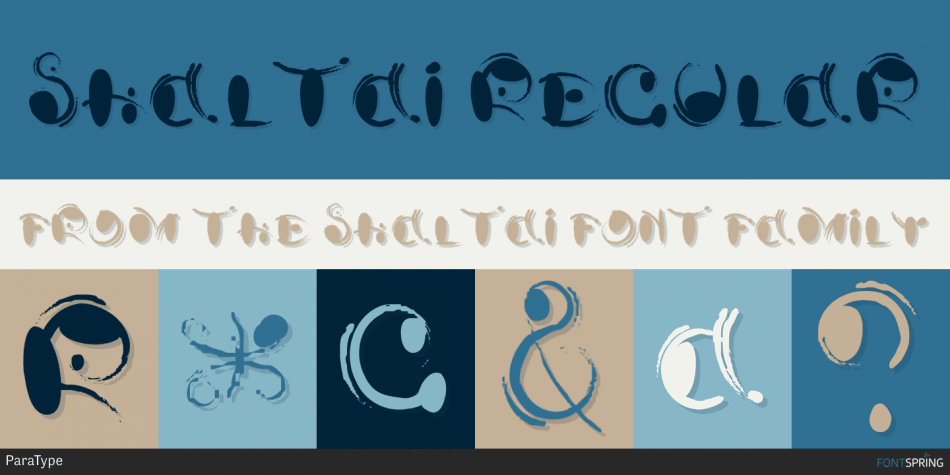 Designed by Ekatherina Galuyan, Shaltai is a kids and brush display font published by ParaType.

Egg-shaped appearance of the characters determines the name of the font. Shaltai Boltai is a Russian brother of English Humpty Dumpty, French Boule Boule and Swedish-Norwegian Lille Trille.

The font can be used for advertizing and display works, children books and so on. It was released by ParaType in 2008.