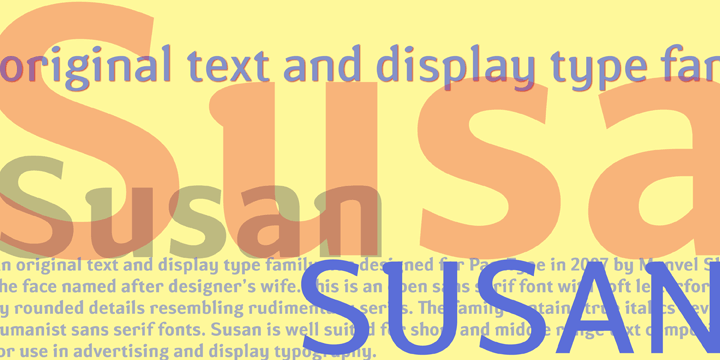 Designed by Manvel Shmavonyan, Susan is a sans serif font family. This typeface has four styles and was published by ParaType.

Susan is an original text and display type family that was designed by Manvel Shmavonyan. The type face is named after designer’s wife.

Susan is well suited for short and middle range text composing as well as for use in advertising and display typography. It was released by ParaType in 2007.