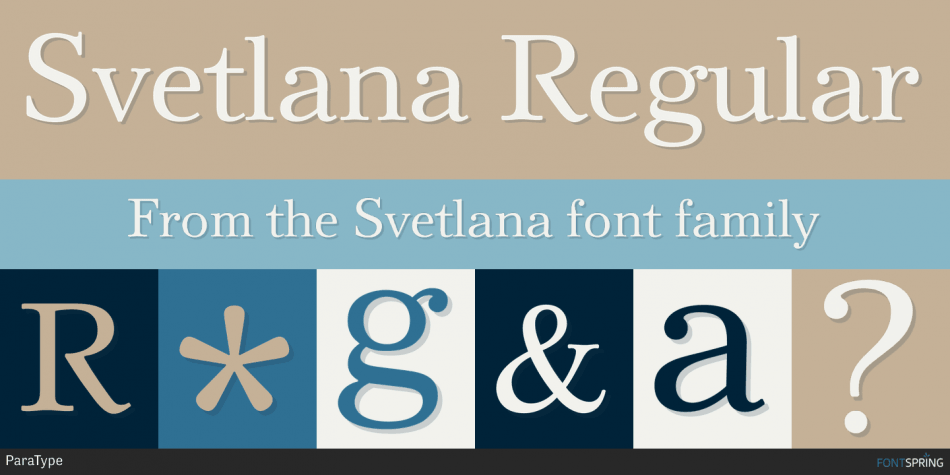 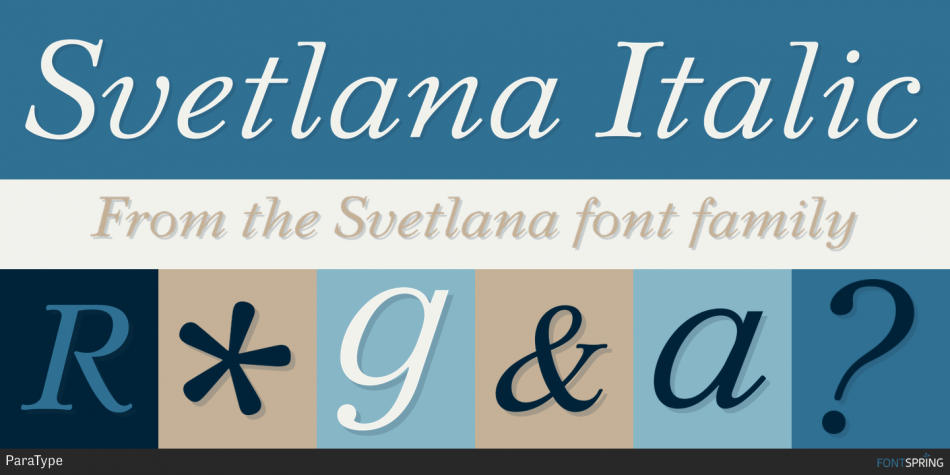 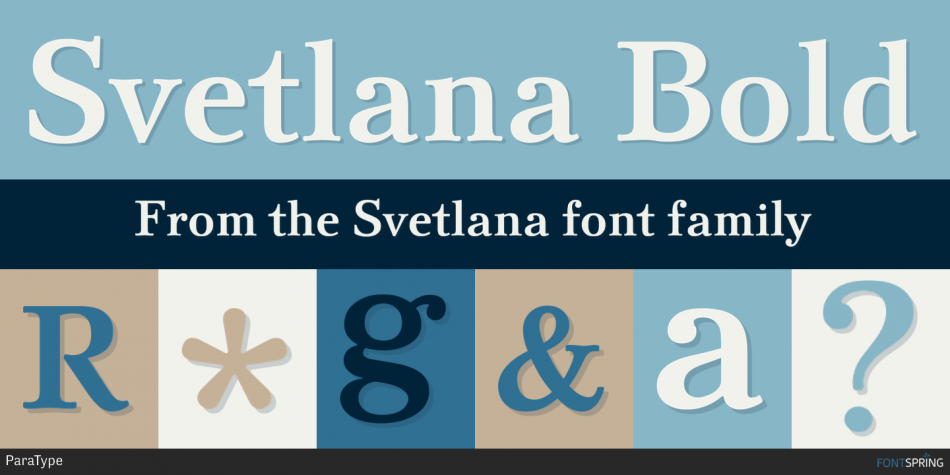 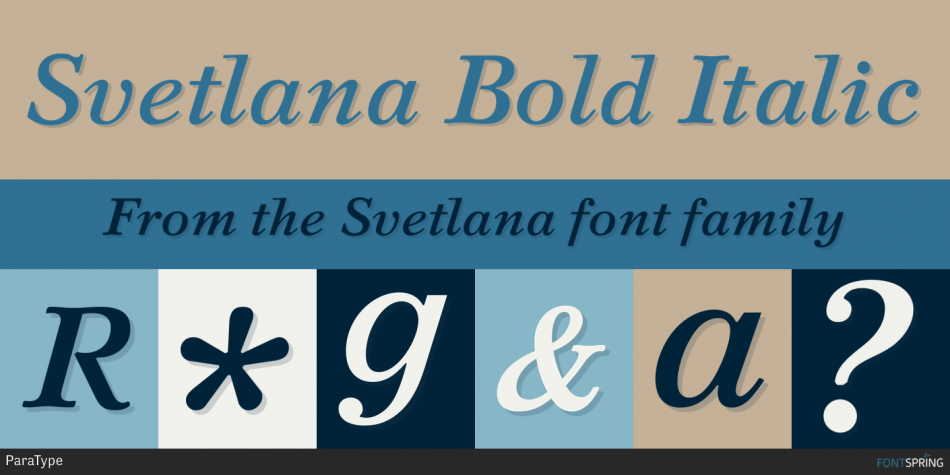 Designed by Lyubov Kuznetsova, Svetlana is a serif font family. This typeface has four styles and was published by ParaType.

Svetlana was designed in 1976–81 by Michael Rovensky (1902–1996) as the body text companion of his Bazhanov Display typeface (1961) of Polygraphmash typefoundry.

It is based on the lettering by Moscow book designer Dmitry Bazhanov (1902–1945). With old-fashioned flavor, this design recreates the Soviet hand-lettering style of the 1940s.

The digital version was developed at ParaType (ParaGraph) in 1996 by Lyubov Kuznetsova.