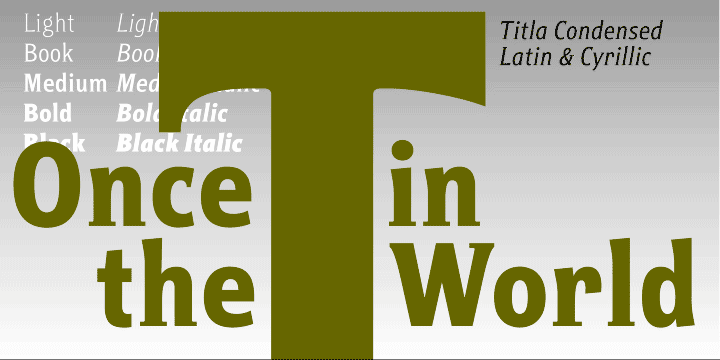 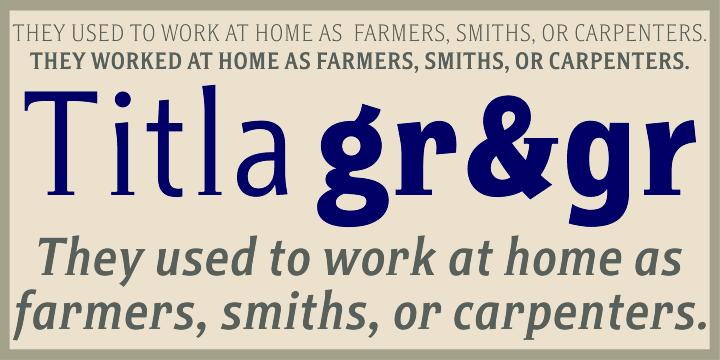 Designed by Oleg Karpinsky, Titla is a serif font family. This typeface has twenty styles and was published by ParaType.

The name of the font Titla emphasizes its heading and display functionality. At the same time, low contrast, narrow proportions, wide variety of weights and clear glyph constructions make it possible to use it for long texts as well.

The combination of modern serifs with flexing stems (see n, p,…) brings fresh, informal and noticeable appearance to the font.

The character set includes alternative variations and specific ‘vertical ligatures’ for paired letters that are built with the help of diacritical forms of letters placed above basic ones. This feature also was reflected in the name of the font as Greek ‘titlos’ means diacritical mark.

The font was designed by Oleg Karpinsky and released by ParaType in 2009.