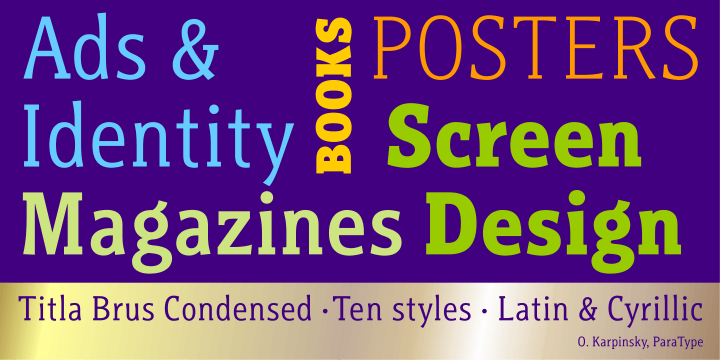 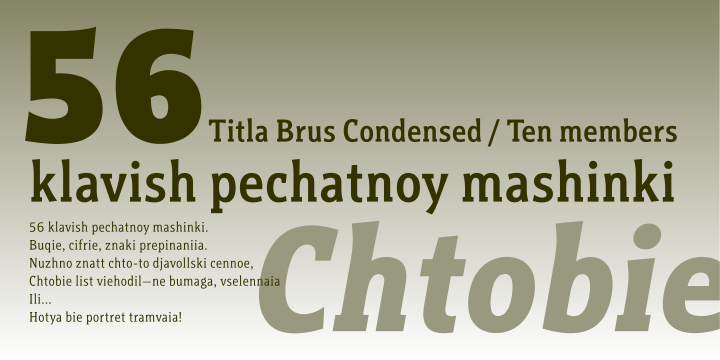 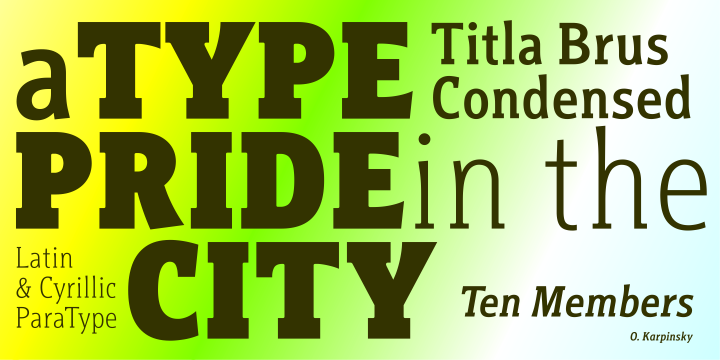 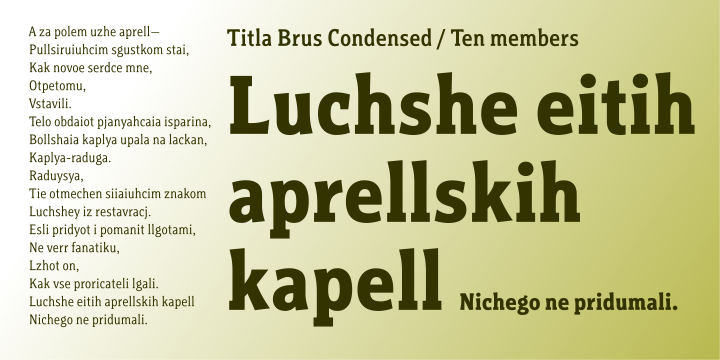 Designed by Oleg Karpinsky, Titla Brus Condensed is a slab serif font family. This typeface has ten styles and was published by ParaType.

Font family Titla Brus was developed as an extension of Titla, released earlier in 2009.

This new slab serif family consists of 20 members the normal and condensed proportions that present 6 weights from Light to Ultra. The fonts can be used in combination with Titla or by itself in different display matters.

The typefaces demonstrate original and catchy way of using serifs—in some places there are traditional slab serifs, in other places—one-sided and often there are no serifs in the places where they normally should be. This approach brings to the letter shapes an unusual appearance and peculiarity.

This design was developed by Oleg Karpinsky and was released by ParaType in 2011—2013 at first as a set of ten condensed styles and later in extended version enhanced by ten normal styles.