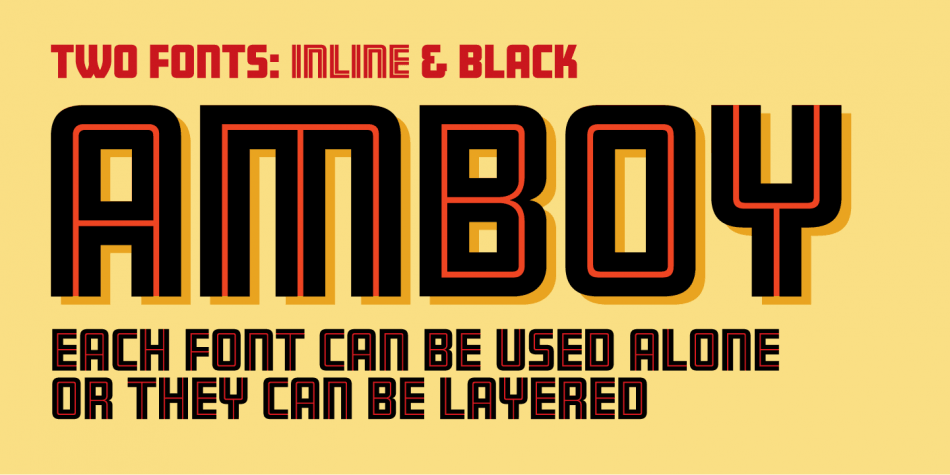 Designed by Jim Parkinson, Amboy is a display sans font family. This typeface has two styles and was published by Parkinson Type Design.

Amboy is a two-font family: Amboy Inline and Amboy Black. Amboy Black is a recent addition. It can be used alone, but it is carefully tailored to fit behind the Inline font to add color to the inline. There are alternate characters: A, M & N in the caps and lowercase key positions.

Amboy is a square gothic style typical of Mid-20th Century Showcard Lettering. A lettering genre known as “Gaspipe.” Signage samples similar to this still exist on buildings in my home town, Oakland, California. I have designed over a half dozen variations of this form over the years. Including Golden Gate Initials, Matinee, Motel, Hotel and Fresno.

This font was designed in 2001 by Jim Parkinson, and has since been refreshed, enhanced, and re-released.