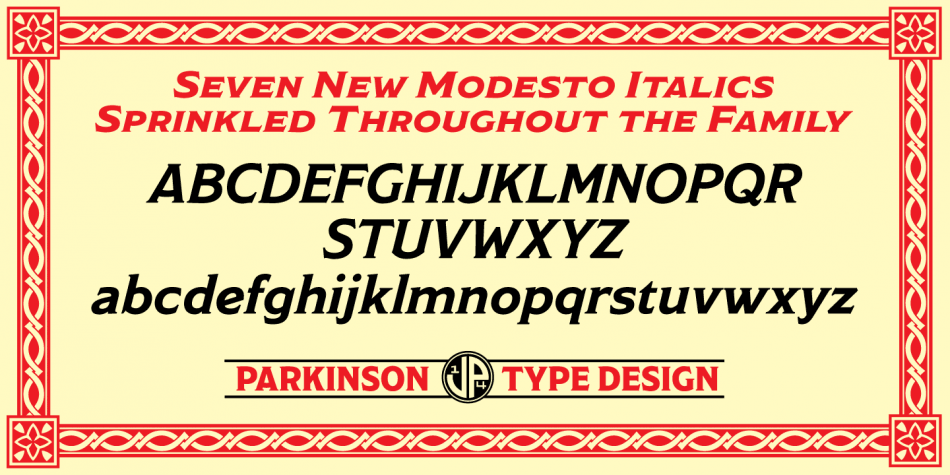 Designed by Jim Parkinson, Modesto is a display serif font family. This typeface has ten styles and was published by Parkinson Type Design. 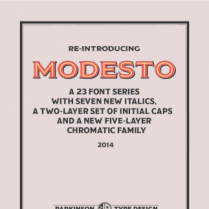 Modesto is a loose-knit family based on a signpainters lettering style popular in the late-19th and early-20th centuries. It evolved from the lettering I used for the Ringling Bros. and Barnum & Baily Circus Logo. The Modesto family was not planned. It just happened, a few fonts at a time over almost twelve years.

Various Modesto font have been released from 2000 through 2012. It was designed by Jim Parkinson.