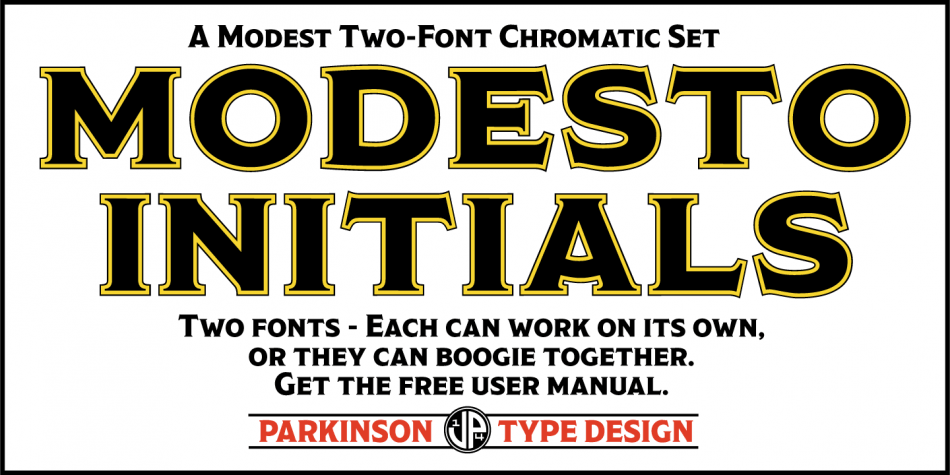 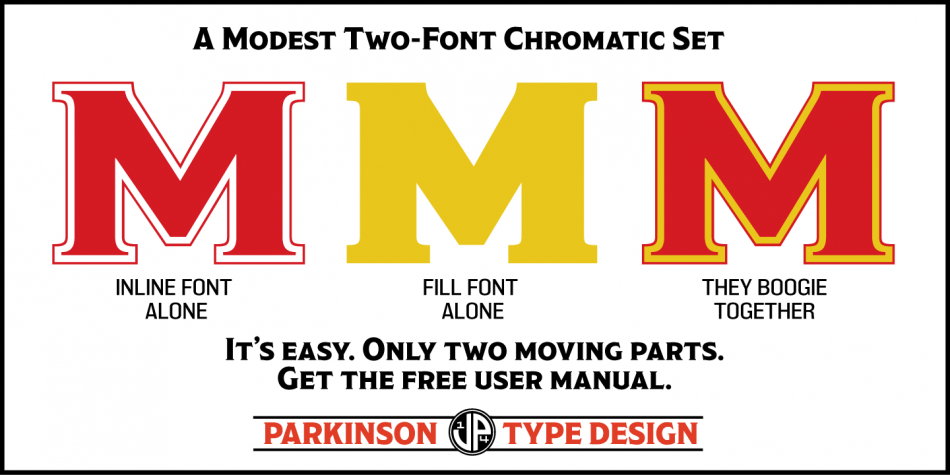 Designed by Jim Parkinson, Modesto Initials is a display serif font family. This typeface has two styles and was published by Parkinson Type Design. 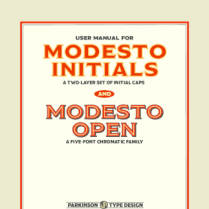 The Modesto Inline font has existed for several years. In 2014 I added what I call a fill font. Set behind the Inline, it is tailored so it fits behind the Inline. The Inline font still works by itself. The Fill font works alone too, as an ultra Modesto on steroids. However, they work best together.

Modesto is a loose-knit family based on a sign painters lettering style popular in the late 19th and early twentieth centuries. The fonts evolved from the lettering I used for the Ringling Bros. and Barnum & Bailey Circus logo. The Modesto family was not planned. It just happened, a few fonts at a time over about fifteen years.