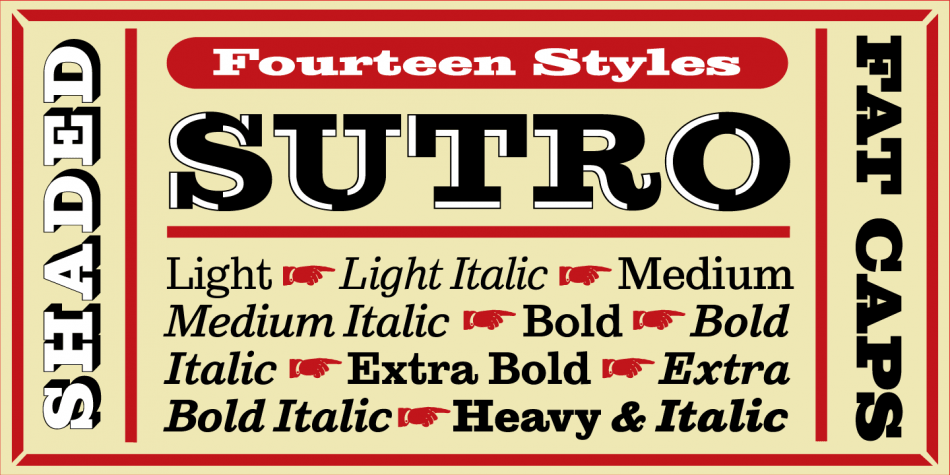 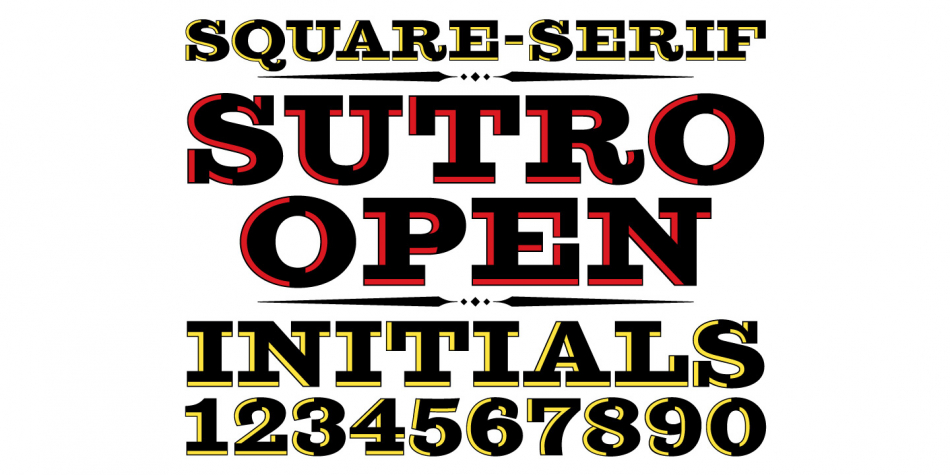 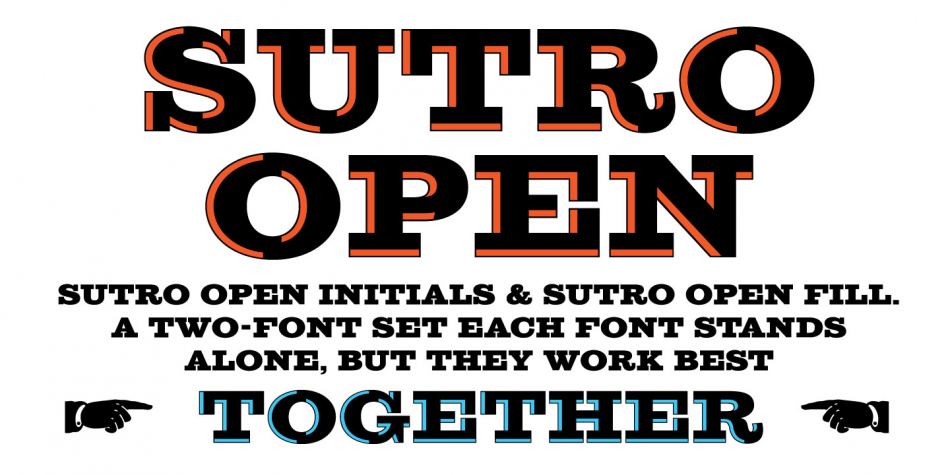 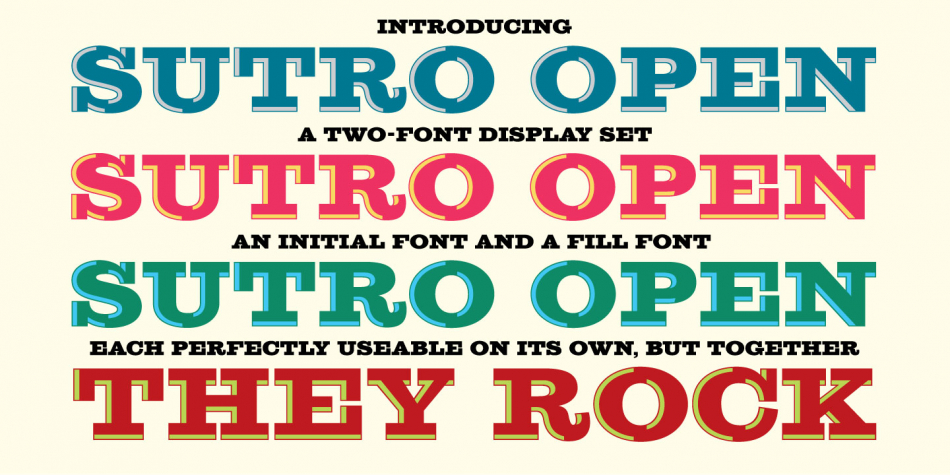 Sutro is a slab serif and display slab font family. This typeface has fourteen styles and was published by Parkinson Type Design. 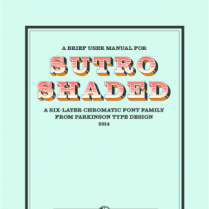 My affection for Slab Serifs began in the early 1960s in Kansas City when Rob Roy Kelly was at the Kansas City Art Institute, teaching and writing his book on American Wood Type. I got to know him just well enough to be allowed access to his fabulous collection of wood type and wood type catalogs.

Later, in the 1970s I tried to re-create an old Nebiolo Egiziano for Roger Black at New West Magazine. And, again for Roger, in the 1980s, I designed a Slab Serif logo for Newsweek Magazine.

Finally, in 2003 I started designing the Sutro Family. Over the last decade I have been dressing up the original fonts and adding a bunch of new ones.

Most recently, I have added a Fill font to Sutro Open Initials. It’s called Sutro Open Fill and together they act as a tiny display family. Each font is capable of standing on it’s own but they are carefully tailored to be used together: The Initial font over the Fill font.