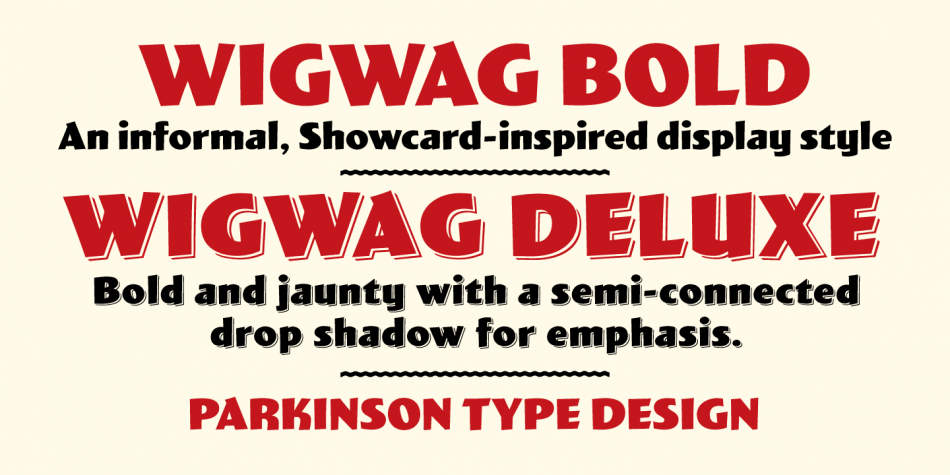 Designed by Jim Parkinson, Wigwag is a comic and display sans font family. This typeface has two styles and was published by Parkinson Type Design.

WigWag Bold and Wigwag Deluxe are bold, informal lettering styles inspired by mid-20th century Showcard Lettering. They were inspired especially by the work of Speedball lettering artist Ross George, and also the work of Cecil Wade and Samuel Welo.

Designed around 2001 by Jim Parkinson, Wigwag has recently been refreshed and re-released.