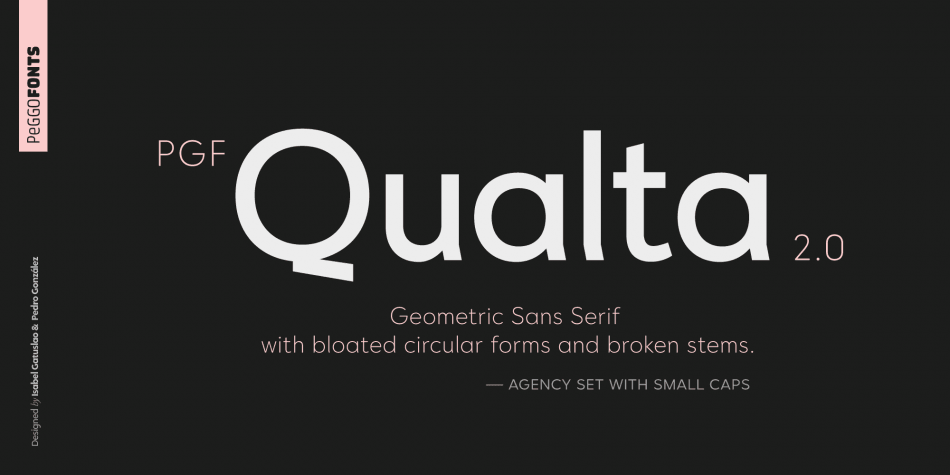 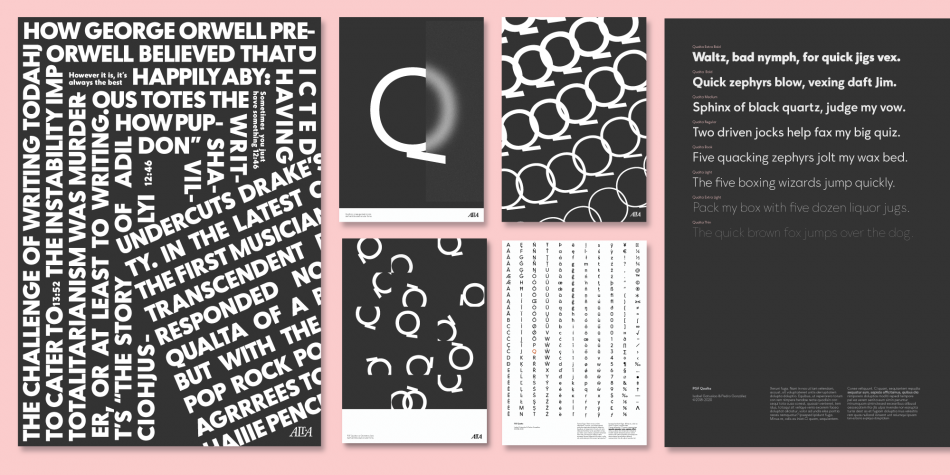 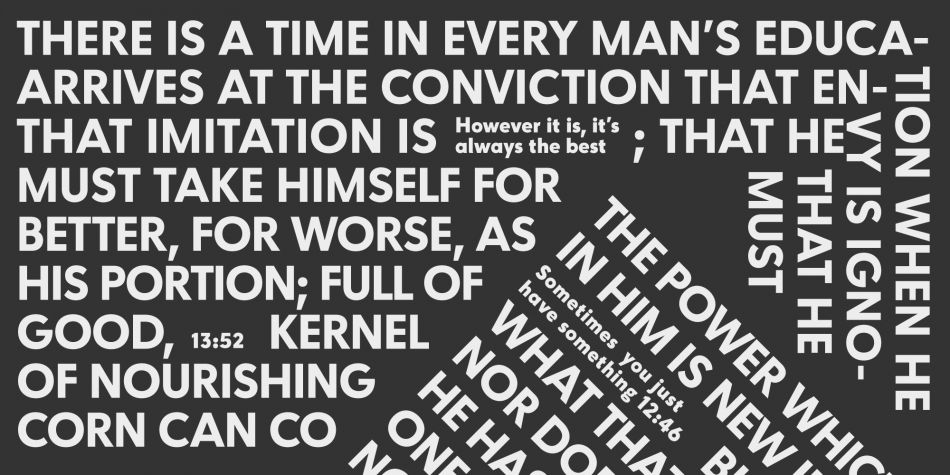 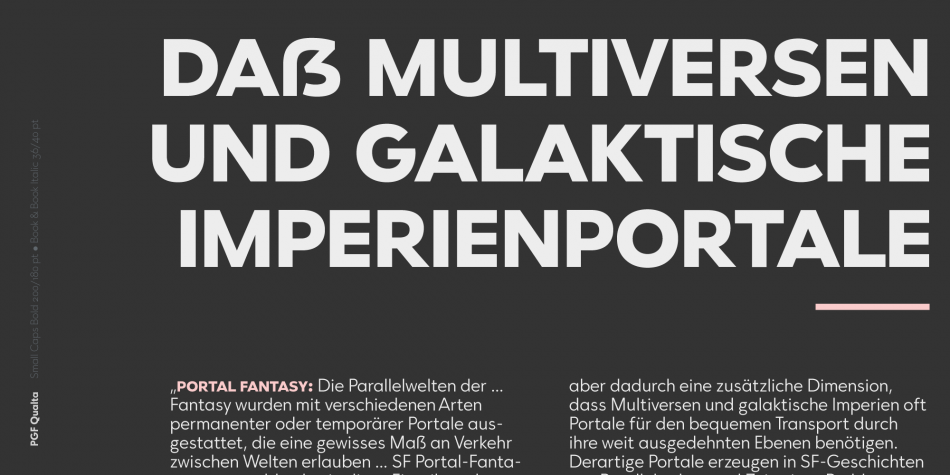 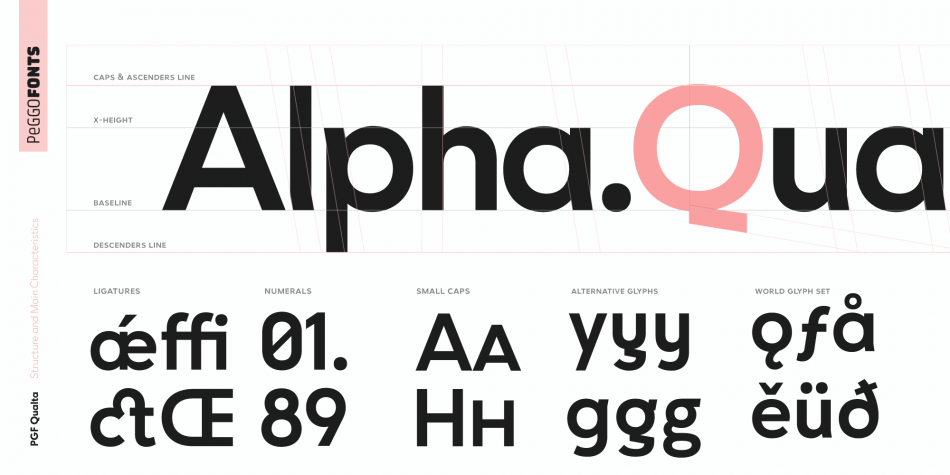 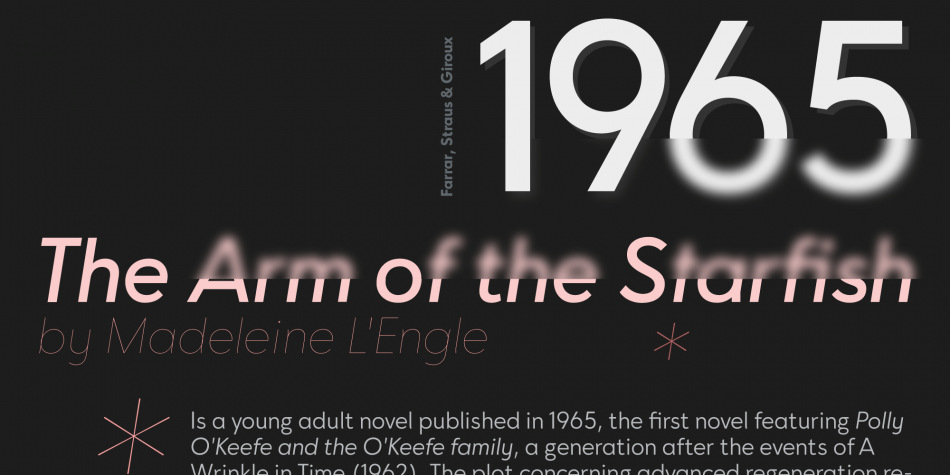 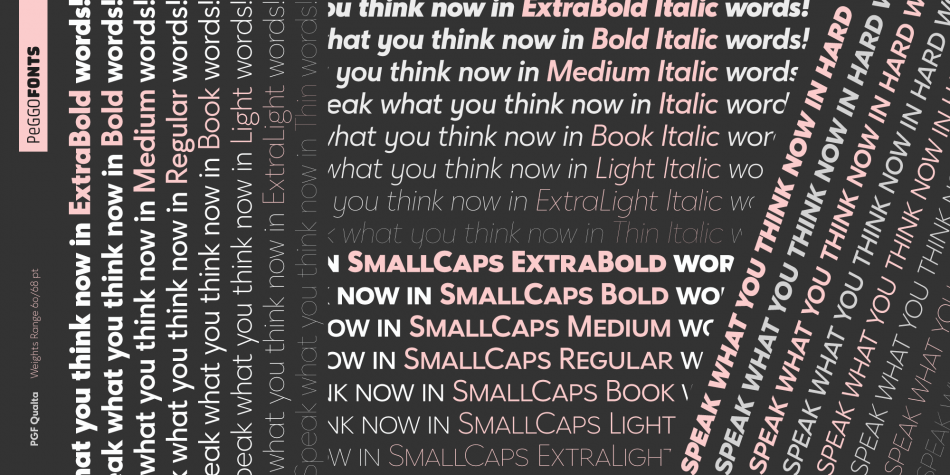 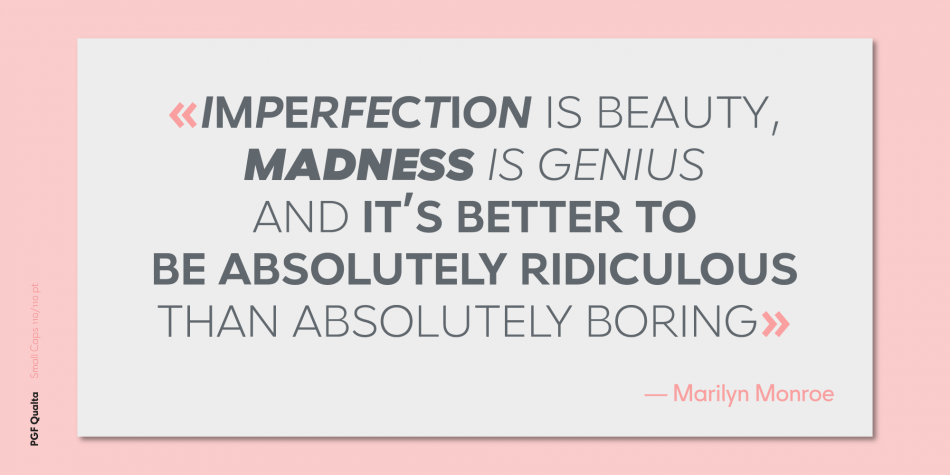 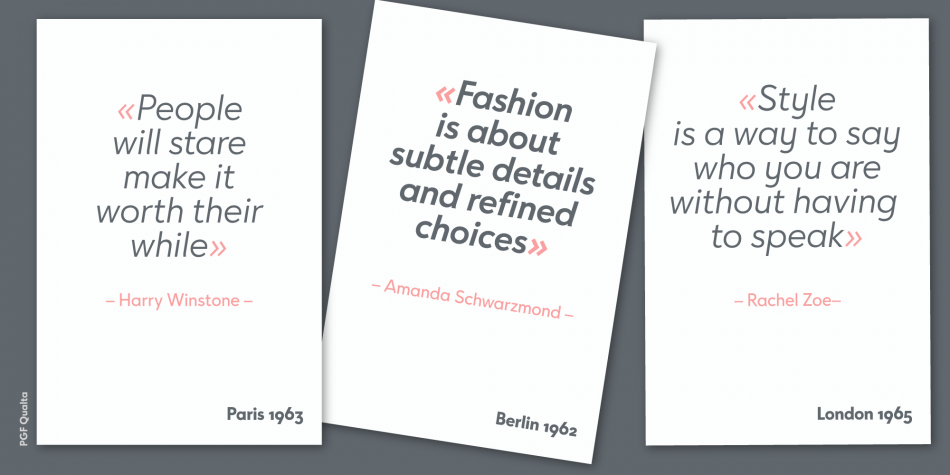 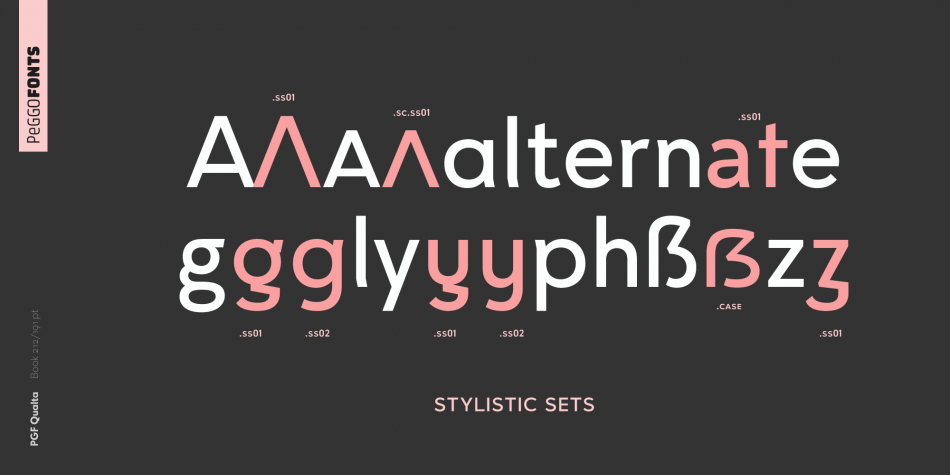 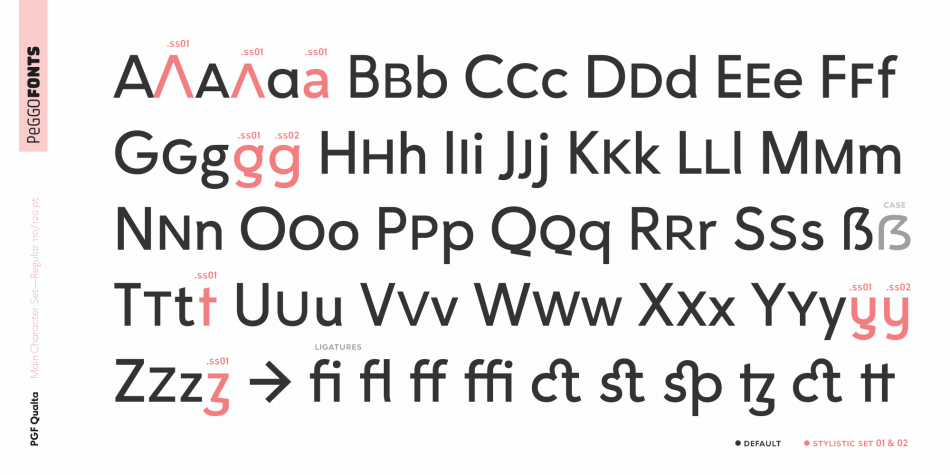 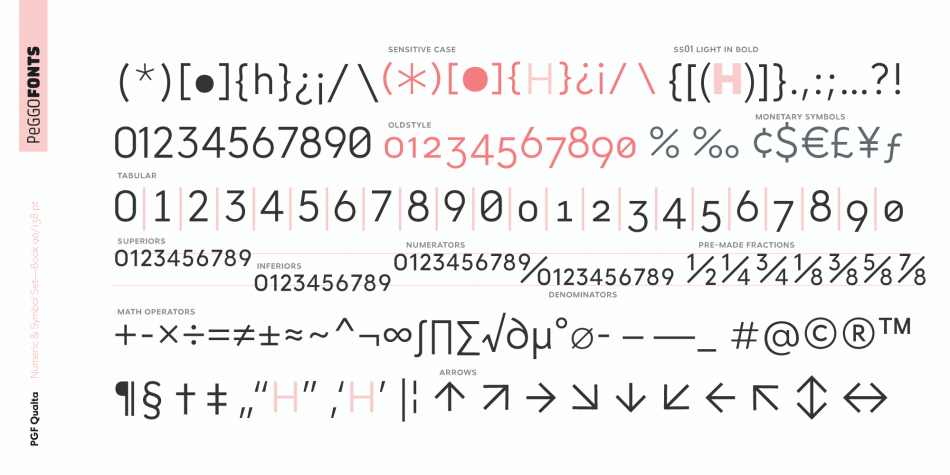 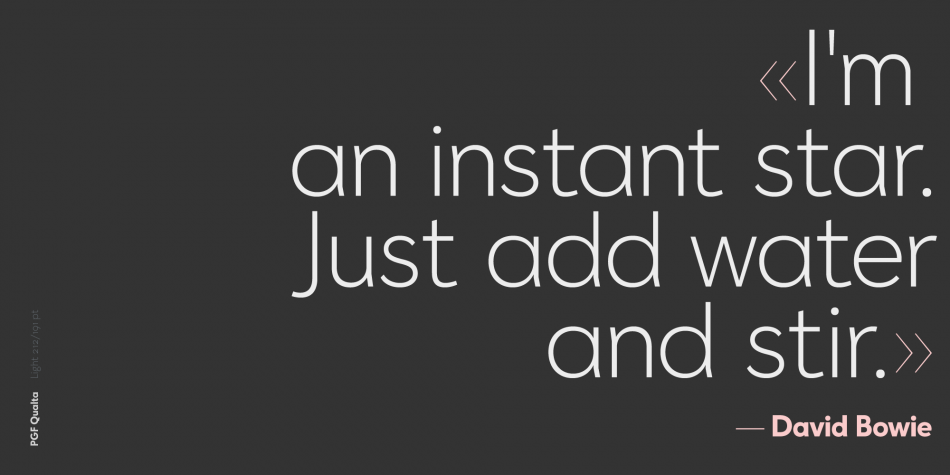 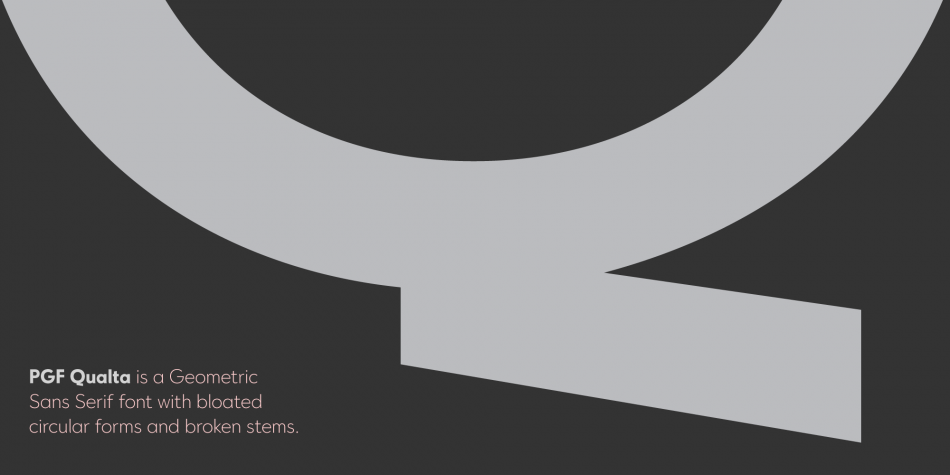 Designed by PeGGO Fonts, Pedro Gonzalez Jorquera and Isabel Gatuslao, PGF Qualta is a sans serif font family. This typeface has sixteen styles and was published by PeGGO Fonts.

Set on producing a geometric sans, it started with the circular form drawn from a 50s television screen. The bloated shape gave an illusion of protrusion and so much open space to the rounded letters. A broken stem was then added to the lowercase to provide a notch that allowed the typeface legibility in smaller sizes.

The typeface was then developed into eight cuts with their corresponding italics. The lower case g includes a variation with a transitional link derived from the upper case Q’s tangent tail. Qualta’s original concept was designed by Isabel Gatuslao and was developed by Pedro Gonzalez.