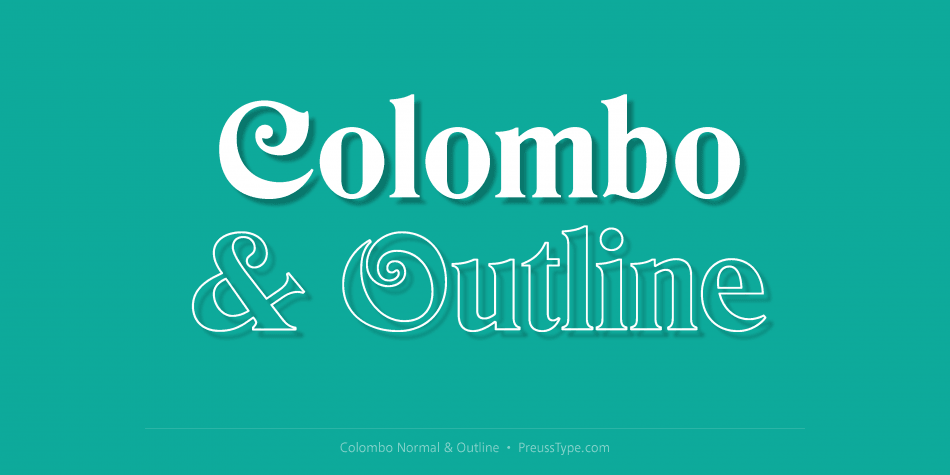 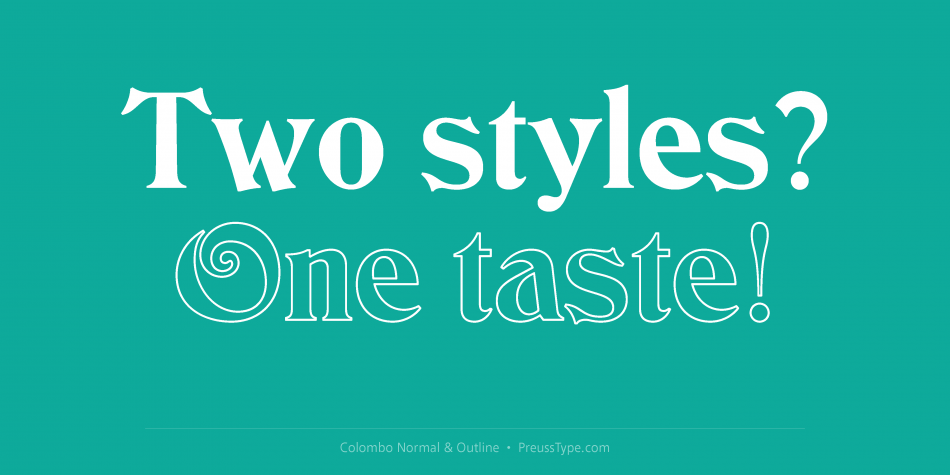 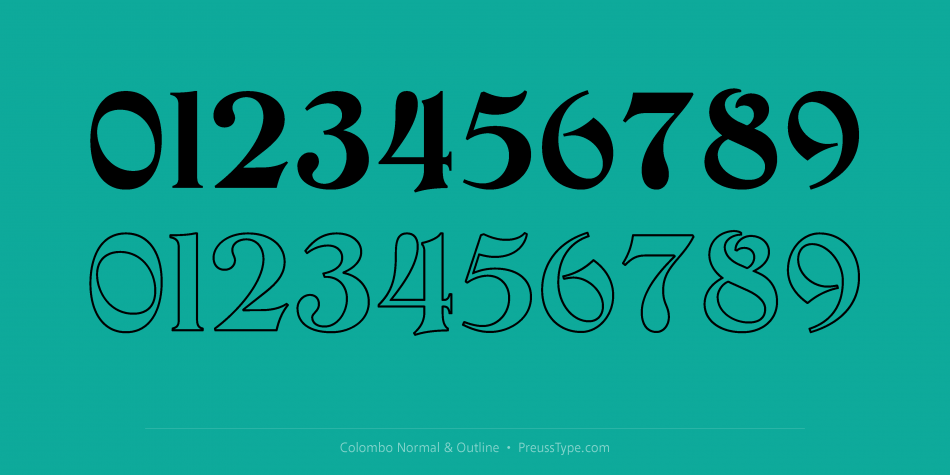 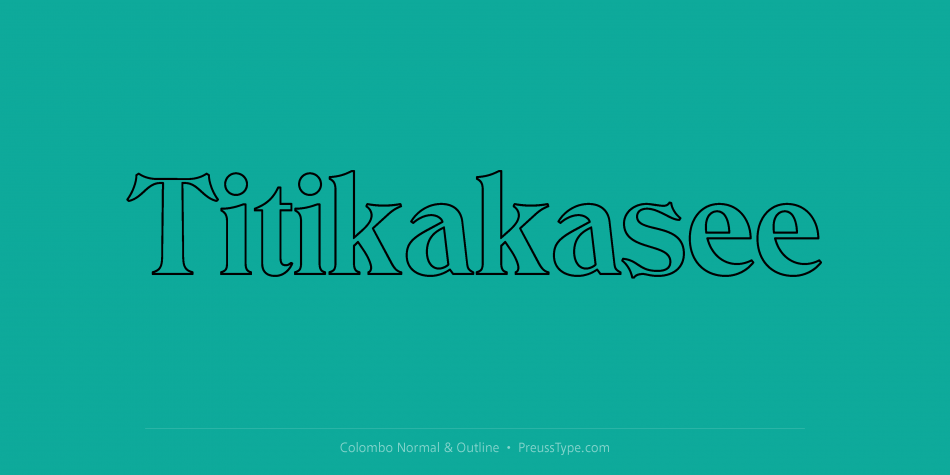 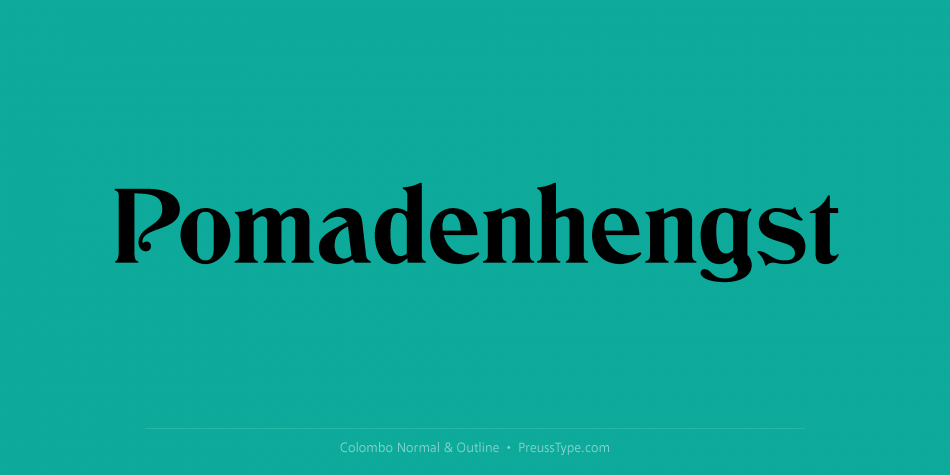 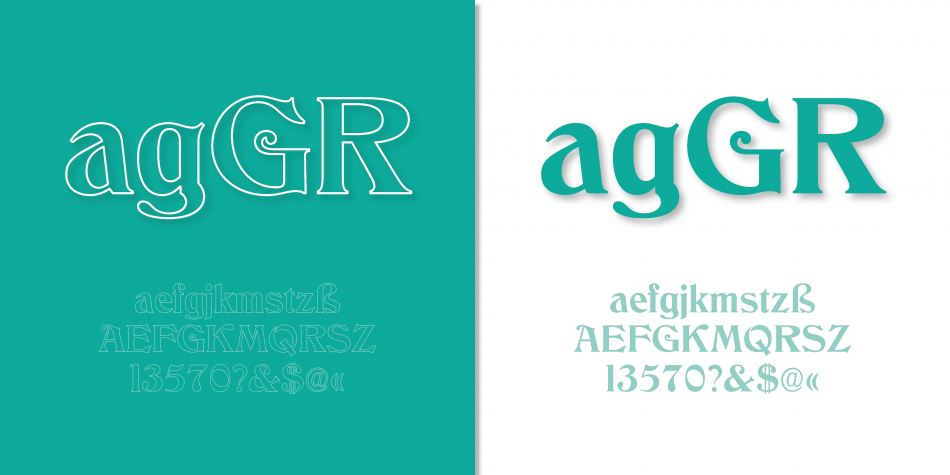 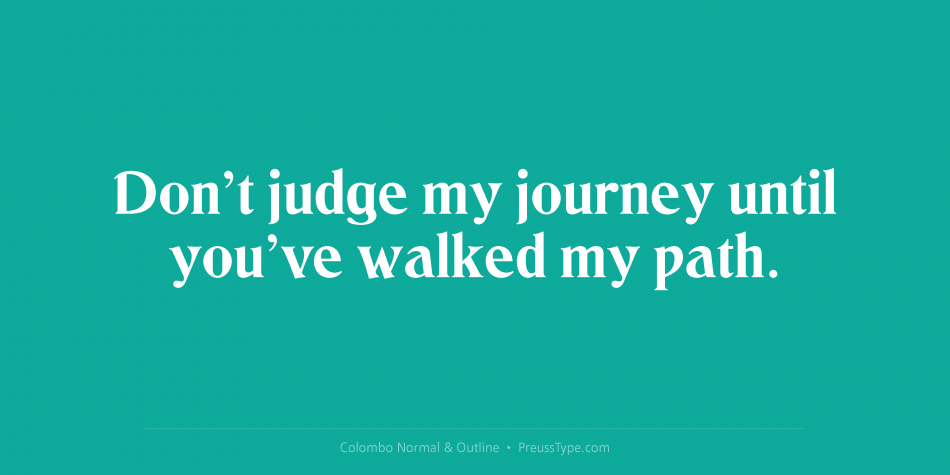 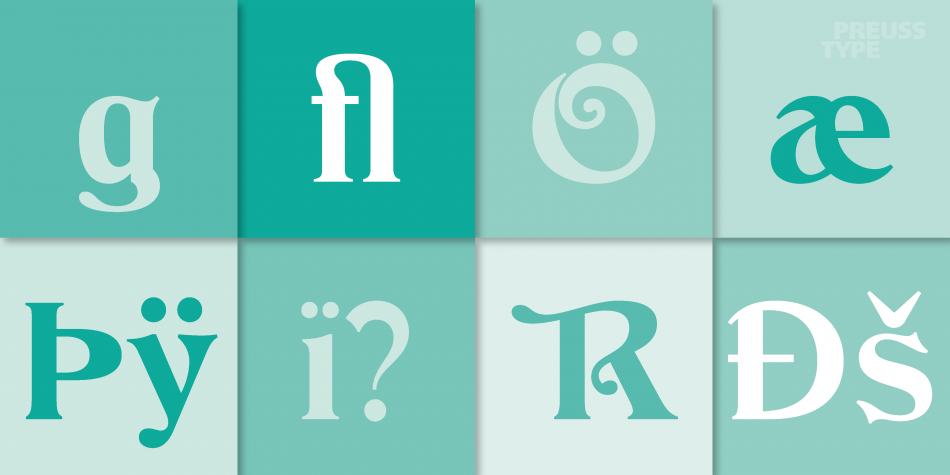 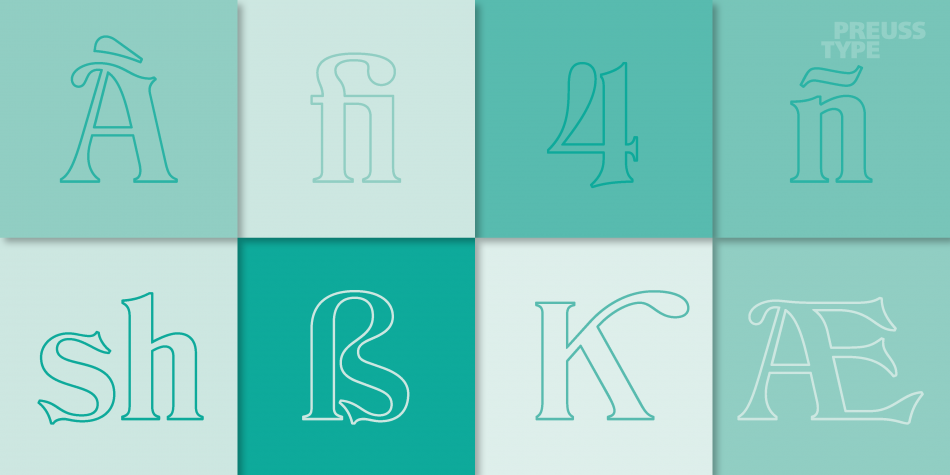 Colombo is a display serif font family. This typeface has two styles and was published by preussTYPE. 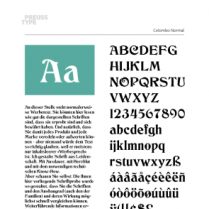 With more than 80 fonts in more than 300 different sizes in its portfolio Hermann Ihlenburg perhaps is the most productive, classicists, and rarely for good any designer of all time.

PreussType offers them two on this page: Colombo Normal and Colombo Outline.

1843 in Berlin Ihlenburg was born interest in drawing and engraving very early in his childhood. He was recorded around the age of fourteen type foundry in Berlin as an apprentice in the Trowitzsch & son. He went shortly after the end of their apprenticeships to Dresden, later as engraver to Prague, where he began to work the Foundry as an engraver for the G. Haase. A year later he took up a post in three different foundries temporarily: Flinsch in Frankfurt/Main, the Battenburg Foundry (later Gustav Majeur) in Paris and the Foundry Basler in Berlin.