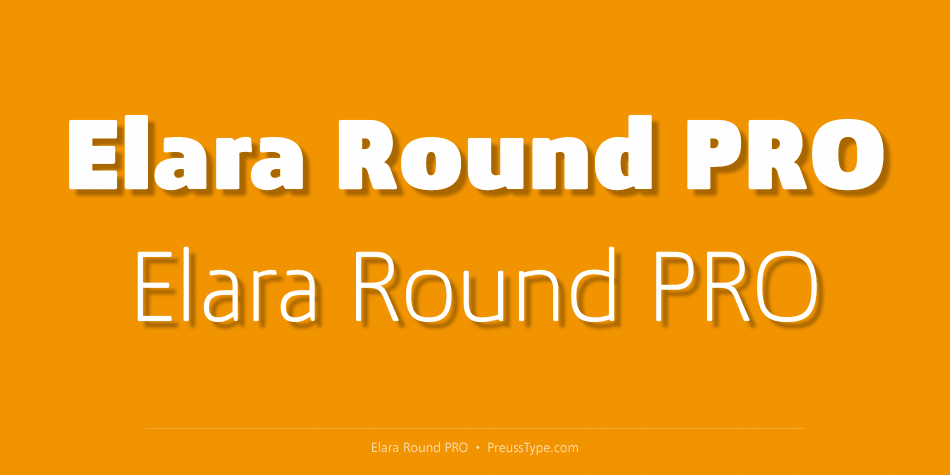 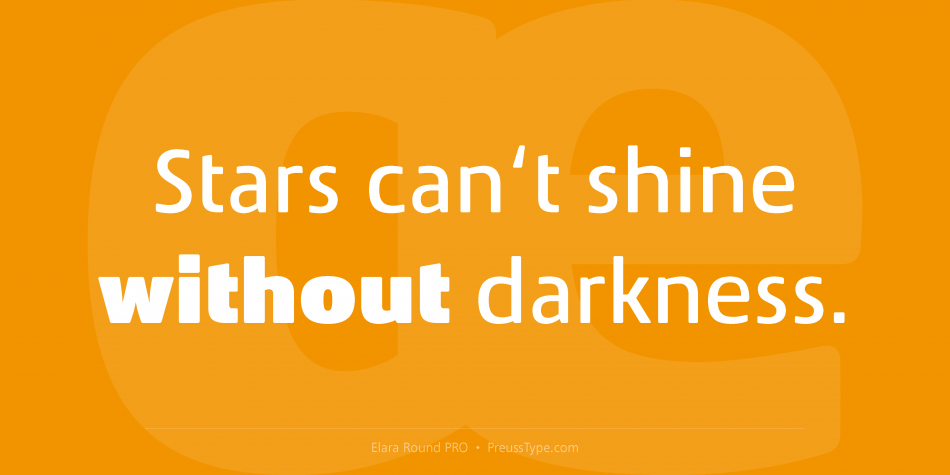 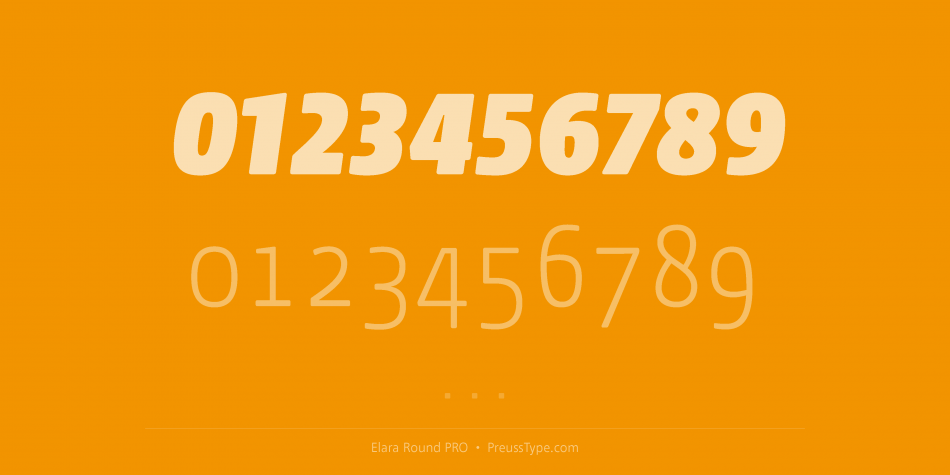 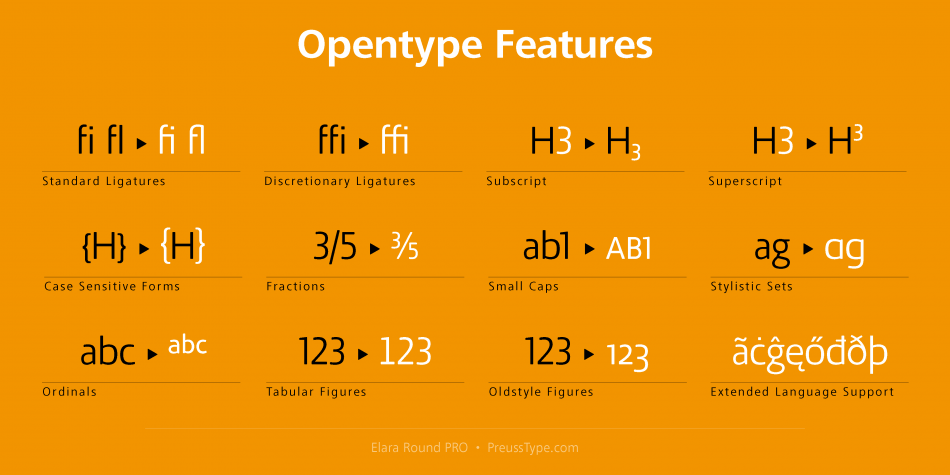 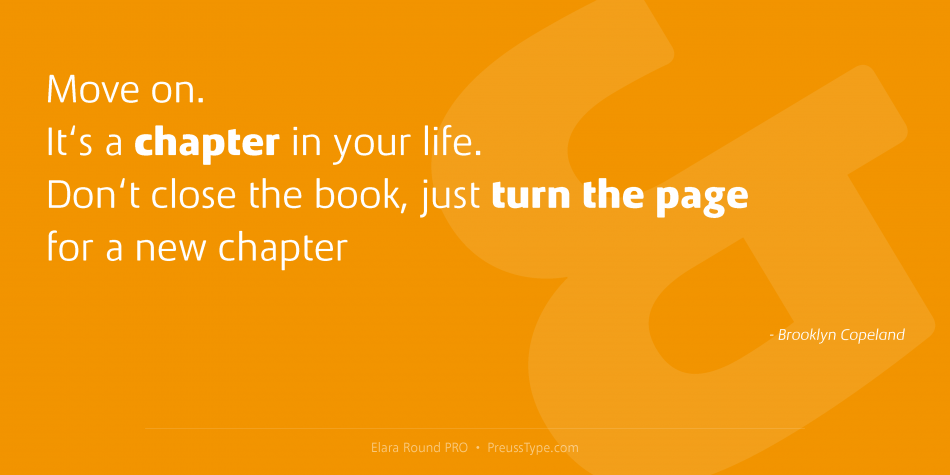 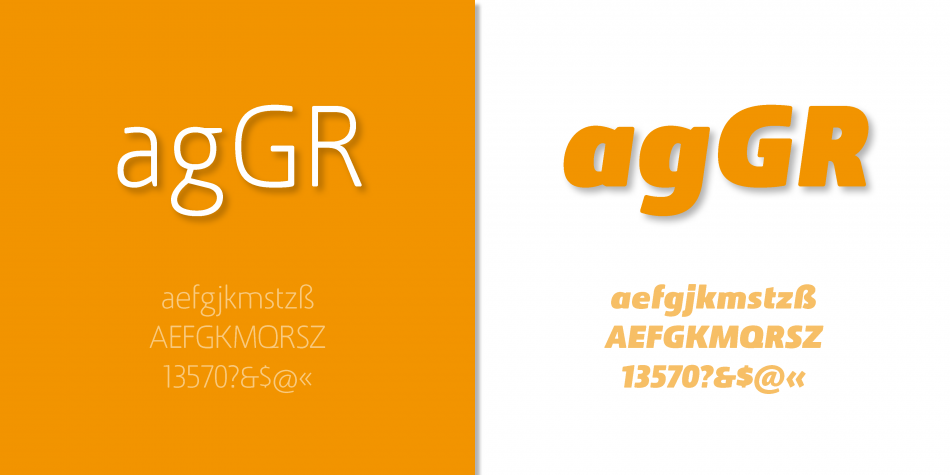 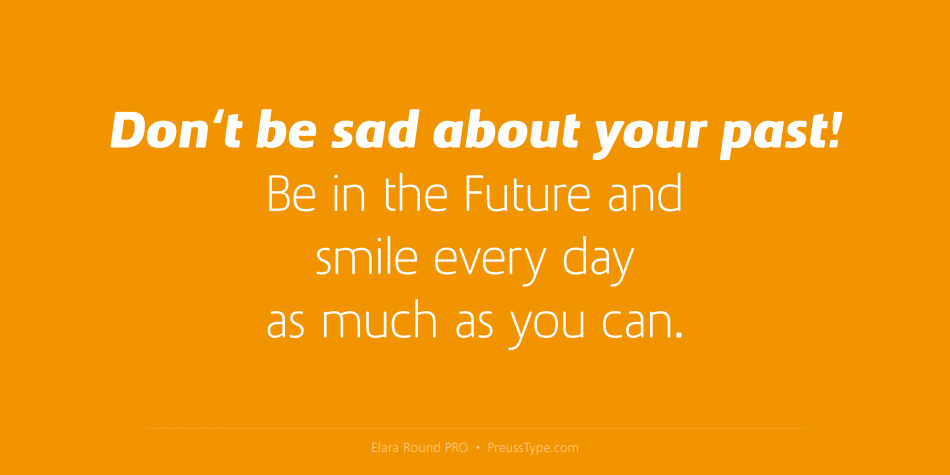 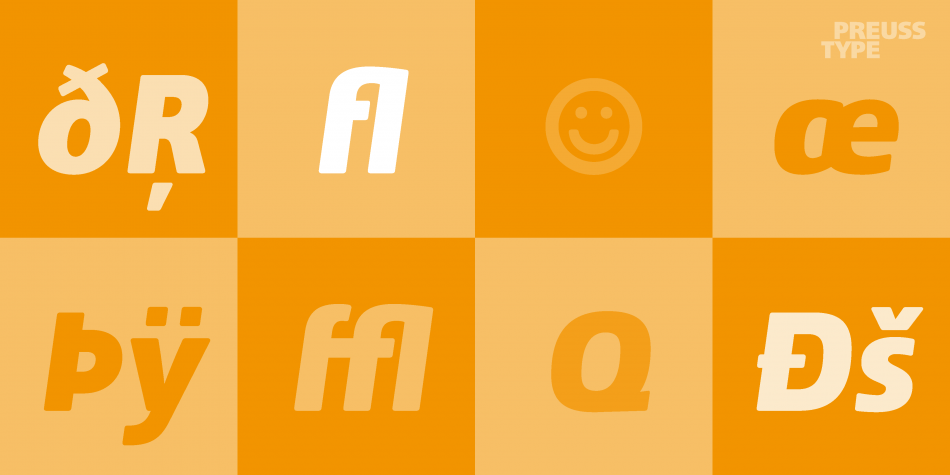 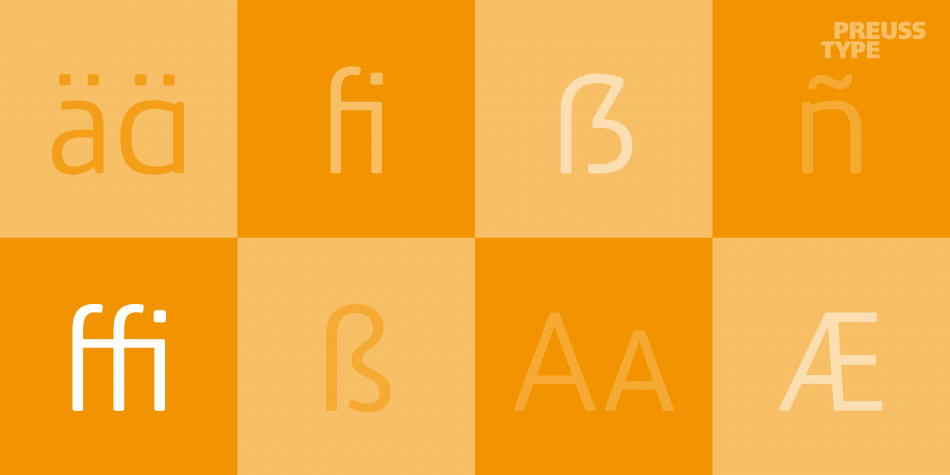 Elara Round PRO is a sans serif font family. This typeface has twelve styles and was published by preussTYPE. 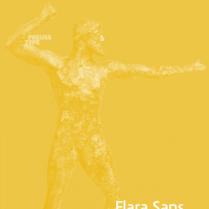 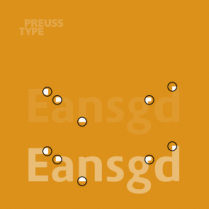 Elara Round and Sans PRO is a contemporary sans-serif. Inspired by both grotesque and humanist models, its clean and prudent with a warm, friendly tone.

The Italics are designed at an italic angle of 10 degrees. All the letter forms have been kept similar while designing italic instead changing the form e.g. a remains same double story in italic also instead changing it to single story. The intention is to keep it simple and neutral which helps communicate the corporate sense of professionalism.

Extra care was taken in creating the OpenType features in Elara Round and Sans PRO. Details were included to help make high-quality typesetting easier, such as case-sensitive punctuation and an optically-correct superscript. A stylistic set in the italics provides alternate two-story forms of the a and g. Even the default numbers are the proportional width old-style forms for a more refined all-around text appearance. There are also lining figures for setting with caps and tabular-width versions for setting tables.

Every style of Elara Round and Sans PRO also has a full set of built-in small caps, even the italics. There is also an expanded character set, supporting over a hundred languages. And with weights ranging from extra thin to ultra heavy, Alright Sans proves itself to be a versatile and useful family for a wide range of projects.

The shown here style »Elara Round« suitable especially in headlines, posters and in larger sizes.