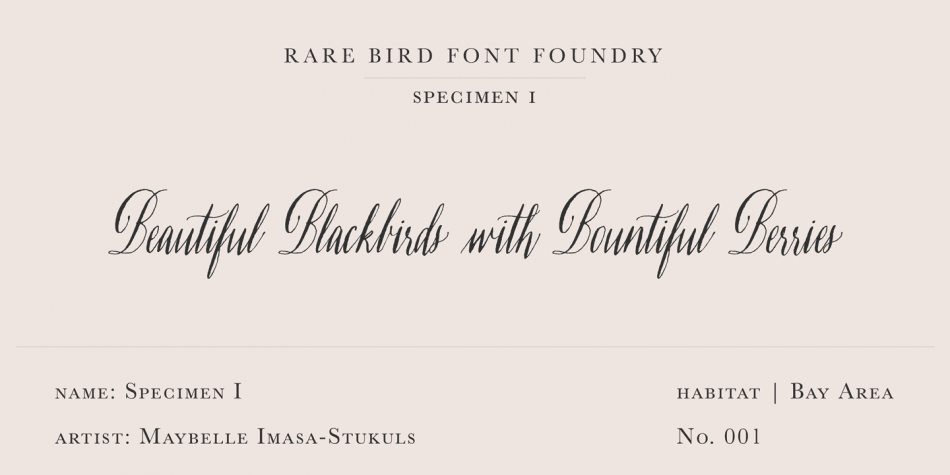 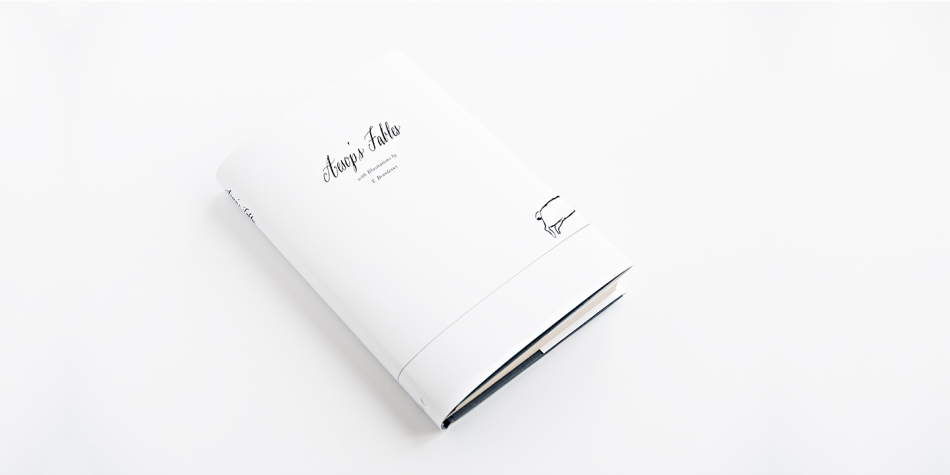 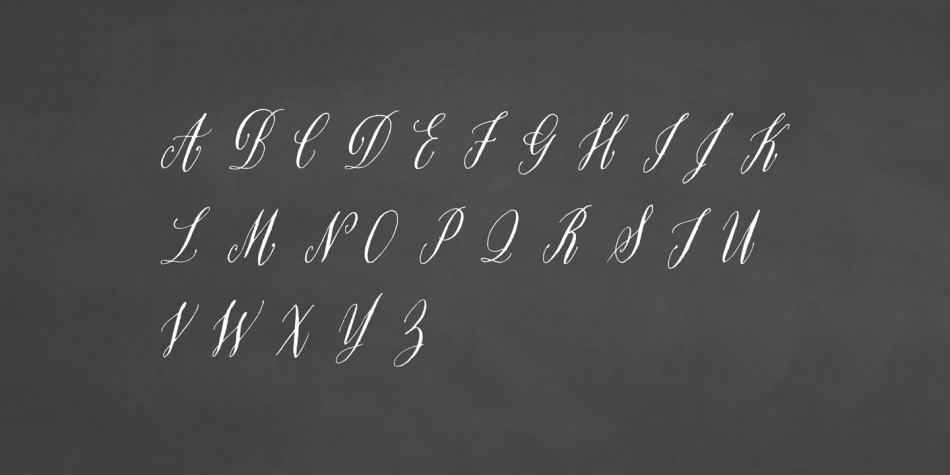 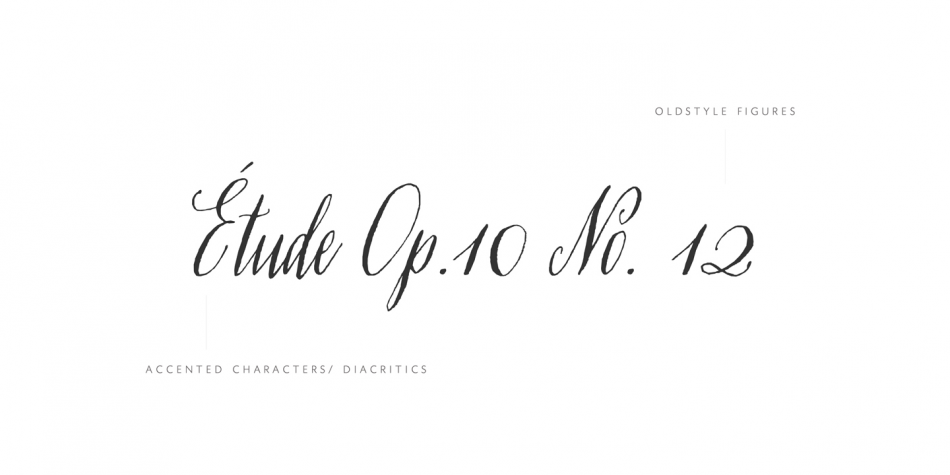 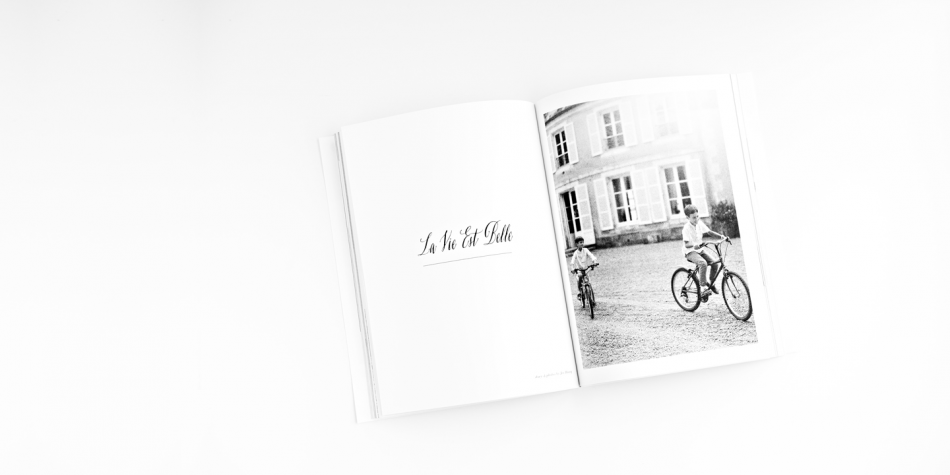 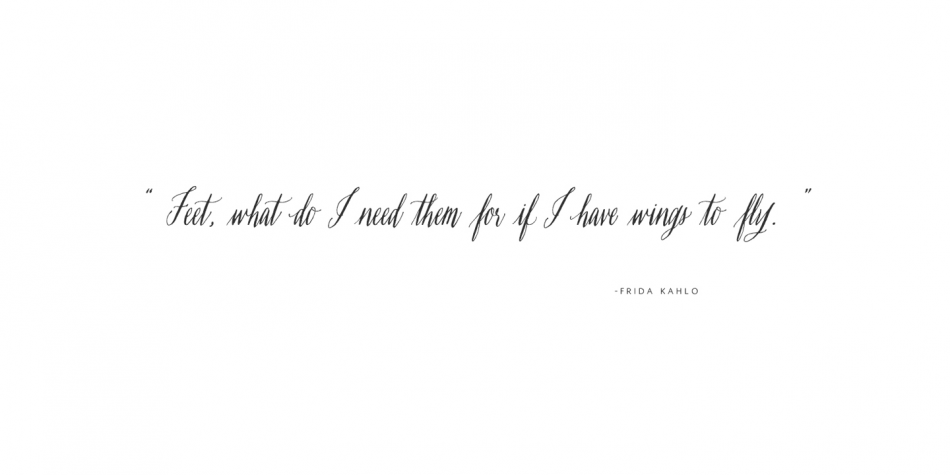 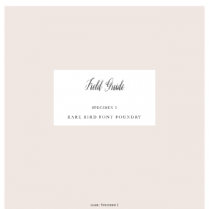 From the the doyenne of modern calligraphy—Maybelle Imasa-Stukuls, we bring you Specimen I, a charming script lettered in Ms. Imasa-Stukuls’ signature hand.

Specimen I stands on its own. Its subtle nuances make it stand out in a flock of fonts. It is easily recognizable, but it is never one to be too showy. Give it plenty of white space, so every quirk and curve can be noted.