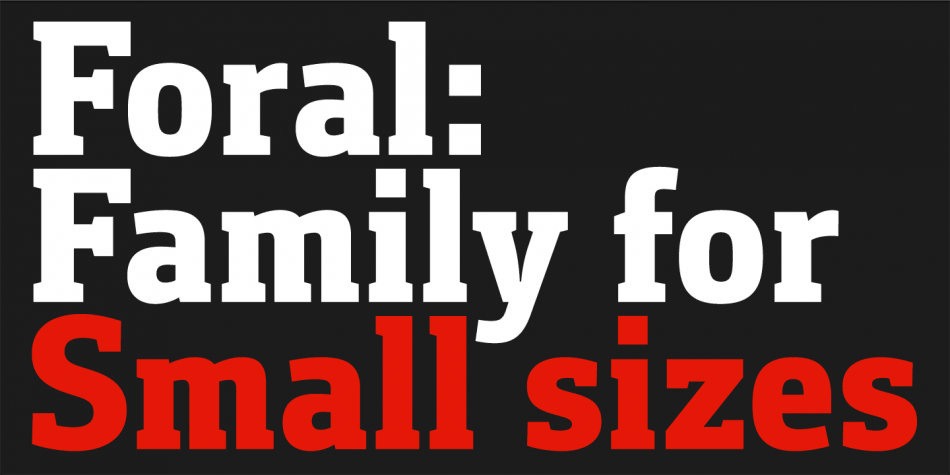 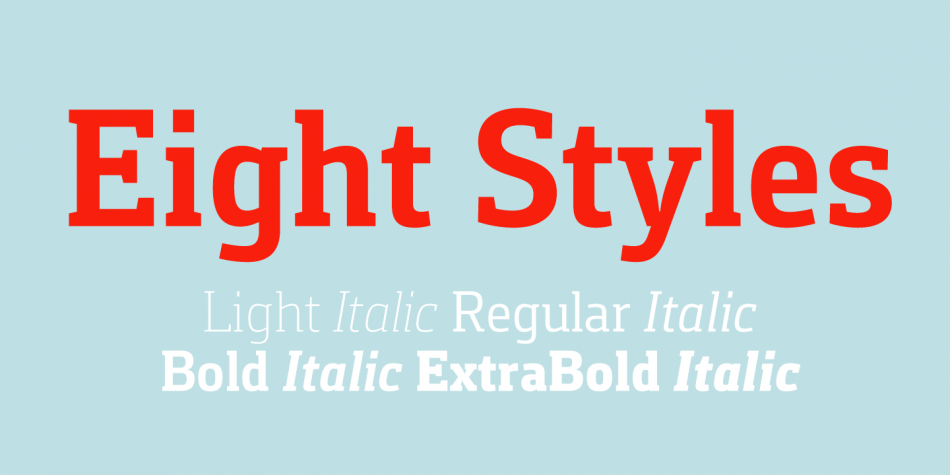 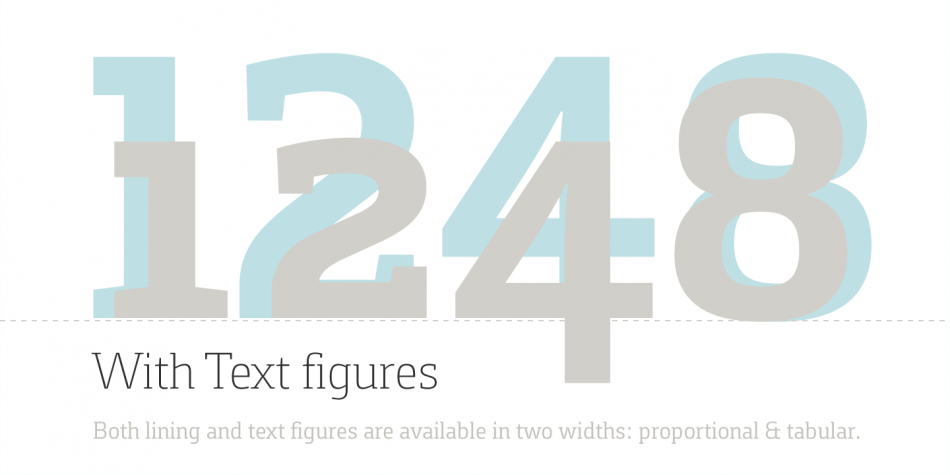 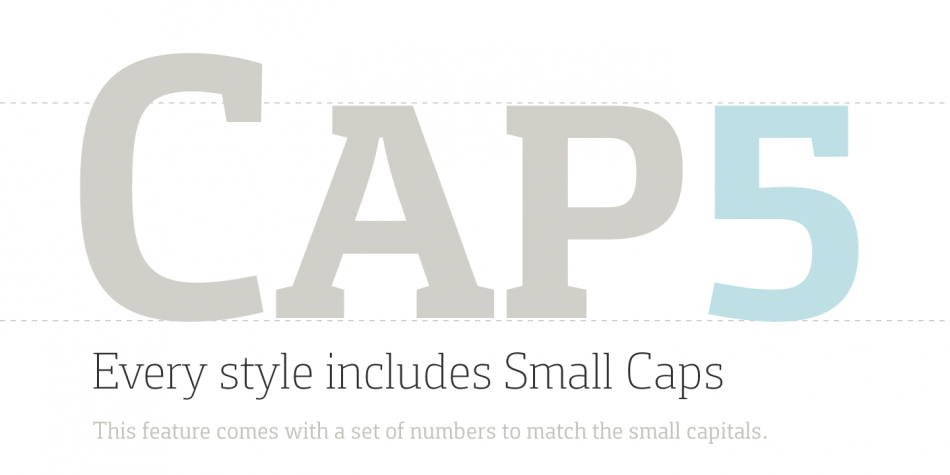 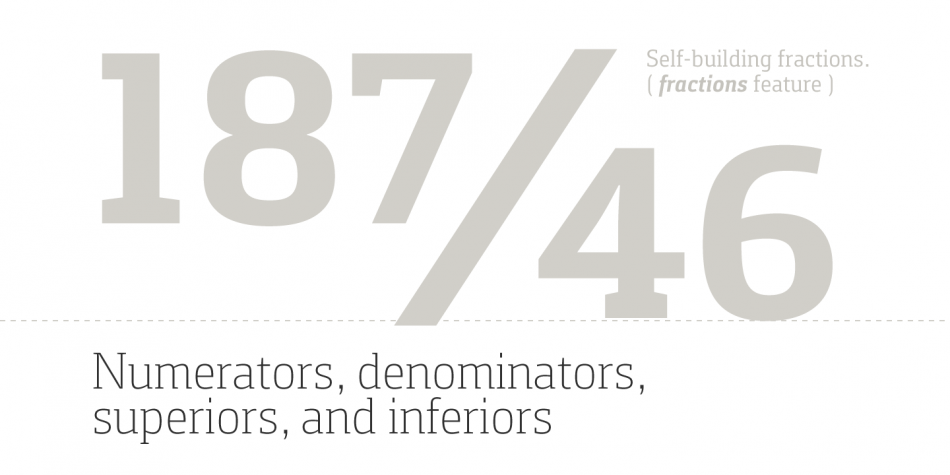 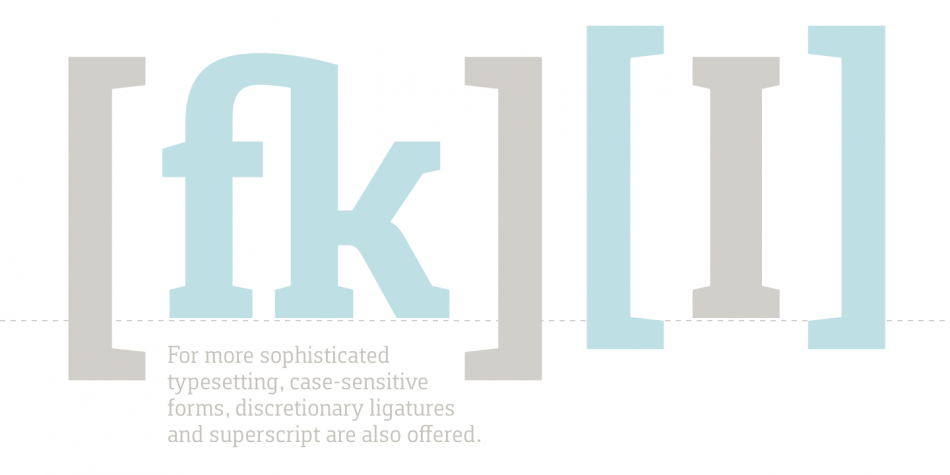 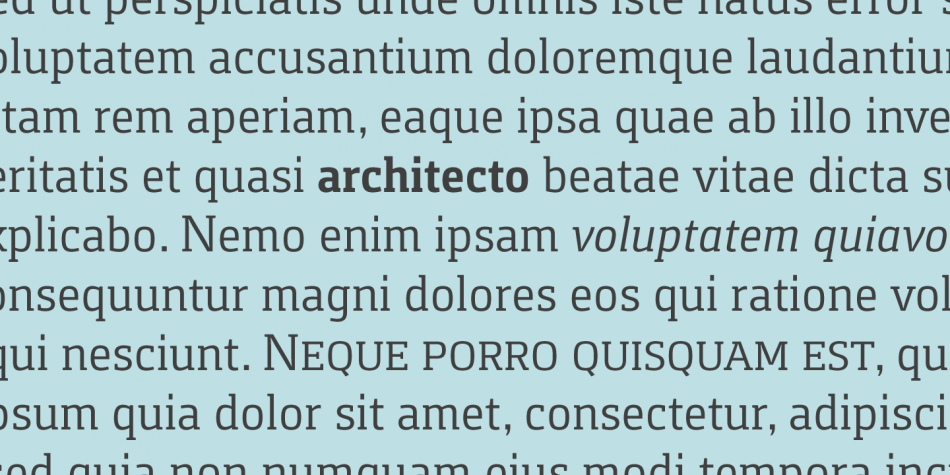 Foral Pro is a slab serif font family. This typeface has eight styles and was published by Rui Abreu.

Foral Pro is an economic slab serif typeface designed for text and caption sizes. It features pronounced ink-traps that open the insides of some of the letters, to avoid the clogging of black, and allow for more condensed shapes.
The serifs are shorter than usually seen in slab serif fonts. They function more as a reinforcement of the stroke ends, making the letter shapes clear and distinct, while attaining a clean sans-like feeling in text settings.
To also look good on bigger sizes, the ink traps were carefully rounded to be a pleasant counterpoint to the geometric rigidity of the predominant straight lines.
For more sophisticated typesetting, Foral Pro comprises eight fully featured OpenType fonts, including small caps, eight figure styles, superscript letters and discretional ligatures.