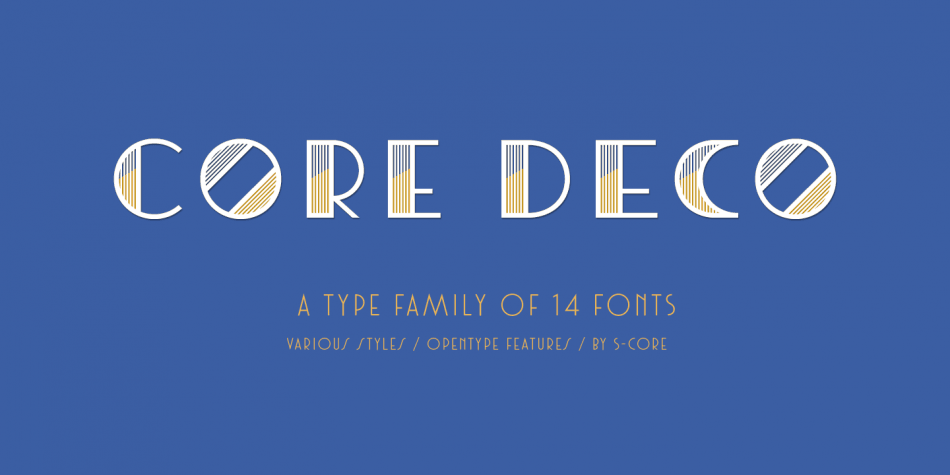 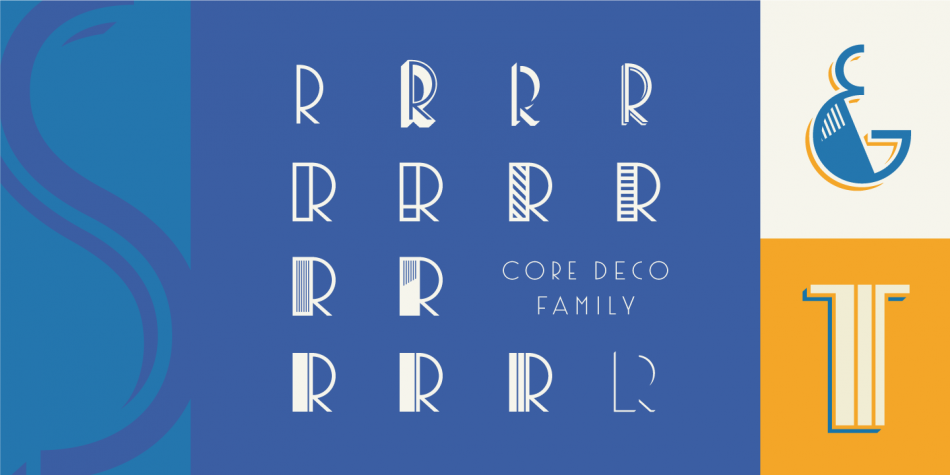 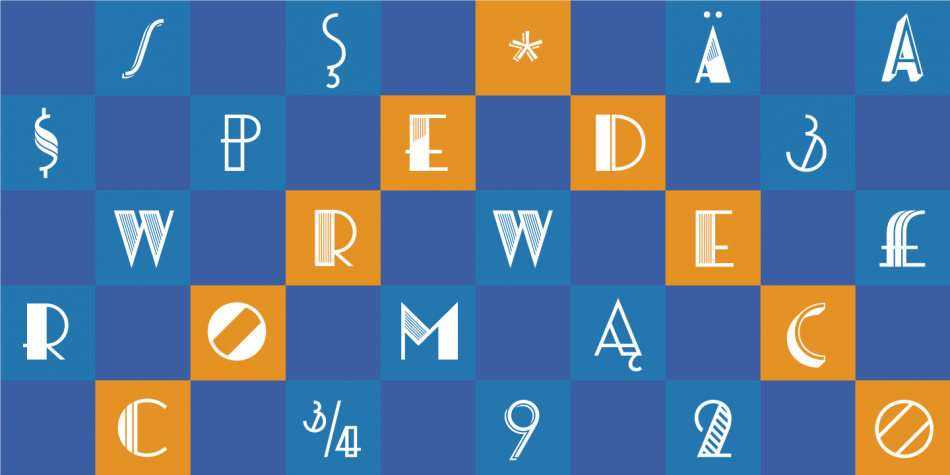 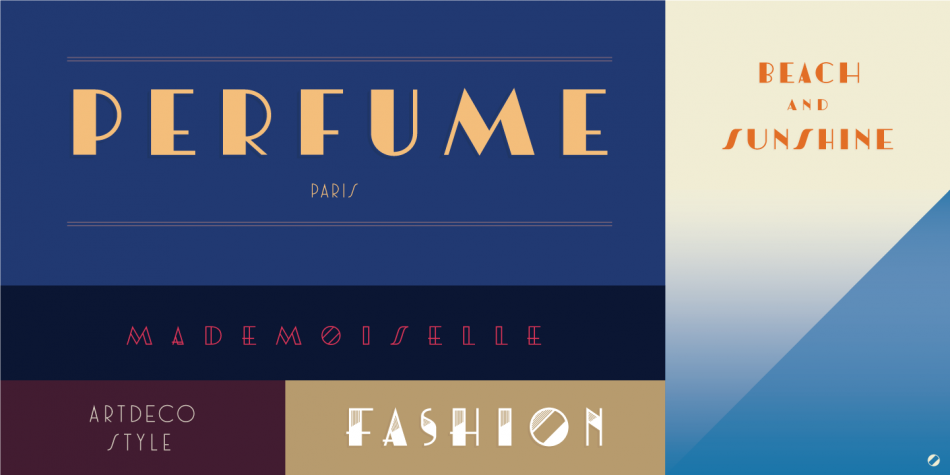 Core Deco is a display sans and art deco font family. This typeface has fourteen styles and was published by S-Core.

Core Deco is an Art Deco Fonts Family which consists of various styles, inspired by some art deco posters from late 1930s to 1950s.

There are two major styles of this type family. One is thin and elegant and another has strong contast. Each style has alternative shape like 3-D structures, patterns, outlines and so on. Except for Core Deco, others are named Core Deco A,B,C as their styles. Basically every single font of Core Deco family has geometric shape and two width variations of characters, narrow and wide. Despite of different styles, every font goes well together because of their common parts. Though it’s not intended, some similar styles could be layered together.