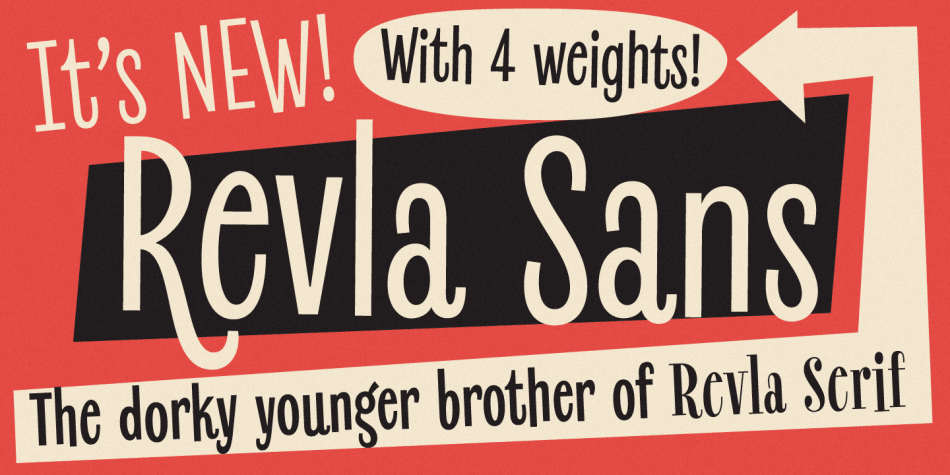 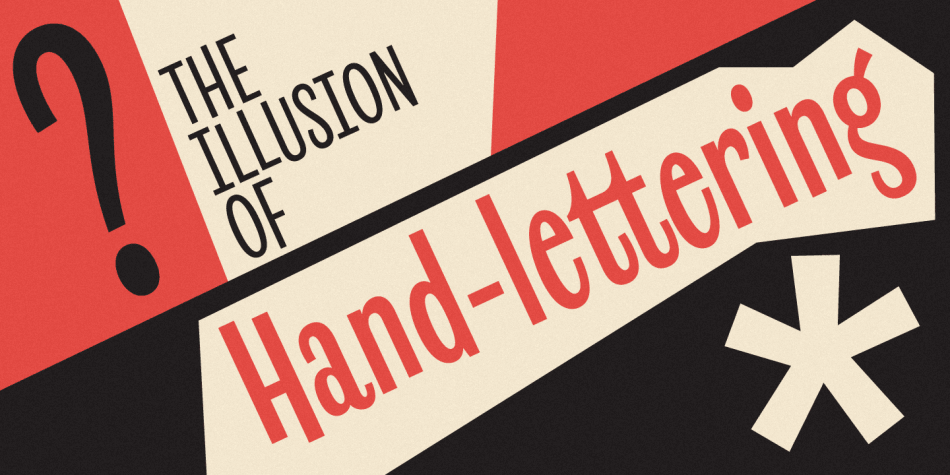 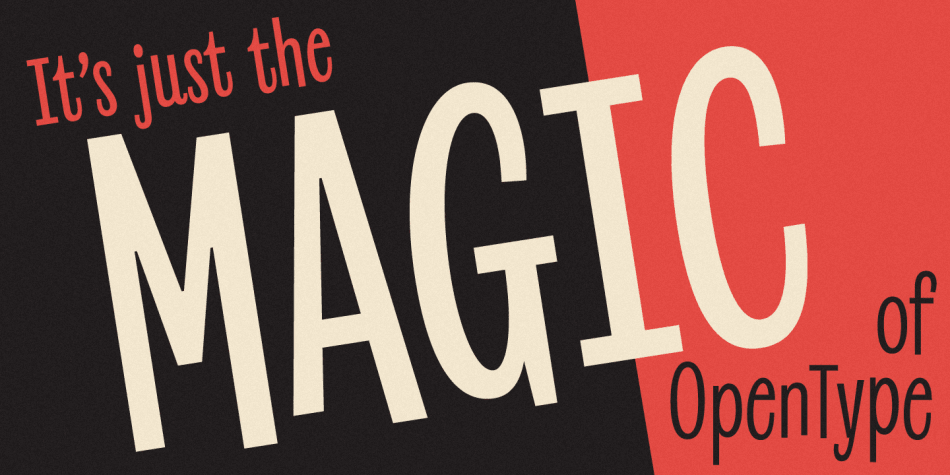 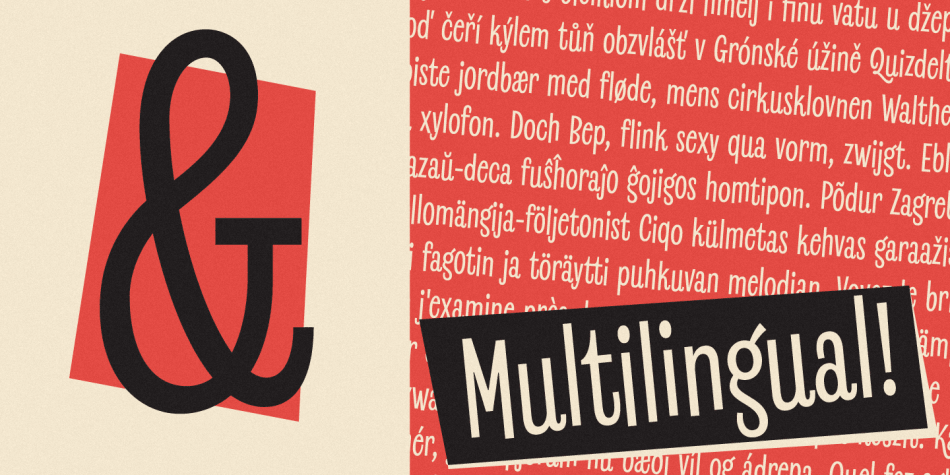 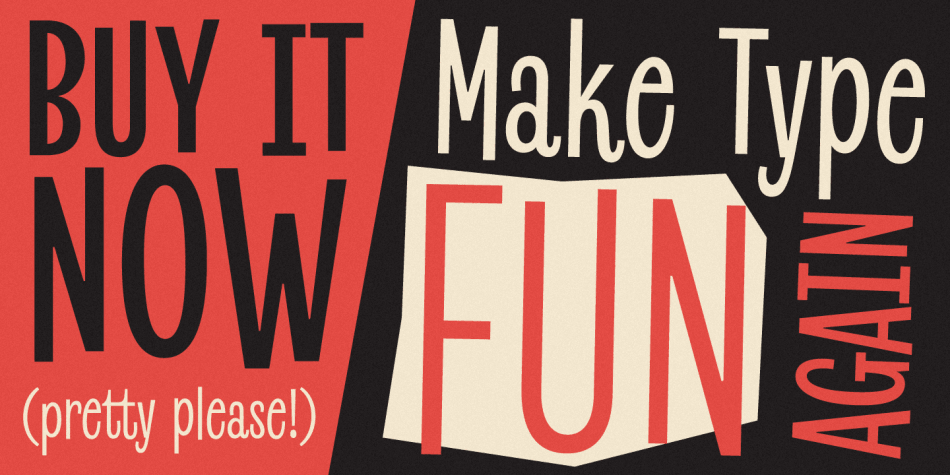 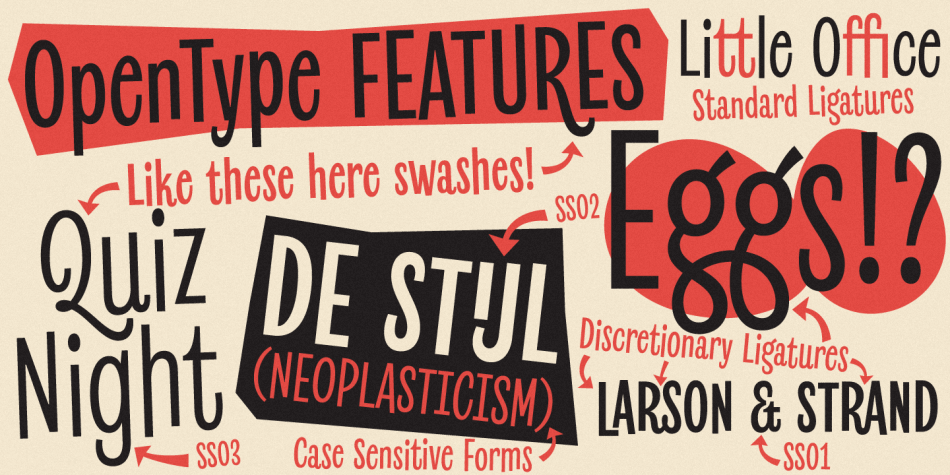 Designed by Dave Rowland, Revla Sans is a display sans font family. This typeface has four styles and was published by Schizotype Fonts.

A four font family. This contains every font in the Revla Sans Family.

Meet Revla Serif‘s dorky younger brother, or should that be brothers? Revla Sans is a grotesque companion to Revla Serif, in four weights. The weights can be used pretty easily as grades, so that text set at different sizes has similar thickness. The contextual alternates engine from its serifed sibling is used to pseudo randomize the text and avoid the monotony of repeating glyphs. Other feature include case sensitive forms, standard and discretionary ligatures, stylistic sets and automagic fractions.