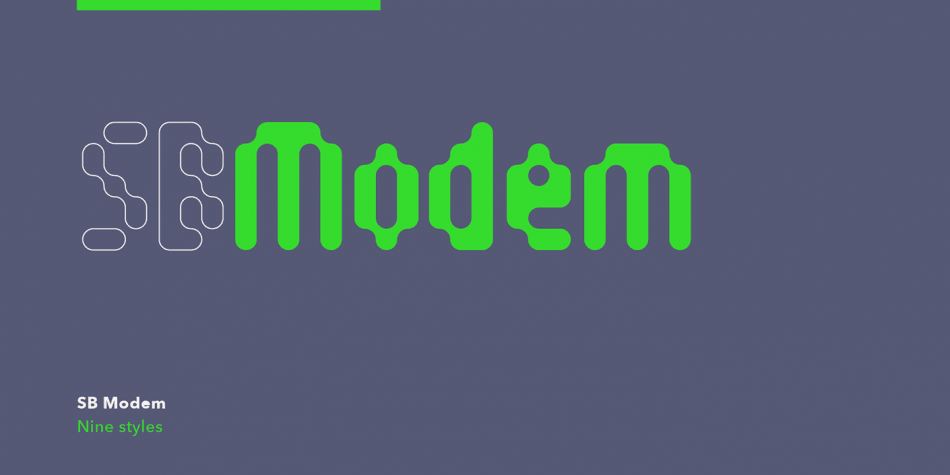 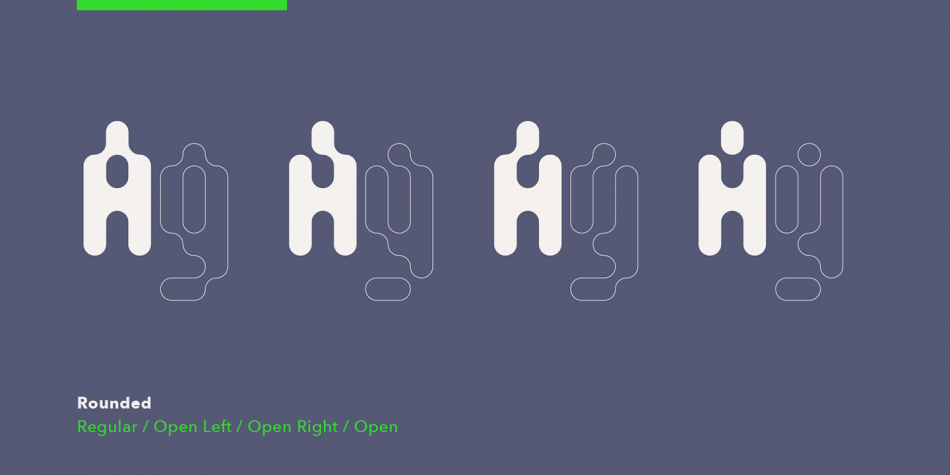 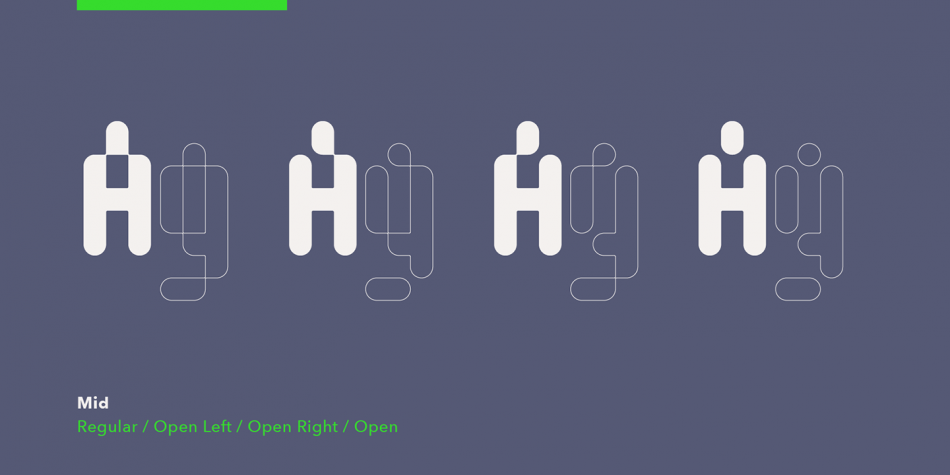 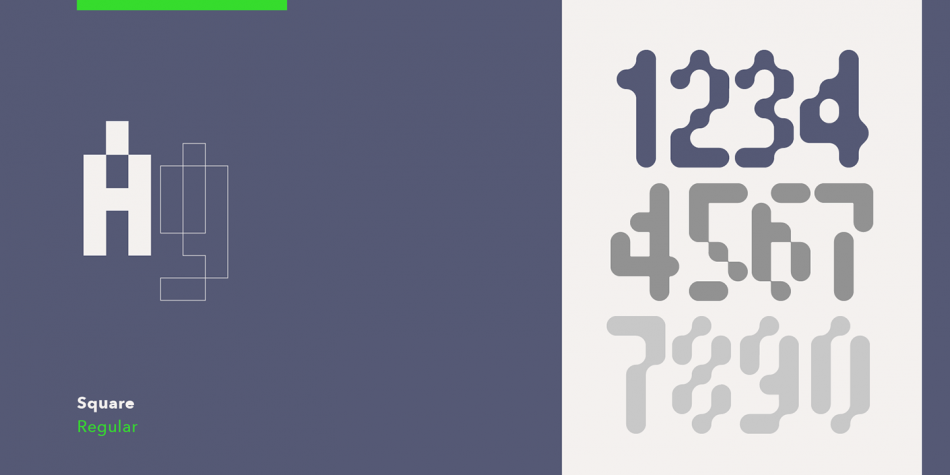 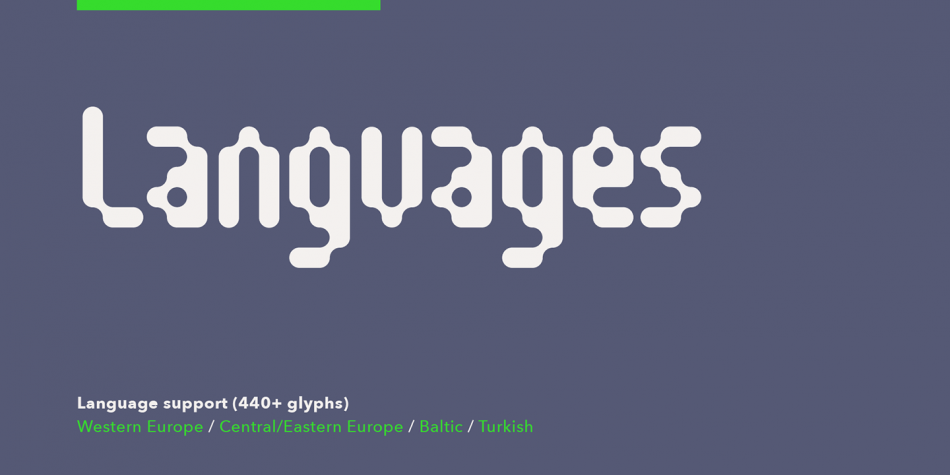 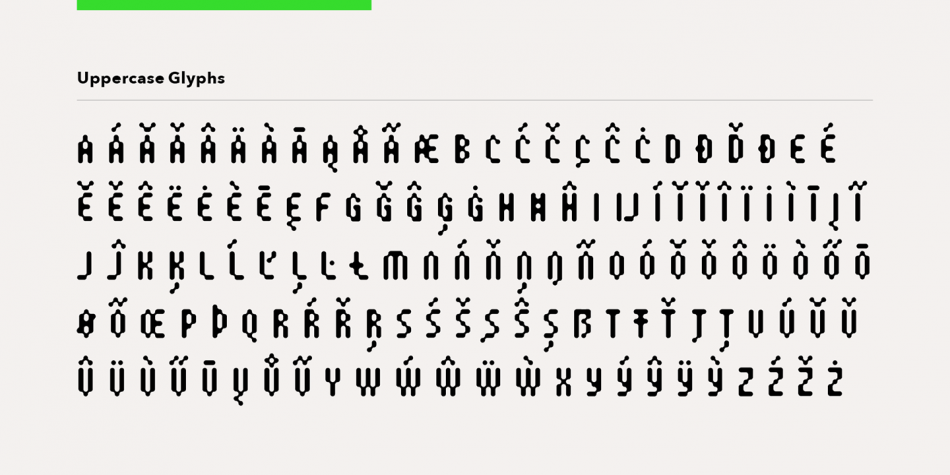 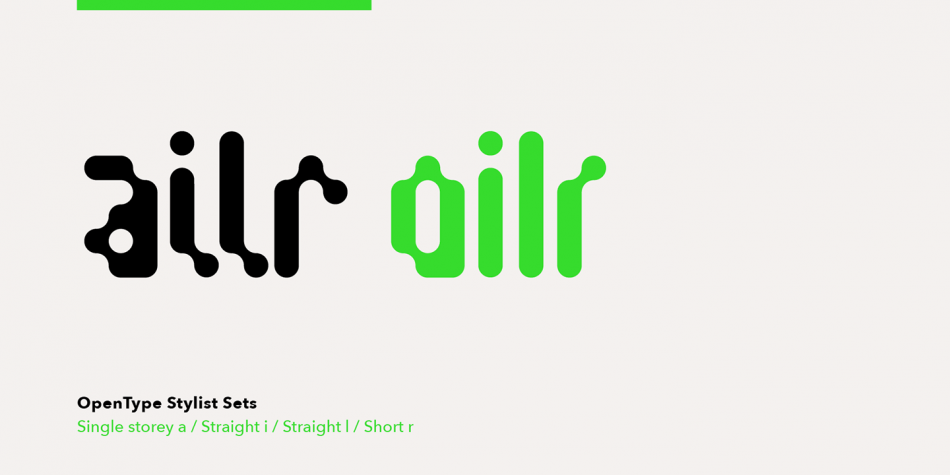 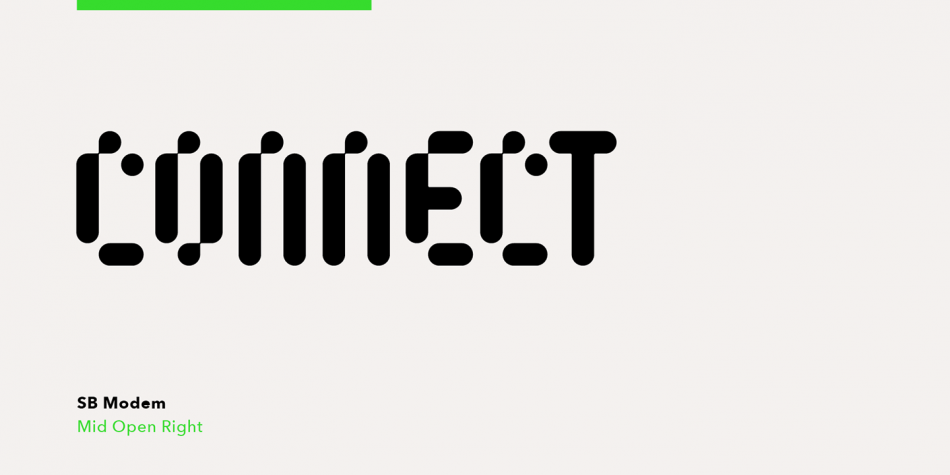 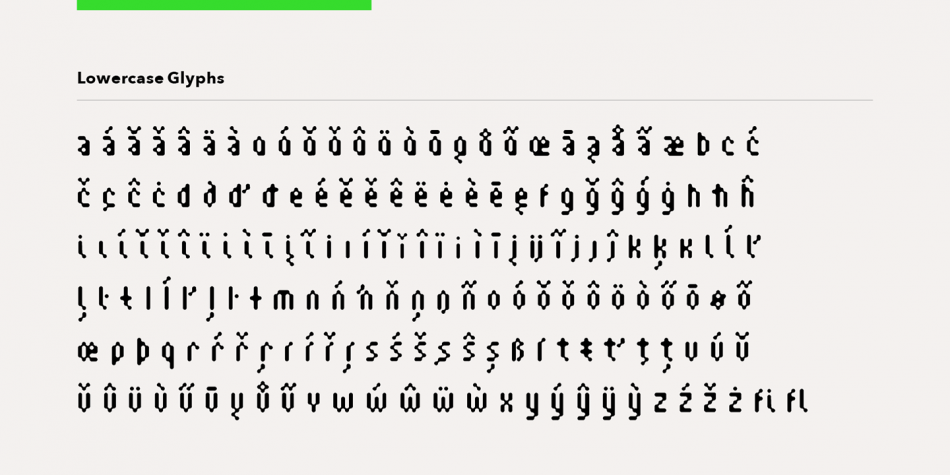 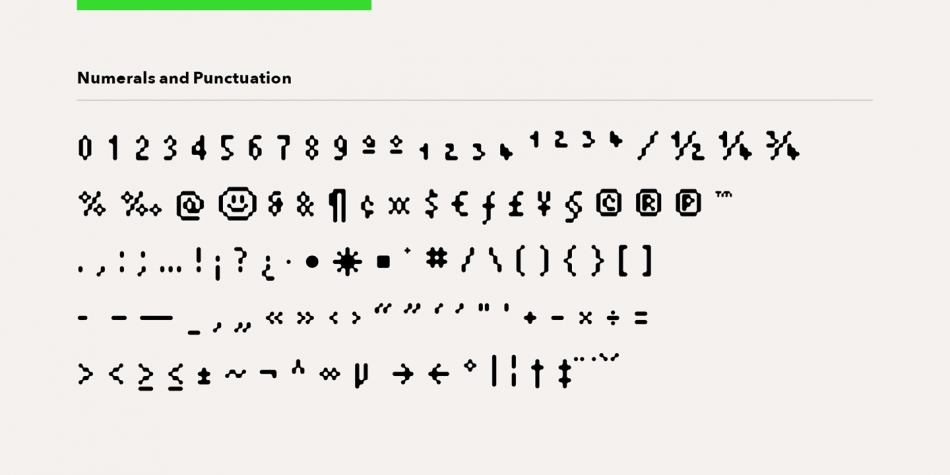 SB Modem is a novelty and pixel font family. This typeface has nine styles and was published by SelfBuild Type Foundry. 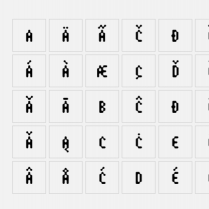 SB Modem’s curved, bubble-like aesthetic is infused with retro-futurism and evokes the space age dreams of what life might be like for humanity in the far future of the year 2000. Although SB Modem has its origins in the 1990s, it owes something to the designers and artists of the 1960s, who developed a visual style that embodied the optimistic hopes people had for the potential of technology to improve peoples’ lives. While it could be categorised as a rounded pixel font, the process that created it wasn’t the usual method. The first versions were created in an early version of Photoshop, with each letter being drawn pixel by pixel at a very low resolution. Then these letters were processed by repeatedly applying blur and increasing the contrast to bring the edges back into focus, before being completely redrawn in Fontographer. The final typeface was named after a device that was cutting edge technology at the time, but which is now also comfortably retro. However, SB Modem’s retro future curves still work nicely for communication and digitally themed projects, even if none of us are living on the moon, yet.