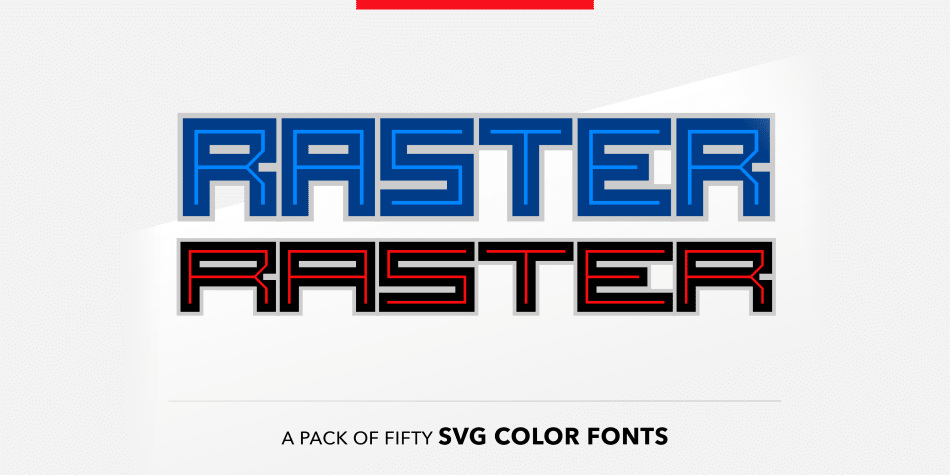 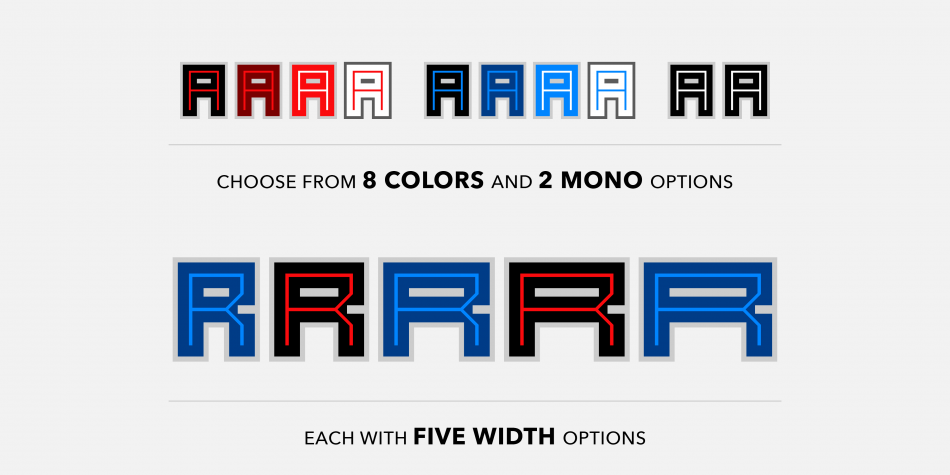 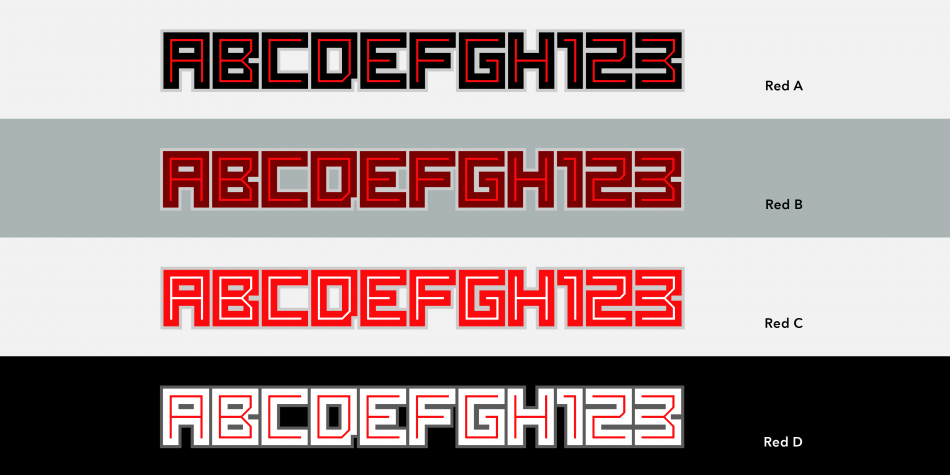 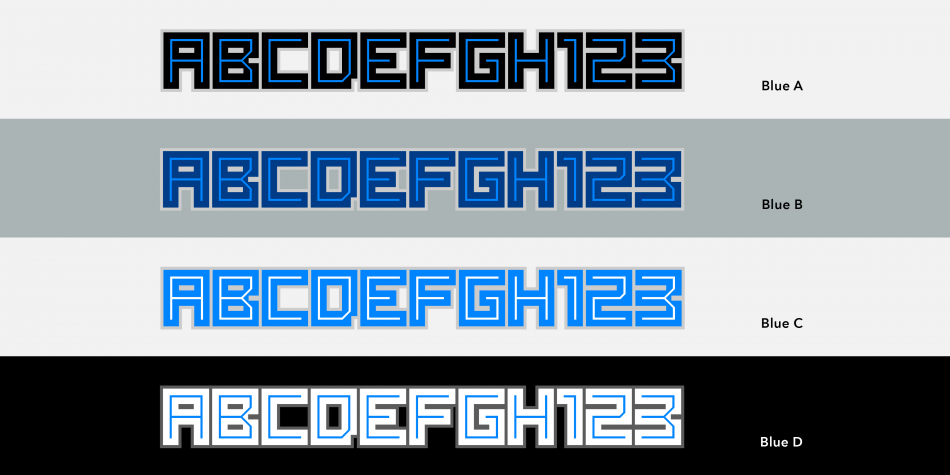 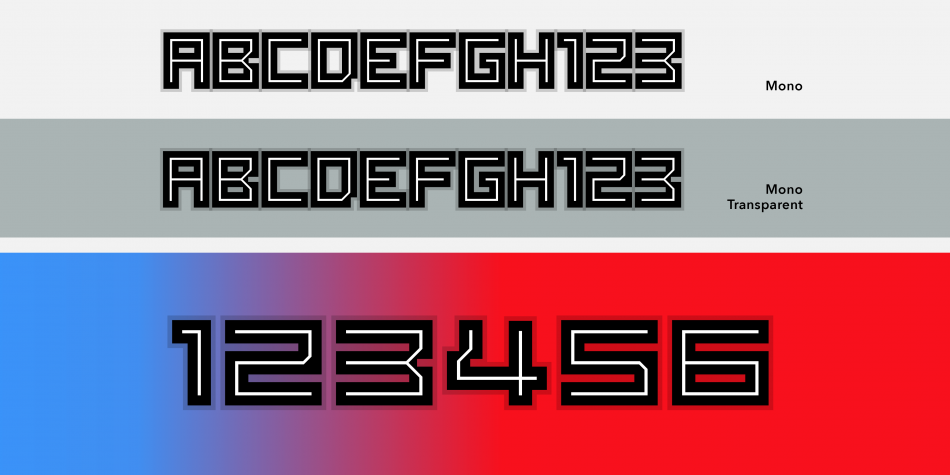 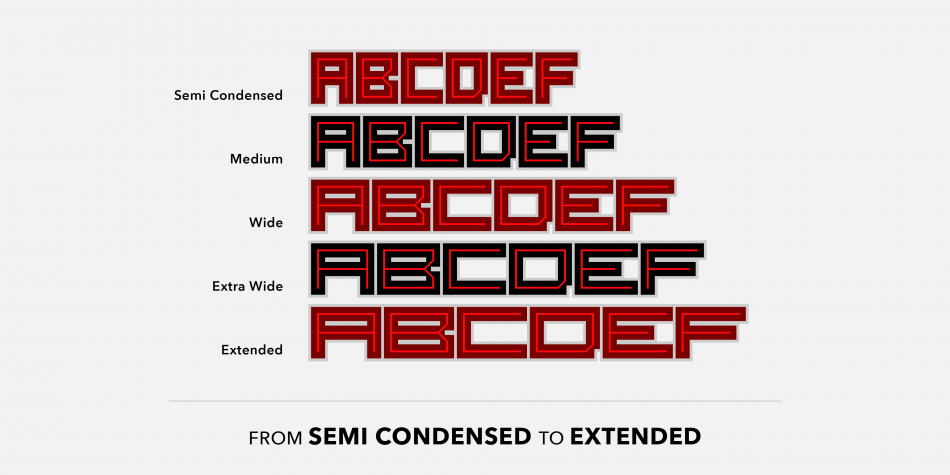 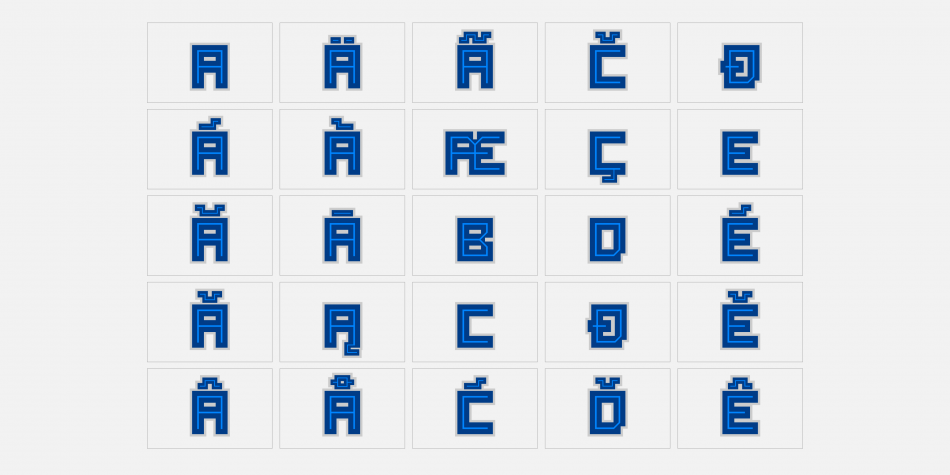 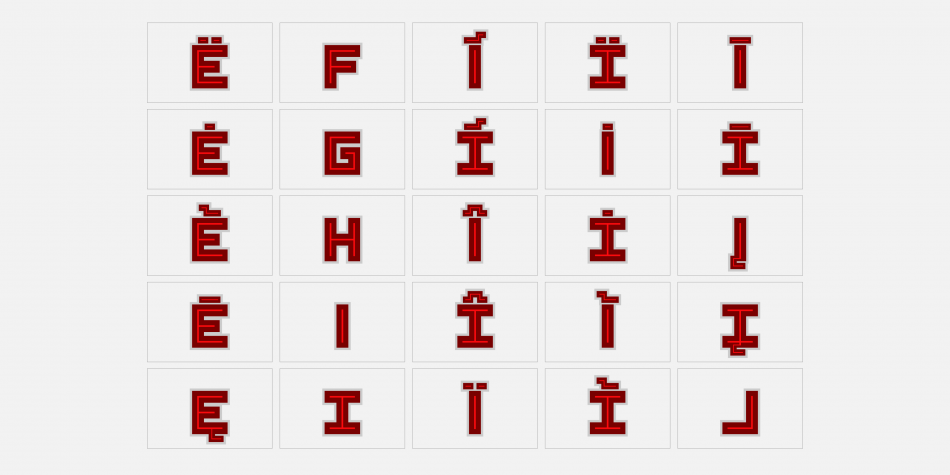 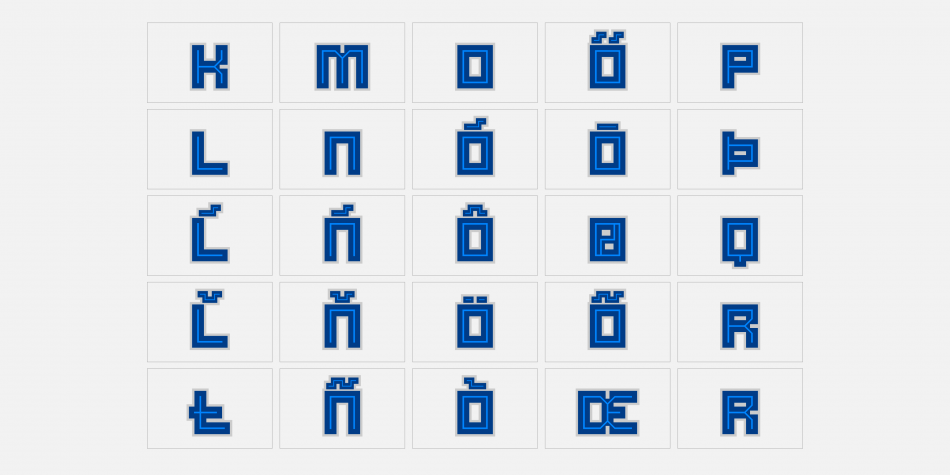 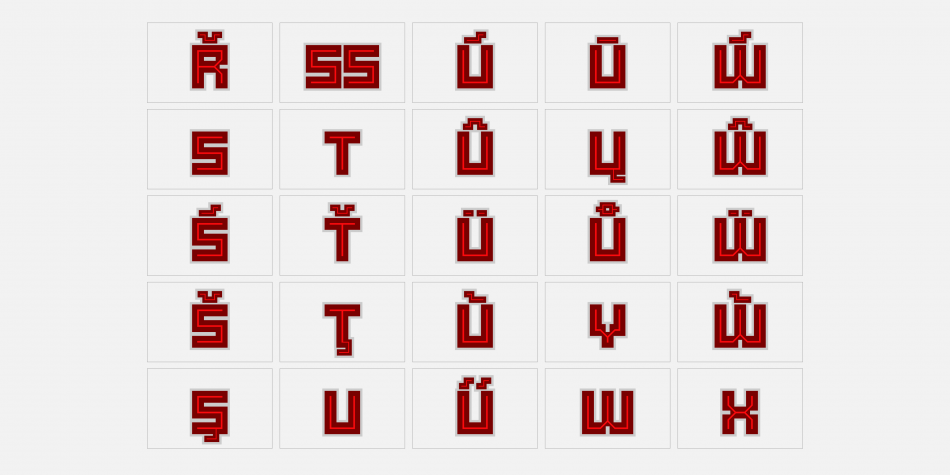 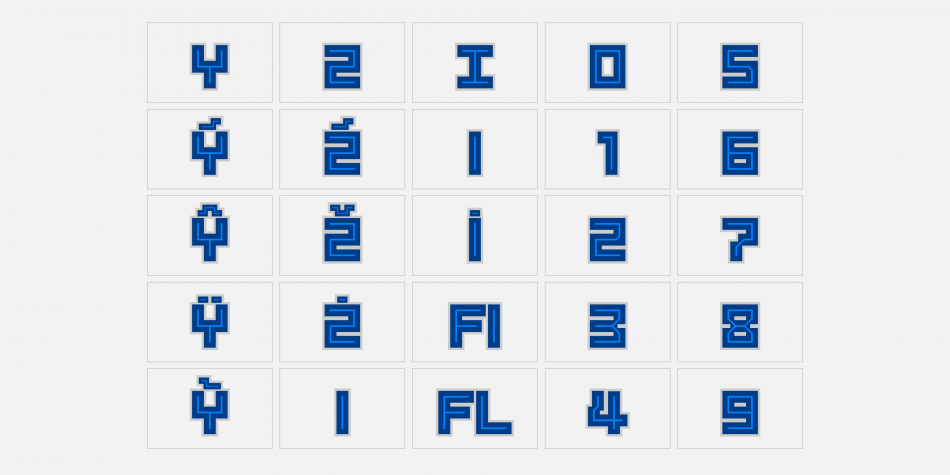 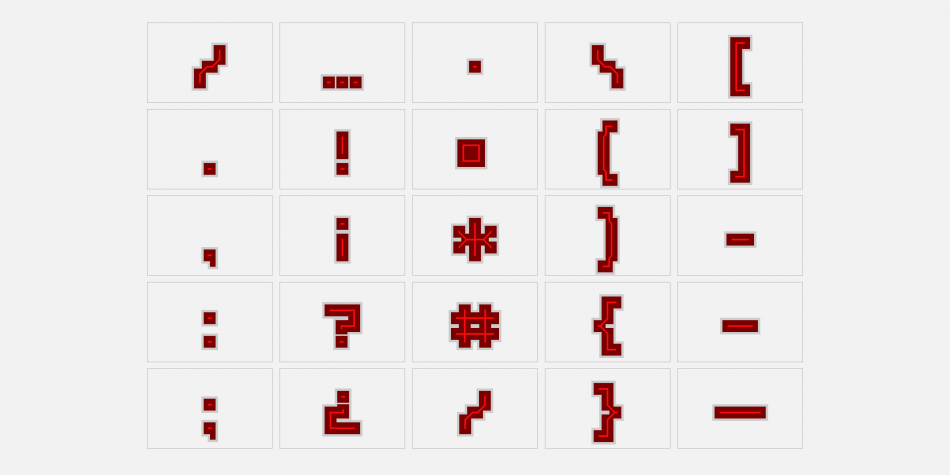 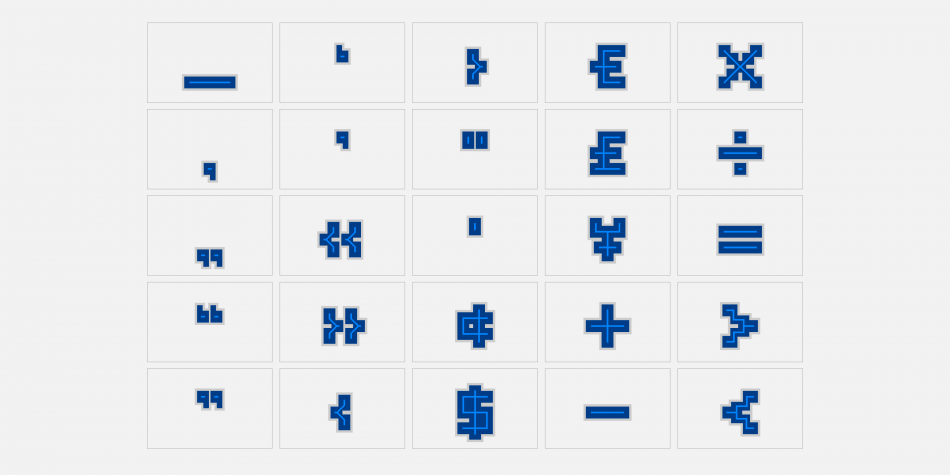 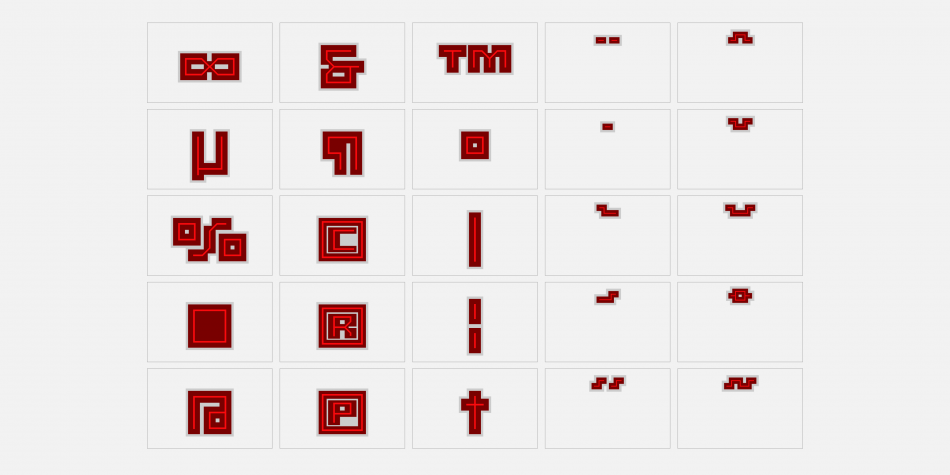 Designed by Craig Stainton, SB Raster Color is a display sans font family. This typeface has fifty styles and was published by SelfBuild Type Foundry.

• 50 styles in total, covering 5 widths and 10 colourways.
• Includes a Mono Transparent version with a transparent shadow.
• Each font contains 219 glyphs.

This capitals-only typeface started life as an extended pixelfont but as the design developed, it morphed into something with a more retro-digital arcade feel. The resulting typeface is well suited to anything related to retro computing, 8-bit consoles and game graphics. Its heavy, wide letterforms give it impact and it is best suited to display and headline use, perhaps on posters or as part of a logo.

A NOTE ON SVG COLOR FONTS: