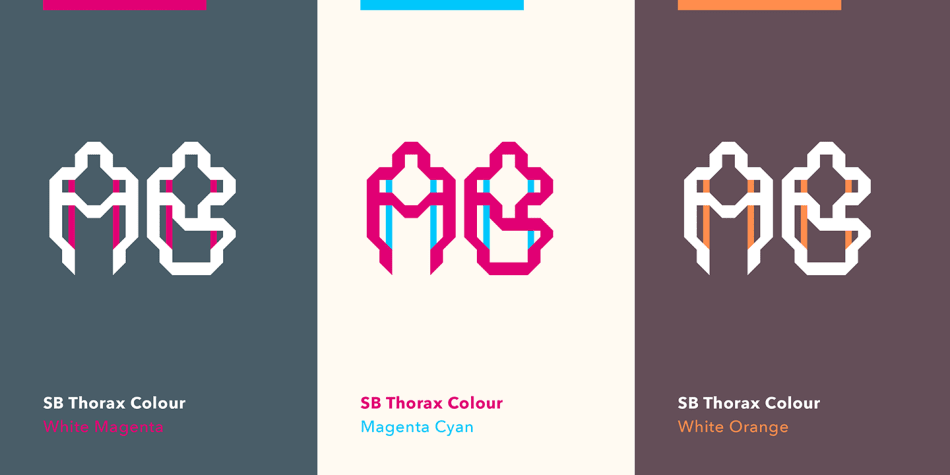 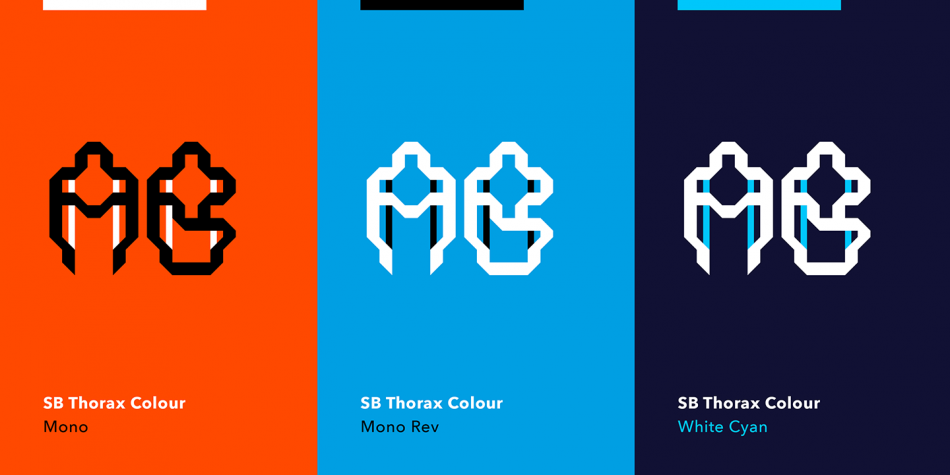 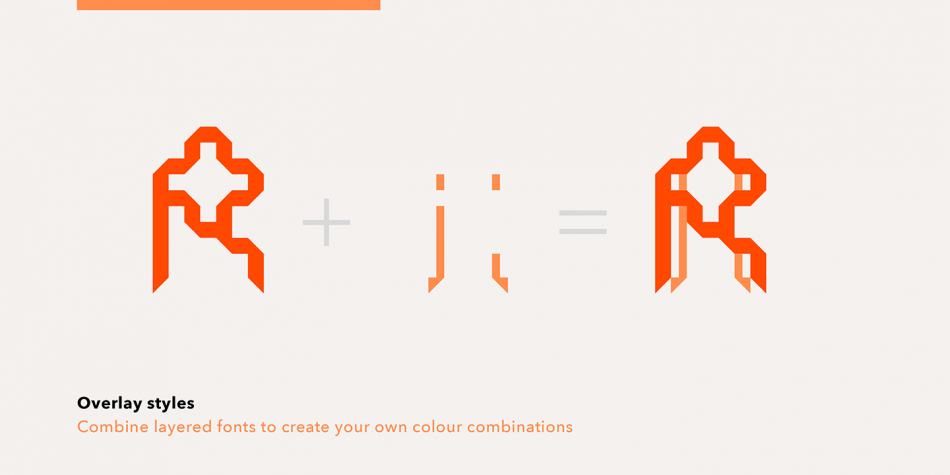 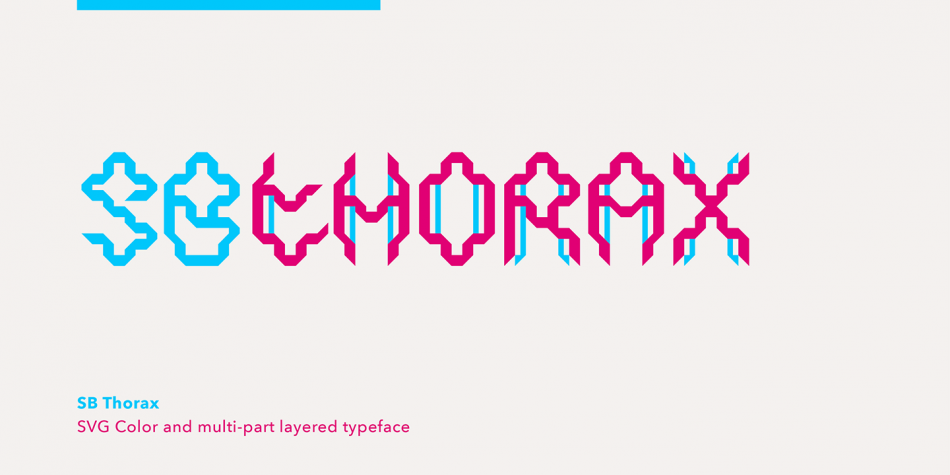 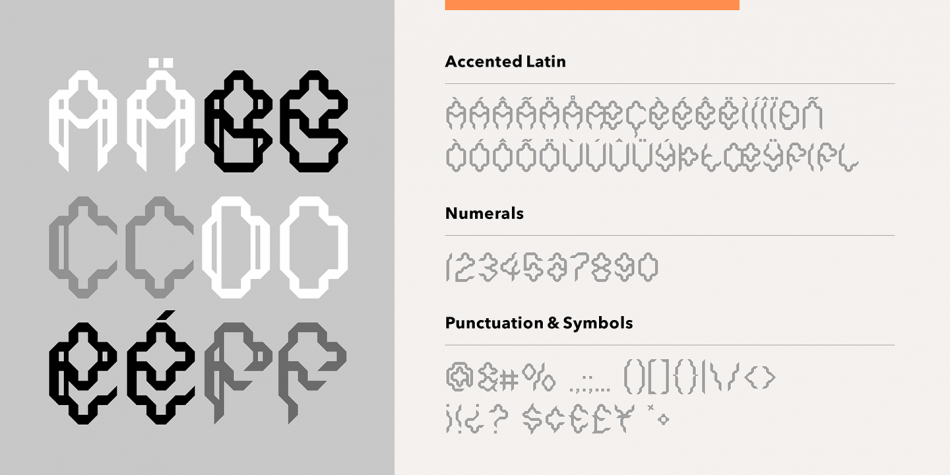 Designed by Craig Stainton, SB Thorax is a novelty font family. This typeface has nine styles and was published by SelfBuild Type Foundry. 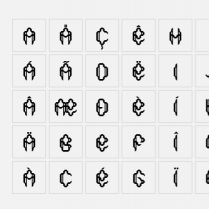 SB Thorax is a futuristic, angular typeface with strange, blackletter influenced letterforms. It is based on a triangular grid and has a distinctly alien, insectoid flavour that makes it well suited to science fiction, gaming and technology themed projects.

This capitals-only typeface consists of three styles which are designed to be combined and layered with one another, along with a number of SVG color versions of the font. Overlaying the base font with other versions of the font allows the designer to create letterforms with different coloured sections or different transparencies.

SB Thorax can be categorised as a decorative display typeface and its unusual, detailed and often difficult to read letterforms mean it is best suited for poster headlines and other uses where a distinctive style is preferred in order to create maximum visual impact.

A NOTE ON THE SVG COLOR FONT VERSIONS OF THIS FONT: