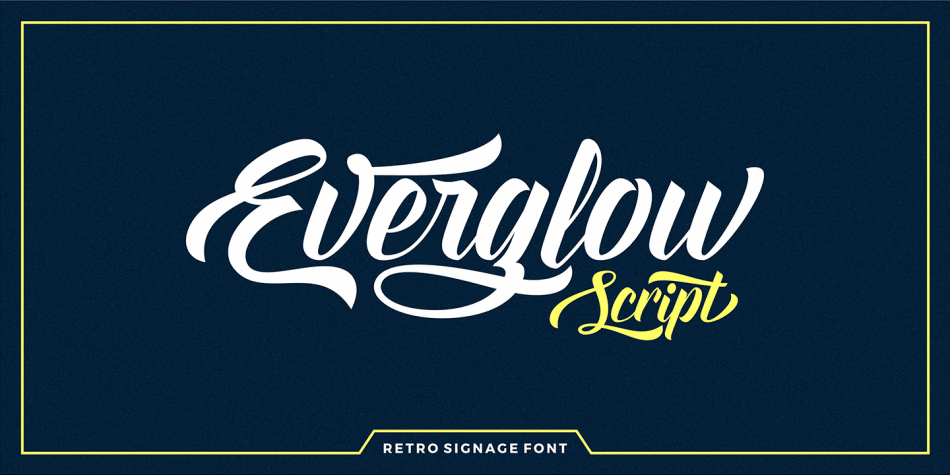 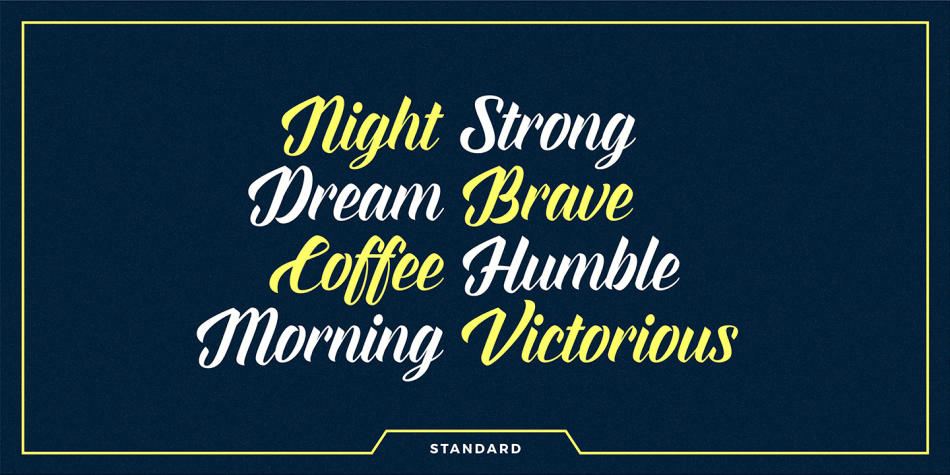 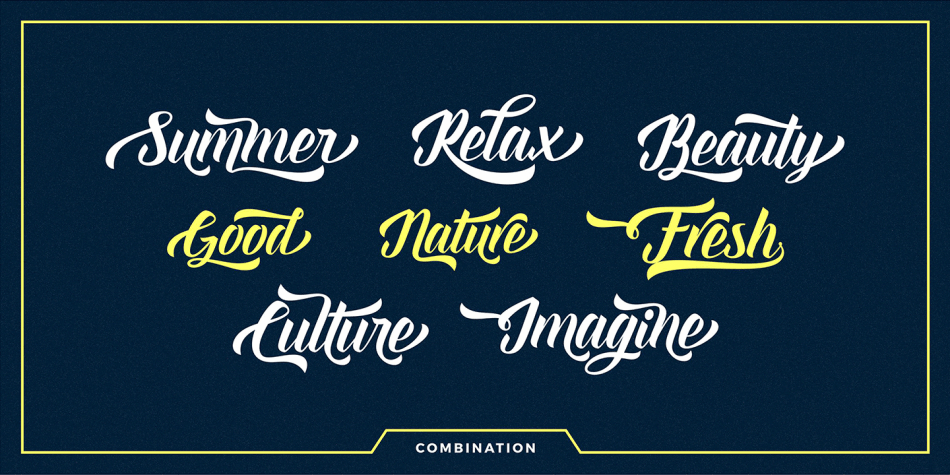 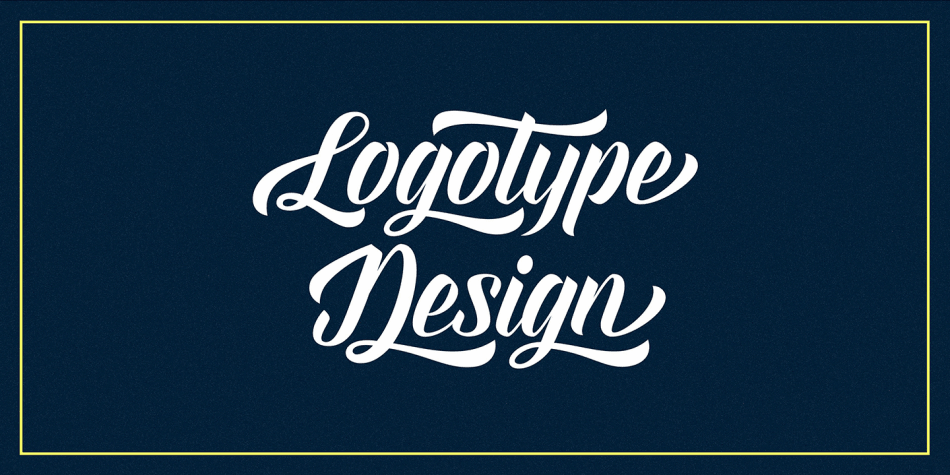 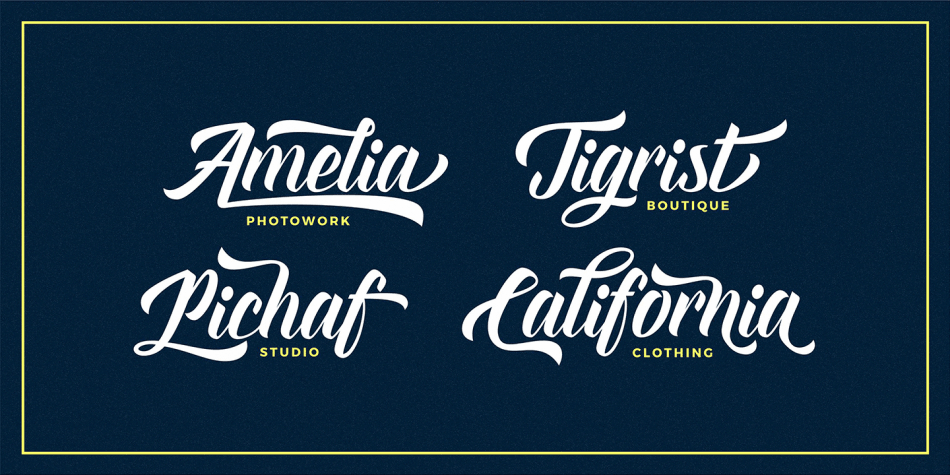 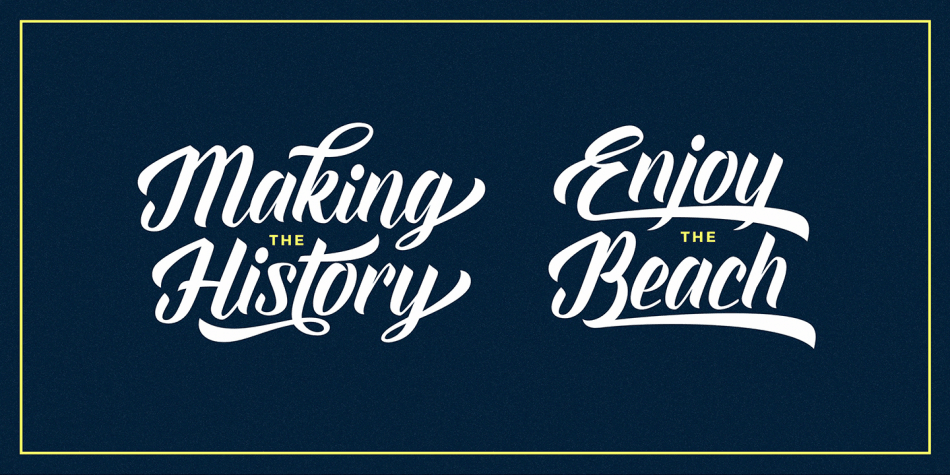 Everglow is a brush script font published by Seniors Studio.

Everglow Script is retro signage font, bold and clean. There are many variations to each character. The font includes Opentype stylistic alternates, standard ligatures, ornament and multilingual support.

There are additional ways to access alternates/swashes with Photoshop, using Character Map (Windows), Nexus Font (Windows), Font Book (Mac) or a software program such as PopChar (for Windows and Mac).