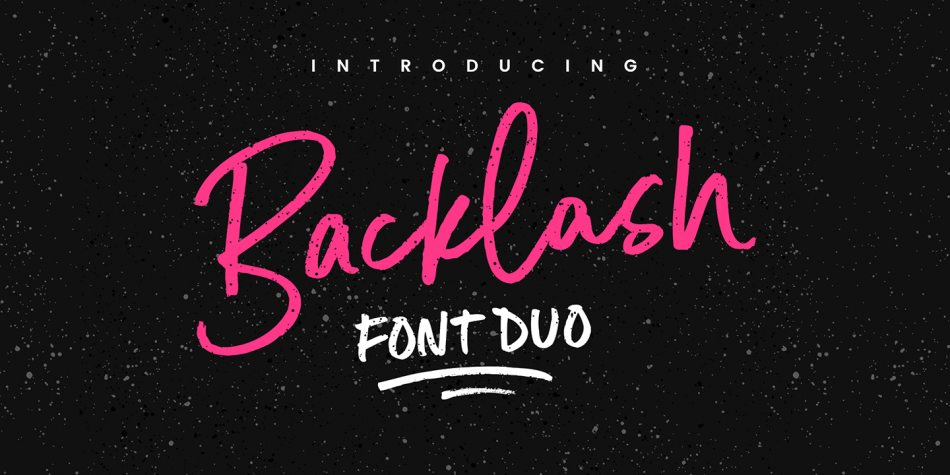 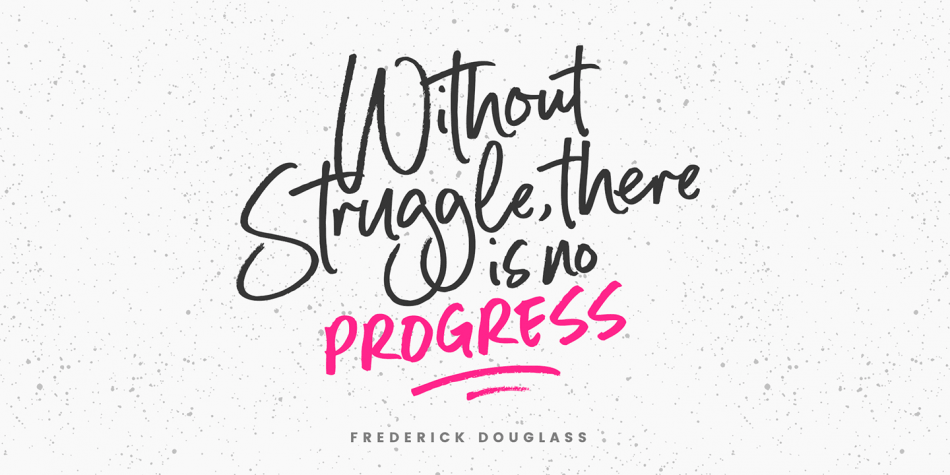 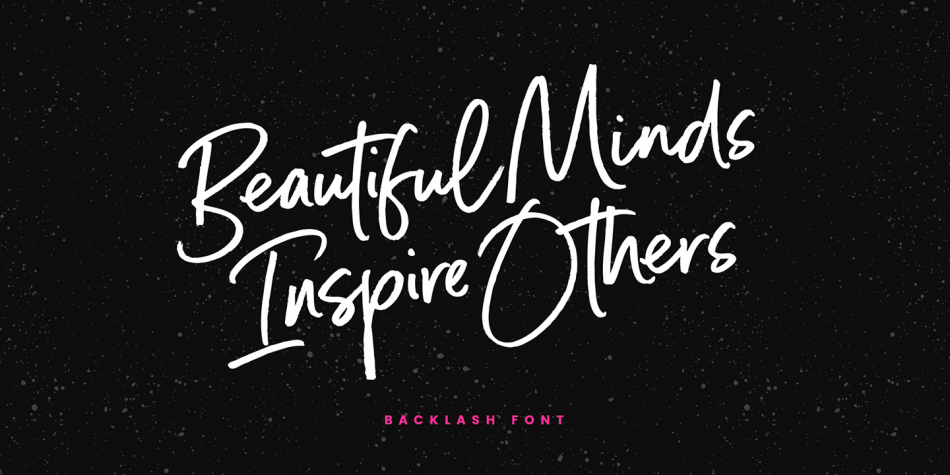 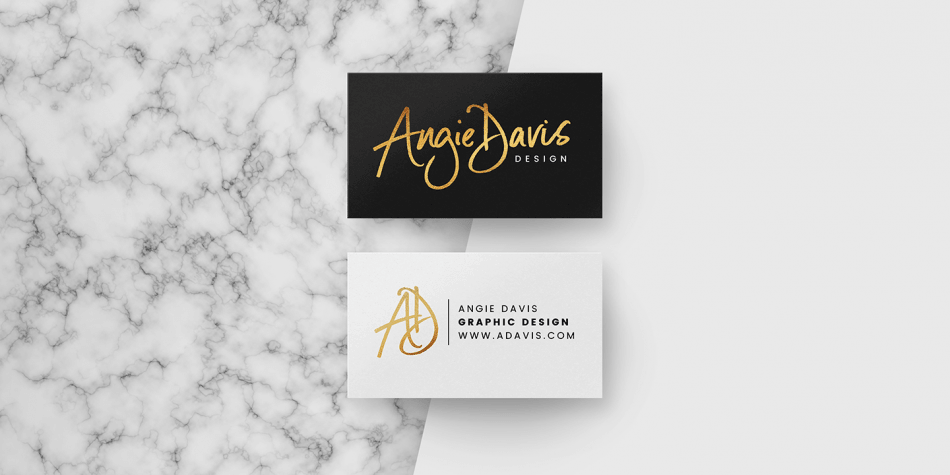 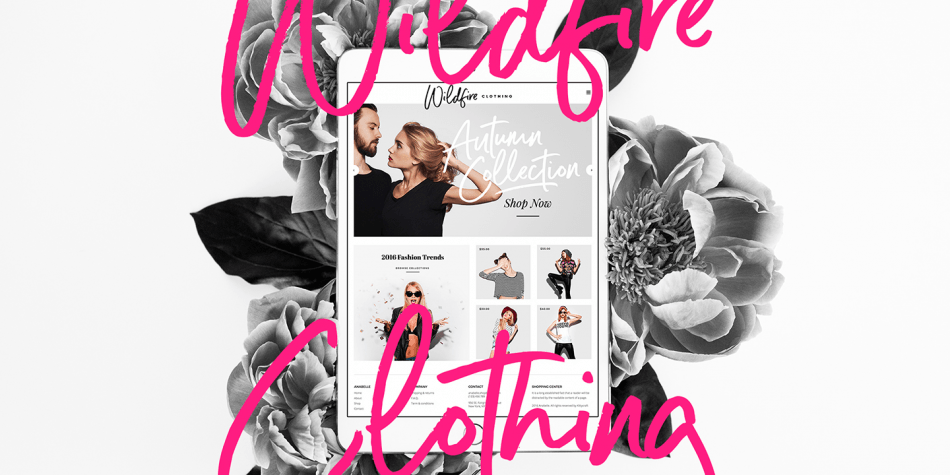 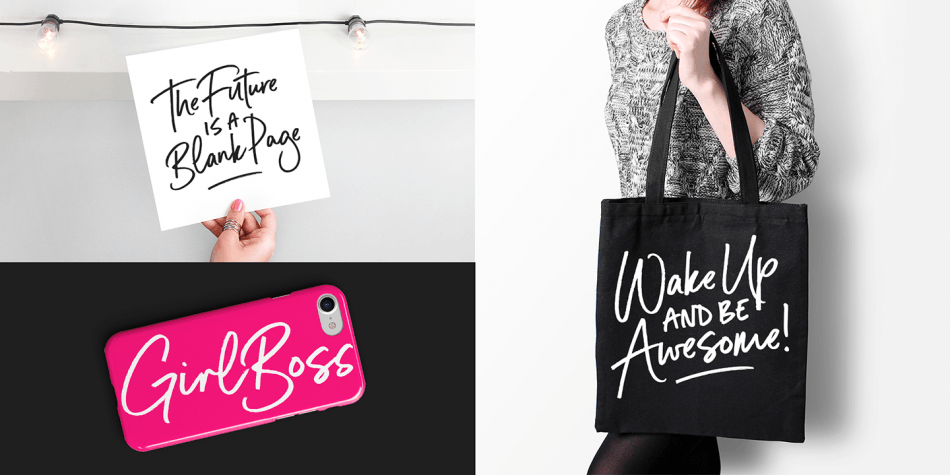 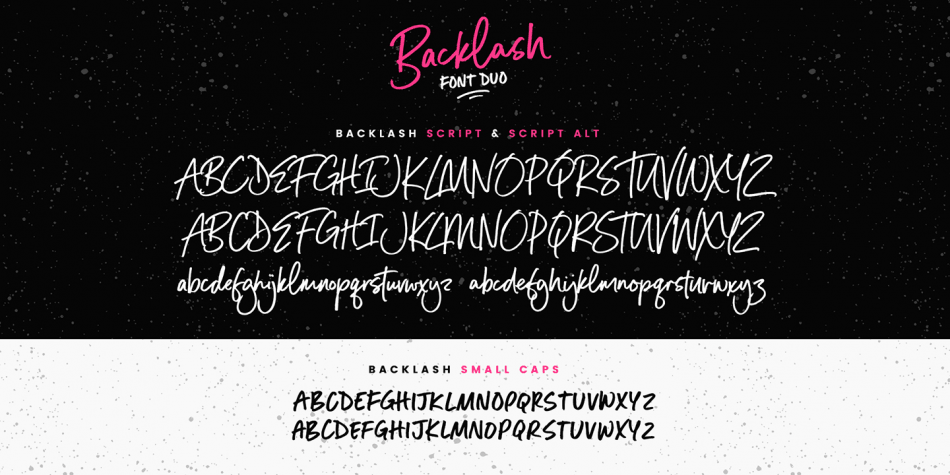 Designed by Sam Parrett, Backlash Duo is a hand drawn and script font family. This typeface has two styles and was published by Set Sail Studios.

Backlash Script • A hand-drawn script font containing upper & lowercase characters, numerals and a large range of punctuation. Also includes a full set of lower & uppercase characters built in to the font as Stylistic Alternates for an additional layout option.

Backlash Small Caps • A hand-drawn sans font containing 2 sets of uppercase only characters, numerals and a large range of punctuation. Designed to be used as a supporting font to Backlash Script. You can switch between the 2 character sets simply by turning the caps-lock on & off.

Ligatures & Swashes; Backlash Script ligatures (double-letters) are also available for ll, tt & ee. These are only accessible via software with opentype capability or a glyphs panel. Four swashes are also available which can be accessed simply by typing any of the these characters in the Backlash Small Caps font; [ ] { }