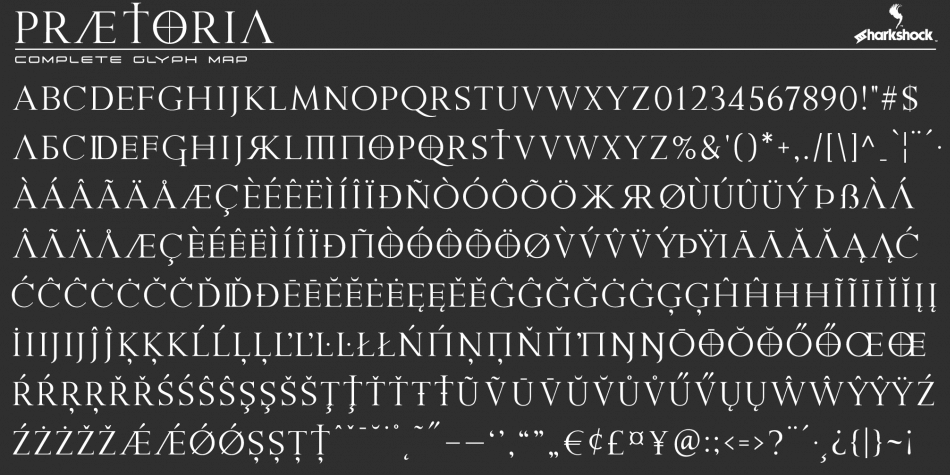 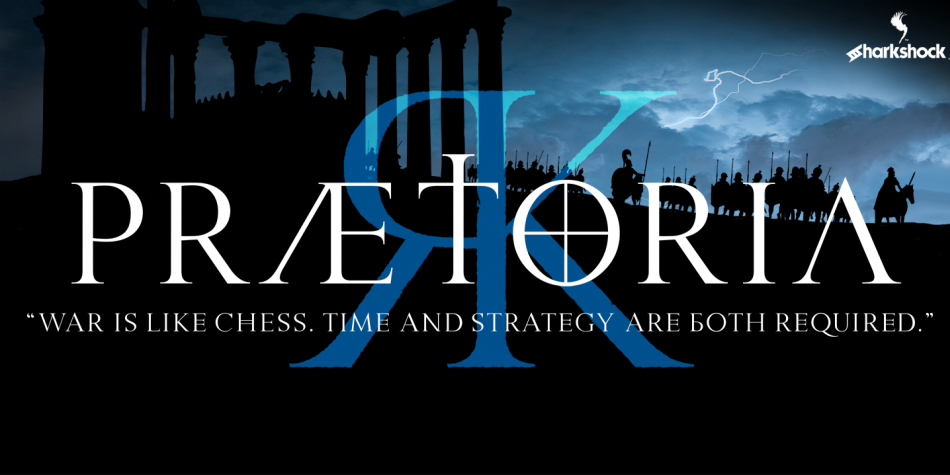 Praetoria is a serif and display serif font published by Sharkshock.

Praetoria is a serif titling font that was loosely modeled after the Roman square capitals used in ancient Rome. Some of the lowercase letters are fictitious variations of their uppercase counterparts. A few, however, such as the b and m were plucked from Russian and Greek alphabets respectively.

This display font is designed for games, movie posters, and book covers. You may use the uppercase letters exclusively but it is highly discouraged to do the same with the lowercase. It’s recommended to simply use these sparingly as a compliment to uppercase.