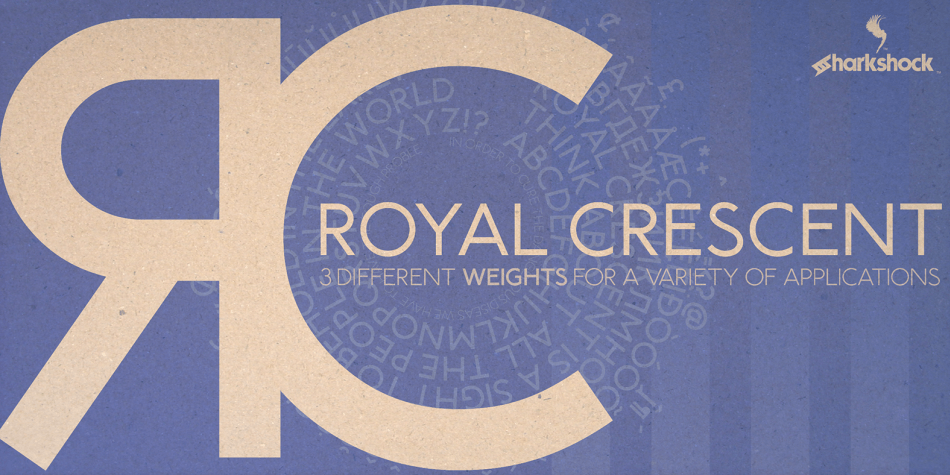 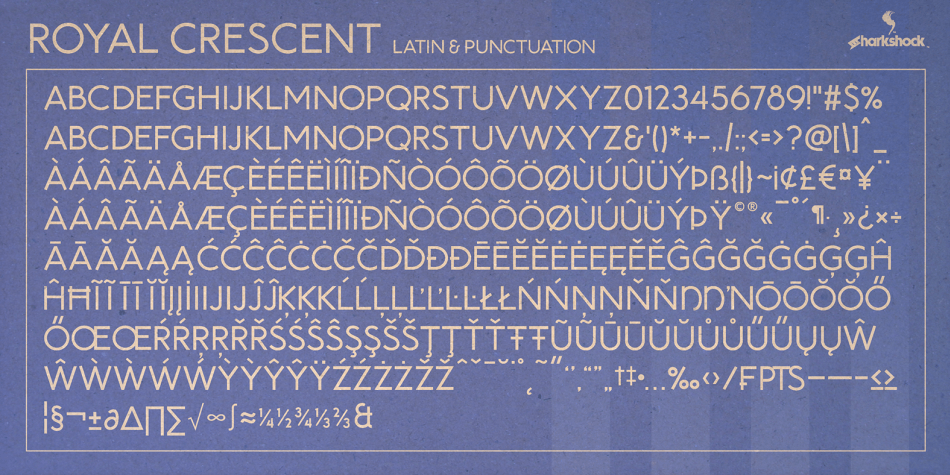 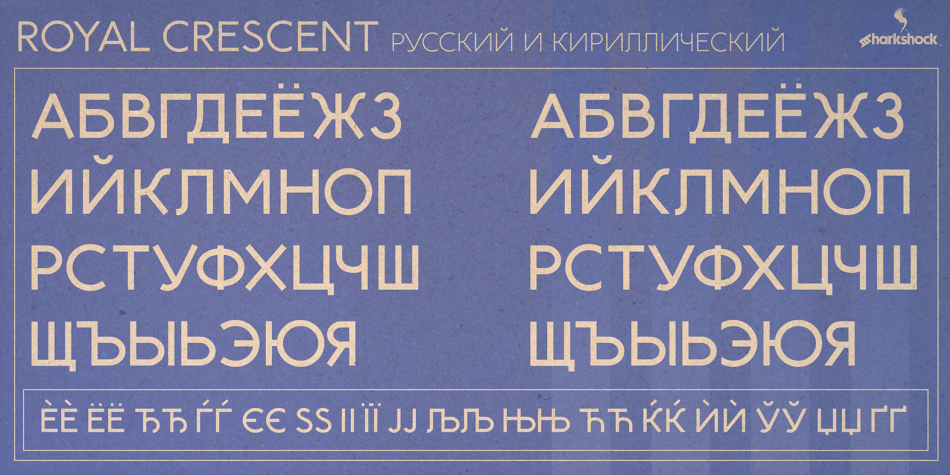 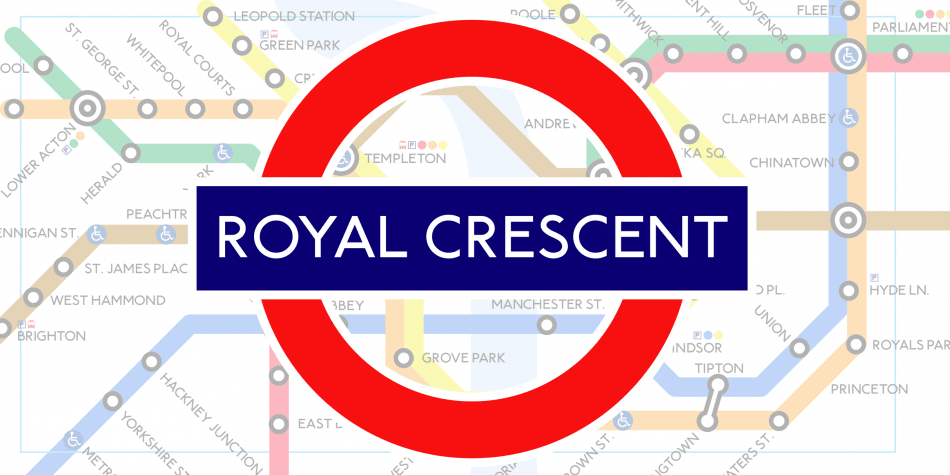 Designed by Dennis Ludlow, Royal Crescent is a display sans font family. This typeface has three styles and was published by Sharkshock.

Royal Crescent is an all caps sans-serif based on Johnston, the font found on London’s subway stations. The uniform width is consistent throughout creating low contrast. There are slight variations, between several upper and lowercase characters which can be used interchangeably. Use Royal Crescent for a poster, a magazine, or company logo. Basic/Extended Latin, punctuation, symbols, diacritics, Cyrillic, kerning, and fractions are all included.