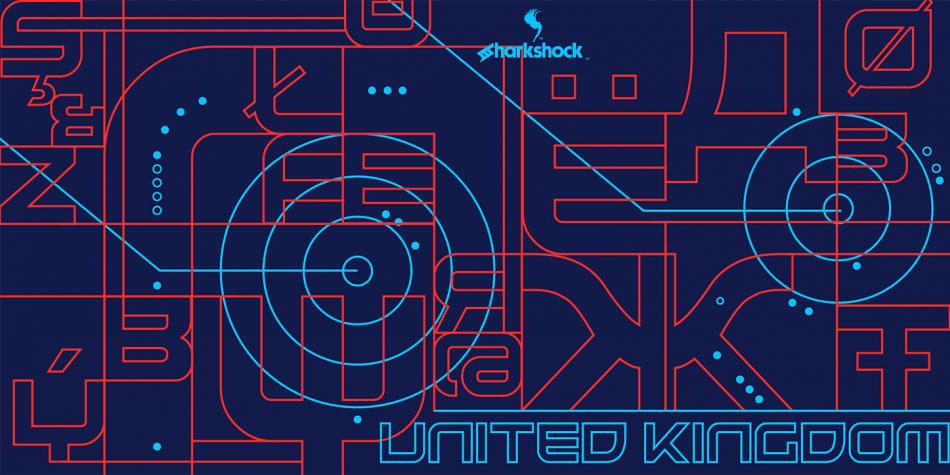 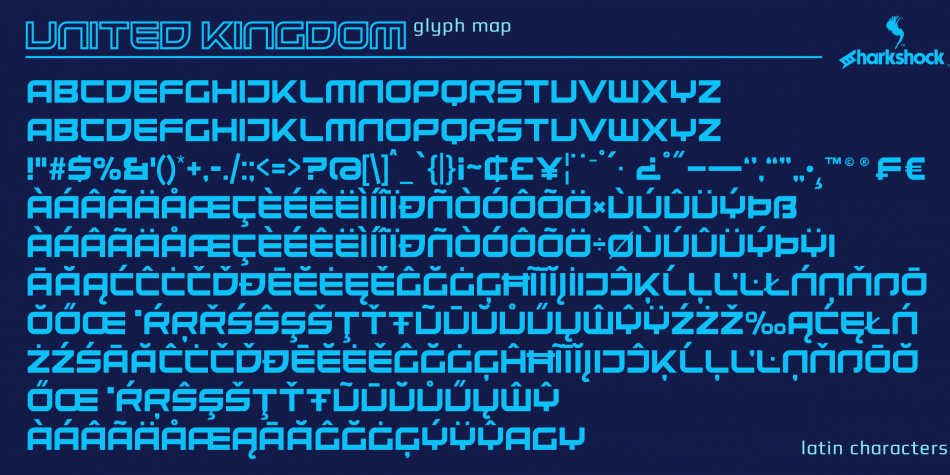 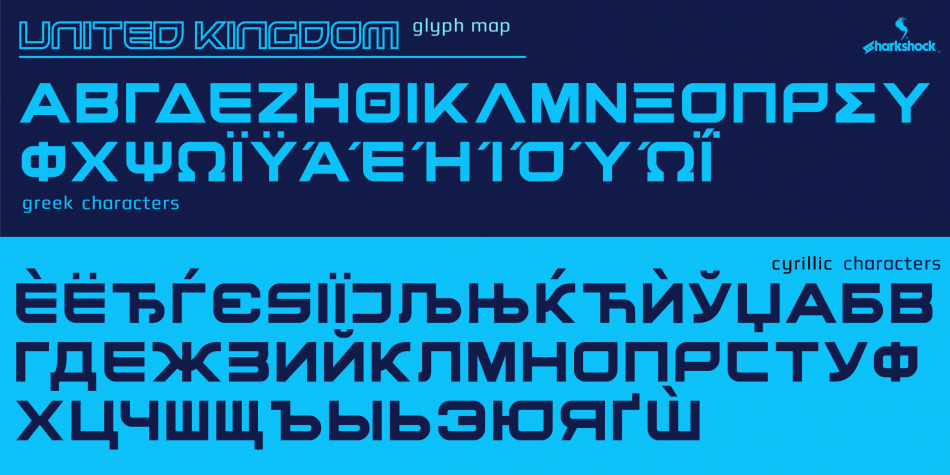 Designed by Dennis Ludlow, United Kingdom is a display sans font family. This typeface has three styles and was published by Sharkshock.

I stumbled upon a sharp and futuristic concept while working on a logo for a client. This didn’t end up making it into the finished project but after designing more letters an entire alphabet evolved. The end result is United Kingdom; an all caps display font whose characters have unexpected corners where curves would normally be assumed. The line weight is consistent throughout and gives an “edgy” feel. Letters look great next to each other with very little kerning applied. Use the glyphs panel when working with Greek for proper diacritics. This typeface wasn’t tailored for body text so check the glyph map for characters needed. Use United Kingdom for sports jerseys, logos, or action movie posters.

Thank you for your support!