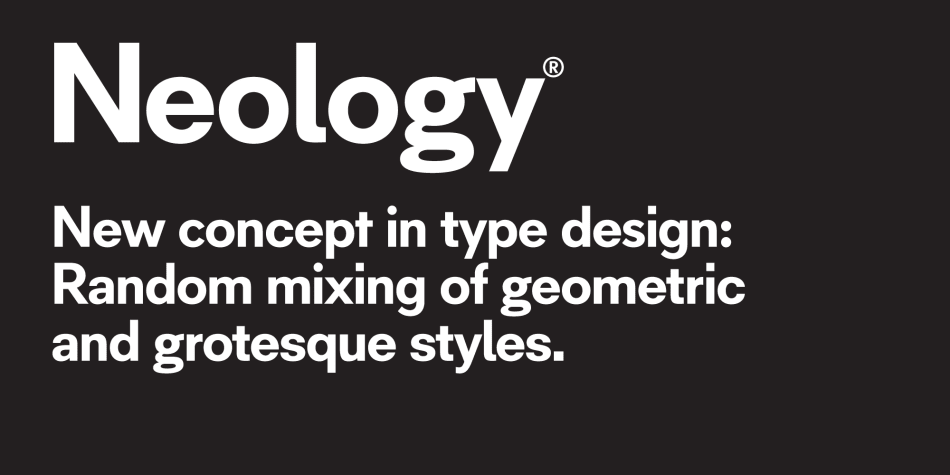 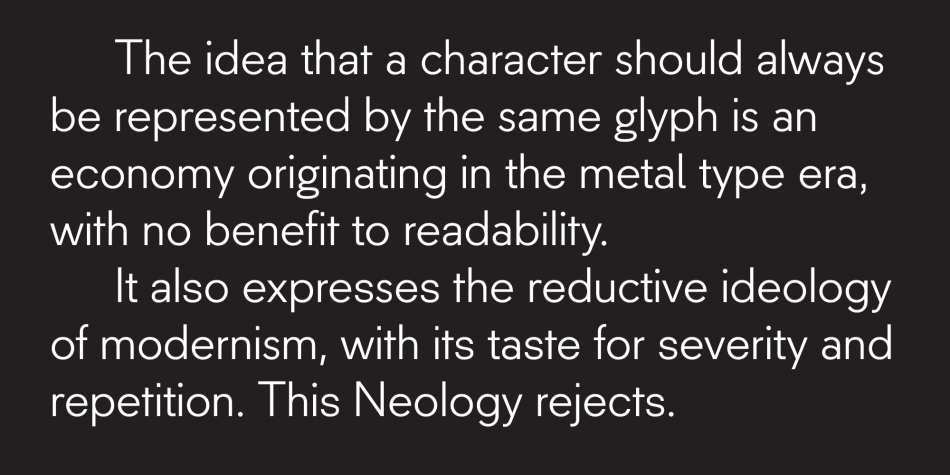 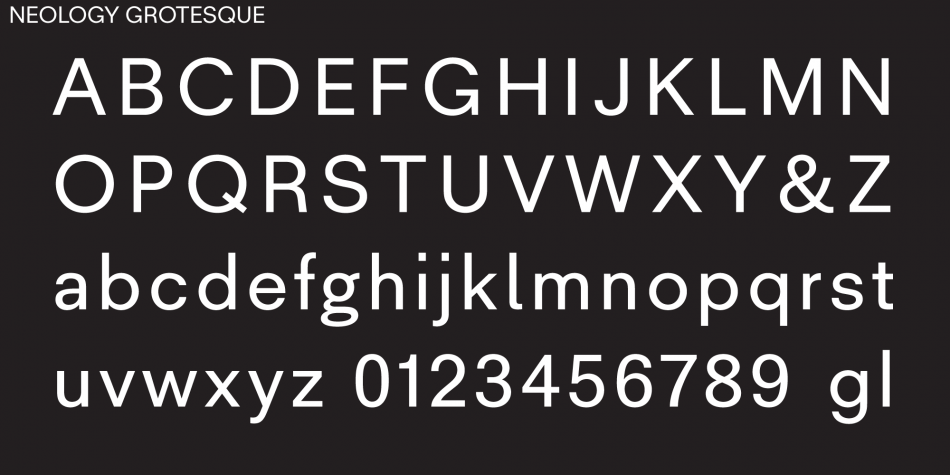 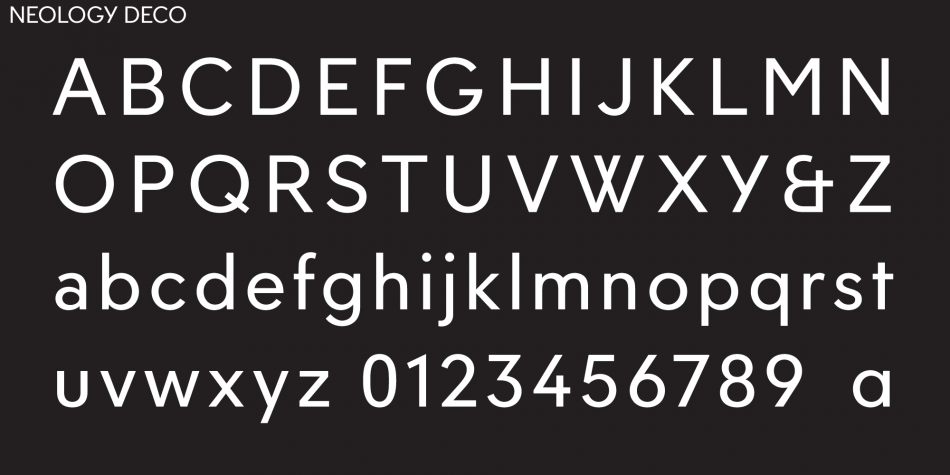 Neology is a sans serif font family. This typeface has fifteen styles and was published by Shinntype. 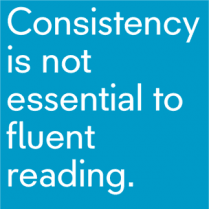 This typeface has been designed to demonstrate a hypothesis: consistency in letter form and style is not essential to fluent reading.

Two harmonized styles, geometric (art deco) and grotesque, have been combined in one font, which chooses the glyph for each text character from either subset, in a pseudo-random manner.

There is no scientiﬁc evidence that a character should be represented by an identical glyph every time it appears—this is a result of an economy originating with foundry type.

Beyond being an experiment, Neology, for all its “wrong font” quality, is fully finished and serious in intent. Certainly, it is novel; one might not go so far as to say that it enhances readability, but stranger things have been known.