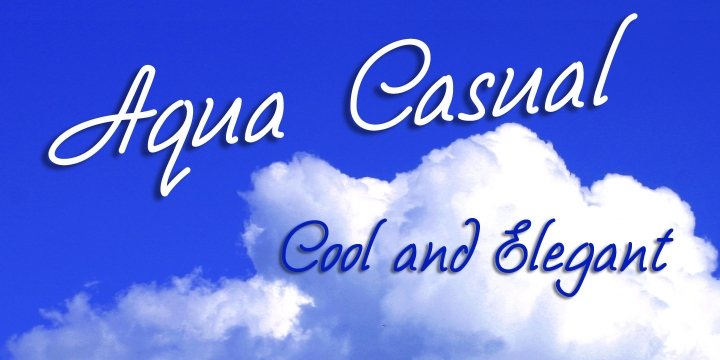 Aqua Casual is a hand drawn and script font published by Scholtz Fonts.

The script equivalent of the cool, header font.

This font is essentially embedded, by its styling, in the 20th century. Inspired by fragments of some pre-20th century script fonts, I modernized it and added lower case characters. The result captures the cool elegance of the 1920s & 30s, yet also embodies the free optimism of the 60s.