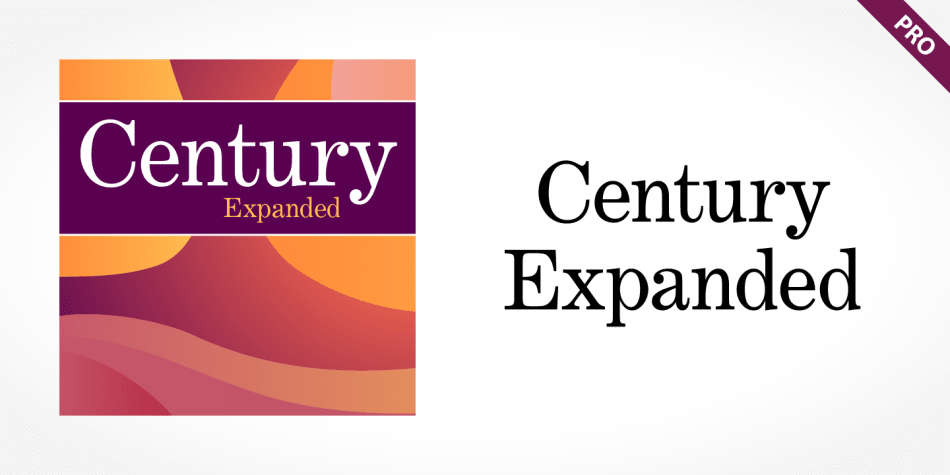 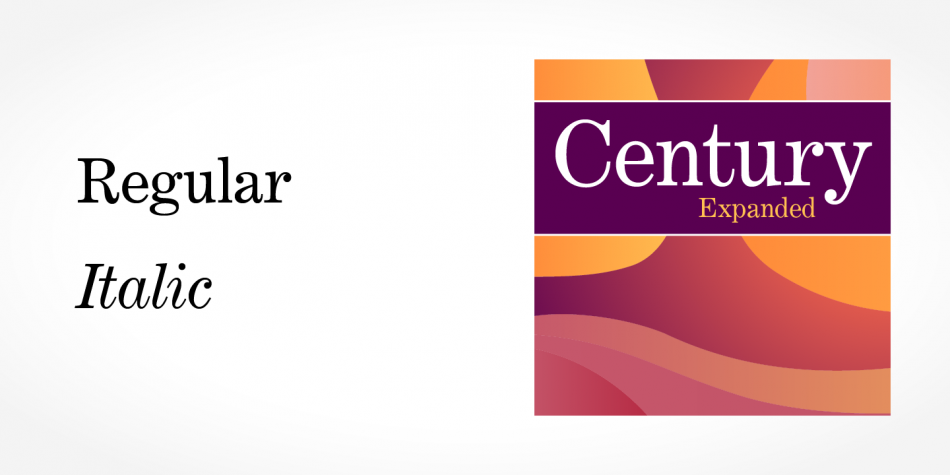 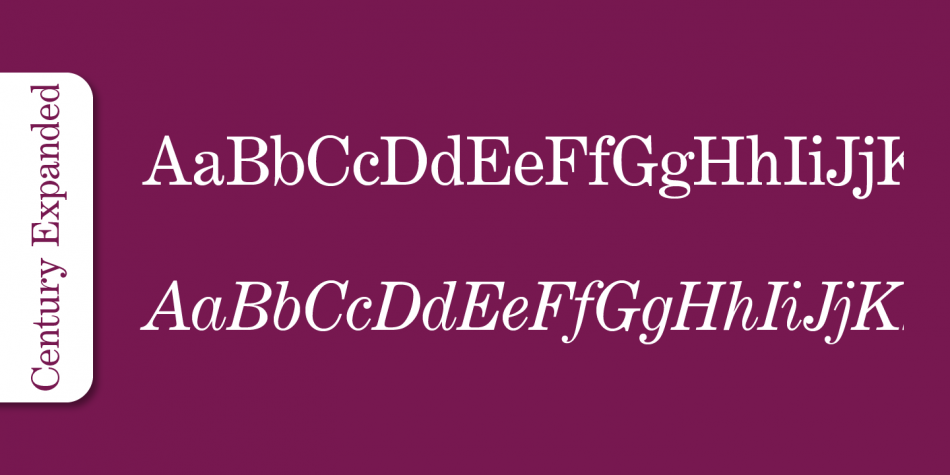 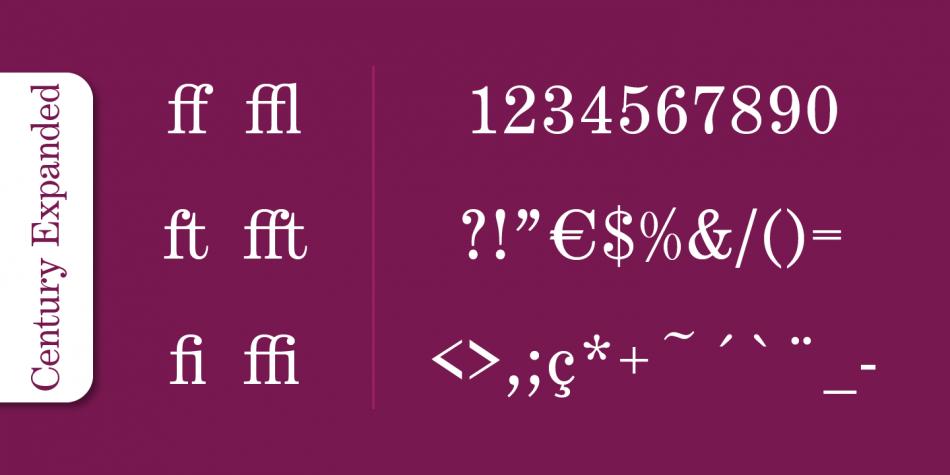 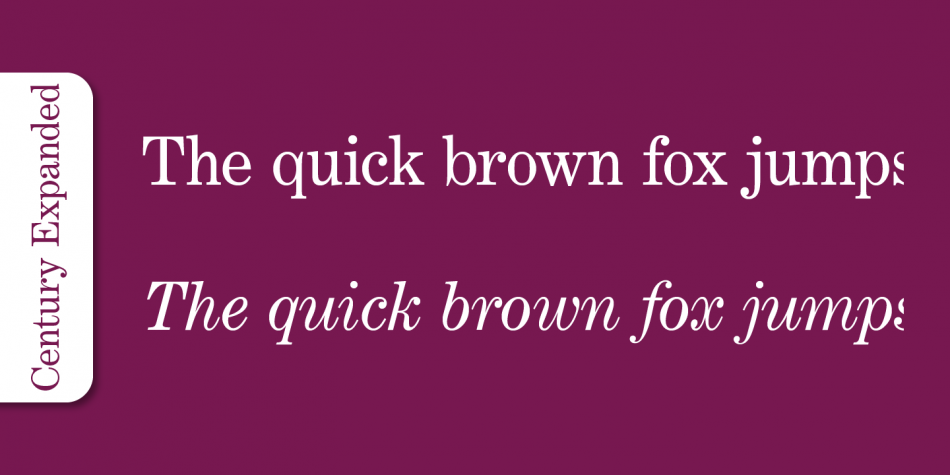 Century Expanded Pro is a serif font family. This typeface has two styles and was published by SoftMaker.

The first Century typeface was cut in 1894 by Linn Boyd Benton in conjunction with T L DeVinne for the Century Magazine. It was a blacker, more readable face than the type previously used. Morris Fuller Benton designed the Century Expanded version in 1900 for American Type Founders to meet the Typographical Union Standard of the day. The ‘expansion’ was in the vertical plane. Century Expanded is a useful font family for text setting in magazines, books, presentations, and newsletters.