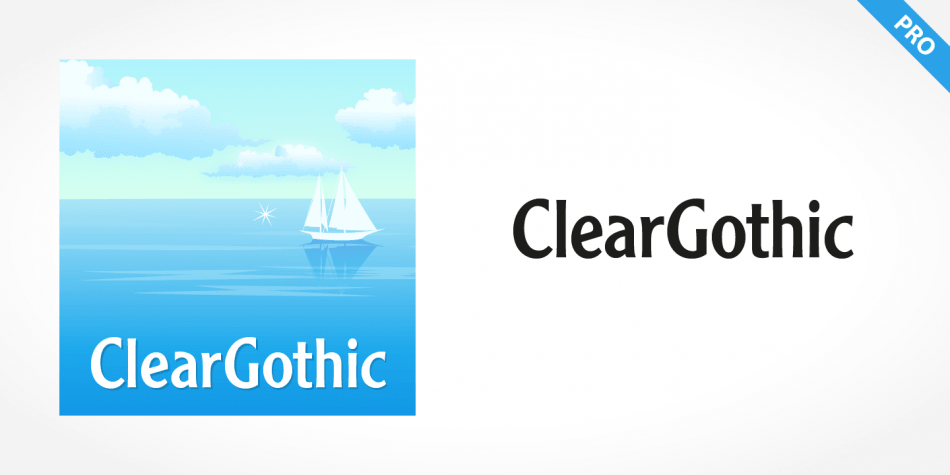 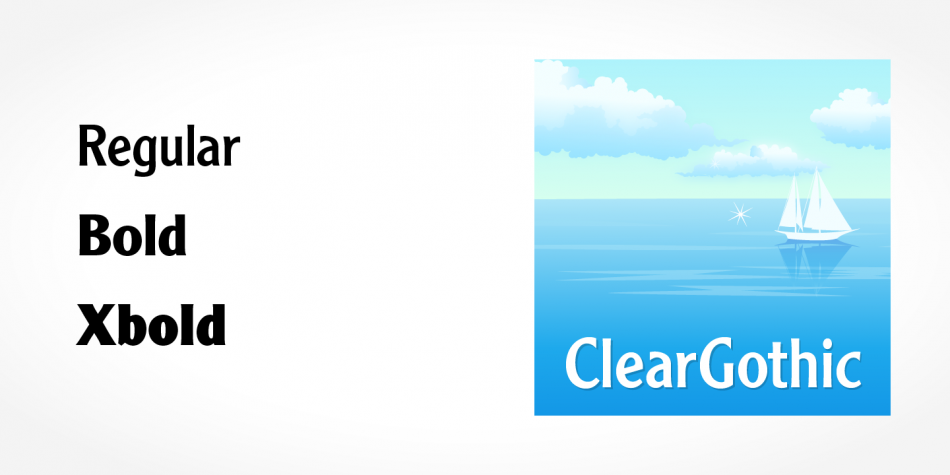 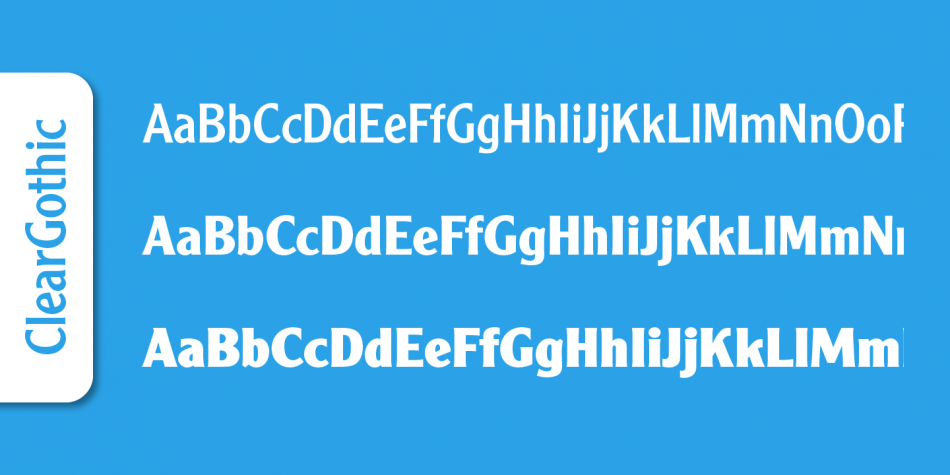 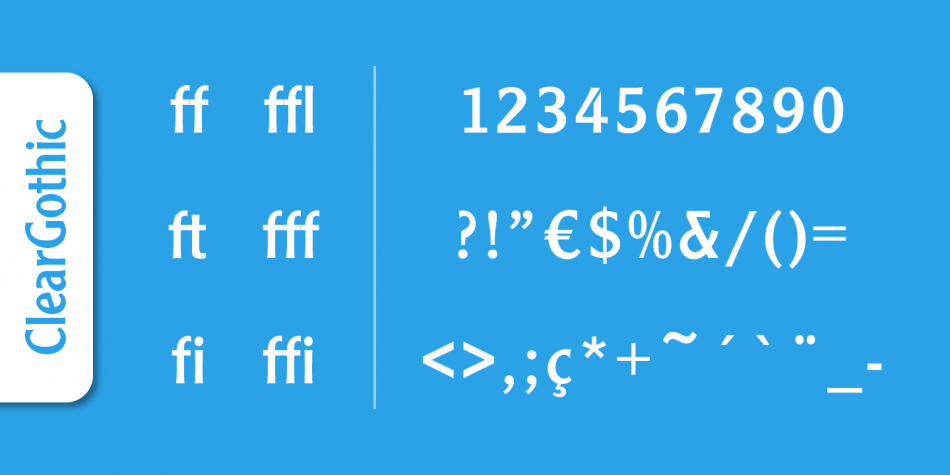 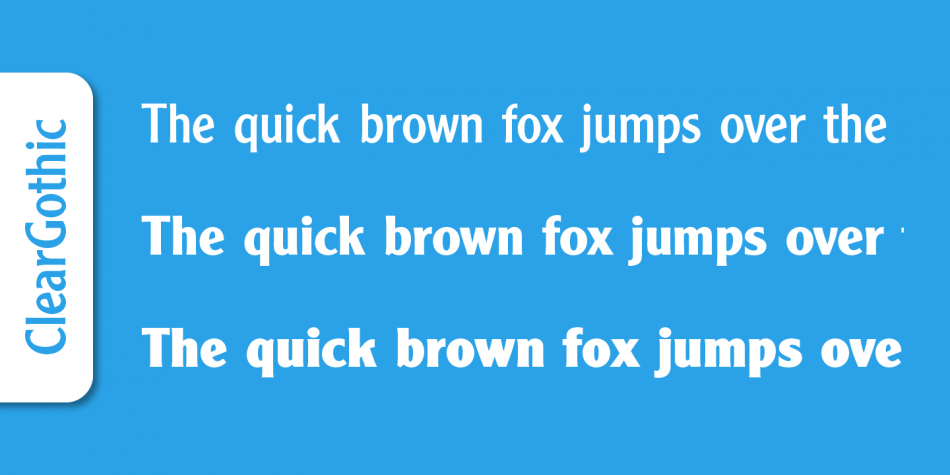 Cleargothic Pro is a sans serif font family. This typeface has three styles and was published by SoftMaker.

Morris Fuller Benton designed the serifed Clearface typeface for ATF in 1907. He liked the design so much that he also created a flare-serif variation, Clearface Gothic, soon after. It is a great typeface for headlines. SoftMaker created an updated version, Cleargothic Pro, in 2012.