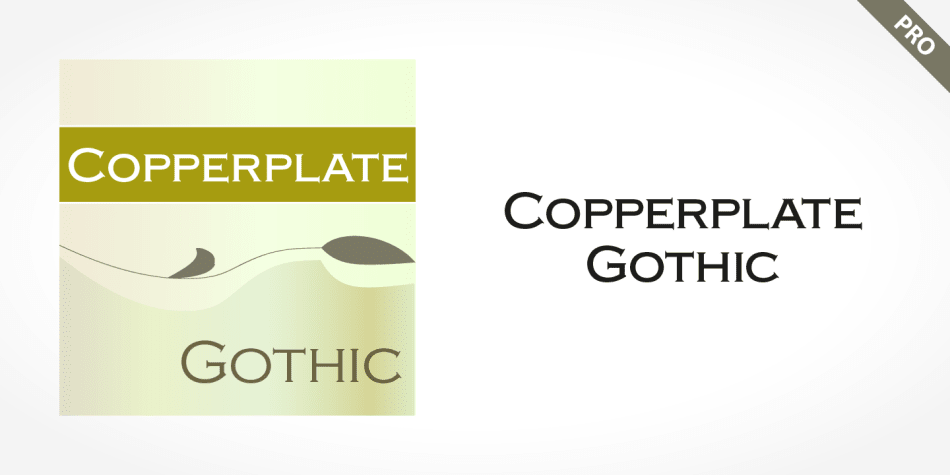 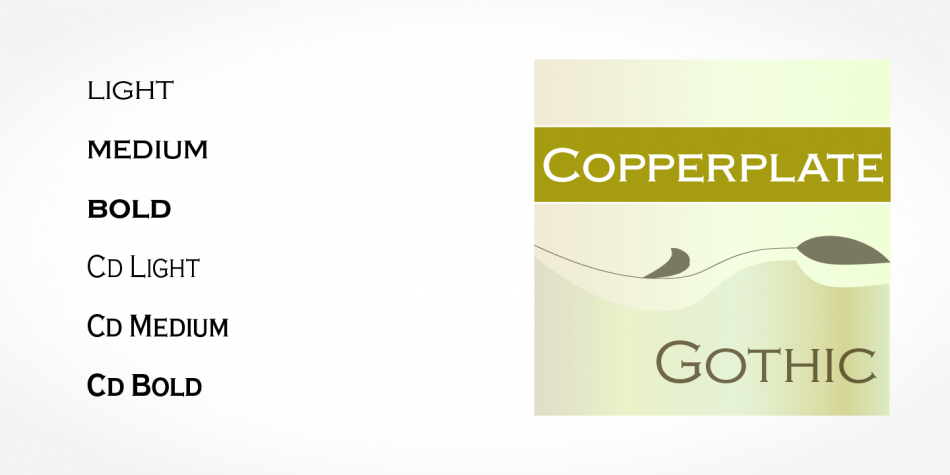 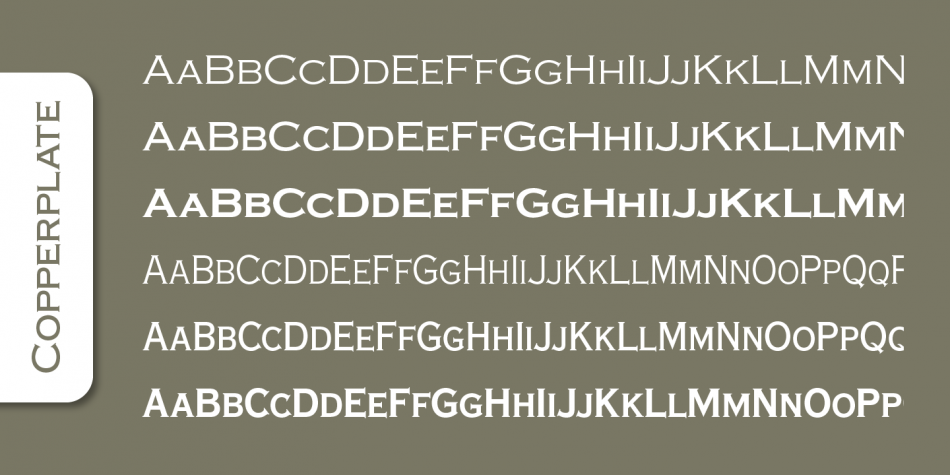 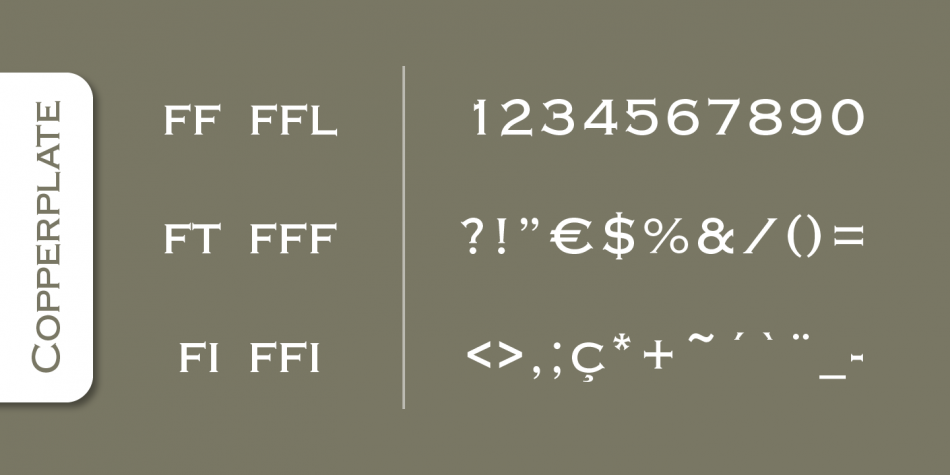 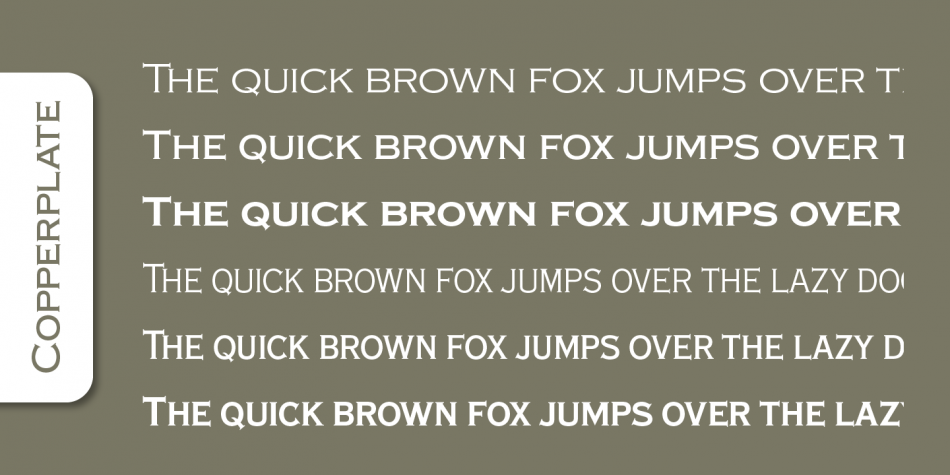 Copperplate Pro is a display serif font family. This typeface has six styles and was published by SoftMaker.

These tiny serifs were reminiscent of the edges on letters that were engraved in copperplate, hence the name. This kind of typeface was popular in the mid-twentieth century for stationery and business cards, especially for serious business professionals like doctors, lawyers, and bankers. Today, Copperplate Gothic enjoys a revival in corporate and advertising design, still imparting a look of serious business, both understated and posh. Despite the lack of a lowercase, Copperplate Gothic is legible at small sizes because of its open and wide shapes. There are nine weights and styles; the first part of the numbering system (29-33) relates to the amount of width and weight, and the second part (AB-BC) relates to the height of the caps and small caps.