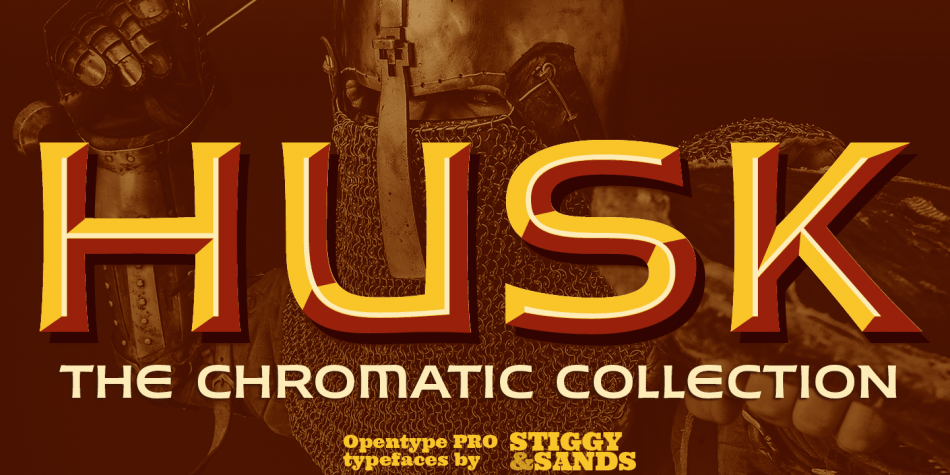 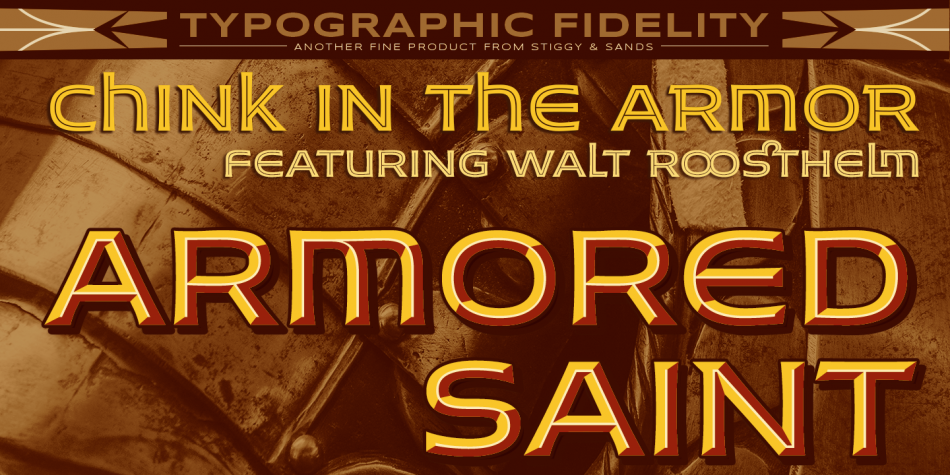 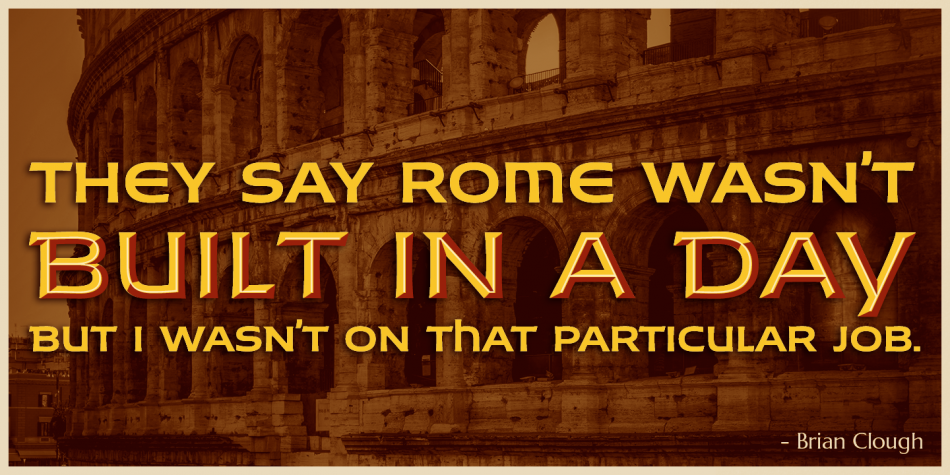 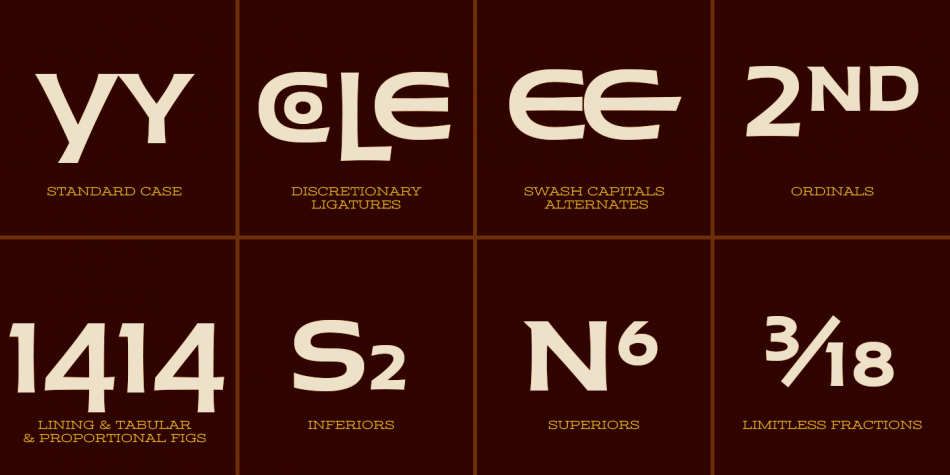 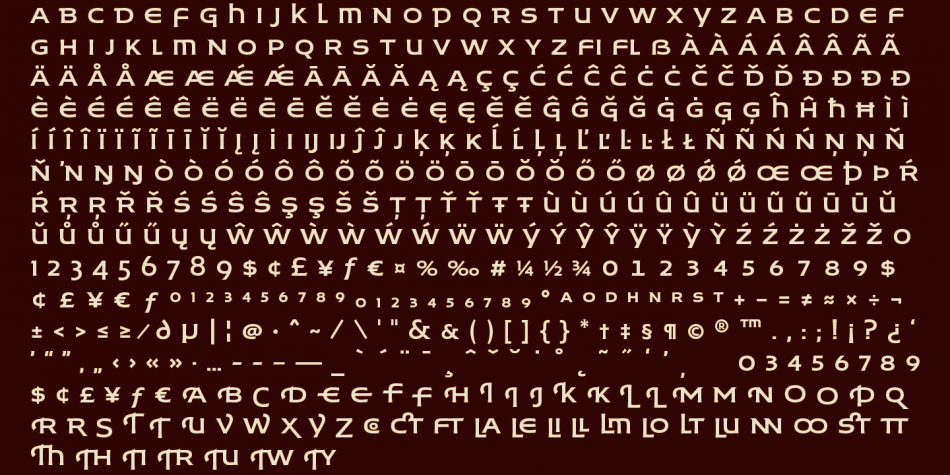 Designed by Brian J. Bonislawsky and Jim Lyles, Husk is a display sans font family. This typeface has three styles and was published by Stiggy & Sands.

The Husk Family began as a digitization of a film typeface called Maile by LetterGraphics. From there, it has evolved into a much more robust character set than its original reference. With multiple numerals sets, creative discretionary ligatures, as well as Swash Capitals and a few final forms, this gladiator of the type arena cuts through to let your designs shine.

The Husk Family is loaded with features to give you plenty of customisation options:

- Regular, Chiseled, and Inline styles that can be used alone or chromatically layered
- A mix of specialized Capital letterforms for Caps & Lowercase standard
- A Swash feature for Swash Capitals as E & R final forms.
- Stylistic Alternates feature for Lining Numerals, an alternate & and M.
- Discretionary Ligatures for a collection of unique ligature arrangements.
- A Full set of Inferiors and Superiors for Limitless Fractions
- An Oldstyle (default), Tabular, Proportional, and Lining figure sets