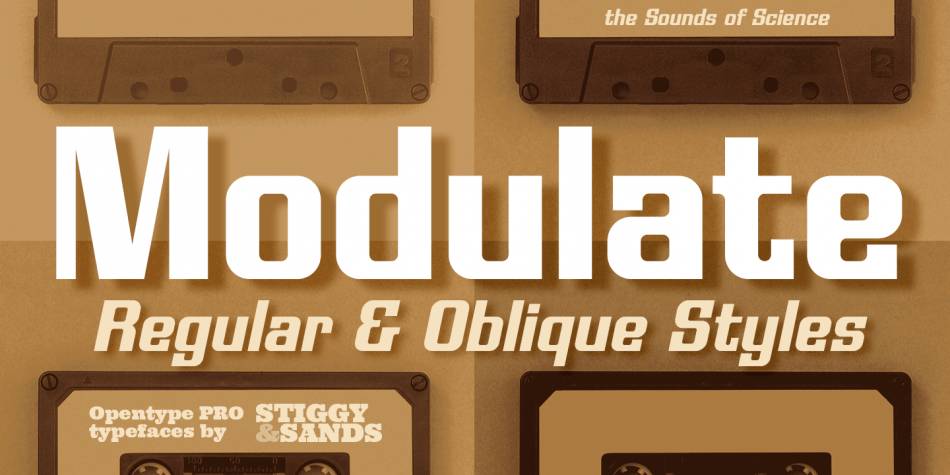 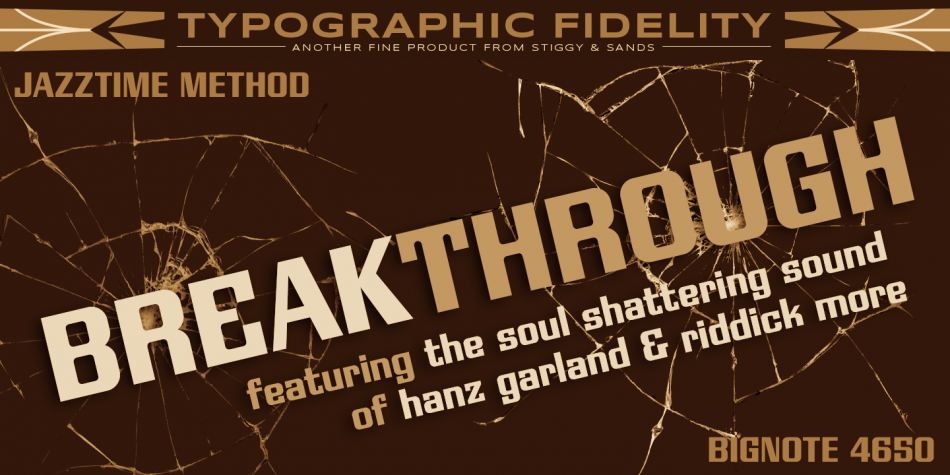 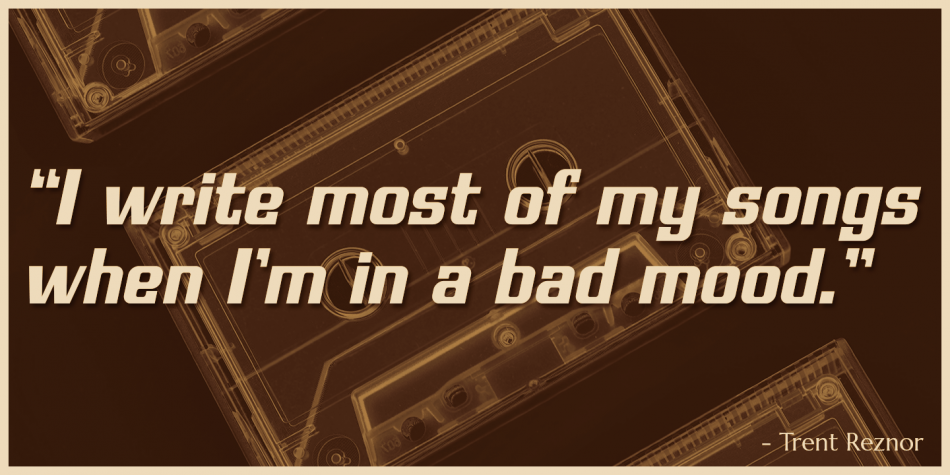 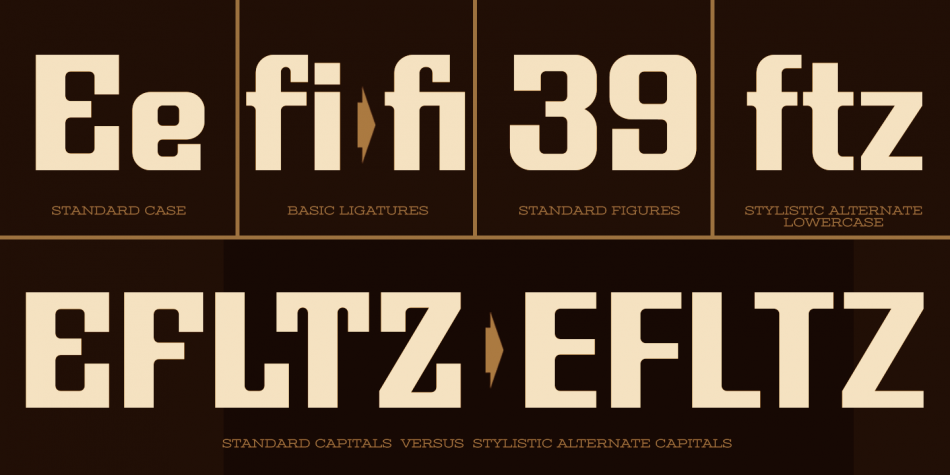 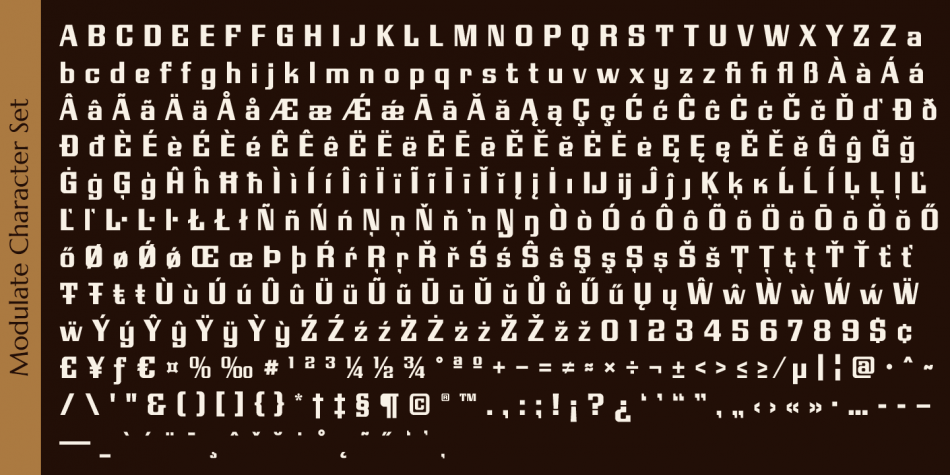 Designed by Brian J. Bonislawsky and Jim Lyles, Modulate is a display sans font family. This typeface has two styles and was published by Stiggy & Sands.

Modulate began as a digitization of a film typeface from LetterGraphics in the early 70’s known as “Cadence”. The original specimen included standard Capitals and Lowercase, Numerals and minimal Punctuation, a bare bones character set, previous only available on film and only in an upright stance.

We’ve fleshed out the Modulate typeface to include a full standard character set, an extended international set, and a handful of alternate character styles. We’ve also added an oblique style that suits its techno design.

See the 5th graphic for a comprehensive character map preview.