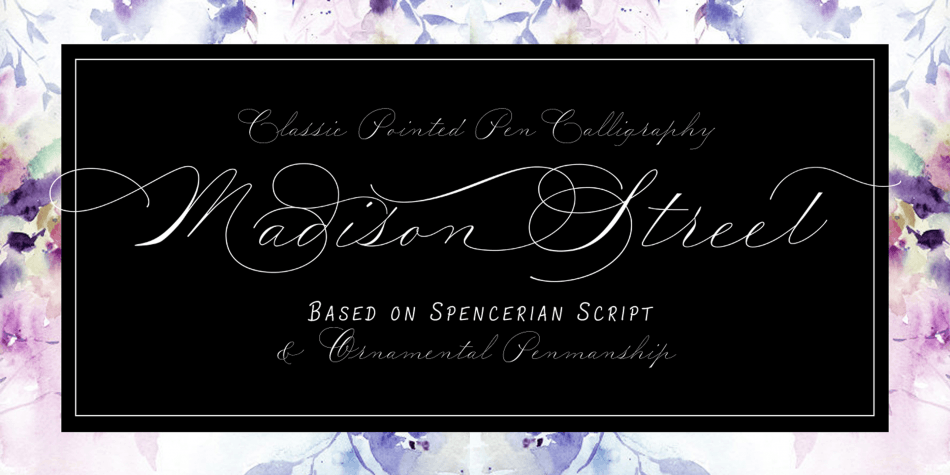 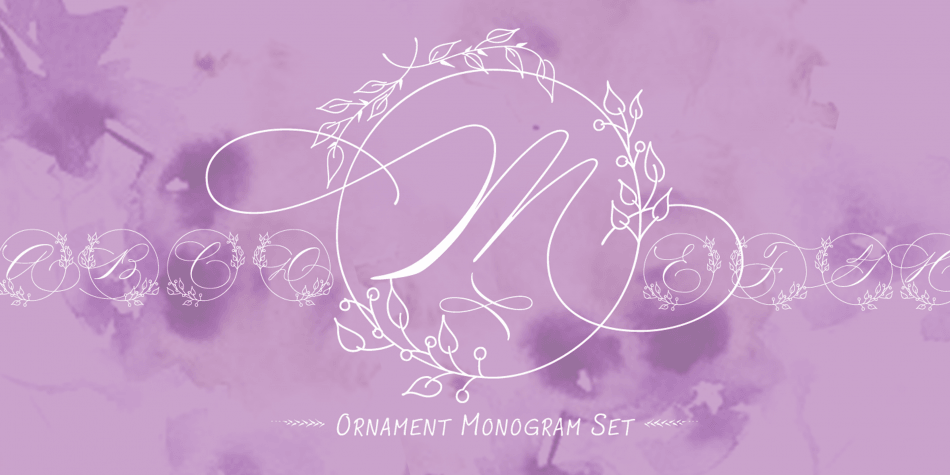 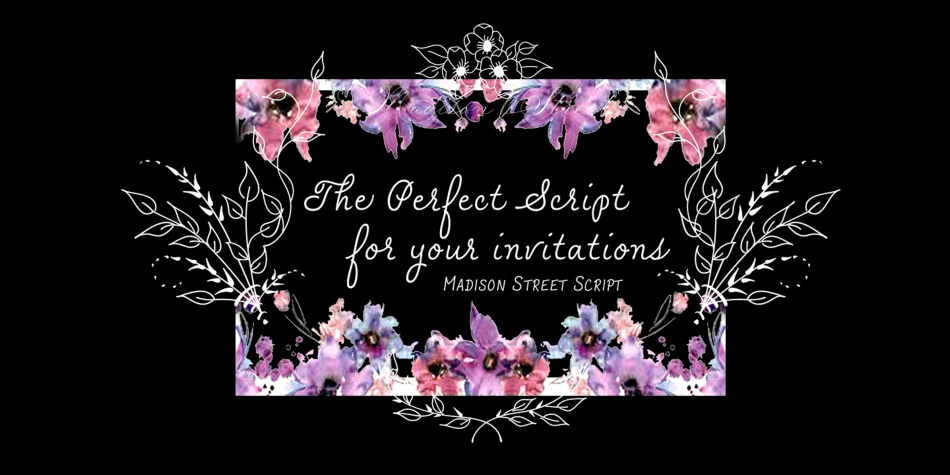 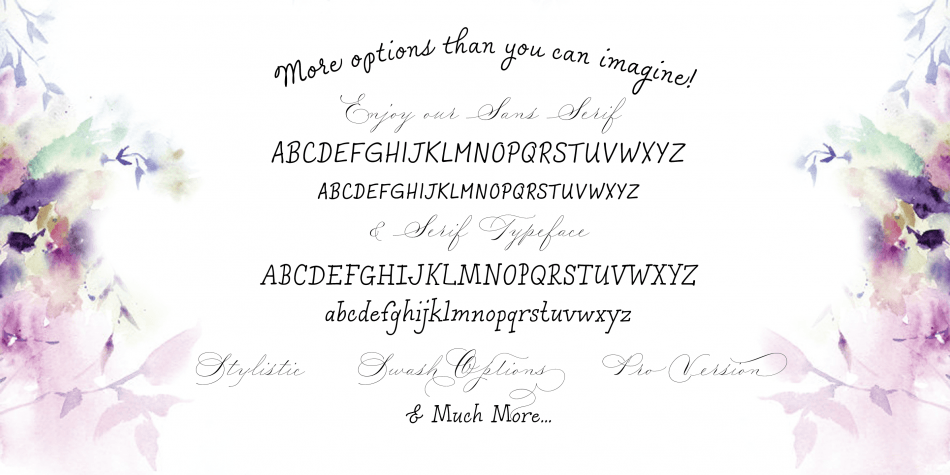 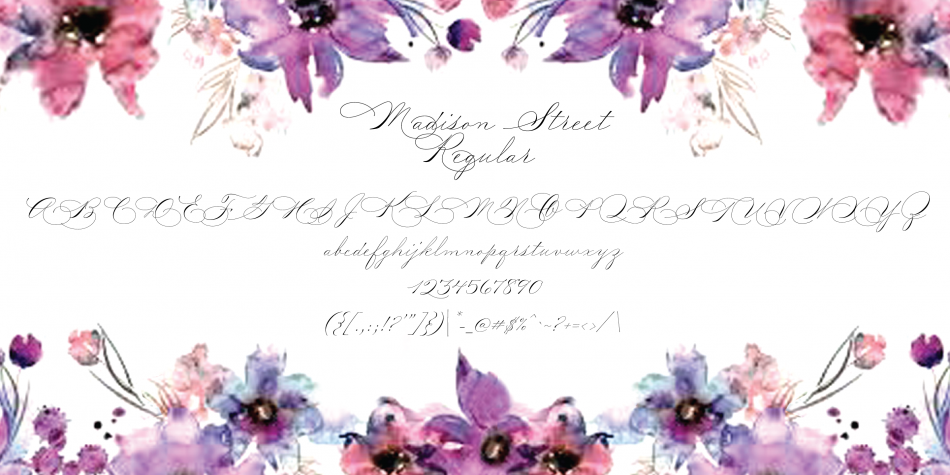 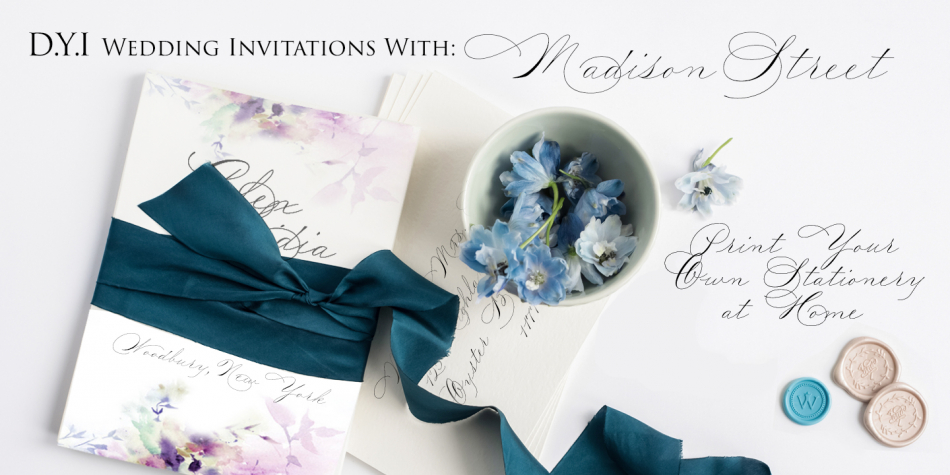 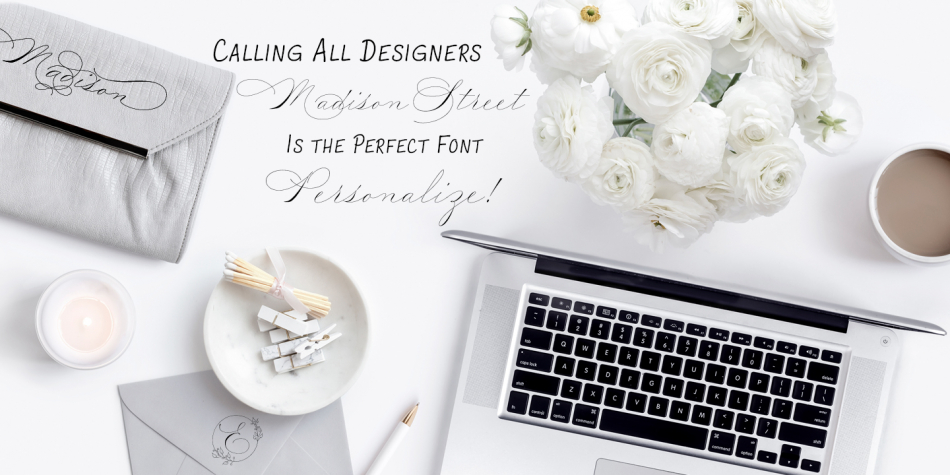 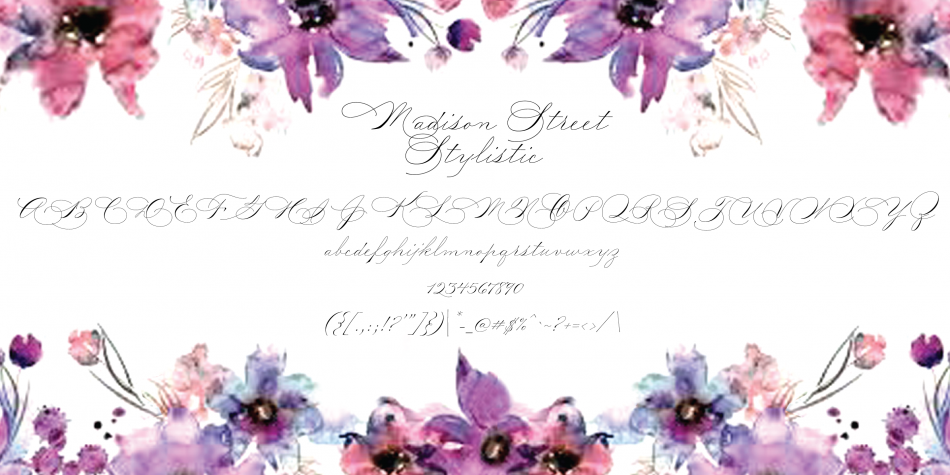 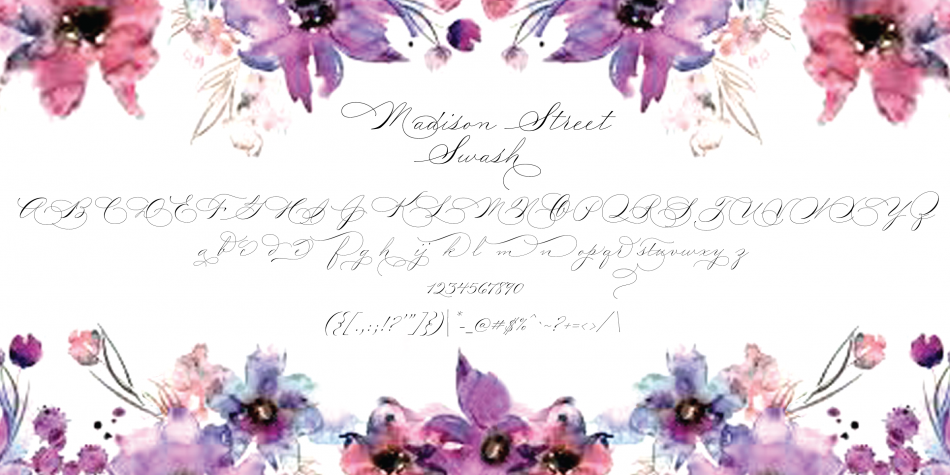 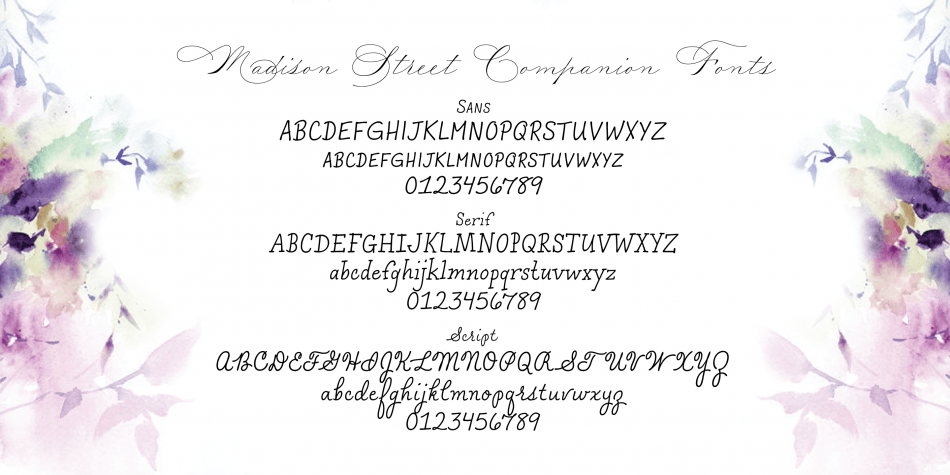 Designed by Eliza Gwendalyn, Jim Lyles and Elaina DeBoard, Madison Street is a multiple classification font family. This typeface has eight styles and was published by Studioways. 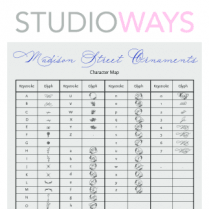 Madison Street is a font family with 8 fabulously fun typefaces! Eliza Gwendalyn & Jim Lyles of Studioways have teamed up with Spencerian calligrapher Elaina DeBoard to create a classic pointed pen calligraphy font. From its ornamental monograms, to its variety of complimentary text styles, and to its Madison Street Pro, with its elegant stylistic swashes and OpenType goodies, there is a font for every designer. Enjoy the sleek Madison Street Sans, Serif or Script, paired with the Ornaments font, complete with ornate monograms, or use each typeface on its own!

Madison Street Pro
Madison Street Pro has all the OpenType bells and whistles. The Ligature feature automatically substitutes beginning and ending letterforms, as well as 100 ligatures. Turn on the Swash feature for elegantly sweeping swash lowercase forms. Enable Stylistic Alternates for even more variations. There are also 10 Style Sets to chose from. And many more OT features!

Madison Street Ornaments
Madison Street Ornaments was created as a companion for any of the other fonts in the Madison Street Family. In addition to the floral and decorative fleurons, the font also contains pre-composed salutations, Mr, Mrs, Ms, and Miss, Jr, and a couple of swash “and”. There is also a set of single letter monograms, A-Z, within a decorative frame. All of the ornaments are weighted to work perfectly with the Madison Street fonts, and can be combined to create distinctive placecards, invitations, and much more! The font package contains a Character Map so finding the ornaments is easy.

Madison Street Text Fonts
The three Madison Street Text Fonts are each based on Elaina DeBoard’s printing styles, and each pairs nicely with the Spencerian typefaces, when set at 1/3 point sizes. Madison Street Script is a non-connecting, hand drawn italic script, with plenty of casual and friendly shapes!
There are a handful of ligatures and initial and final glyph forms to help alleviate those more difficult letter combinations. Madison Street Sans and Madison Street Serif are also casual text styles. The Sans features small caps instead of a traditional lowercase. All three of the text fonts work great for invitations, place cards, and similar annoucement material.