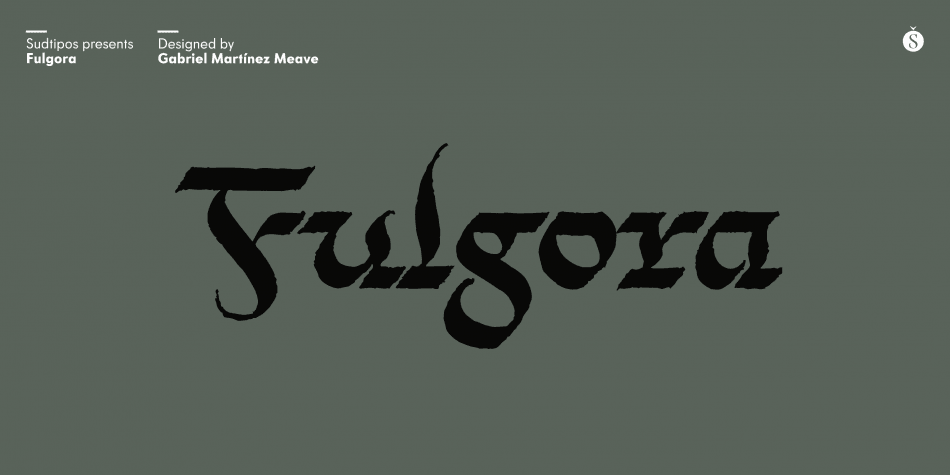 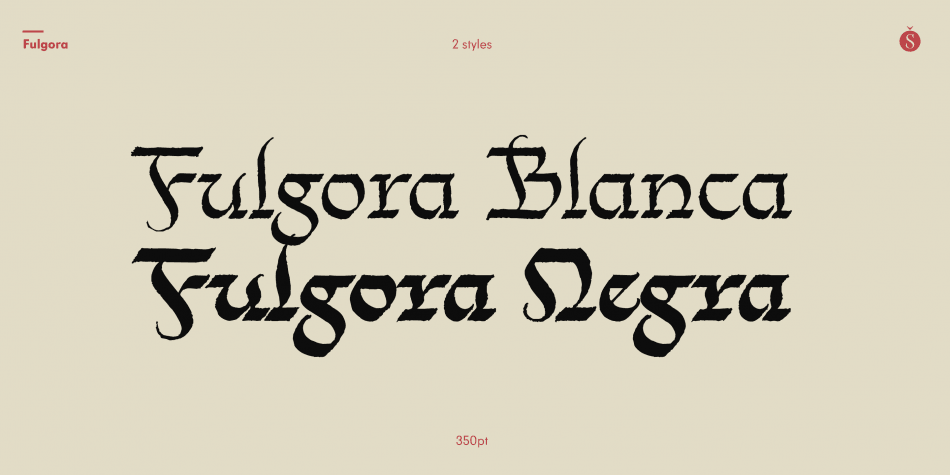 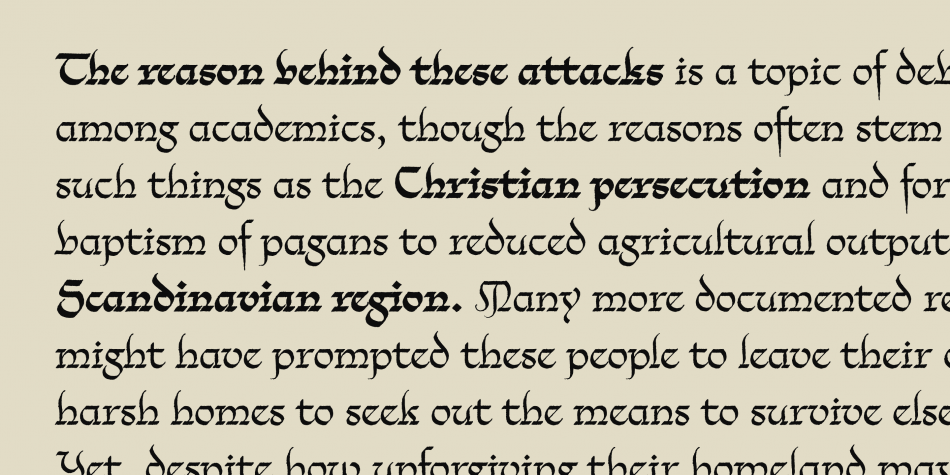 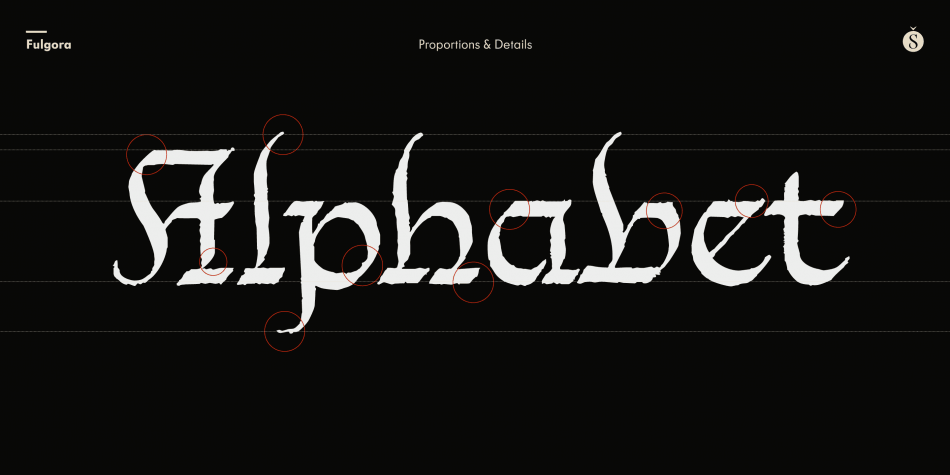 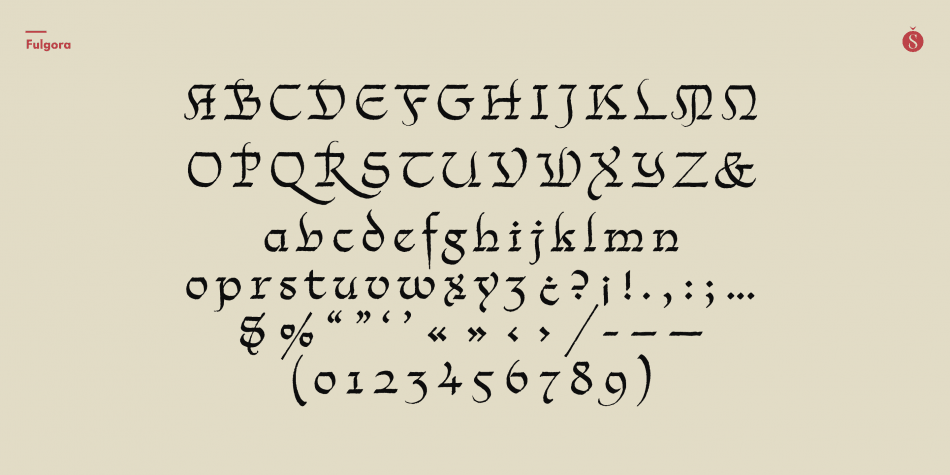 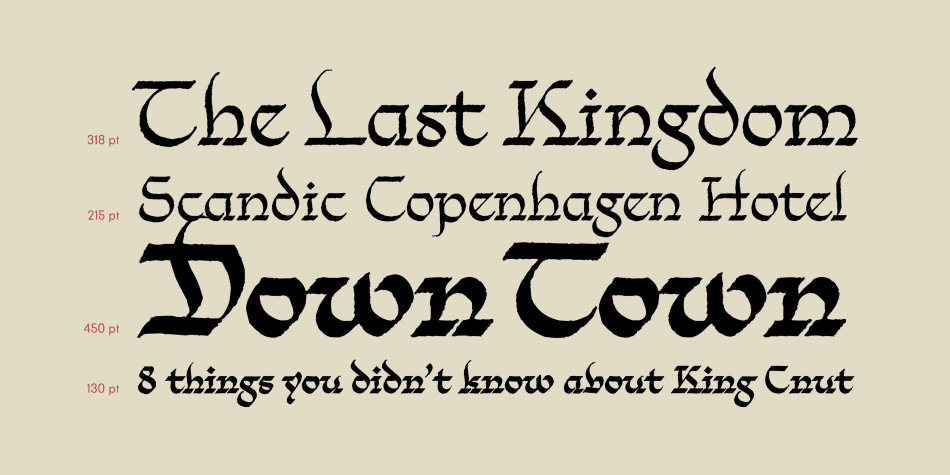 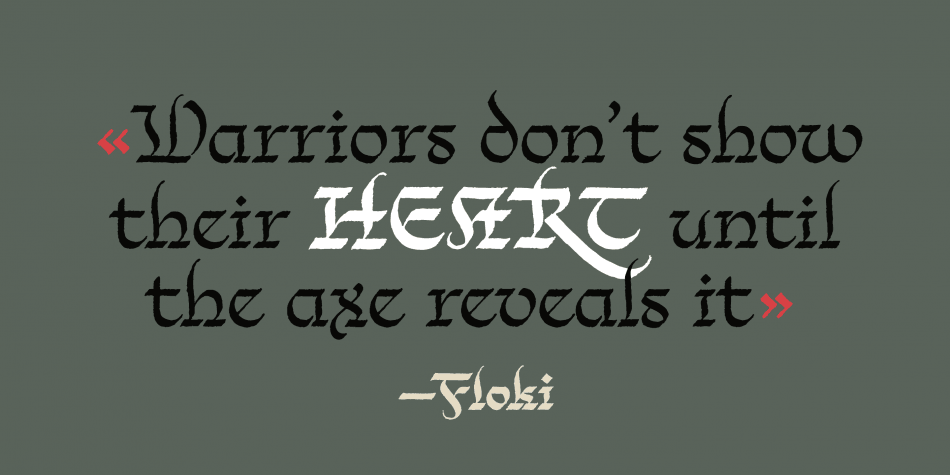 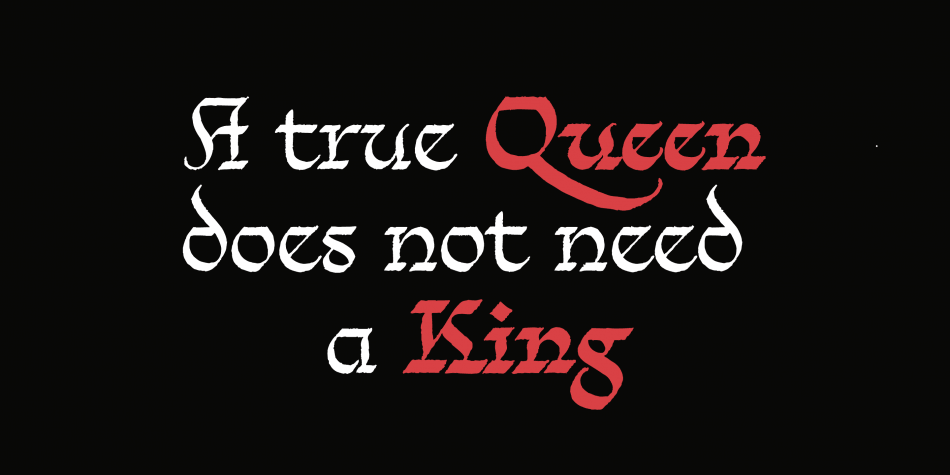 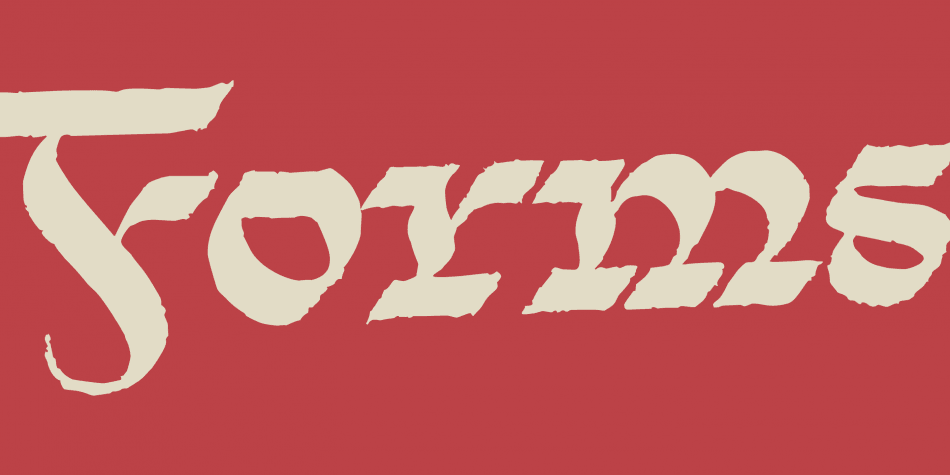 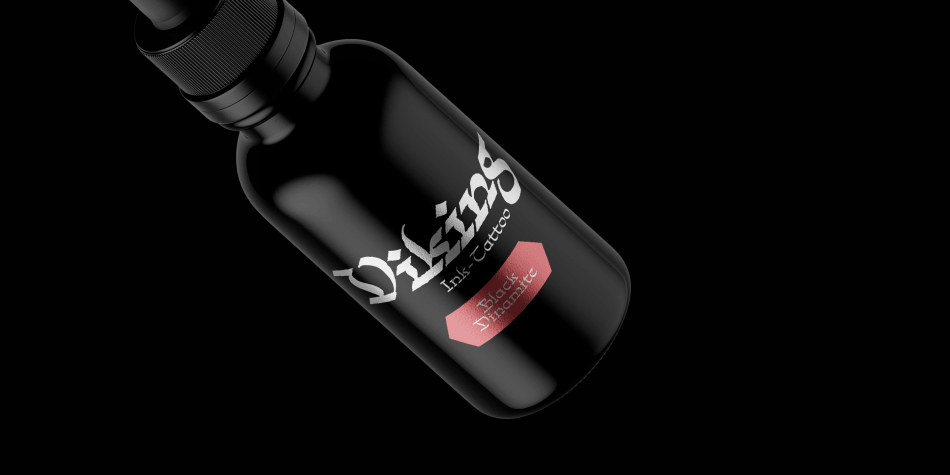 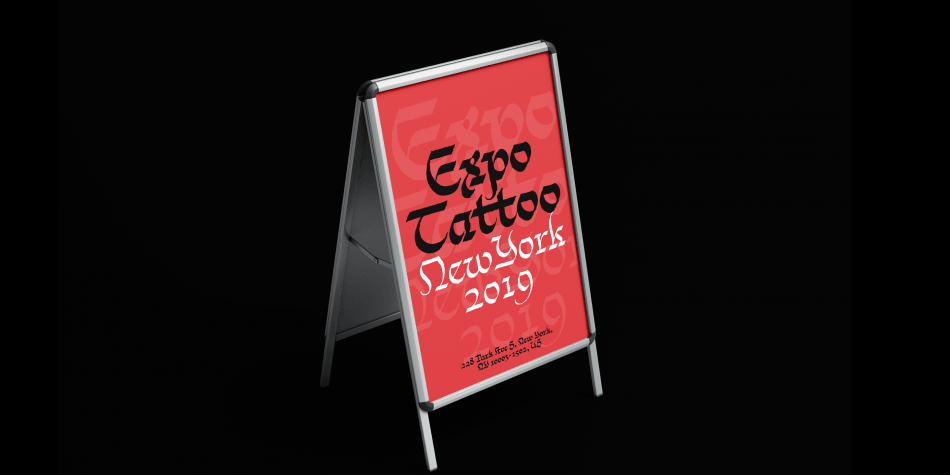 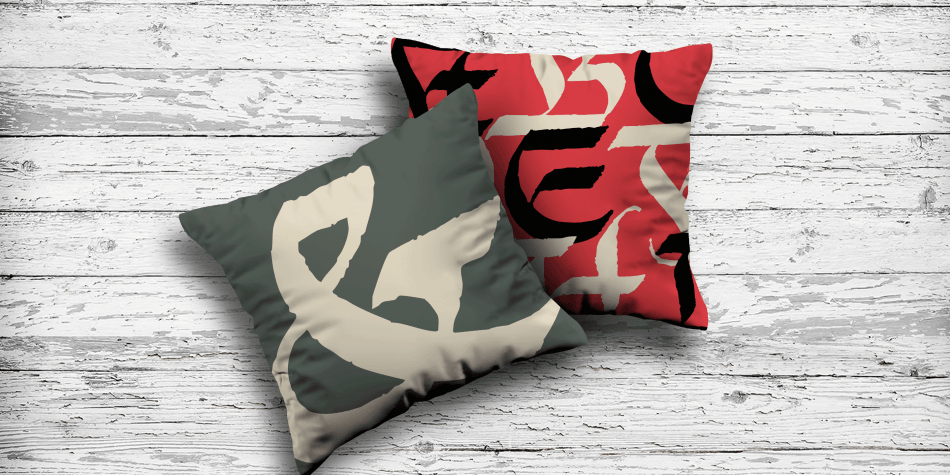 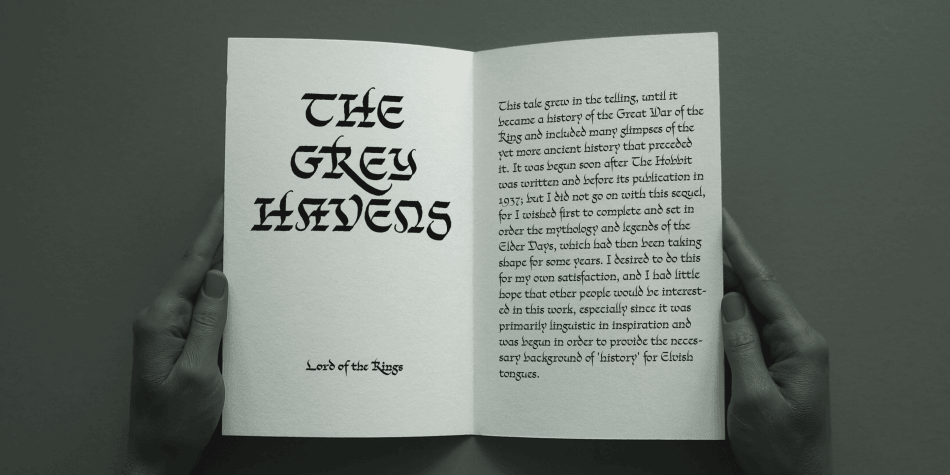 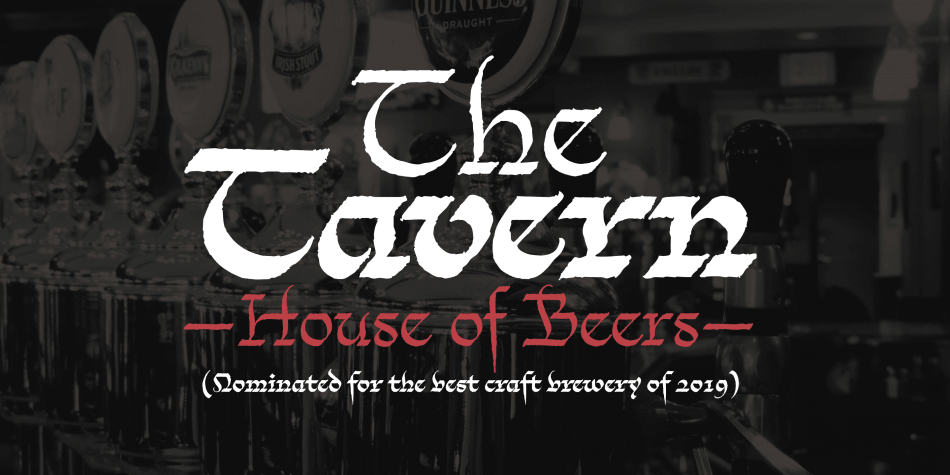 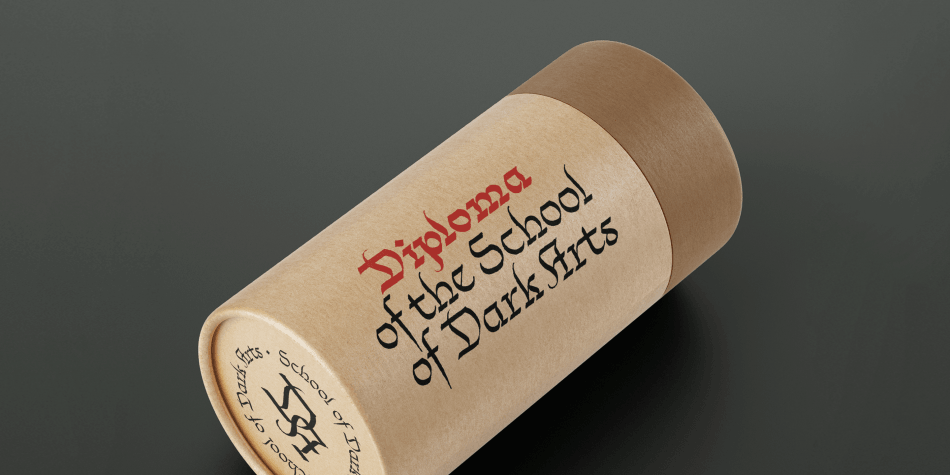 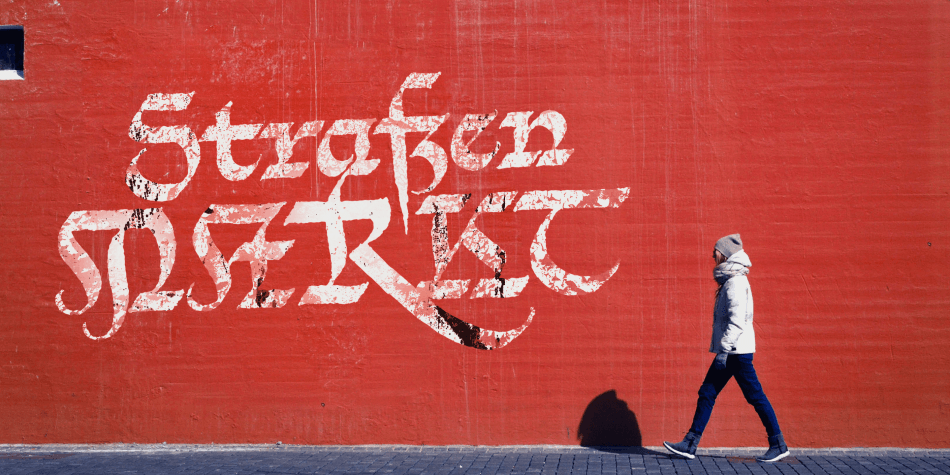 Designed by Gabriel Meave, Fulgora is a blackletter, exotic and script font family. This typeface has two styles and was published by Sudtipos.

Fulgora is a sort of ‘calligraphic typography’ or ‘typographic calligraphy’, depending on the point of view.

Inspired by late-medieval Bâtarde and Civilité blackletter styles, the Kannada and Sinhala writing systems from Southern India, Celtic uncials, and diverse vernacular Mexican scripts, Fulgora was created straight from pen on paper as a personal calligraphic style where fantasy in the chief ingredient. The idea to take it to the digital realm came later, as an extension of the creative process.

To this end, originals for each character were made, directly traced with the nib with no retouching, then vectorized to be digitally assembled. Work has been done on spacing and kerning with the aim to digitally reproduce an utterly calligraphic outcome keeping the natural, imperfect, manual finish of all signs.

Fulgora has two variants: Blanca (white) and Negra (black), executed with different nib widths but the same style and proportions.