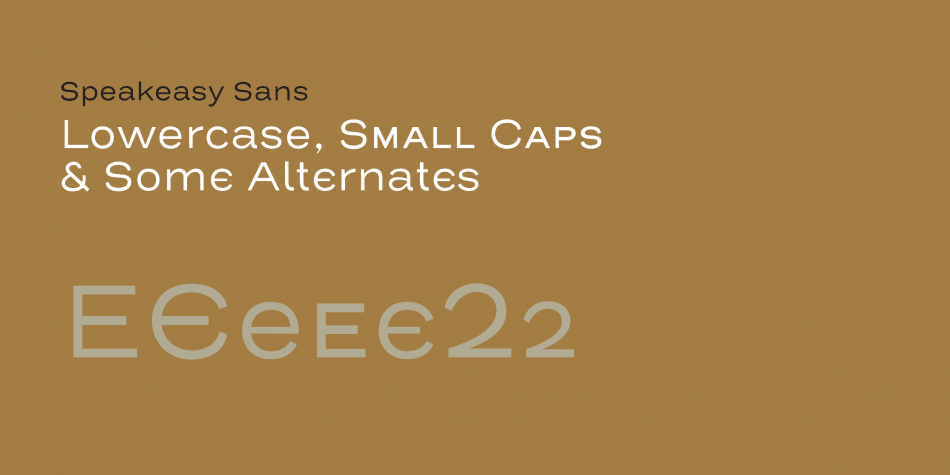 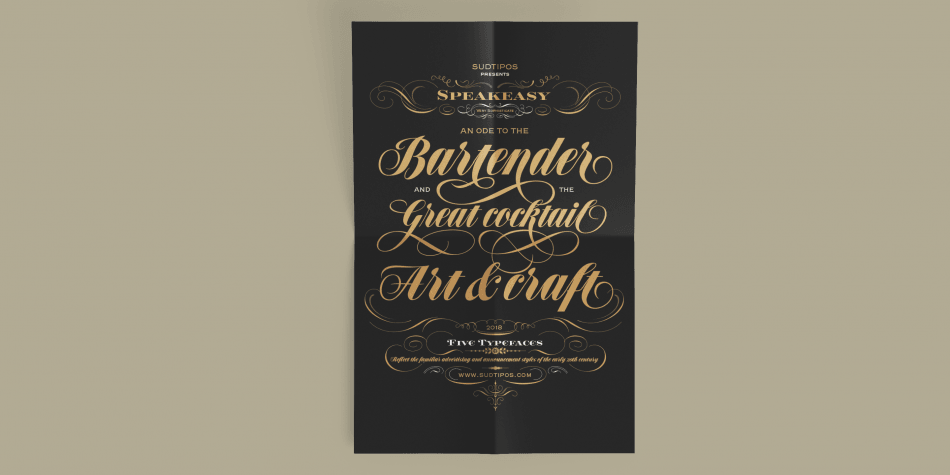 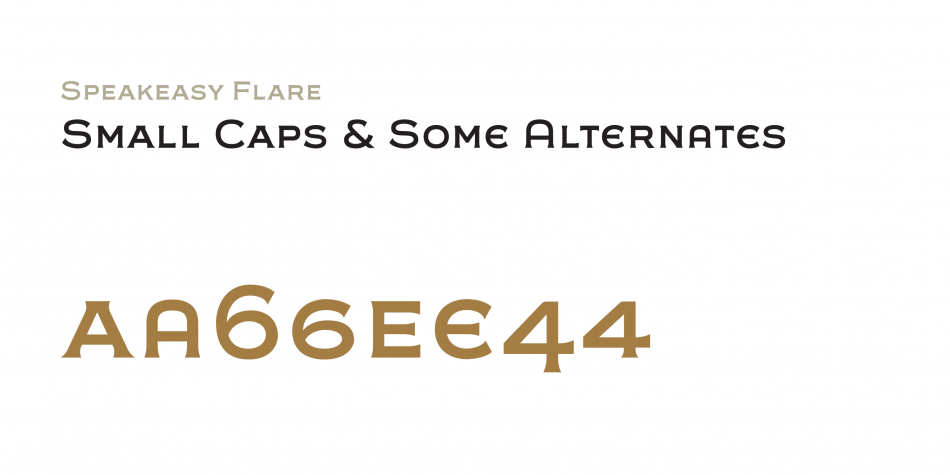 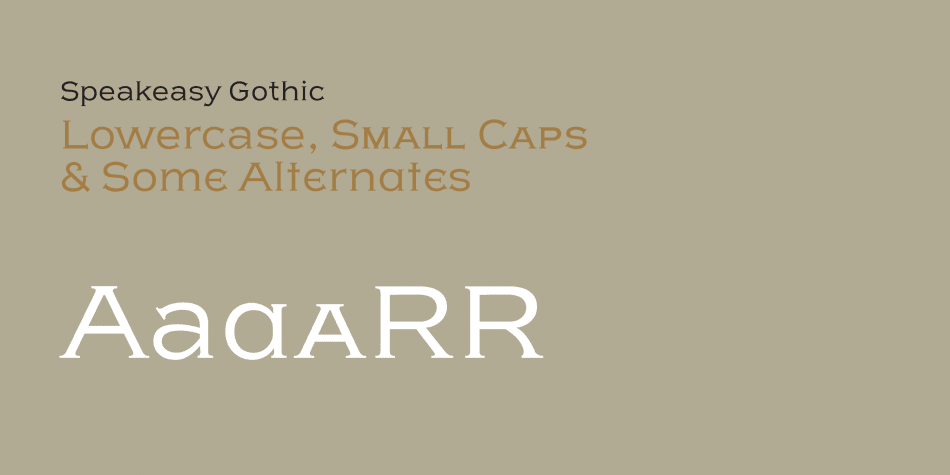 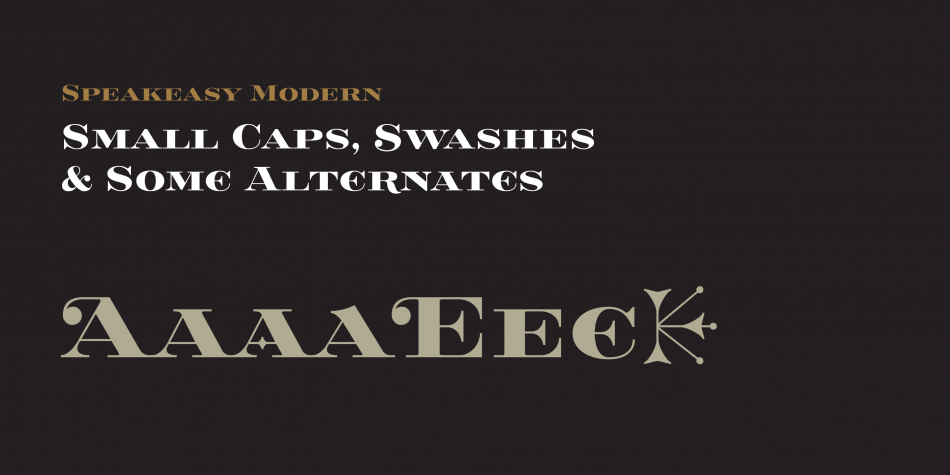 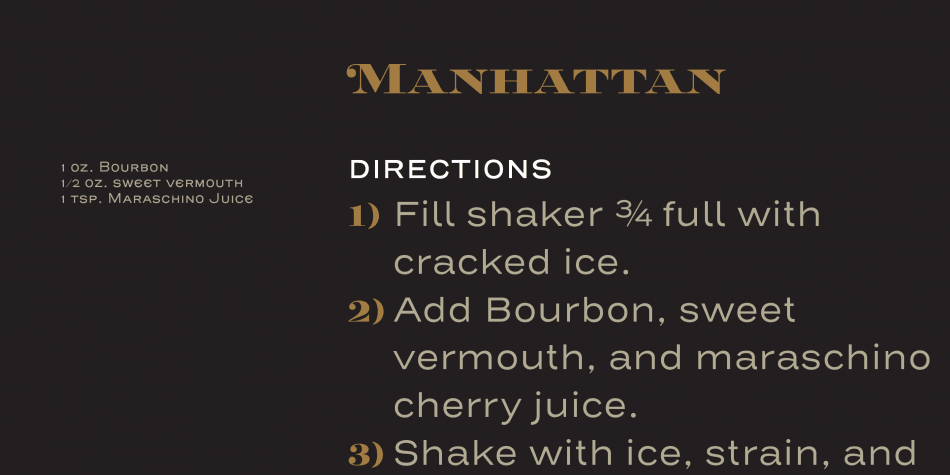 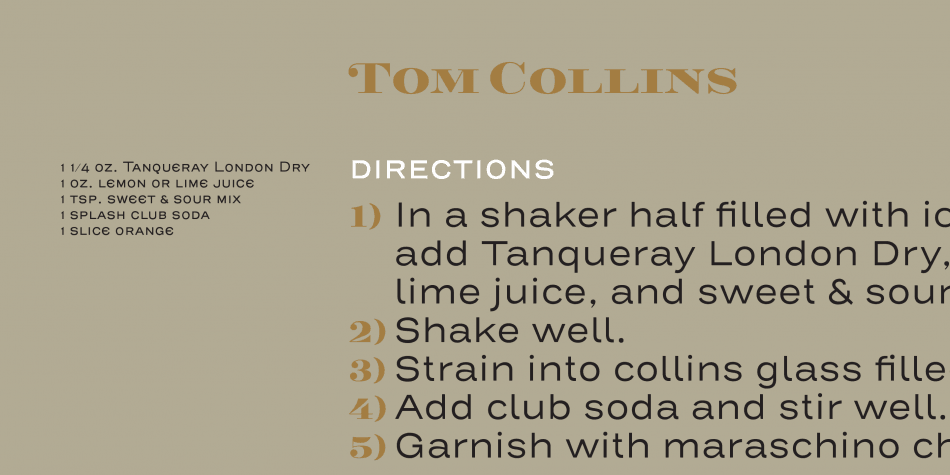 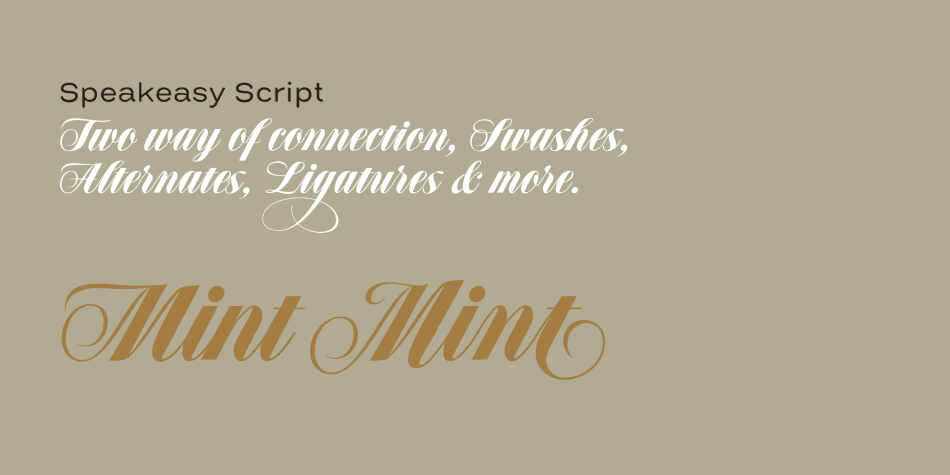 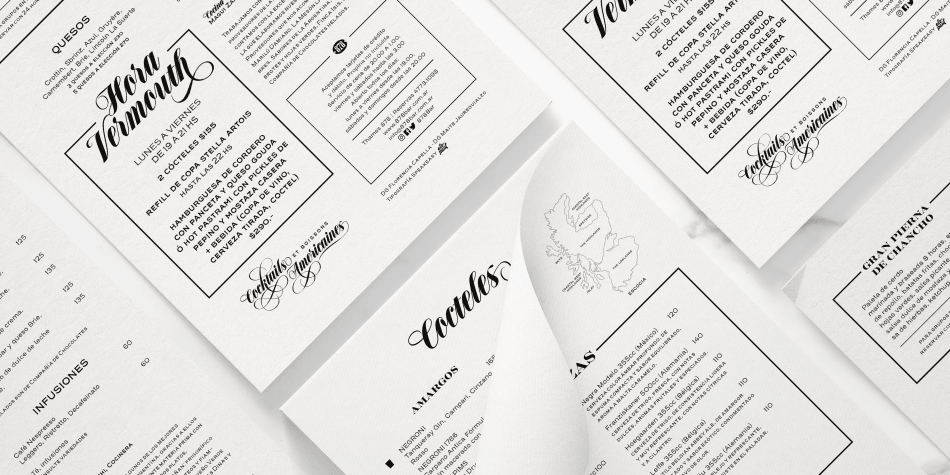 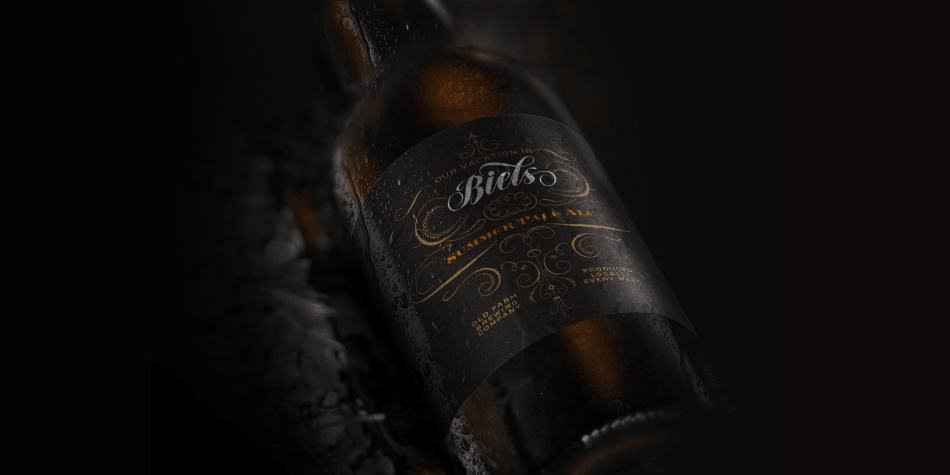 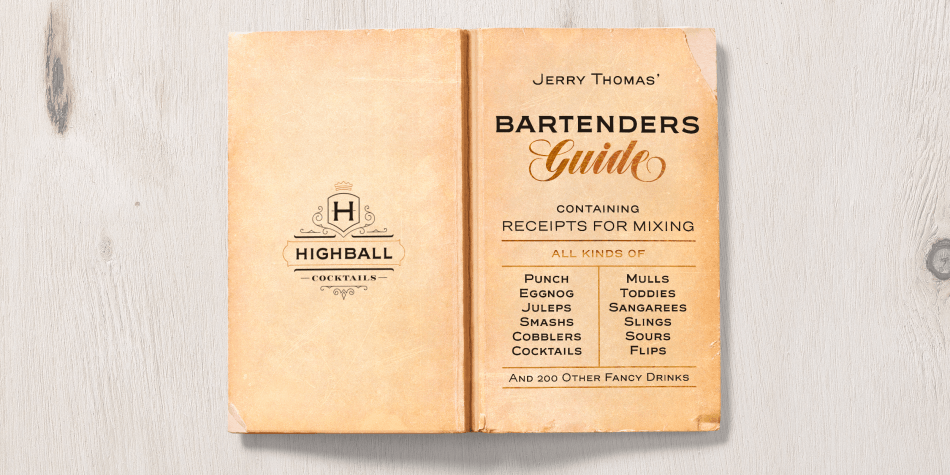 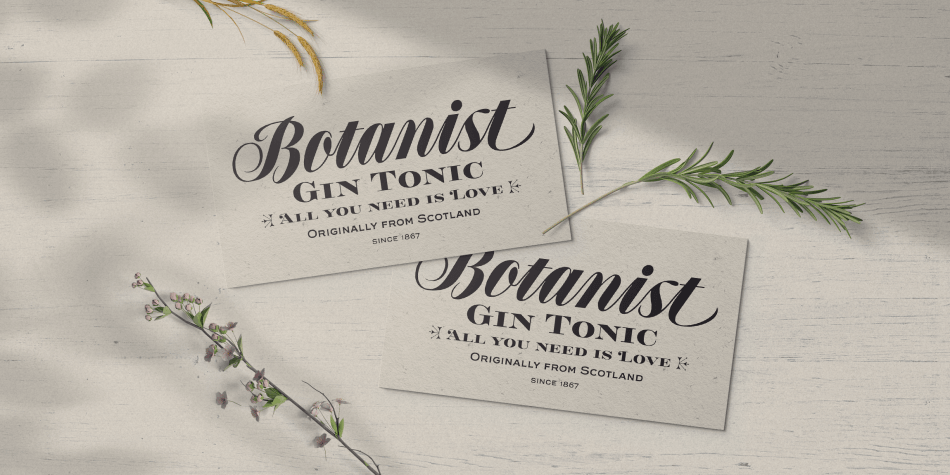 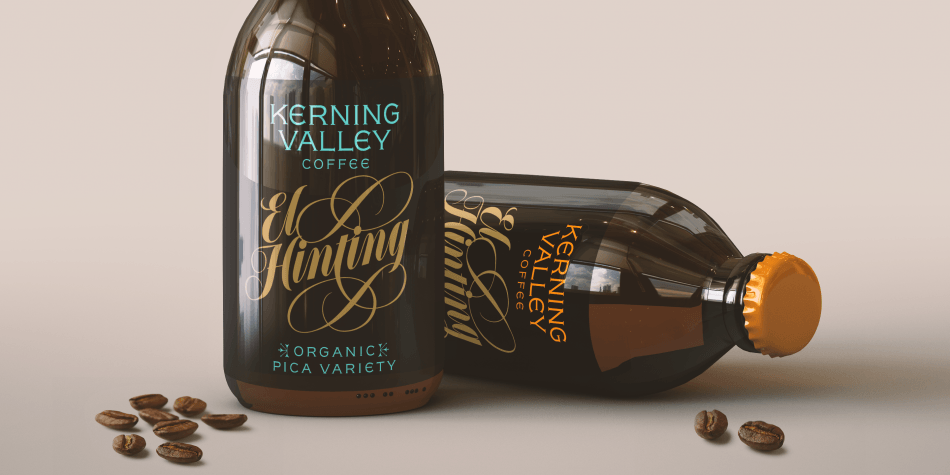 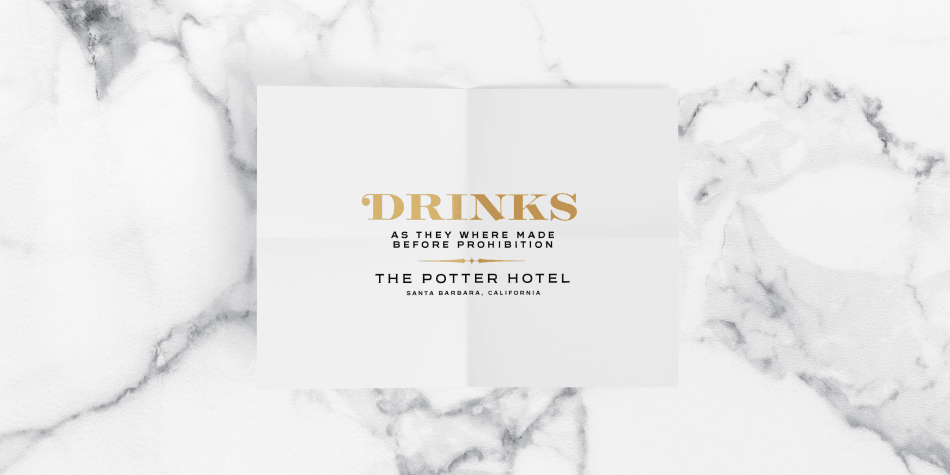 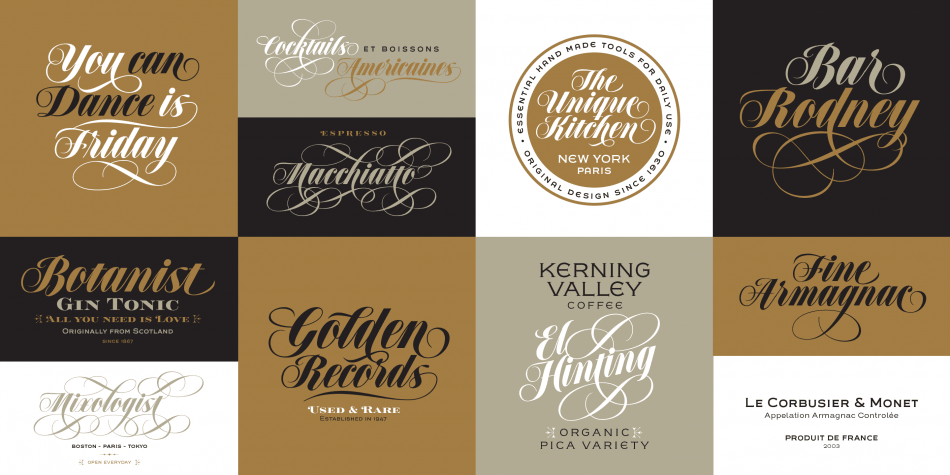 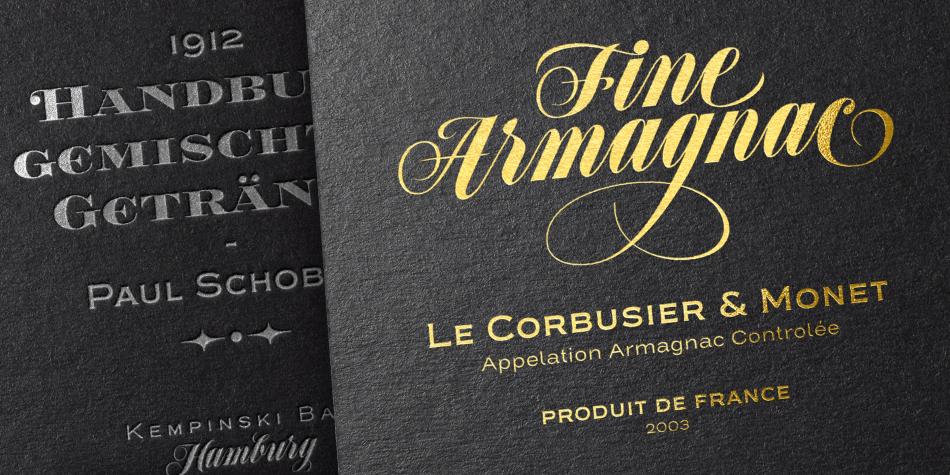 Designed by Alejandro Paul, Speakeasy Set is a multiple classification font family. This typeface has five styles and was published by Sudtipos.

Speakeasy is a 5-font combo thematically built as a toolset for designing menus and liquor labels as well as coffees, restaurants and signs when the desire is to communicate with style. Originally put together to be used by the most famous speakeasy in Buenos Aires, this set contains a script, a minor (almost flat) wedge serif, a flare serif, a sans serif, and a bold Didone. The seed for the script was found in a German lettering book, and the other fonts reflect the familiar advertising and announcement styles of the early 20th century.

The Speakeasy script comes with two different ways to connect the letterforms. Also included are many alternates, swashes, endings and flourishes — all accessible via OpenType features or glyph palettes.

This combination of fonts worked wonderfully for the project that called for it. Hopefully it will work just as well for your project.