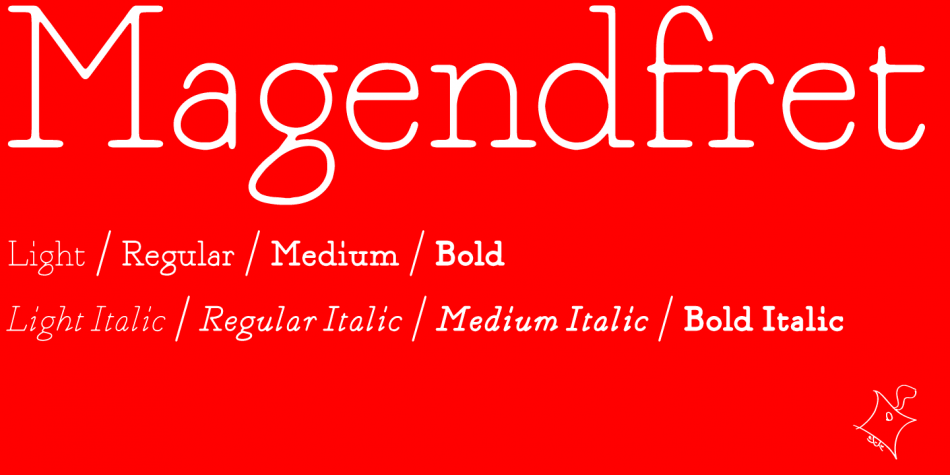 Designed by Shuji Kikuchi, Magendfret is a typewriter and slab serif font family. This typeface has eight styles and was published by sugargliderz.

Magendfret is a typeface that was designed very mechanically. However, it is also the optimal typeface for expressing soft warmth.

Magendfret was designed by constructing a “line.” That is: it is based on the concept “it is the combination of a straight line and a curve with a character.”

I made the character from the act of using and constructing a vector graphics editor, a mouse, and a keyboard. That, I thought when constructing it, should make neither a roman type nor italic type into a novel form, and a very general form. Once those characters were bit-map-ized, they traced again mechanically by the vector graphics editor. It became a soft impression by this work.

The very mechanical act of changing the thickness of a line uniformly constitutes the family. The thickness of seven patterns was created first and, finally it results in four patterns. Respectively, styles called Light, Regular, Medium, and Bold are attached as usual.

The name Magendfret is meaningless. It is an anagram of a certain words selected very arbitrarily.