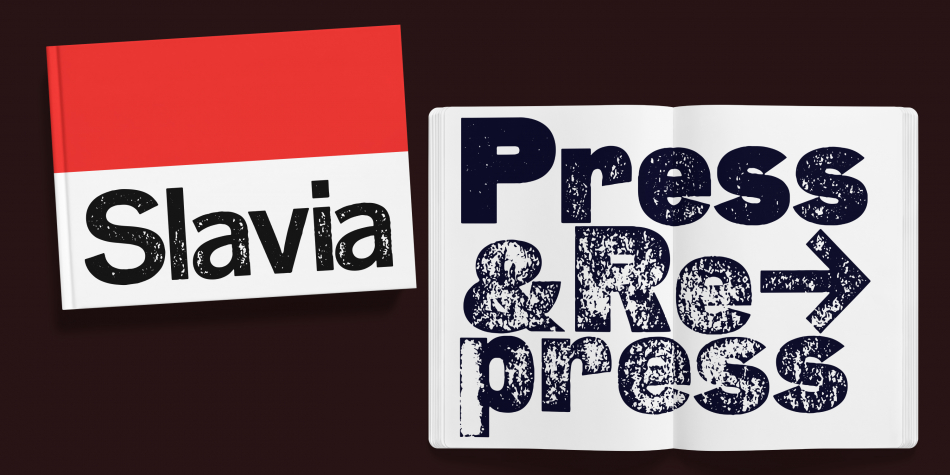 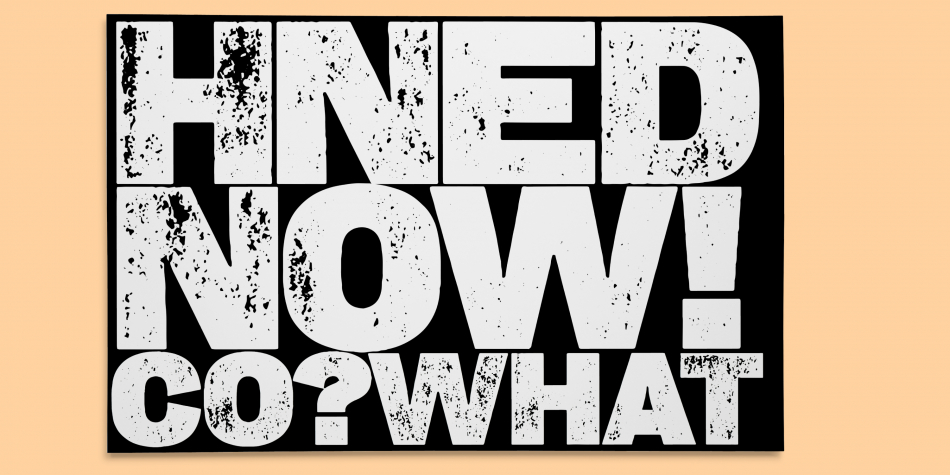 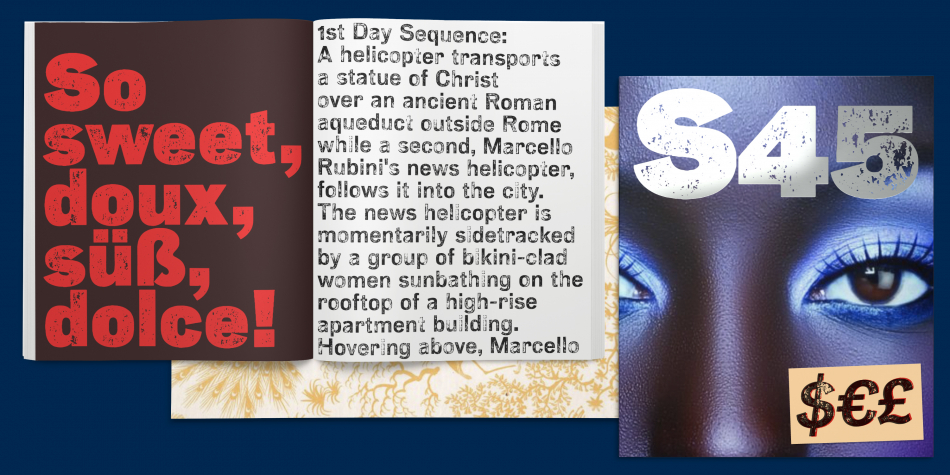 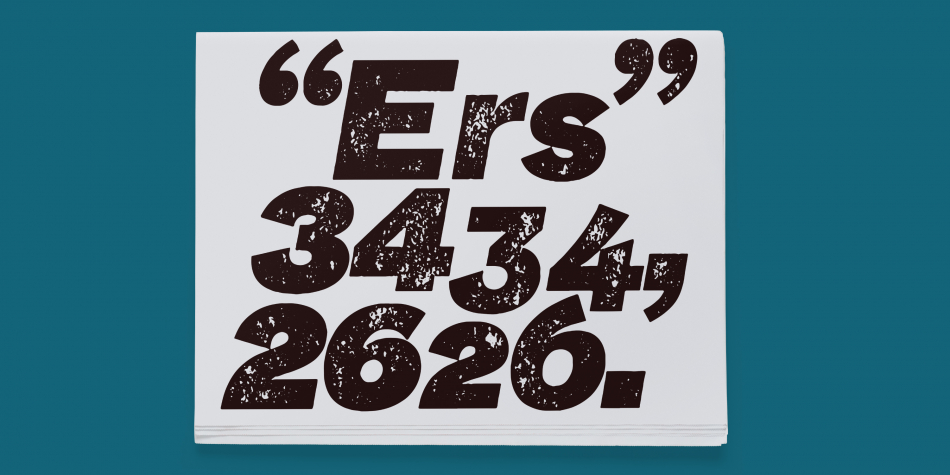 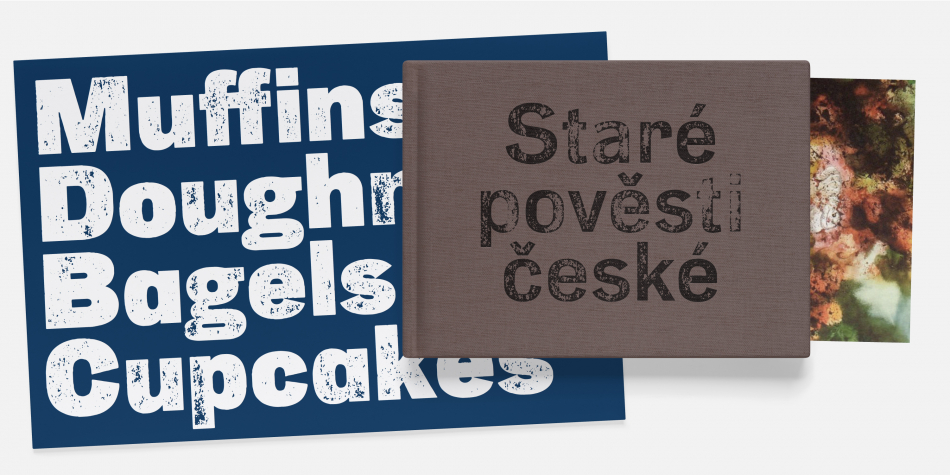 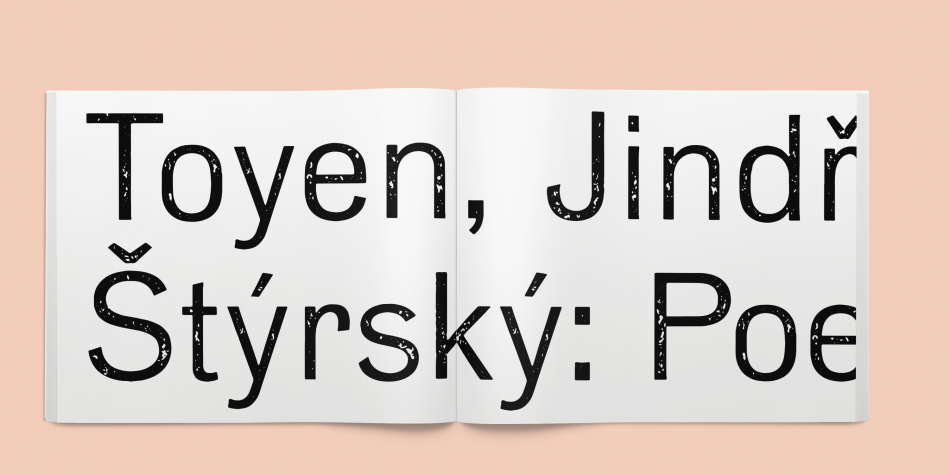 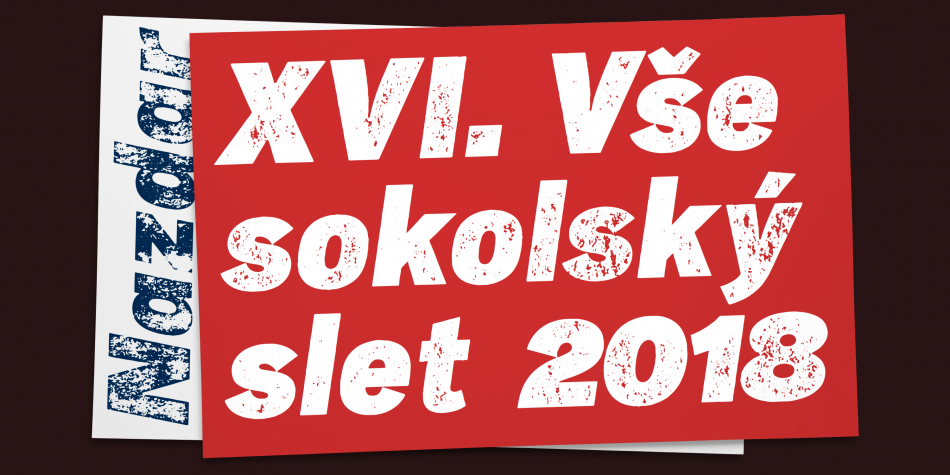 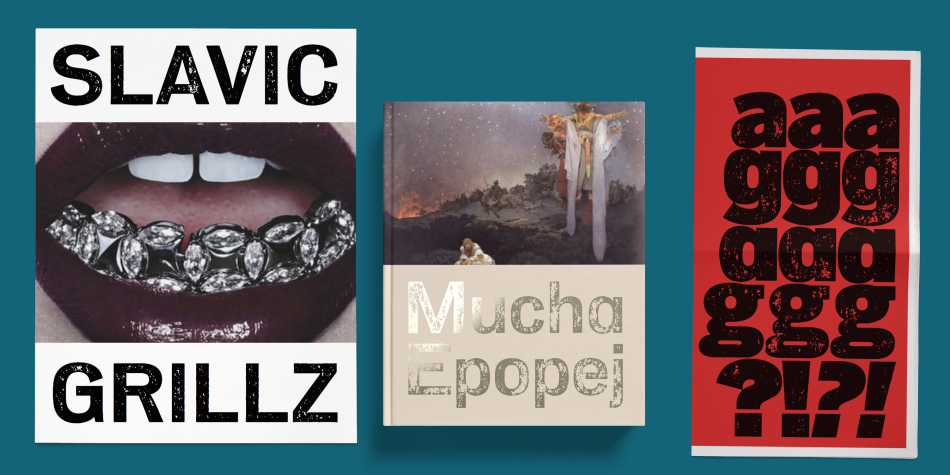 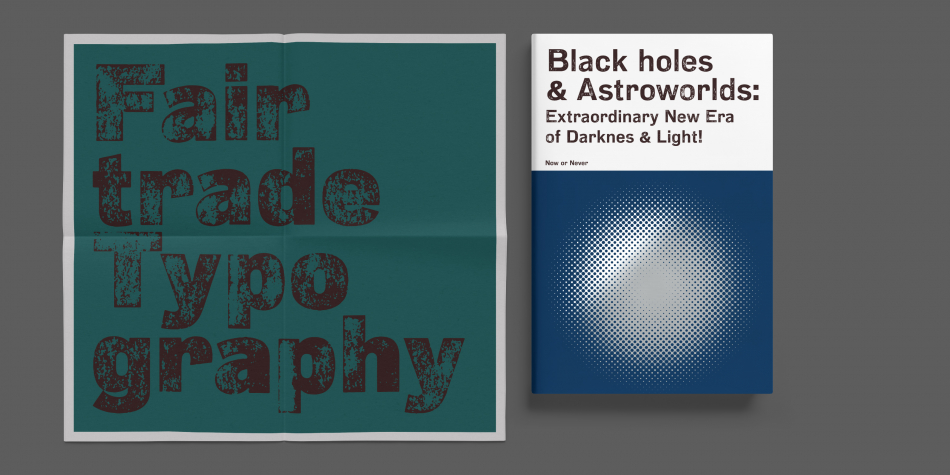 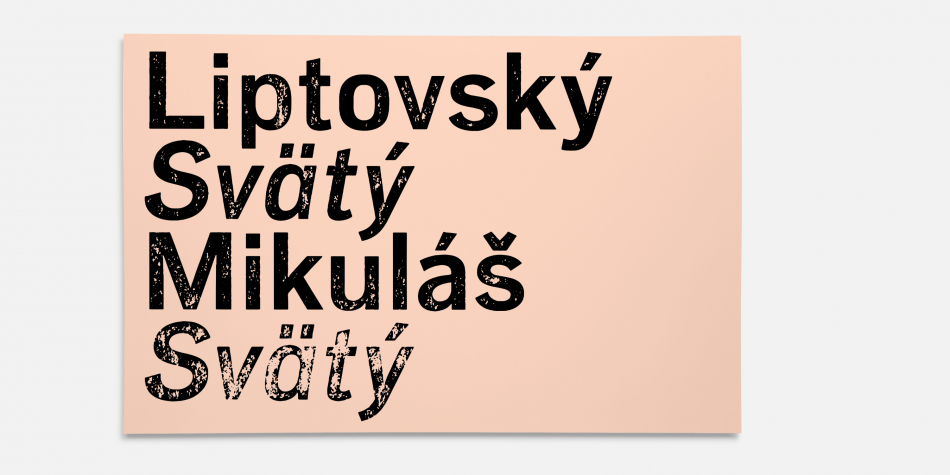 Designed by Vojtěch Říha and Machat Matyáš, Slavia Press & Repress is a grunge and hand display font family. This typeface has twelve styles and was published by Superior Type.

A twelve font family. This contains every font in the Slavia Press & Repress Family.

Slavia Press/Repress is an extension of Slavia and playfully refers to original letterpressed specimens. The entire system includes two sub-families (Press and Repress), consisting of three styles (Light, Semibold, Fat) including italics. That makes 12 styles, which can be combined together. Of course, the font uses contextual alternatives, so the adjacent letters and numbers look different.

Slavia was originally inspired by wide-spread grotesque designs from the 1910s. You can find such typefaces on ad posters, newspapers, children’s books and avant-garde collages. However, the original typographic shapes served us only as a basis for a new and energetic drawings.

Slavia contains a zeitgeist of its time, but don’t expect any nostalgia. This is one of the truly universal fonts which will always stand out.