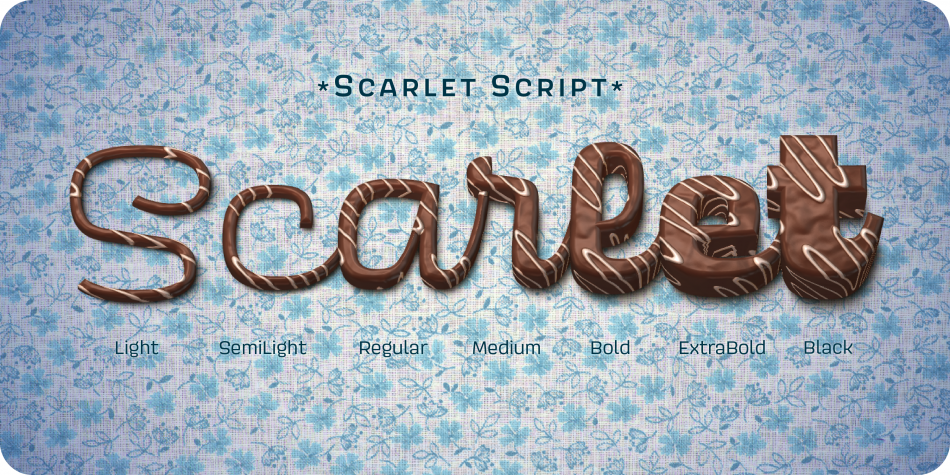 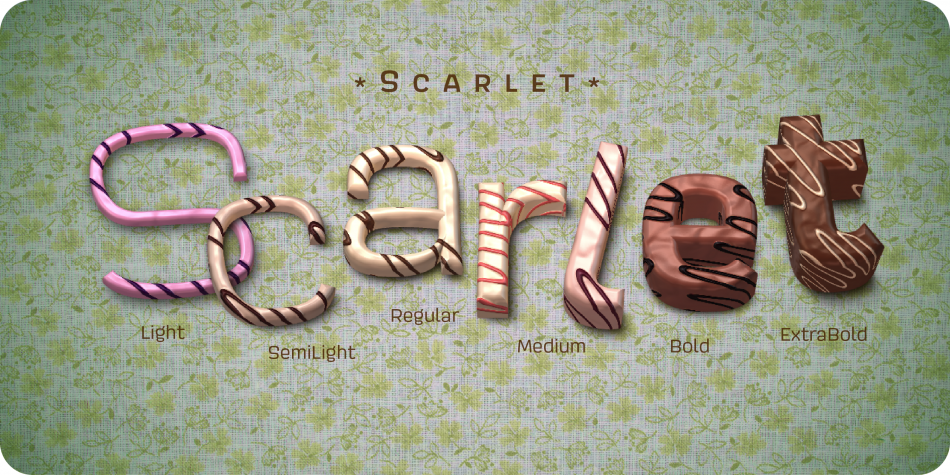 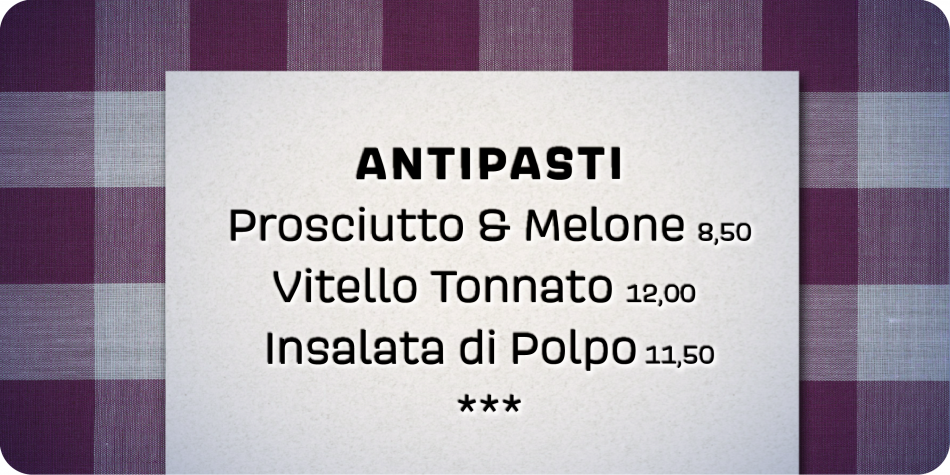 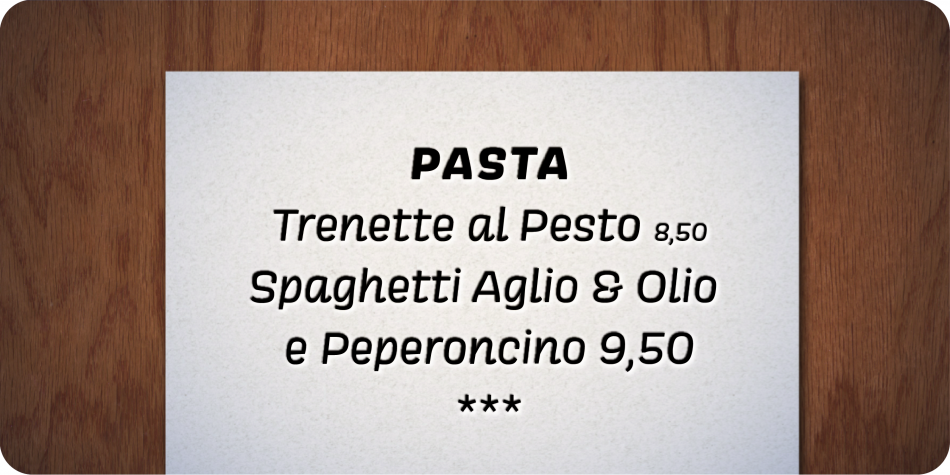 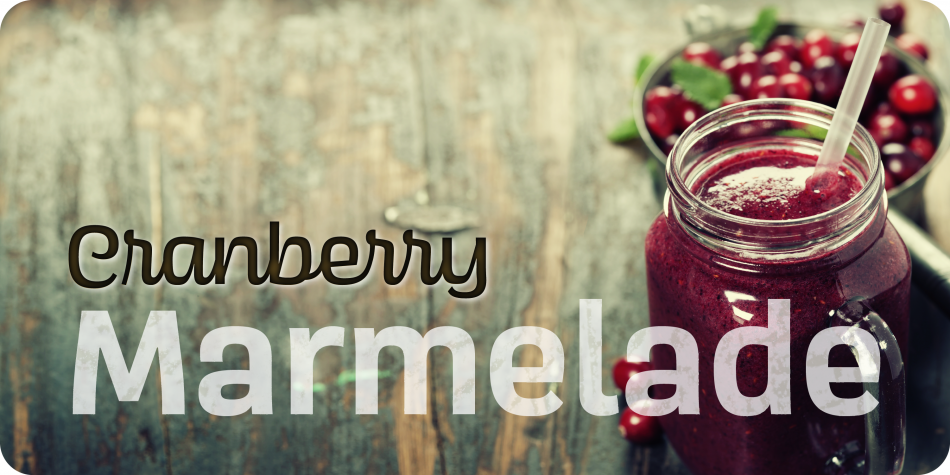 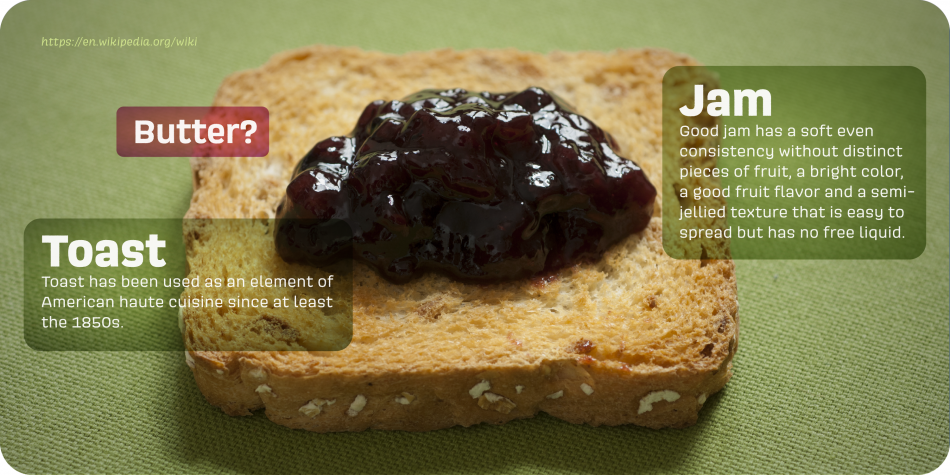 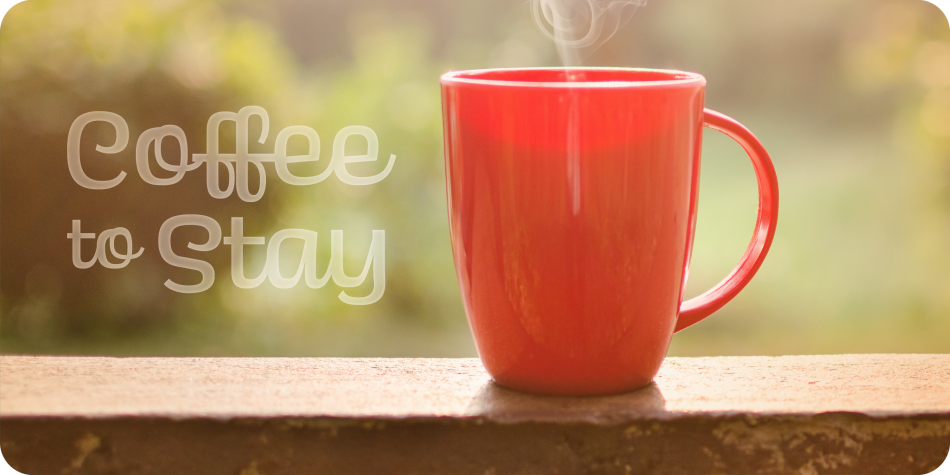 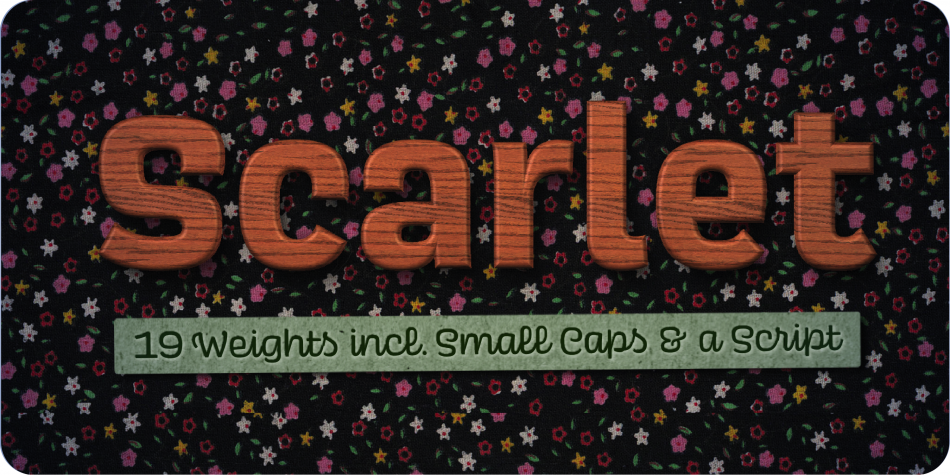 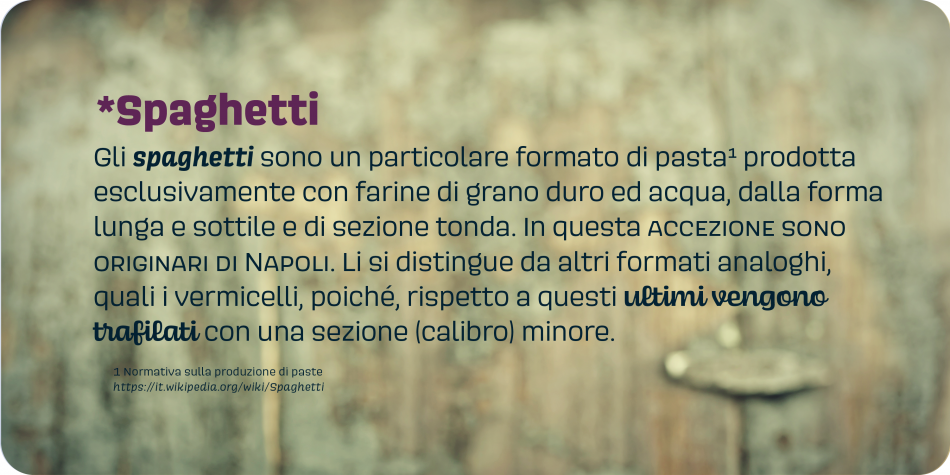 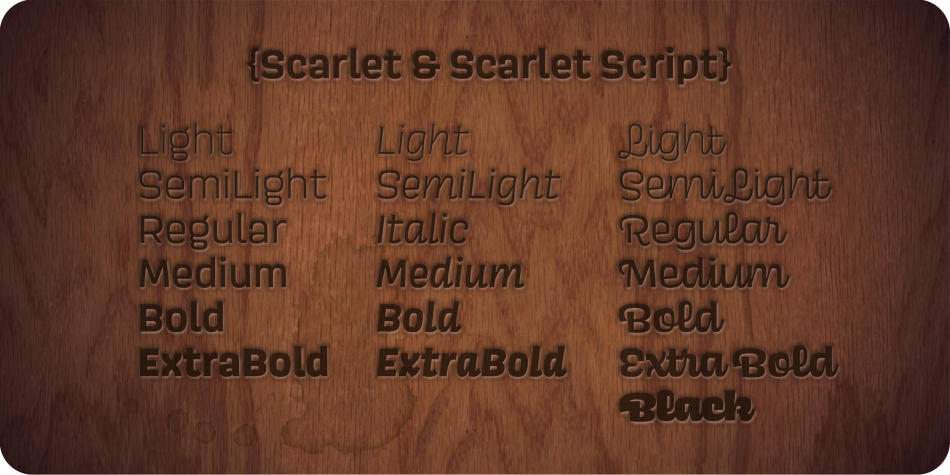 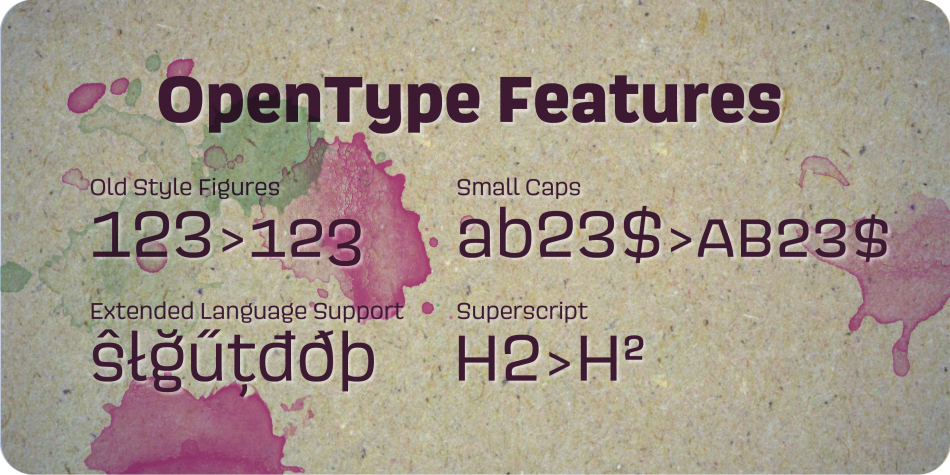 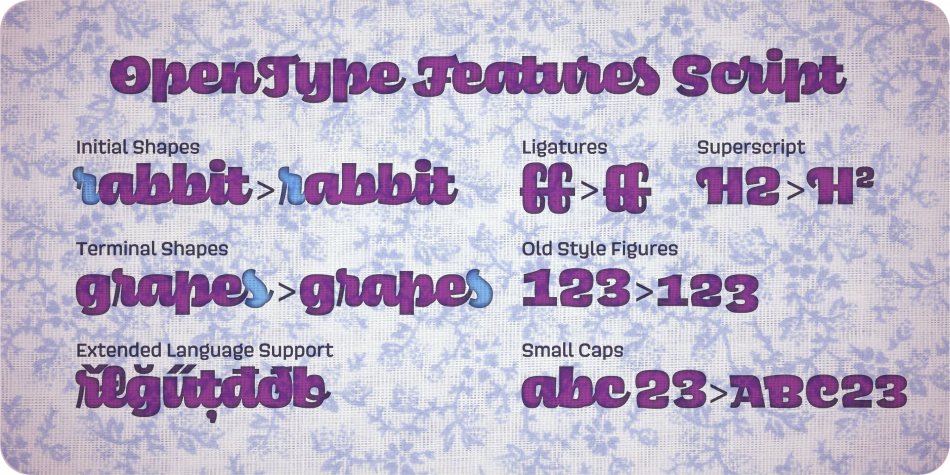 Scarlet is a sans serif and brush script font family. This typeface has nineteen styles and was published by Type Department.

Had Alexander Girard & Aldo Novarese teamed up to design a typeface, Scarlet might have been the result. In his admiration of the graphic language of the 1960s, Jürgen Huber has designed this sans serif typeface with a matching script in 2015/16.

Scarlet comes in 12 styles, Scarlet Script in 7. Both typefaces have small caps and an extended character set to support Western, Central and Eastern European languages. OpenType features help you handle ligatures, old style figures and other glyph sets, in a smart way.