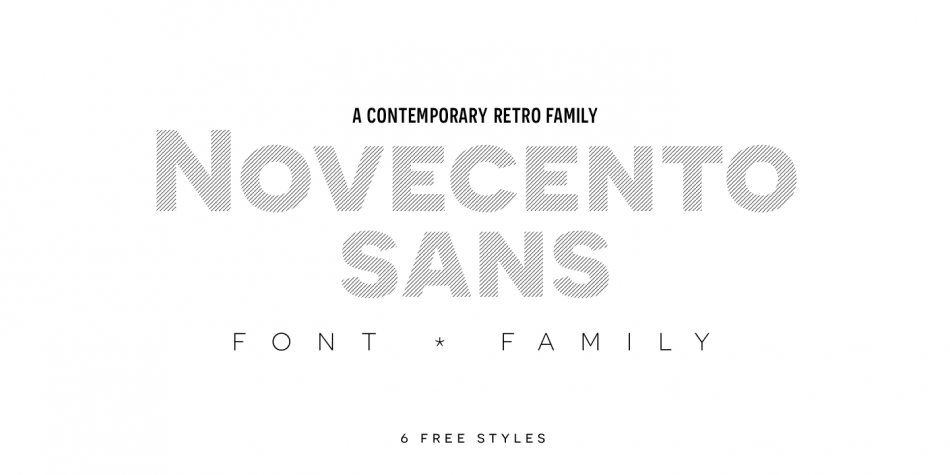 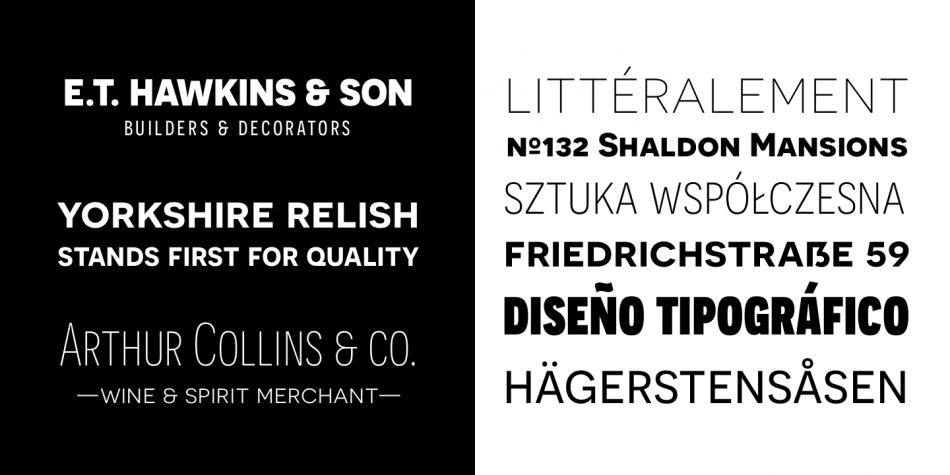 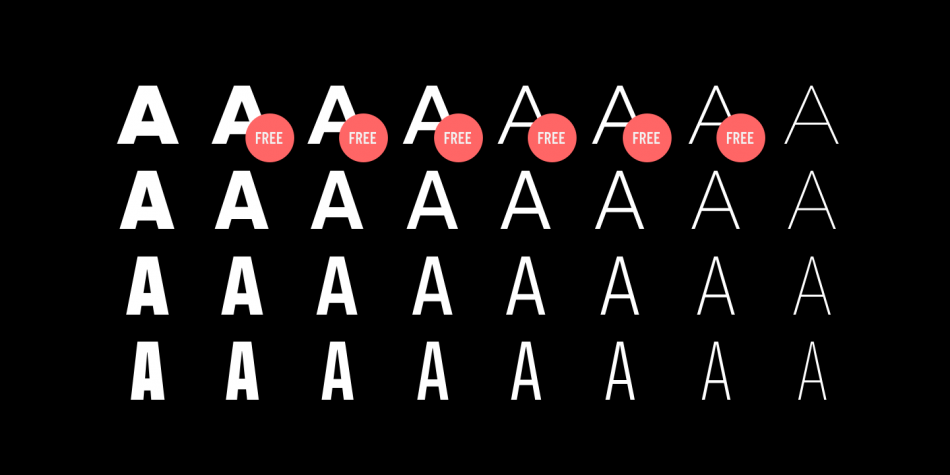 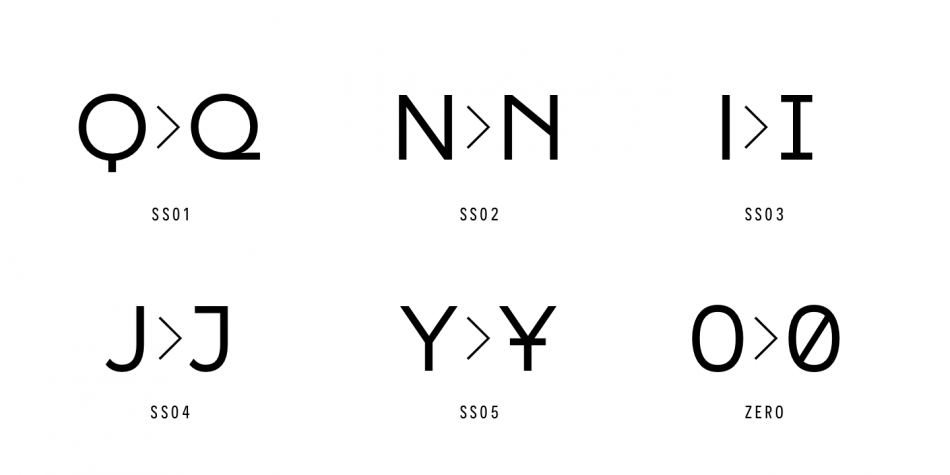 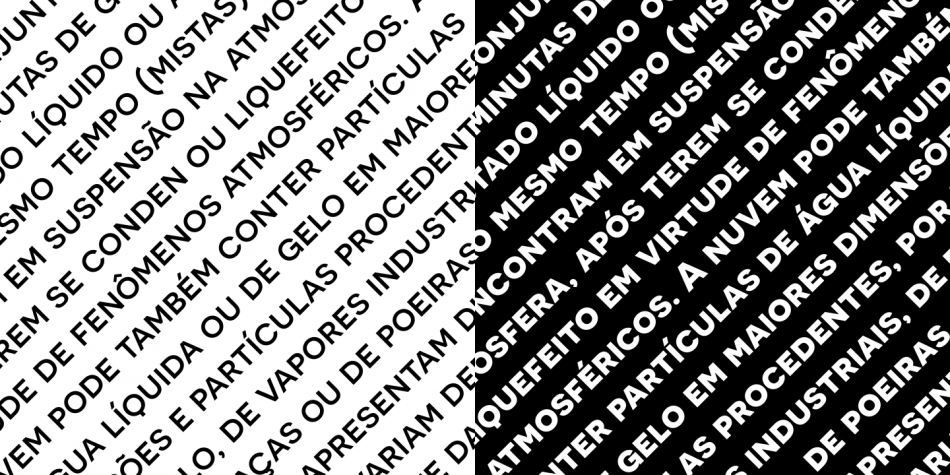 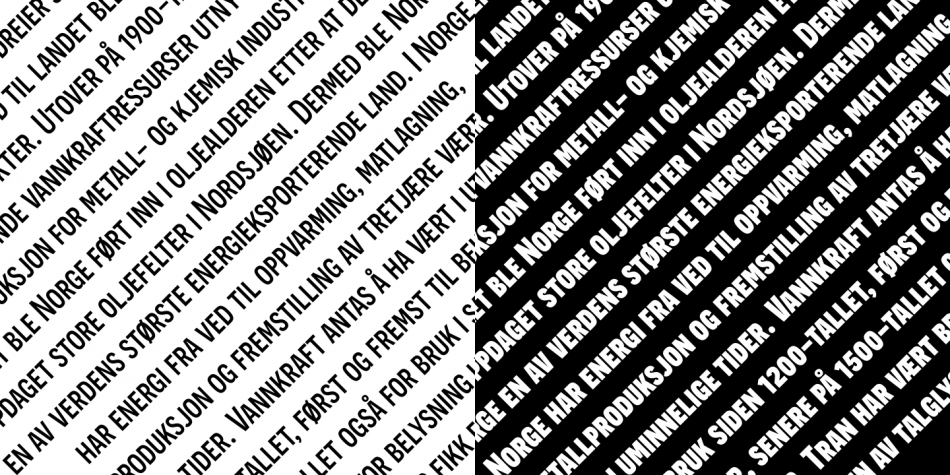 Novecento Sans is a display sans font family. This typeface has thirty-two styles and was published by Synthview Type Design.

This is the 3rd release of Novecento sans, an uppercase-only font family inspired on european typographic tendencies between the second half of 19th century and first half of the 20th.

It looks rational and geometric. However, it is optically corrected and balanced.
This font face is designed to be used mostly for headlines, visual identities or short sentences, both in big and small sizes. Lighter faces provide a more contemporary and design look&feel, while the bolder ones definitely look retro.

News: you can add a layered effect with Novecento Carved  as top layer.