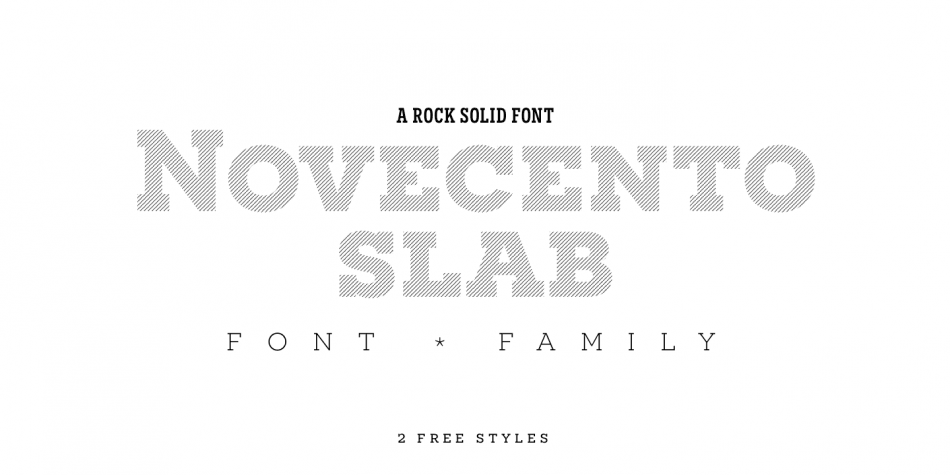 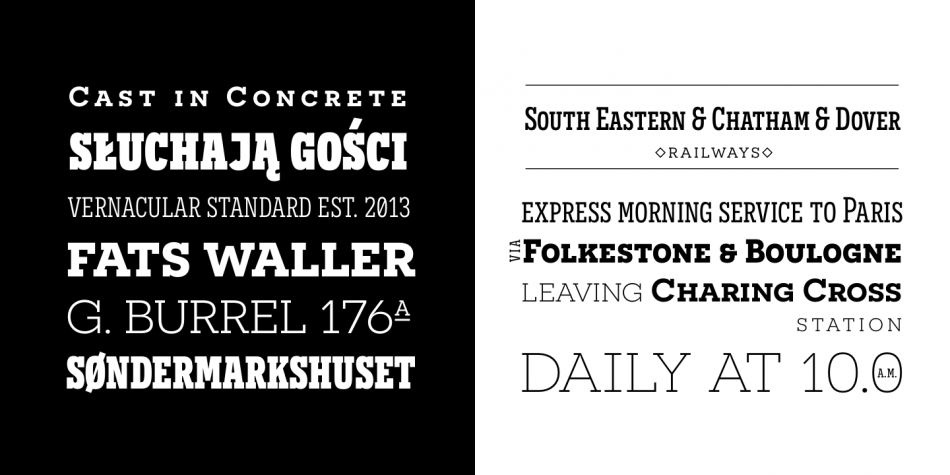 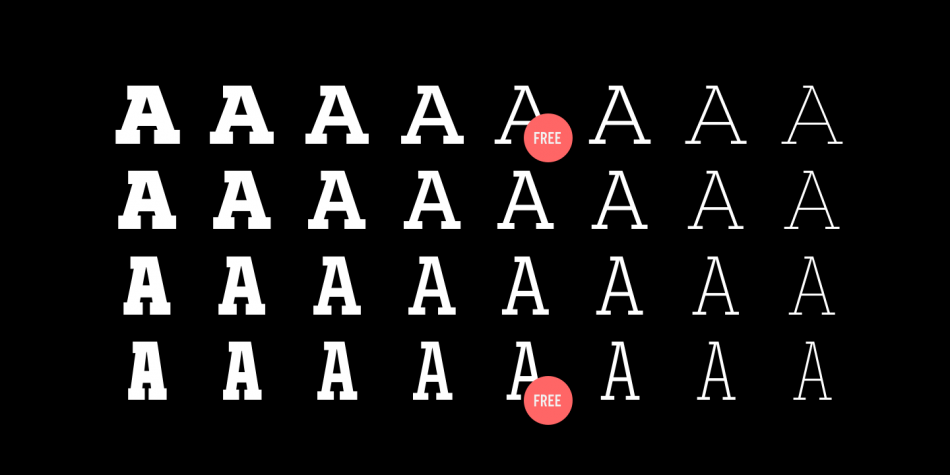 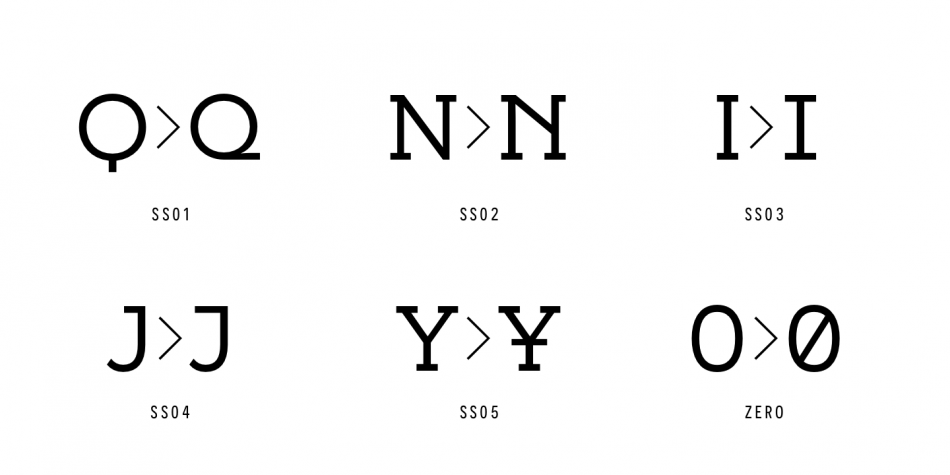 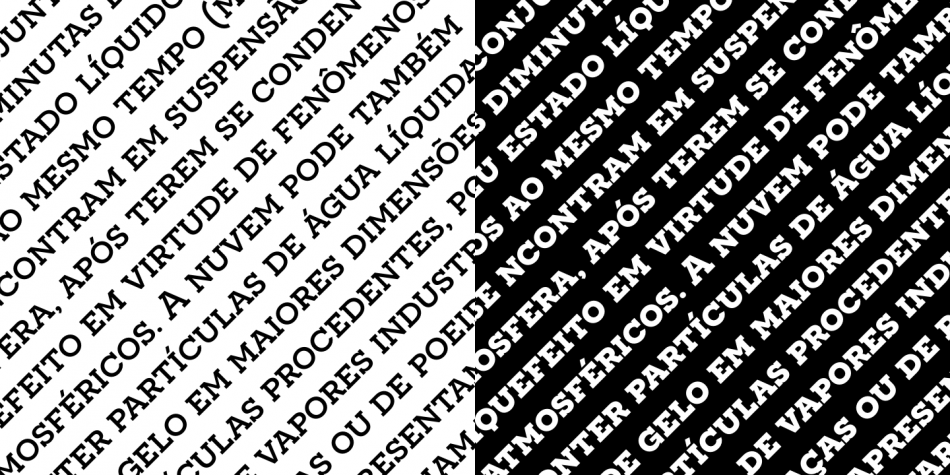 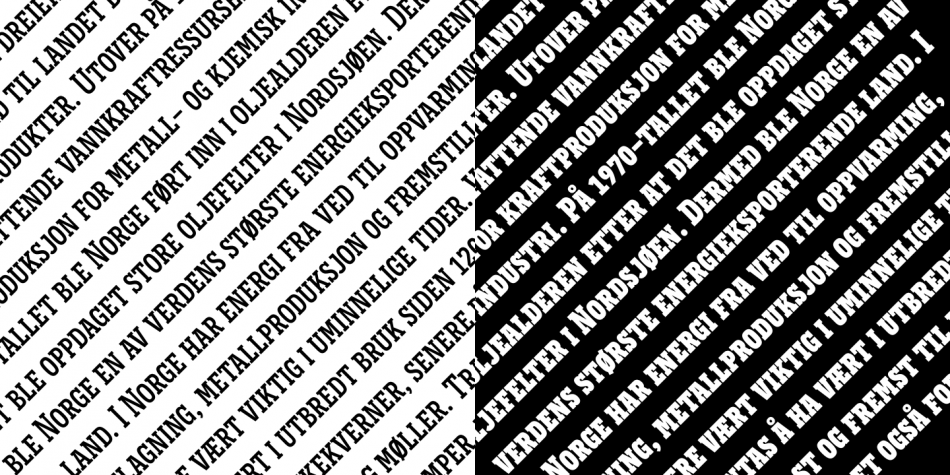 Novecento Slab is a display slab font family. This typeface has thirty-two styles and was published by Synthview Type Design.

Novecento Slab is the “slab serif” companion of Novecento Sans, a font family inspired on european typographic tendencies between the second half of 19th century and first half of the 20th.

This font face is designed to be used mostly for headlines, visual identities or short sentences, both in big and small sizes.
Novecento Slab family comes in 32 styles, speaks 76 latin based languages, has 590 glyphs and 16 stylistic opentype features for advanced typography.