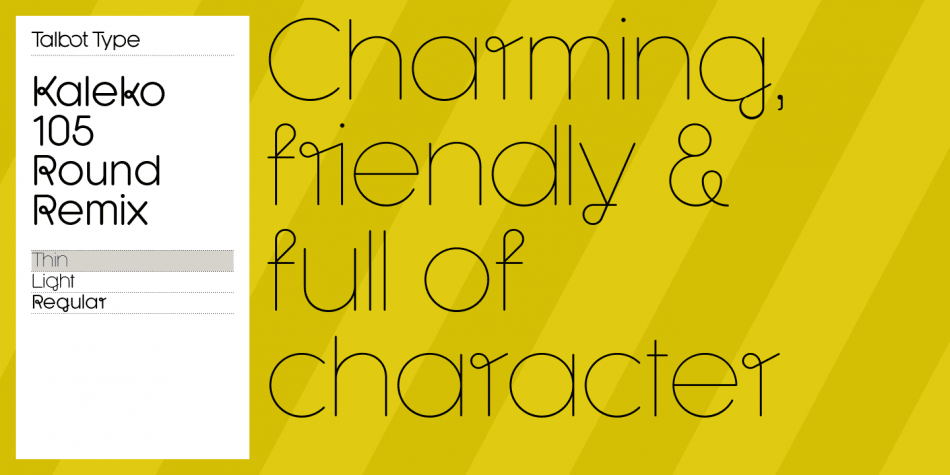 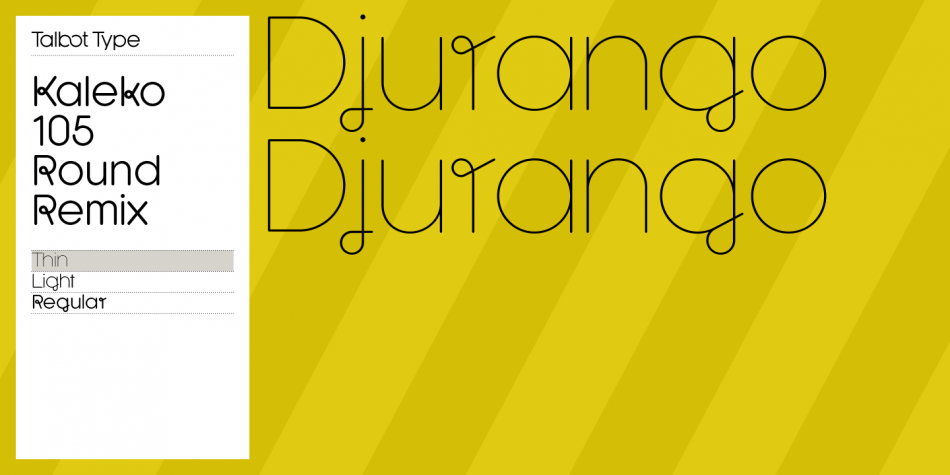 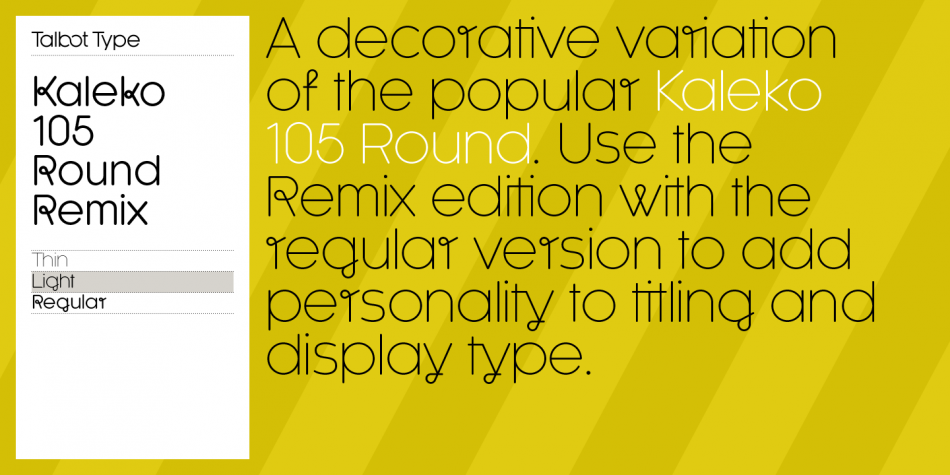 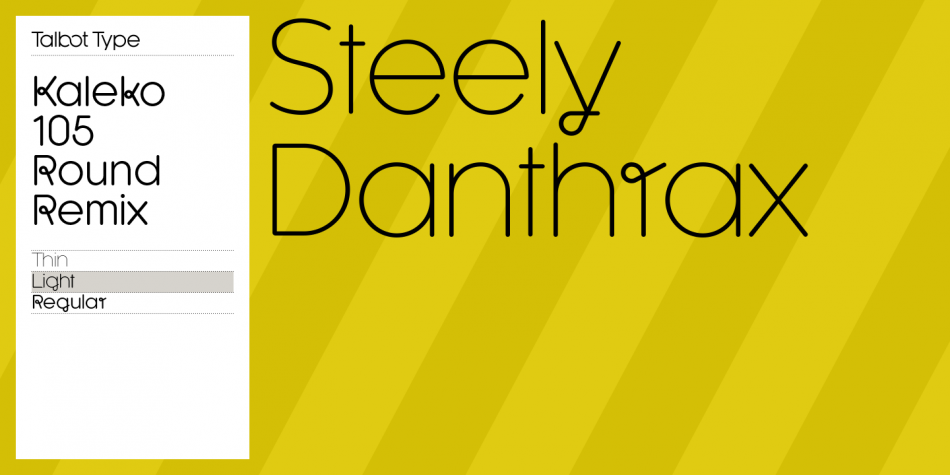 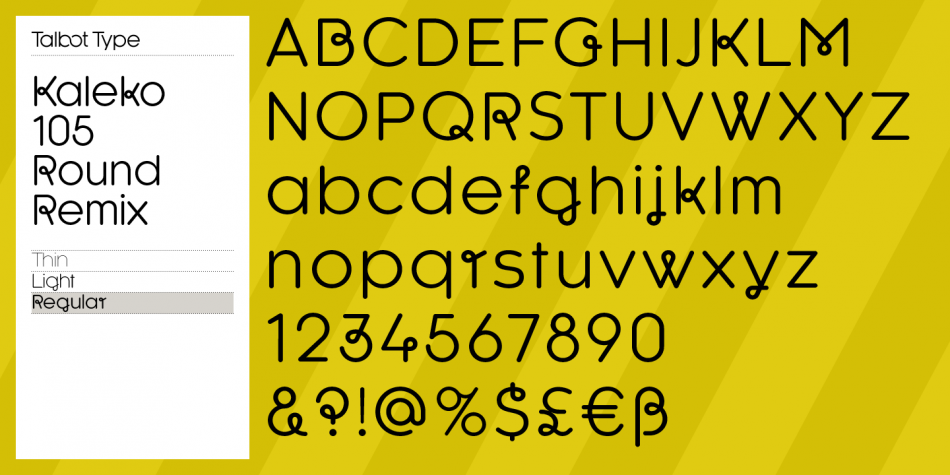 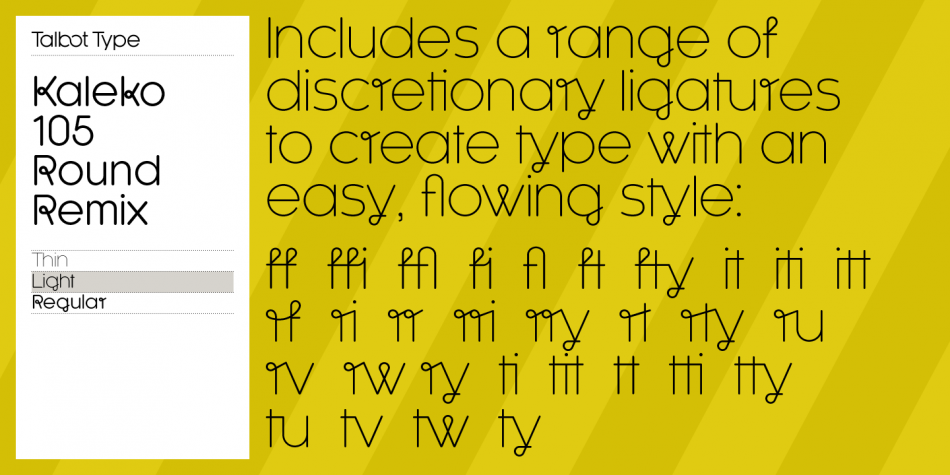 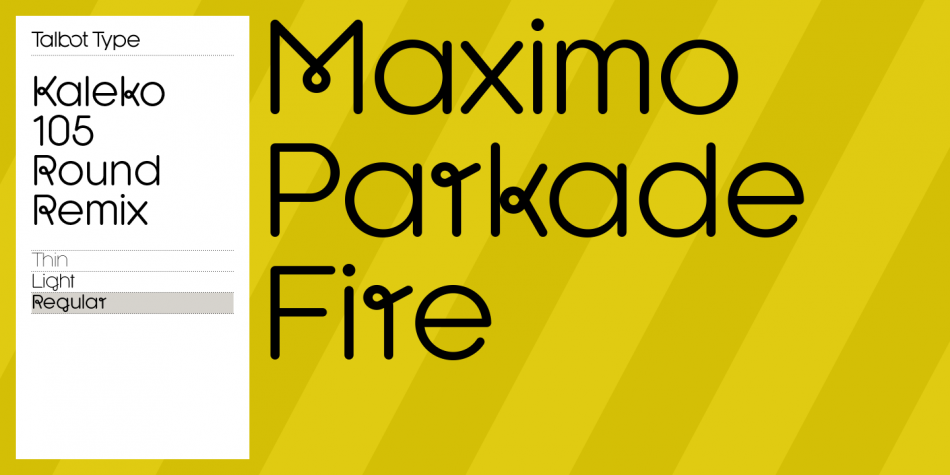 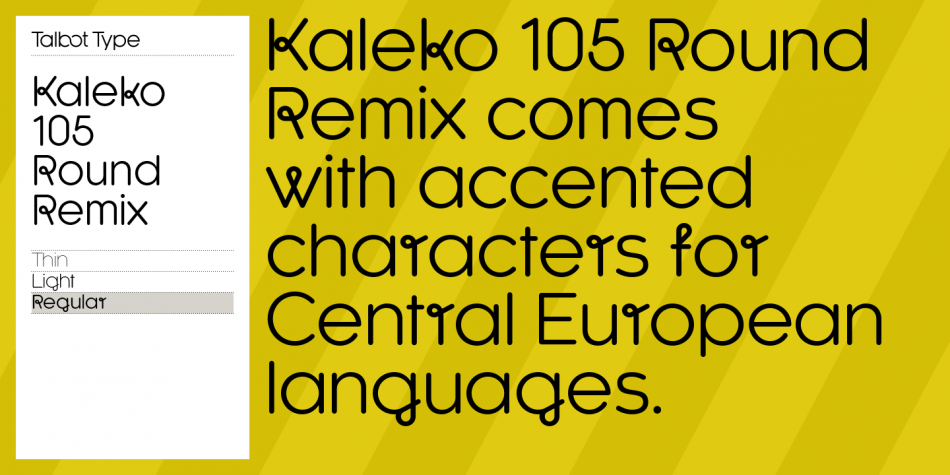 Kaleko 105 Round Remix is a display sans font family. This typeface has six styles and was published by Talbot Type.

A remixed variation, available in three weights, of the popular Talbot Type geometric sans Kaleko 105 Round. The addition of occasional flourishes at the intersections of strokes, in both upper and lower case, adds character charm, making the font a perfect titling font to accompany Kaleko 105 Round, or a display font in its own right.

Kaleko 105 Round Remix features a range of discretionary ligatures to create type with an easy, flowing look and a comprehensive glyph set including accented characters for Central European languages.