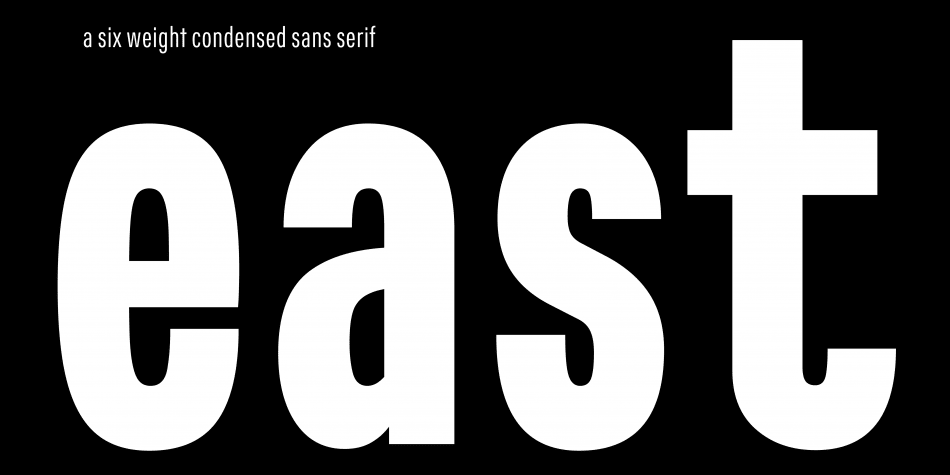 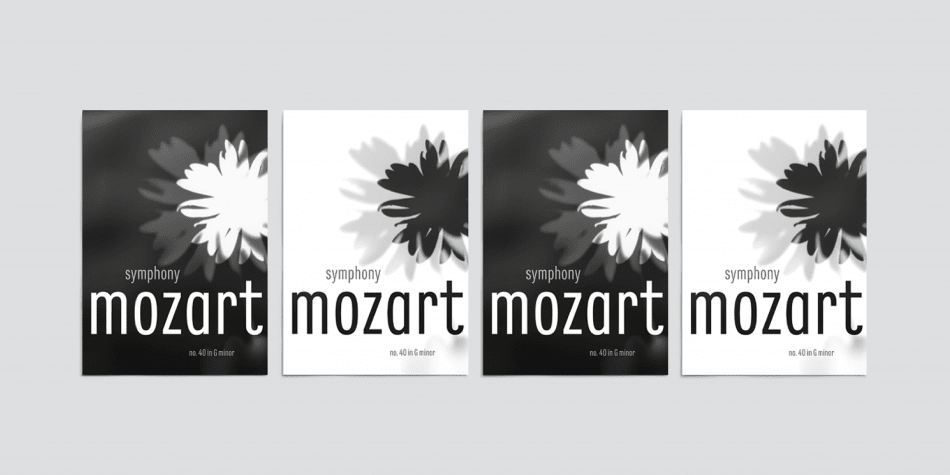 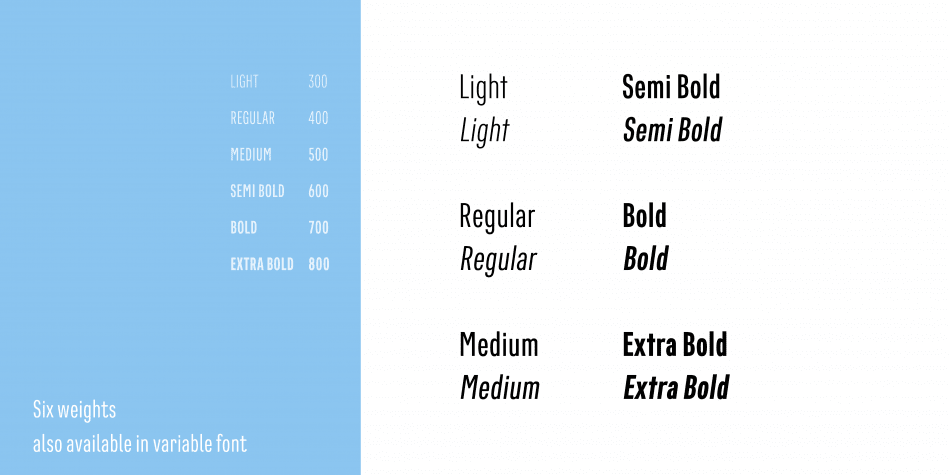 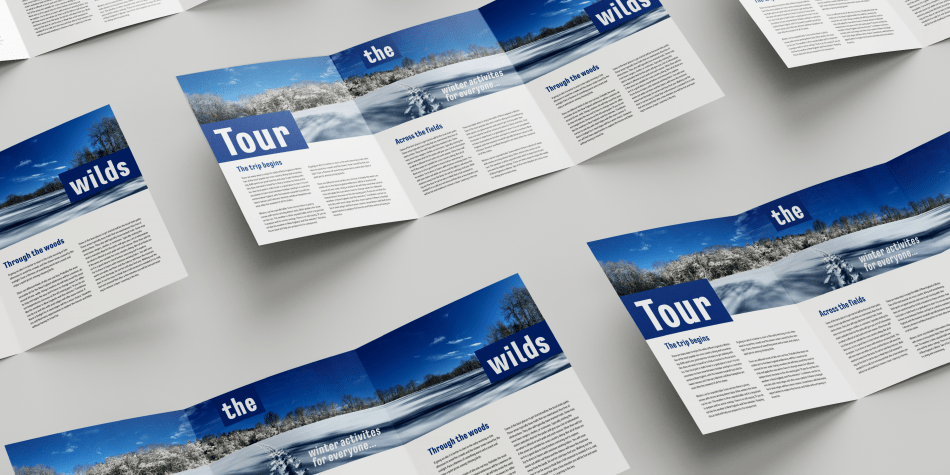 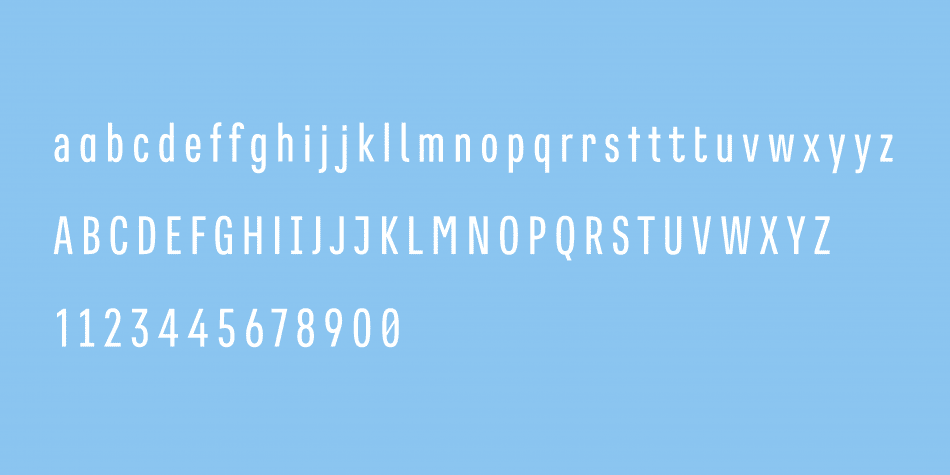 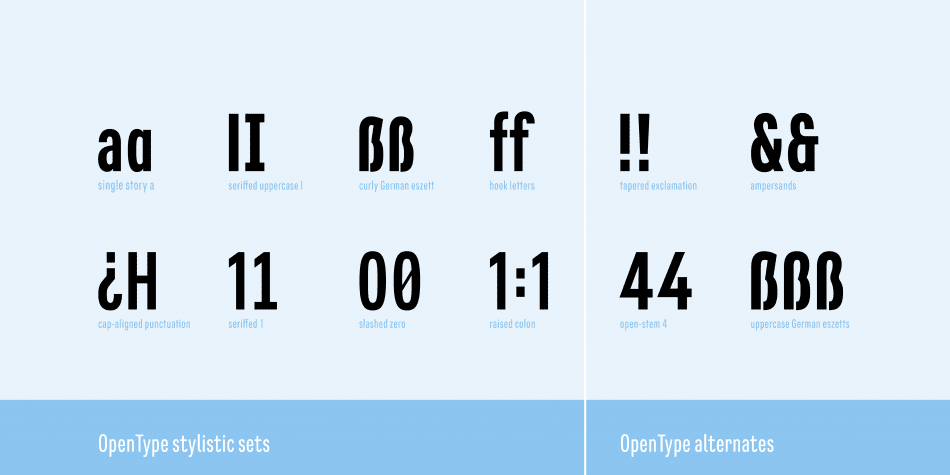 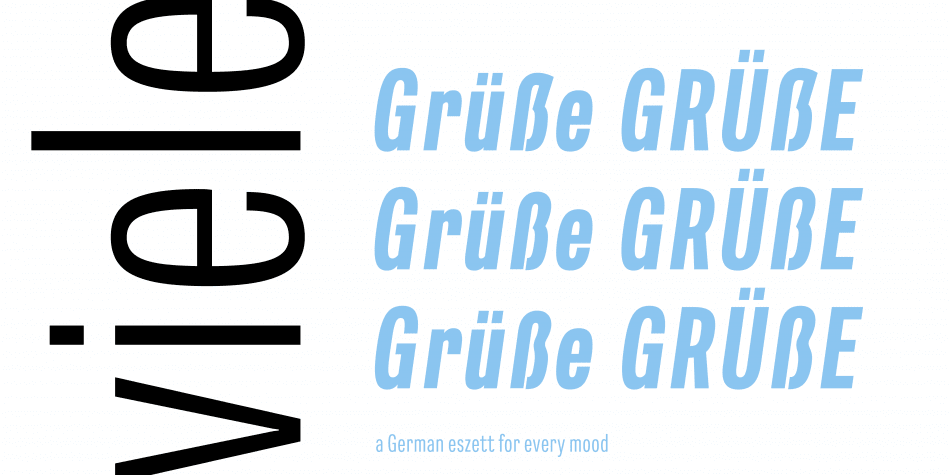 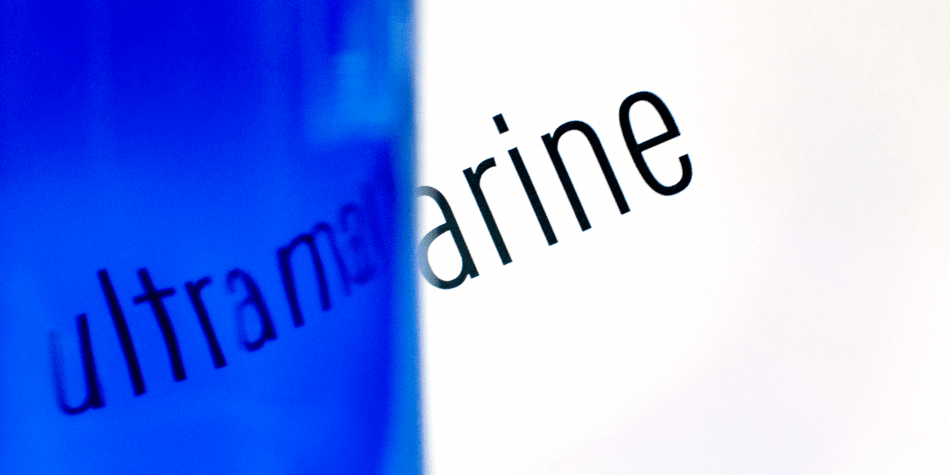 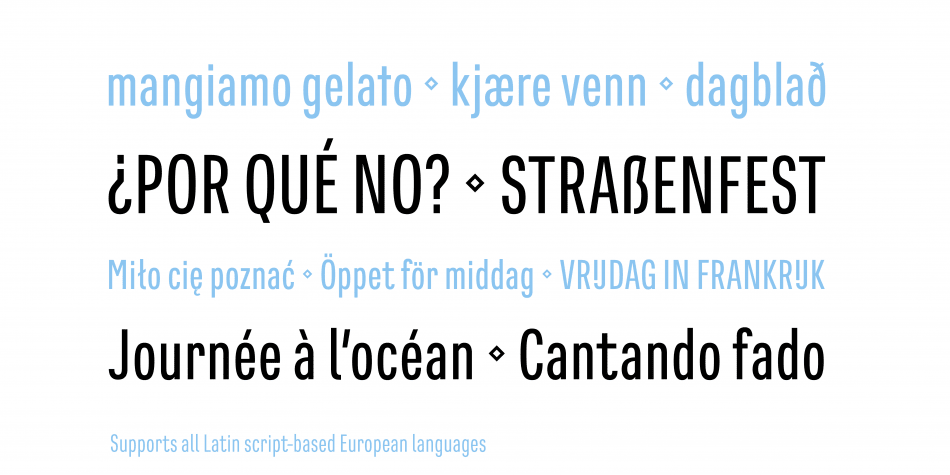 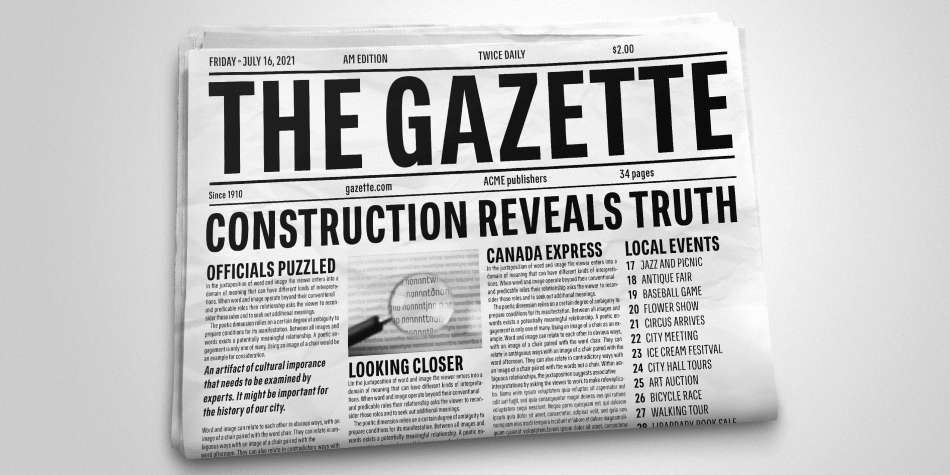 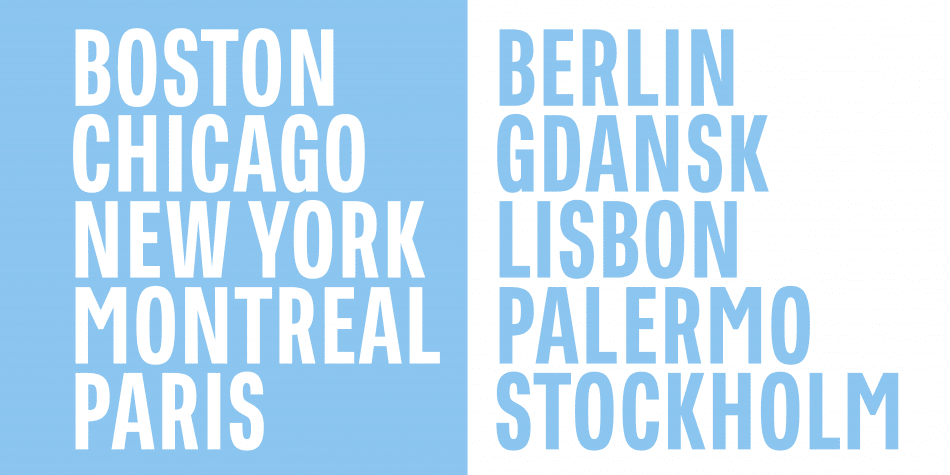 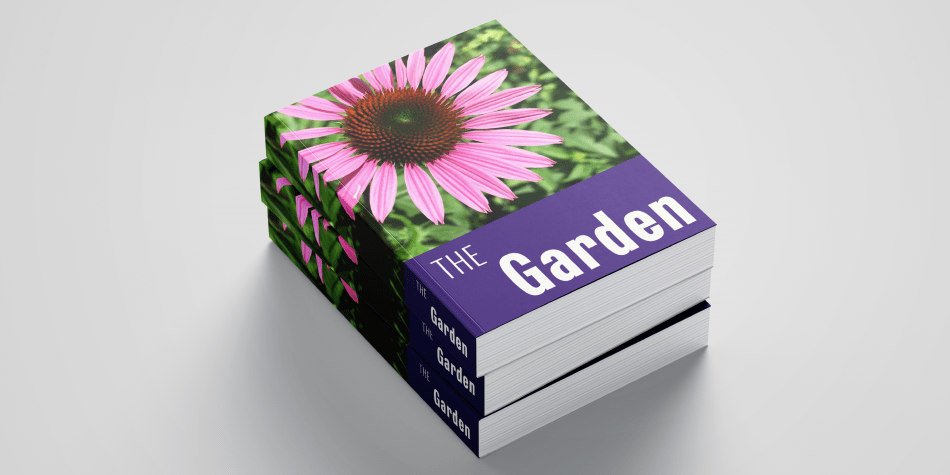 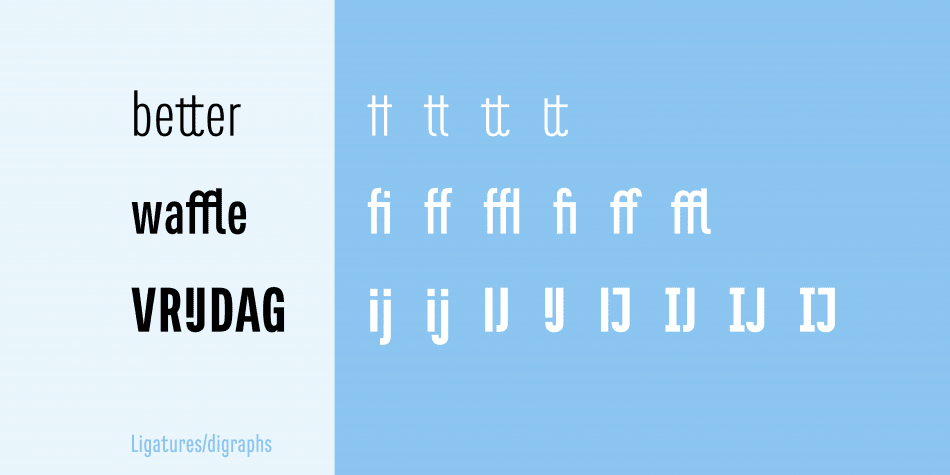 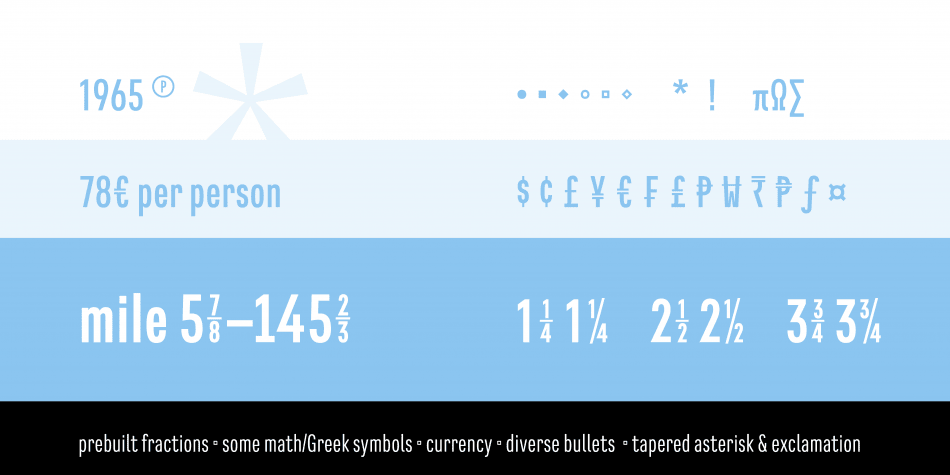 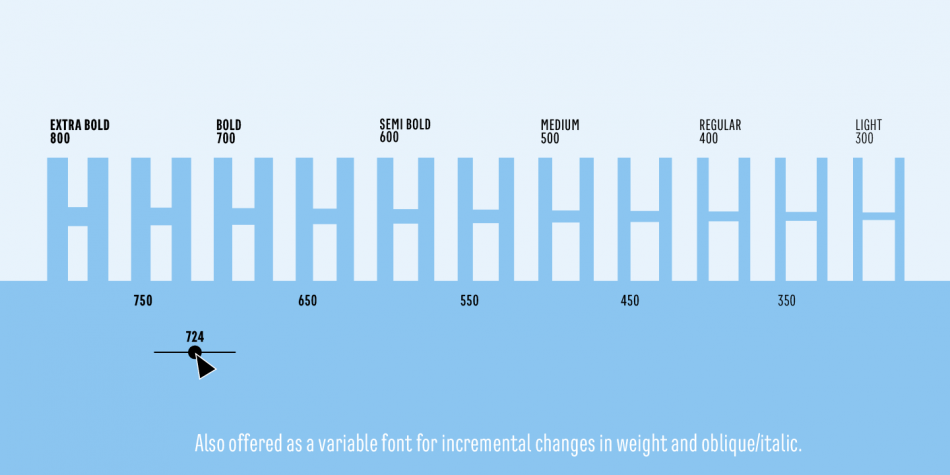 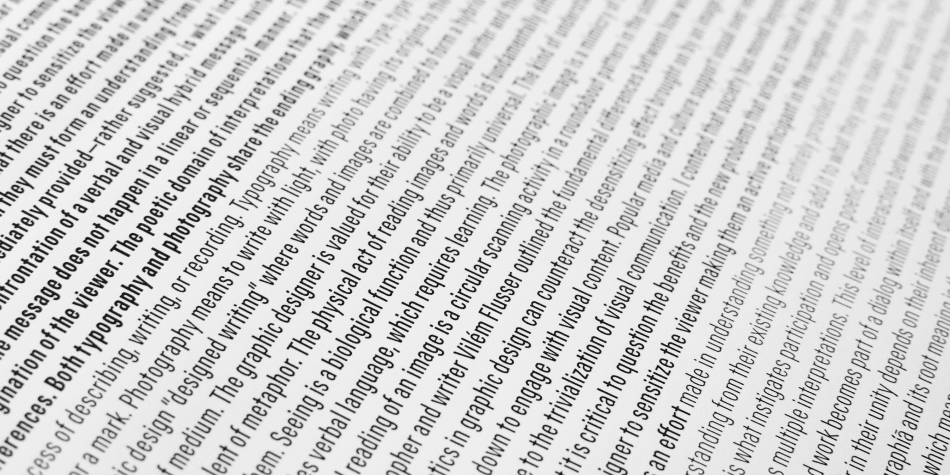 Designed by Donald Tarallo, East is a sans serif font family. This typeface has thirteen styles and was published by Tarallo Design.

East is a sans serif condensed font. It has six weights between Light and Extra Bold. A variable font is also available.

Its condensed design makes it easy to fit text in tight spaces. The light weight has excellent clarity for easy reading, even at small sizes. The Extra Bold weight will capture attention as a headline or large body text.

The name «East» is intended to evoke optimism, movement, travel, and the sunrise. It is timeless and current with a subtle nostalgia—inspired by the charming one-off sans serifs on early Jazz albums, film titles, newspapers, and road signage.

East has many OpenType features (please see slides). It offers eight stylistic sets. These can quickly alter large amounts of text. It has a set for a one-story “a” for simpler paragraph textures, and a set for hooked letters (f, j, l, r, t, y) for a warmer and playful personality. A seriffed uppercase I and 1 along with a slashed zero offer better legibility when needed. There are also sets for a curly German eszett, cap-aligned punctuation for Spanish, and a raised colon. Other OpenType alternates include; three different uppercase German eszetts, a tapered exclamation point, an alternate 4, standard ligatures, discretionary ligatures, a tapered asterisk, and a set of bullets (round, square, and diamond).

It also contains vertically stacked pre-built fractions. Diagonally built alternatives are offered for the common fractions (one quarter, one half, and three quarters, percent, per thousand).

It will support western and central European languages as well as other Latin-based written languages (check for your language). There are some Greek math-related glyphs and math symbols beyond the common ones.

Read on if you are not familiar with variable fonts.

East is also available as a variable font. If you purchase the font family a variable font is included. It can also be purchased alone. If you want to try it, install the file “East-variable.ttf” first. See how it works and if you do not like it, remove it and install the standard “.otf” files.

What makes a variable font special is that all font weights are inside of one file and you can incrementally control the width and italic slant between Light (300) and ExtraBold (800). These changes are commonly made with slide controls in the font/type palette of the software. Variable fonts are also smaller in file size, benefitting both web and software performance.

Currently variable fonts are supported by Adobe (some applications; Illustrator and InDesign), Sketch, Corel Draw, and most web browsers. Check for your software support here: www.v-fonts.com/support.