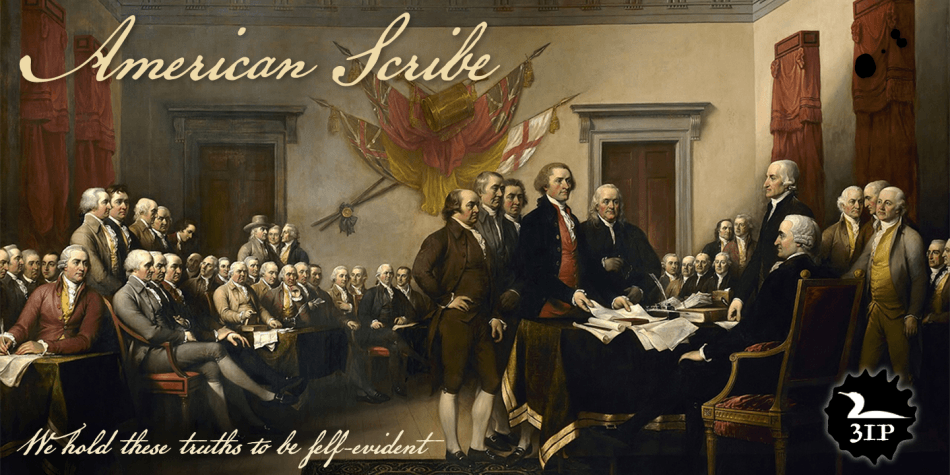 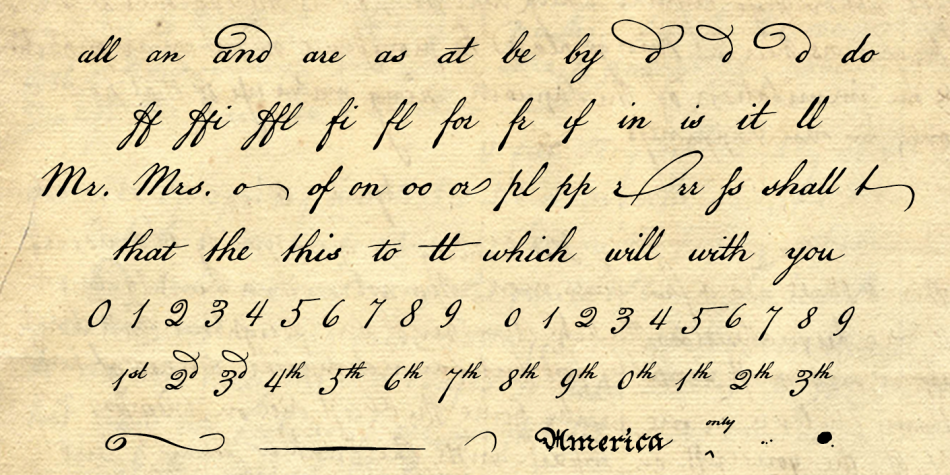 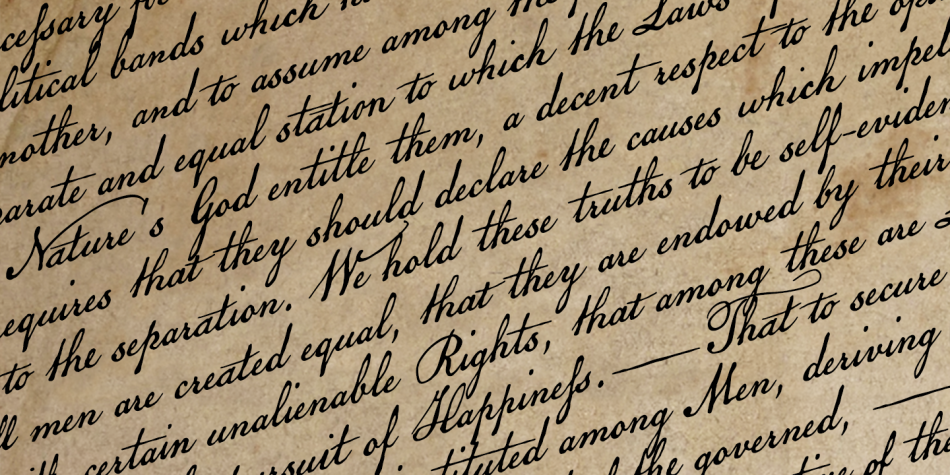 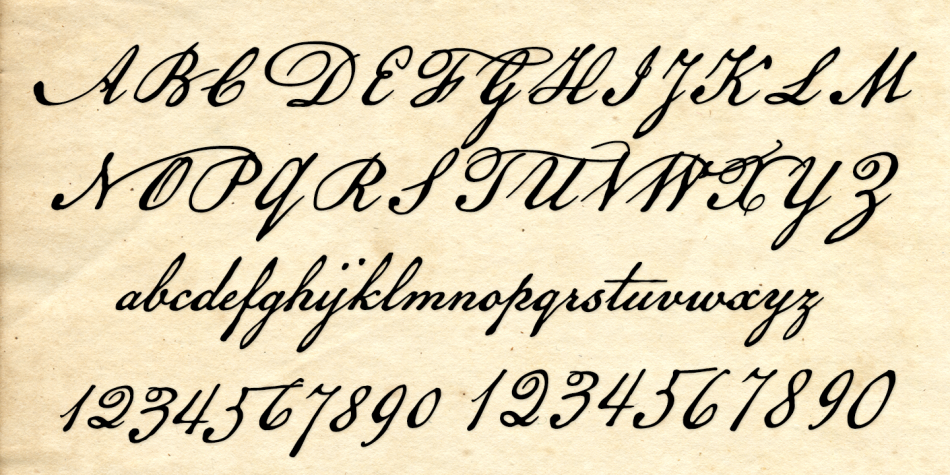 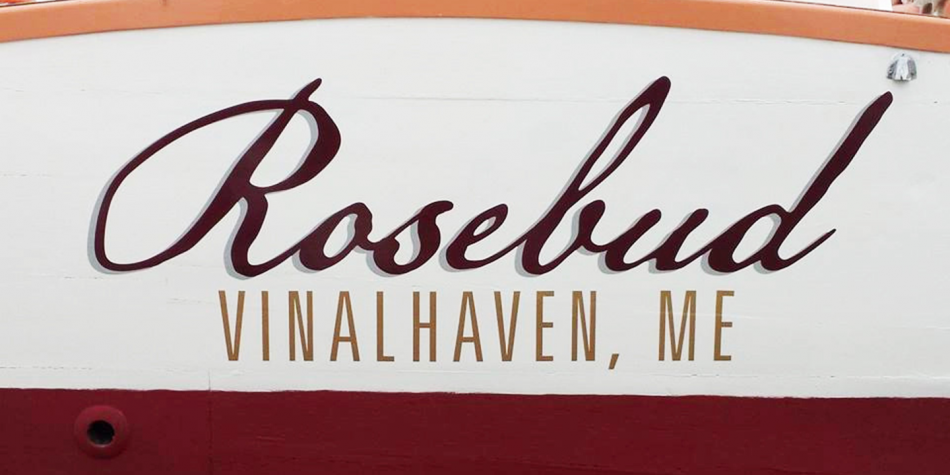 American Scribe is a historical and script font published by Three Islands Press. 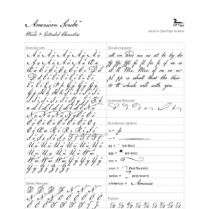 American Scribe simulates the penmanship of Timothy Matlack, generally agreed to be the scribe of the famous, engrossed copy of the Declaration of Independence (written, of course, by Thomas Jefferson). Matlack—whose clear, compact script is perhaps the most familiar handwriting in America—was an interesting man: an American patriot and former Quaker, kicked out of the church for fighting in the Revolution; he also sat as prosecutor at the court martial of Benedict Arnold. Before penning the Declaration, he copied a number of documents for General George Washington. He lived well into his 90s. American Scribe seeks to replicate Matlack’s matchless script in a digital typeface. OpenType features include numerous ligatures, standard and contextual alternates, lining and old-style figures, and complete Central/Eastern European alphabets.