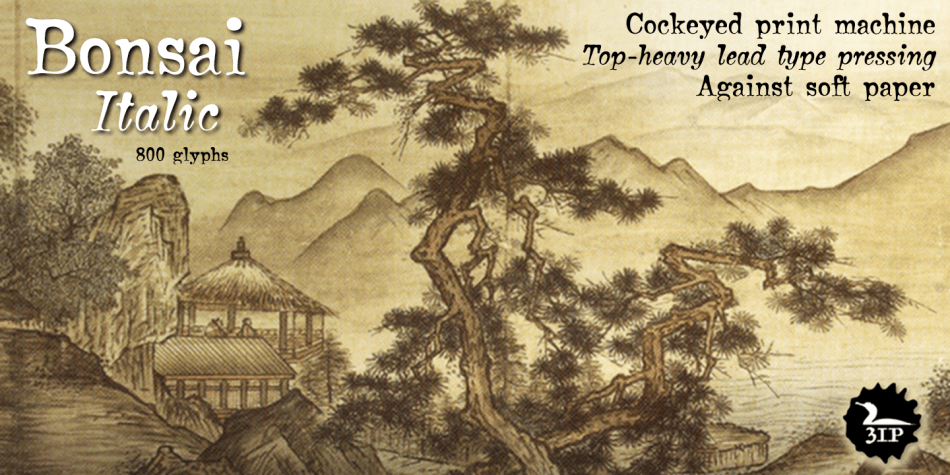 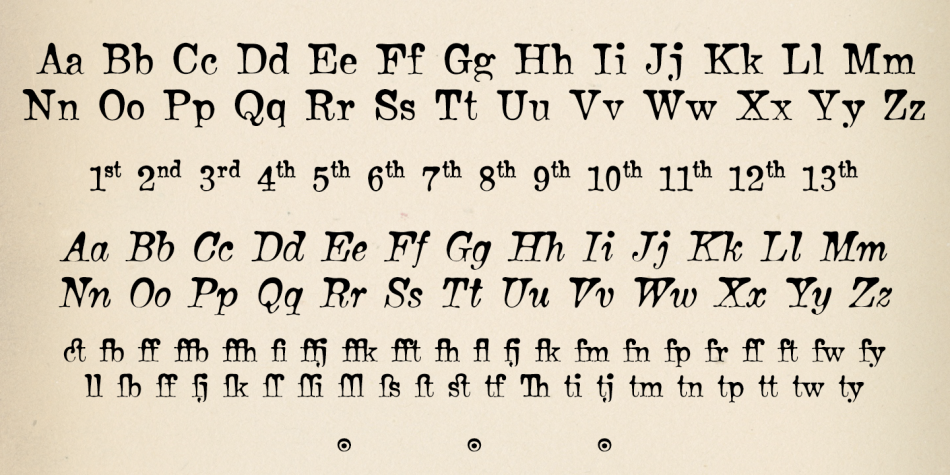 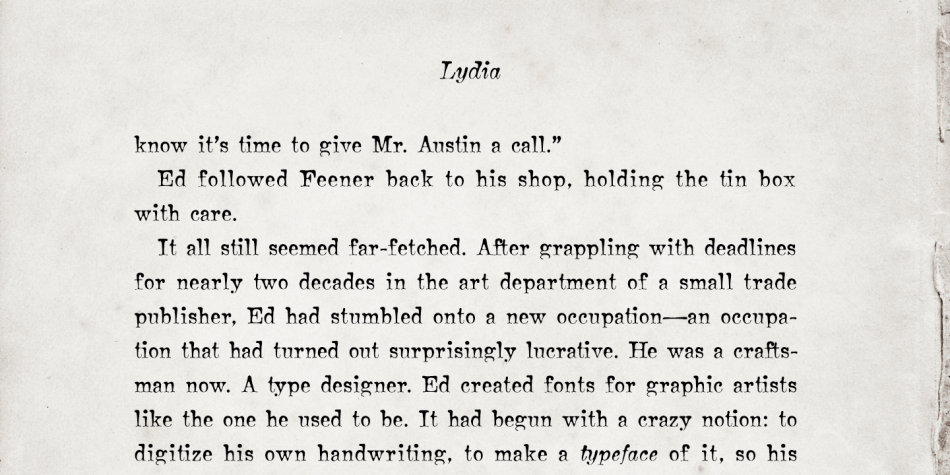 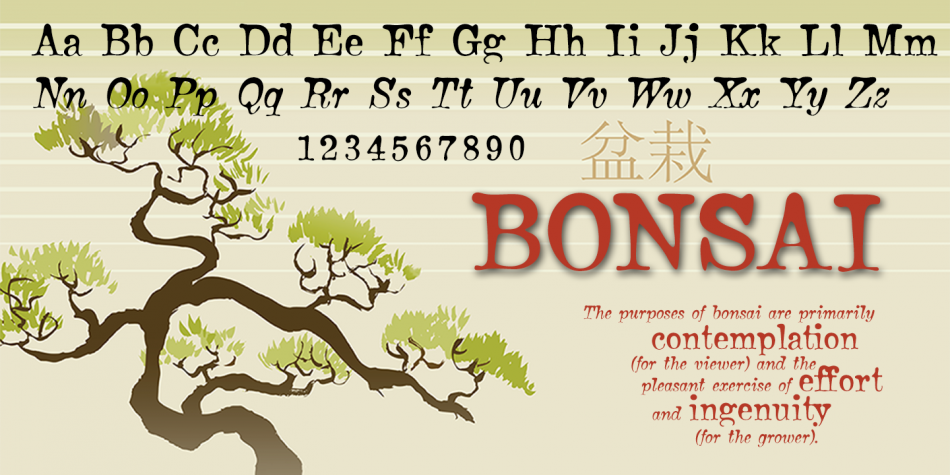 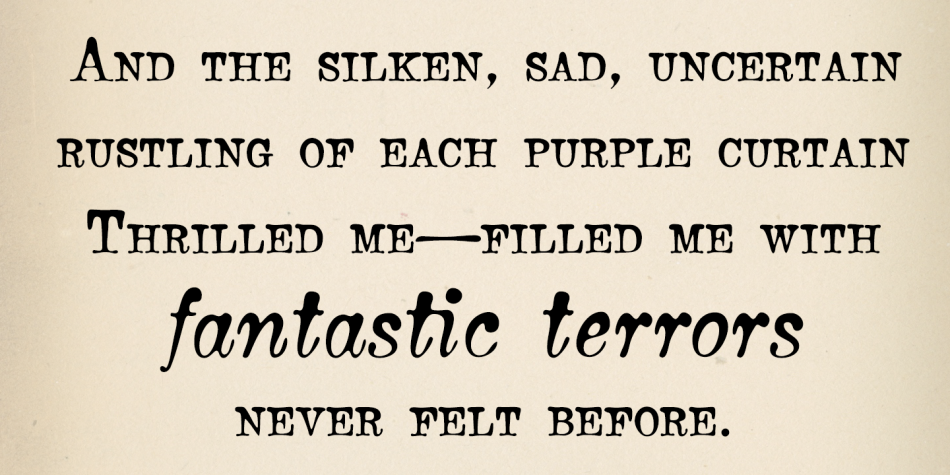 Bonsai is a typewriter font family. This typeface has two styles and was published by Three Islands Press.

A two font family. This contains every font in the Bonsai Family.

Years ago, I developed an interest in the Japanese art of dwarfed potted trees, bonsai. I bought some books on the subject from Brooklyn Botanic Garden. In one—Handbook on Bonsai: Special Techniques (seventh printing, February 1976)—the type was bad. Old worn lead type, I suspect, spread wide in the tops of characters and disappearing on the bottoms. Two decades later, I came across my Brooklyn Botanic Garden collection and was struck again by this interesting type. Inspired, I made a typeface. Didn’t take me long to decide on a name for it either: a name with a double-meaning, based both on its look and its inspiration. Bonsai has two styles, a roman and a true italic; OpenType features include true small capitals, old-style and lining figures, numerous ligatures, and support for Central/Eastern European alphabets.