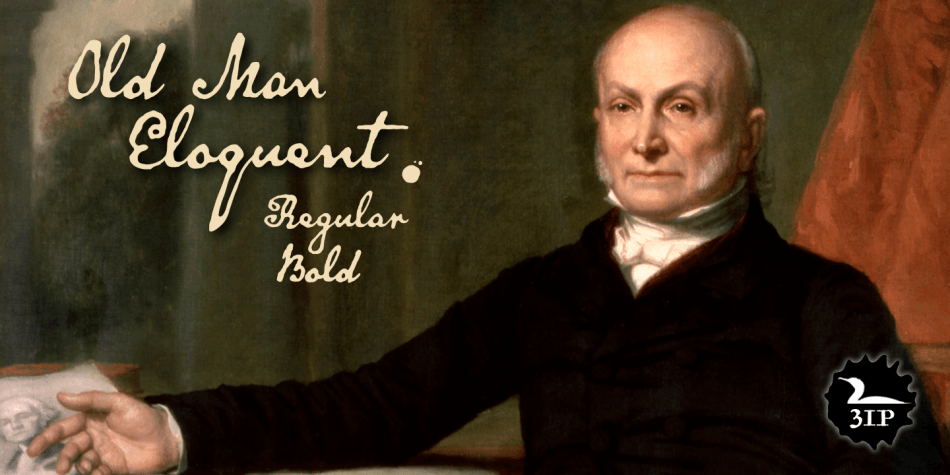 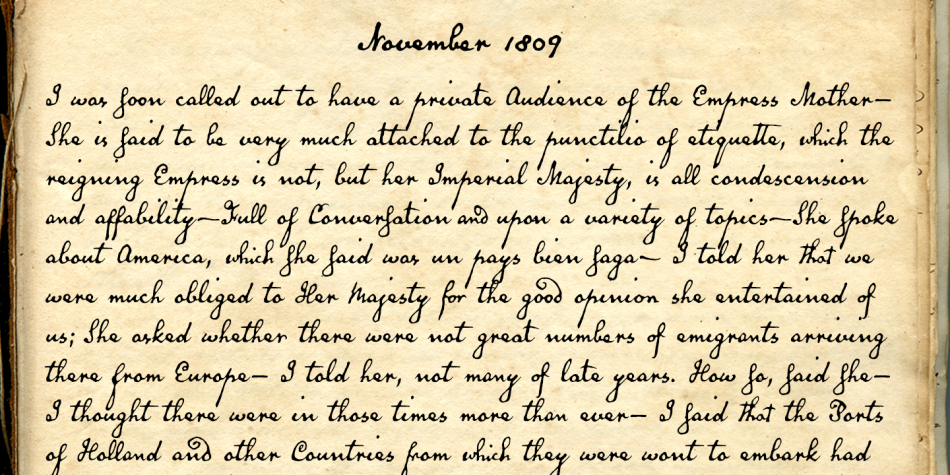 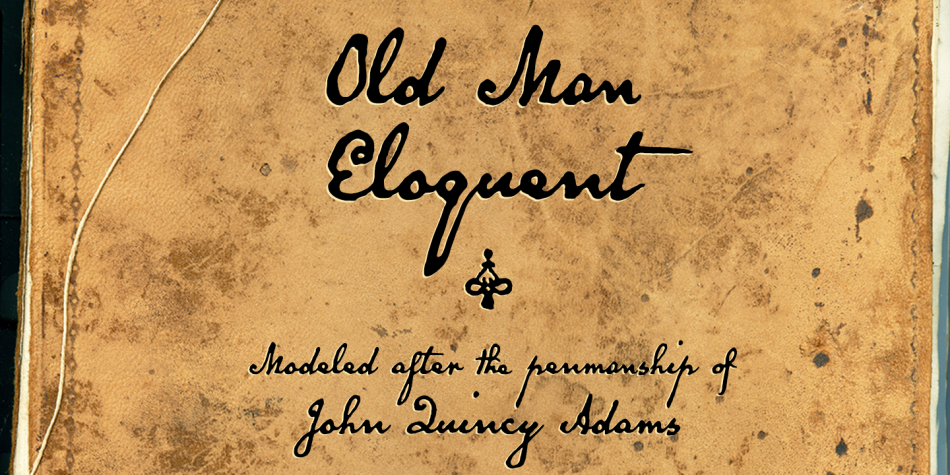 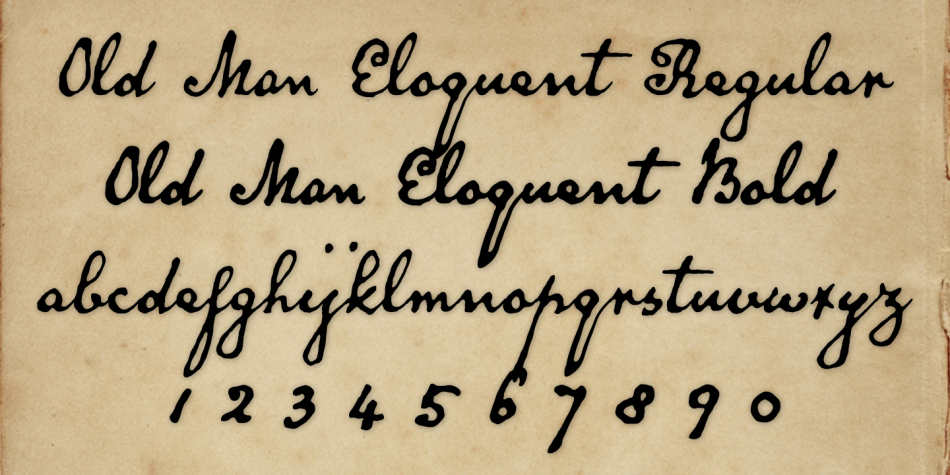 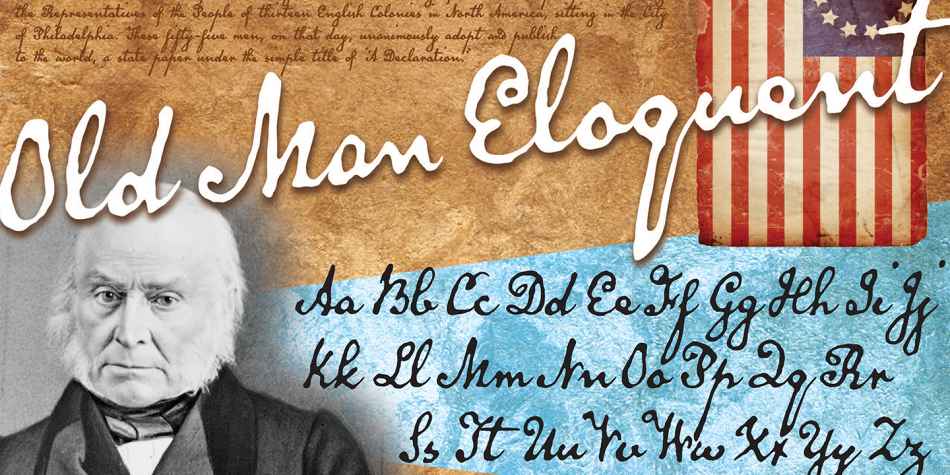 Old Man Eloquent is a historical and script font family. This typeface has two styles and was published by Three Islands Press. 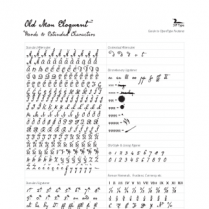 John Quincy Adams, sixth President of the United States, didn’t hit his stride until he’d left that lofty office. It was during his many years in Congress that he assured his legacy—not least because of his long, masterful oratory opposing slavery. His speeches, in fact, won him the nickname “Old Man Eloquent.” So when I decided to simulate Adams’s penmanship in his legendary diary (which he kept for nearly 70 years), it seemed fitting to call the font by that name. I focused on his handwriting from about 1810, when he was Ambassador to Russia, but also consulted pages from later years. Old Man Eloquent is our first historical penmanship font with both regular and bold weights. OpenType features include alternate uppercase characters, numerous ligatures, old-style and lining figures, and Central/Eastern European alphabets—nearly 800 glyphs in all.