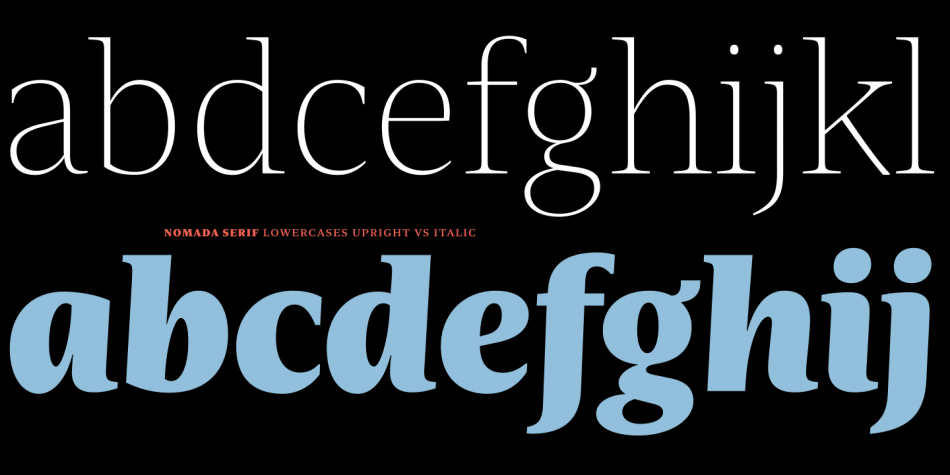 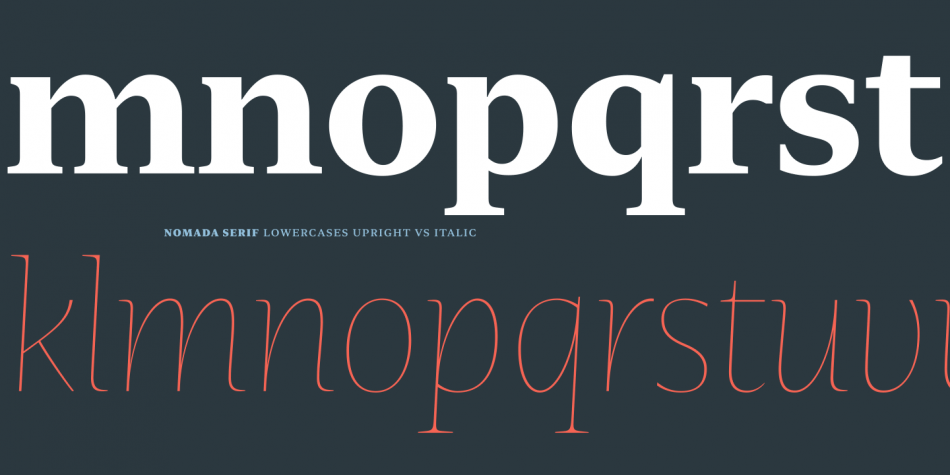 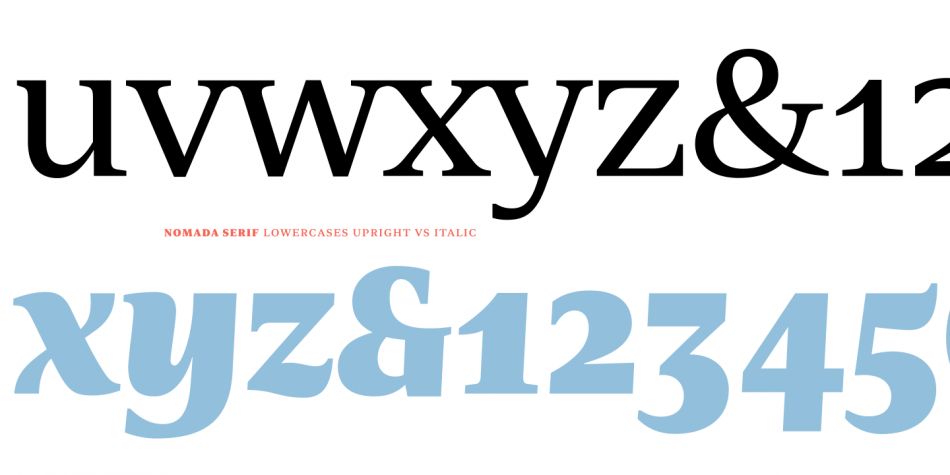 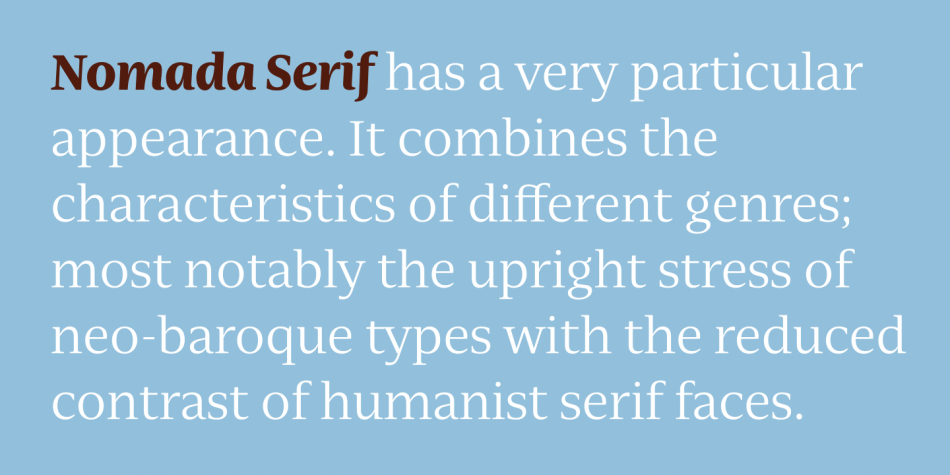 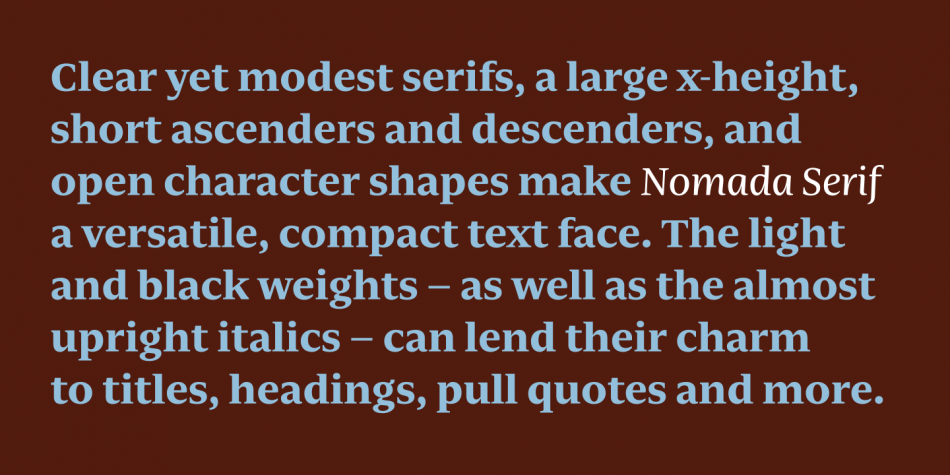 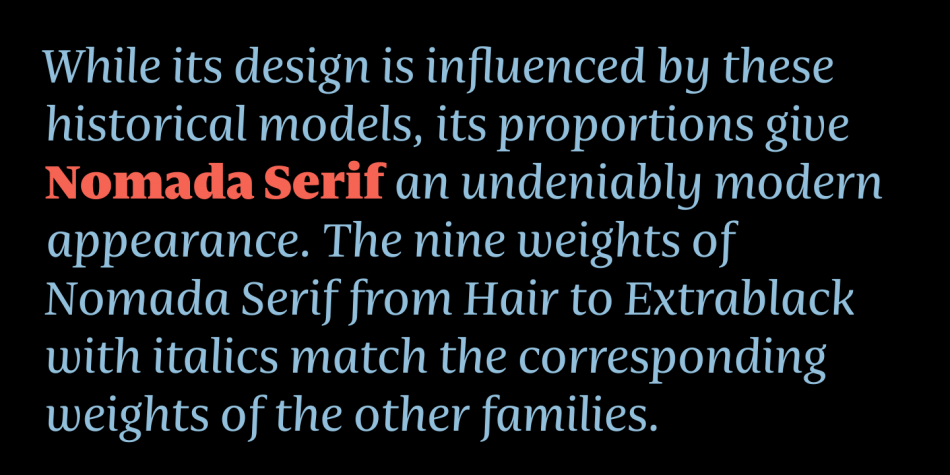 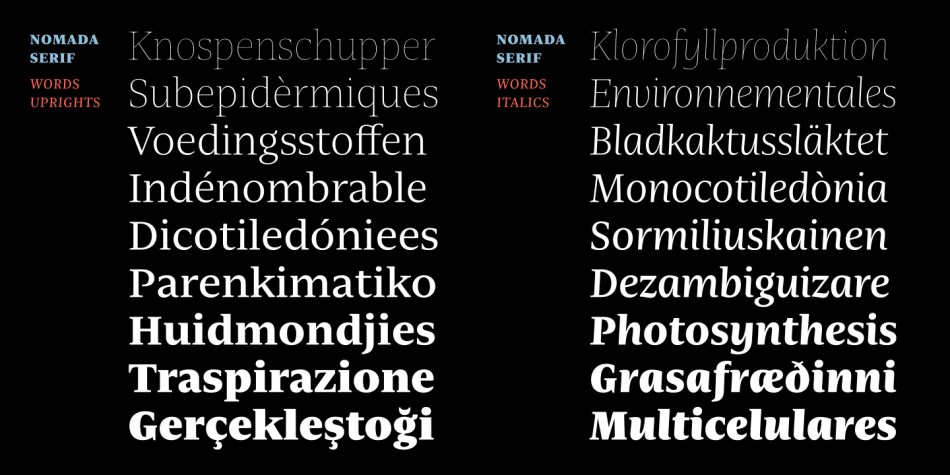 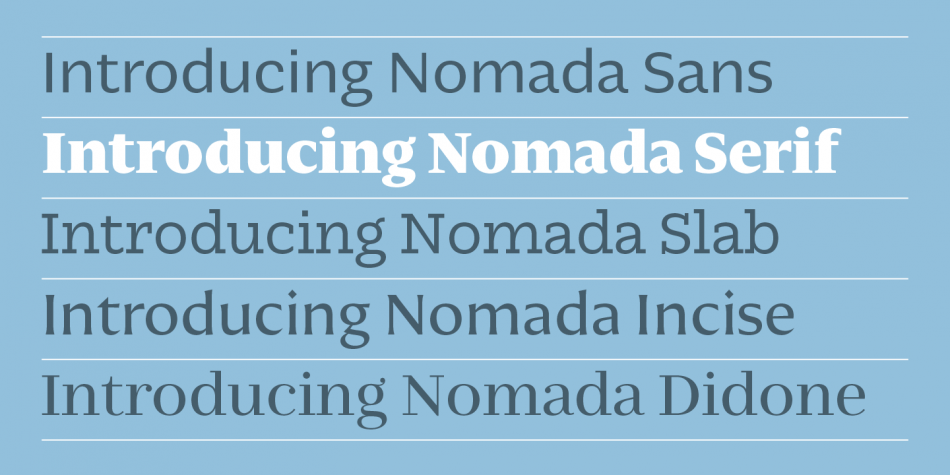 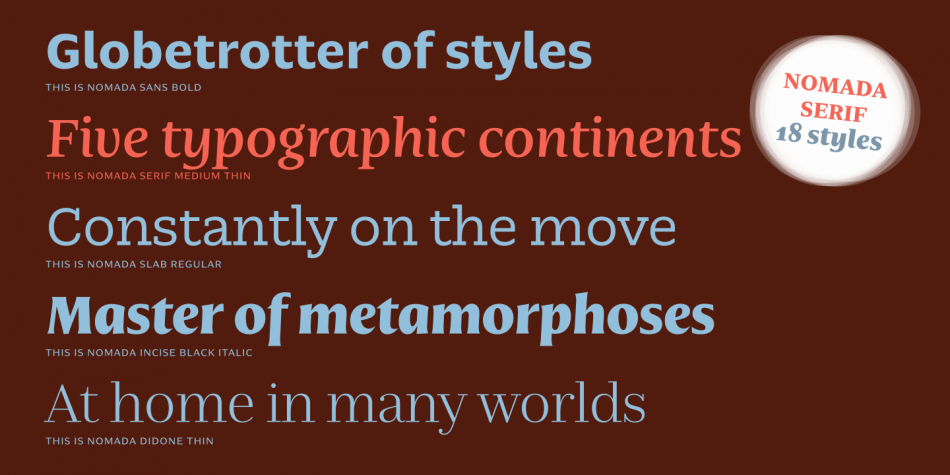 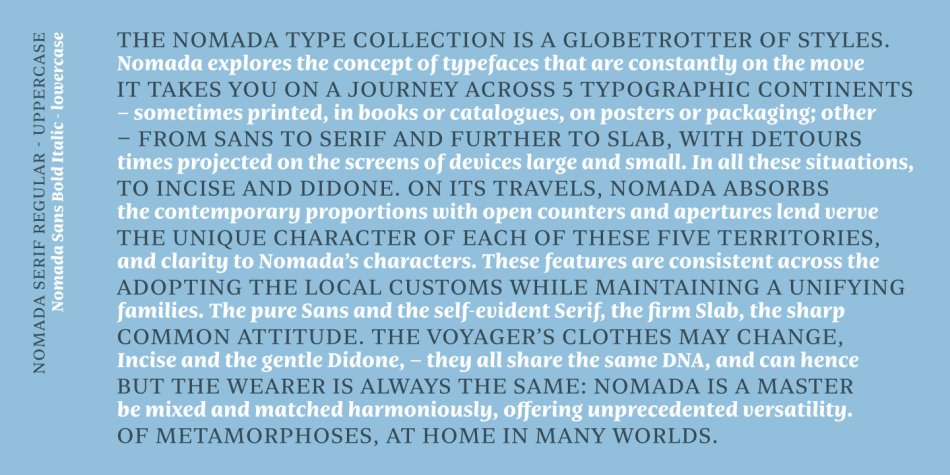 Designed by Jordi Embodas, Nomada Serif is a serif font family. This typeface has eighteen styles and was published by Tipografies.

Nomada Serif has a very particular appearance. It combines the characteristics of different genres; most notably the upright stress of neo-baroque types with the reduced contrast of humanist serif faces. While its design is influenced by these historical models, its proportions give Nomada Serif an undeniably modern appearance.

The nine weights of Nomada Serif from Hair to Extrablack with italics match the corresponding weights of the other families. Clear yet modest serifs, a large x-height, short ascenders and descenders, and open character shapes make Nomada Serif a versatile, compact text face.

The light and black weights – as well as the almost upright italics – can lend their charm to titles, headings, pull quotes and more.