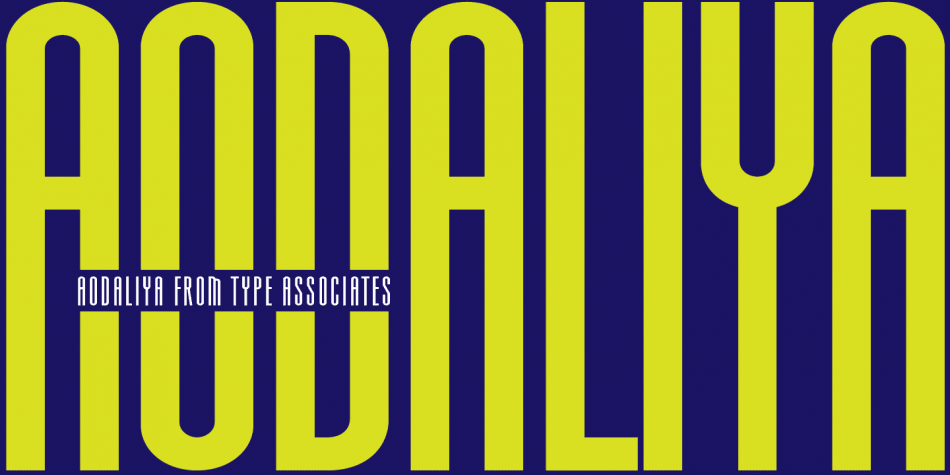 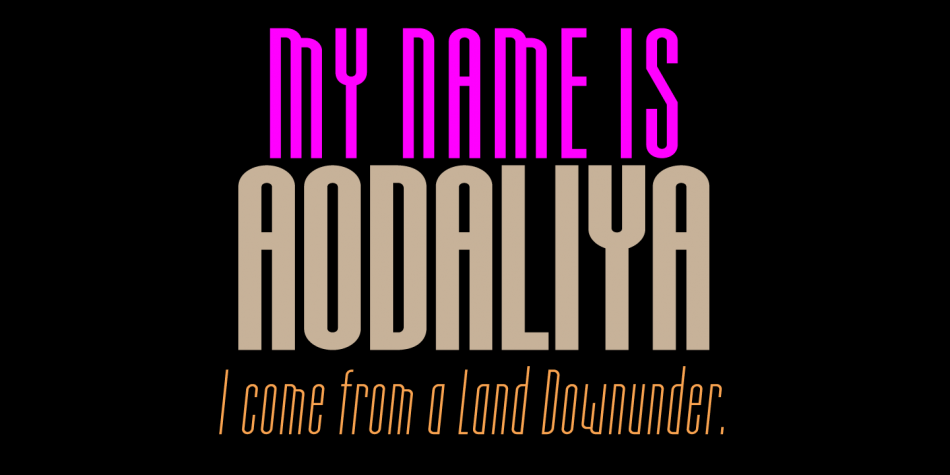 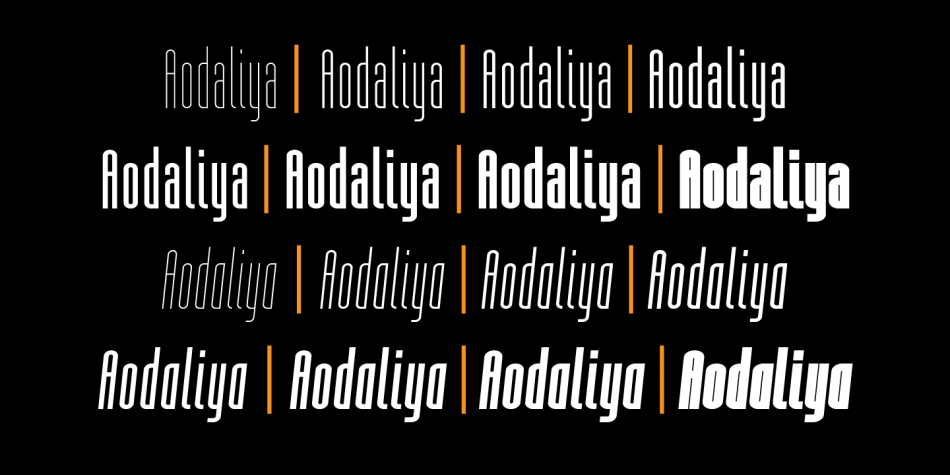 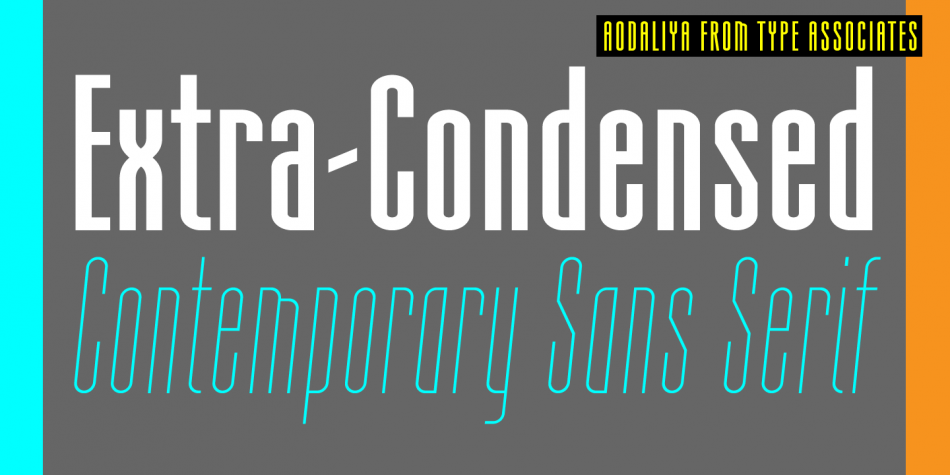 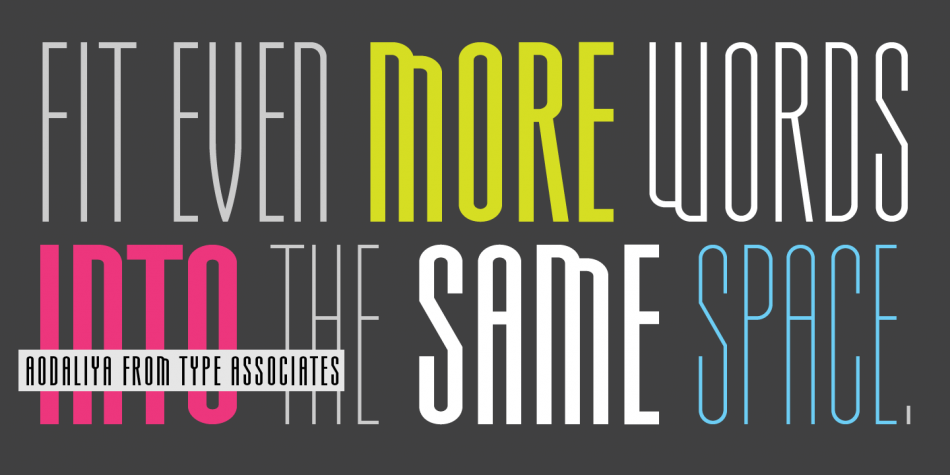 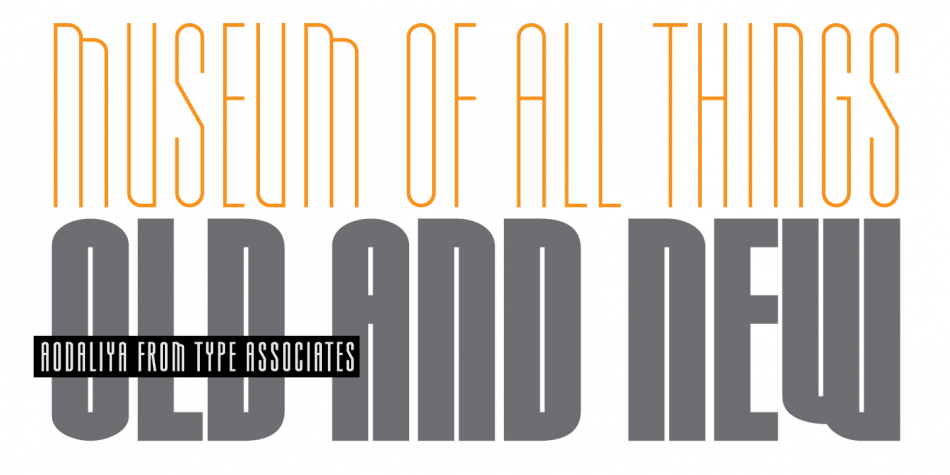 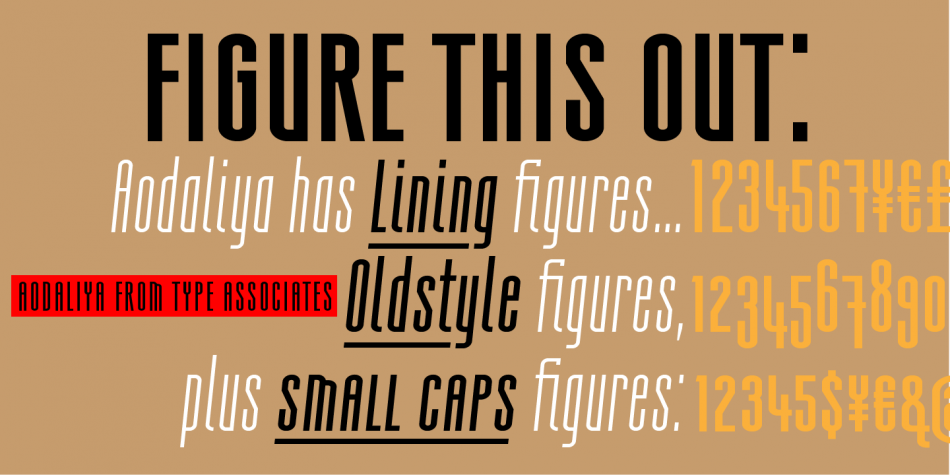 Designed by Russell Bean, Aodaliya is a display sans font family. This typeface has sixteen styles and was published by Type Associates.

As a practicing graphic designer there have been numerous occasions when I have needed a font that didn’t exist. More often than not the style I was looking for was described as an extra-condensed sans-serif with a contemporary look that was available in a variety of weights. Small caps would be useful, so would a range of numeral styles. And matching italics too, of course. The proportions would consider viewing on hand-held devices, cell phones, remote controllers. And not forgetting that the font would be used in situations which required stacking the lines close. So the overshoots needed to be eliminated – the exaggeration of extremities that are intended to avoid round characters appearing smaller than their more squarish counterparts, often colliding when linespacing is tight. As I refined the typeface, I used it on a few works-in-progress which provided a valuable testing ground proving popular with my clients. Aodaliya comes in 8 weights with italics for all weights, small caps to match lowercase x-height, proportional lining, oldstyle and also small caps figures which can be accessed through the Opentype palette.