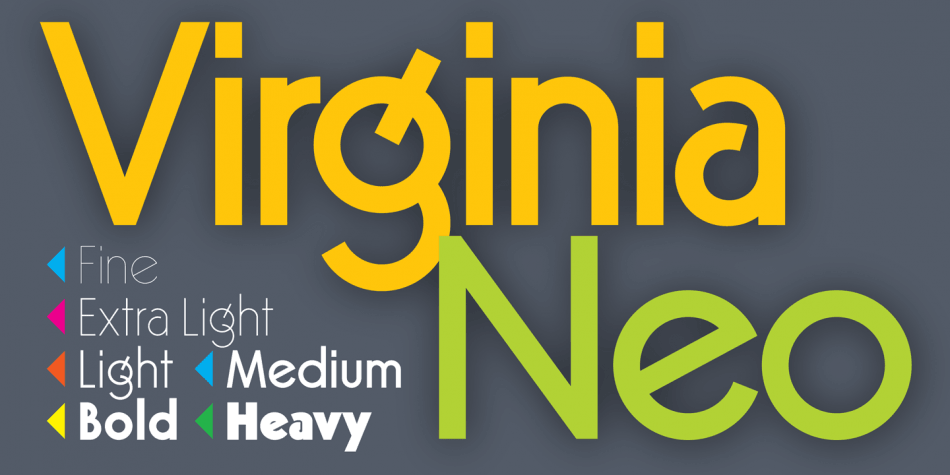 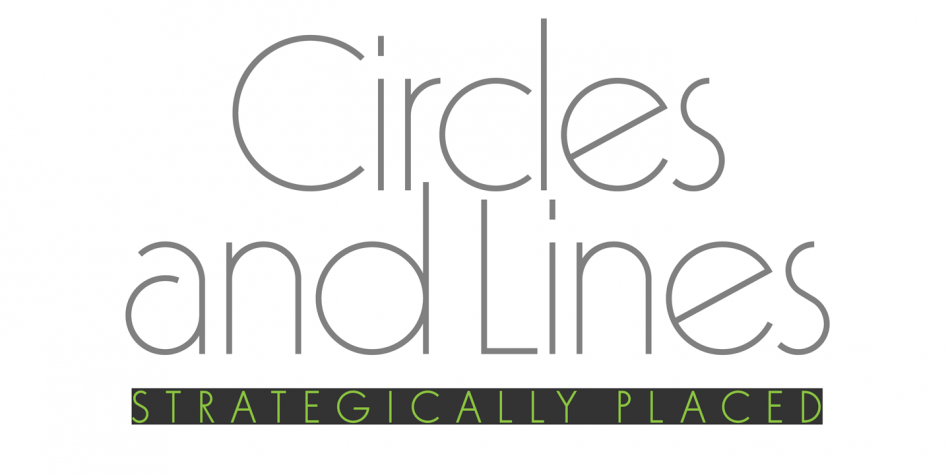 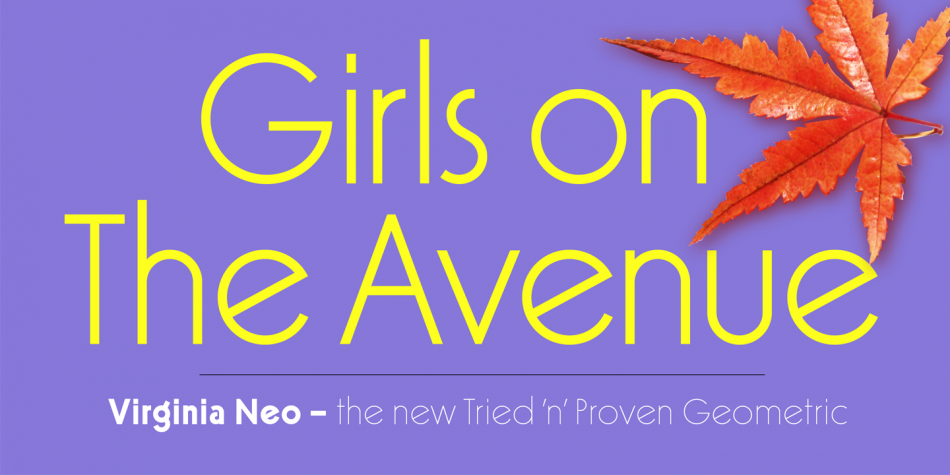 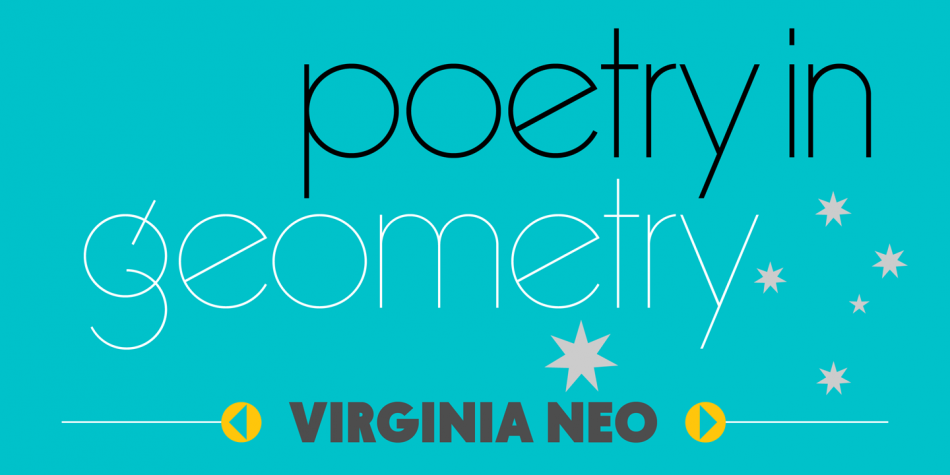 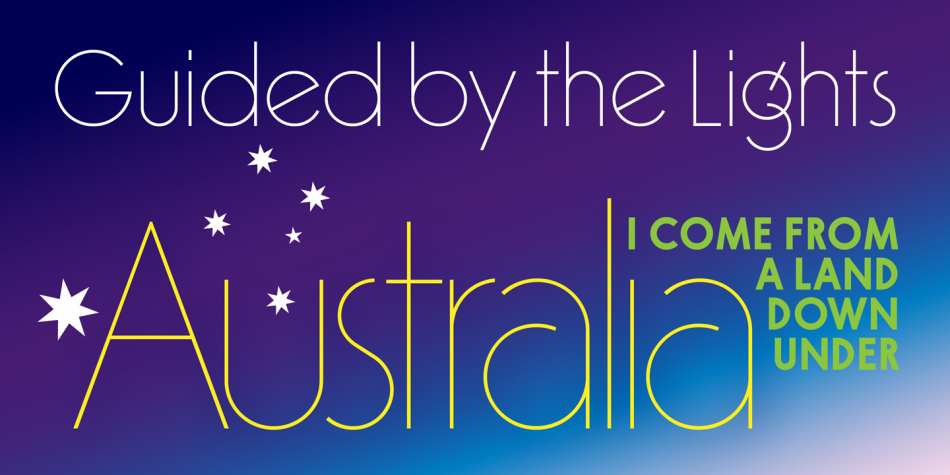 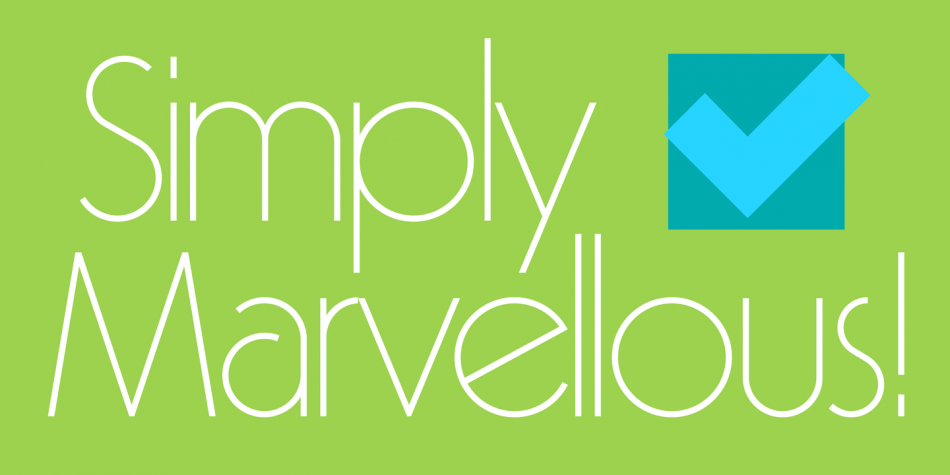 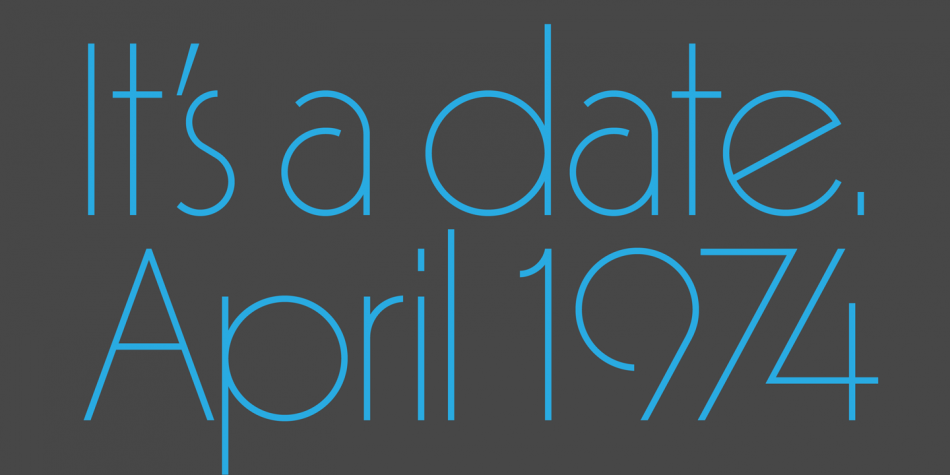 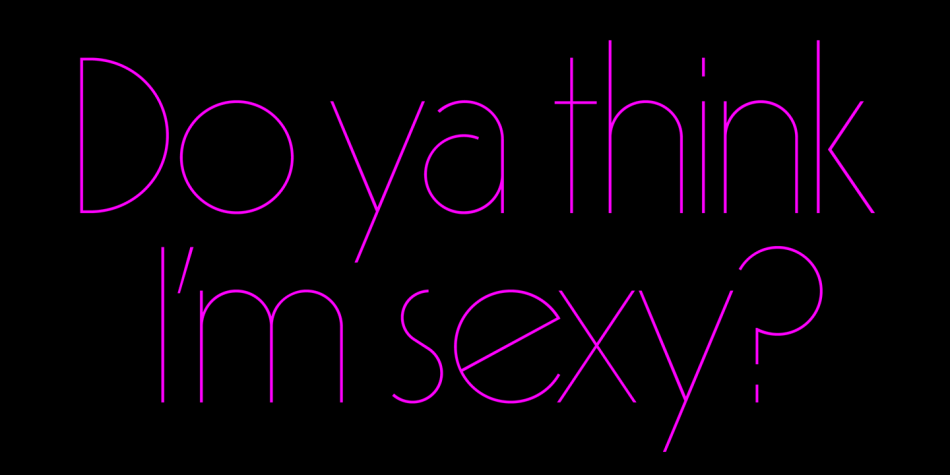 Virginia Neo is an art deco font family. This typeface has six styles and was published by Type Associates.

Virginia Neo is more than an update to the original Virginia family, which was designed in 1970 and was strongly influenced by the popularity of Futura and Kabel in that era. Virginia Neo is a completely redrawn version based on the original design which won its designer first place ahead of 5,000 other submissions to the Lettergraphics International Typeface Design Competition in the same year. The original typeface family included 5 weights, the lightest of which was omitted from the initial 2008 digital offering but has been included in the Neo version, along with a Heavy weight rounding out a family of 6. Each typeface includes more than 400 glyphs, enough to satisfy more than 80 languages, plus a smattering of ligatures, useful geometric ornaments, and arrows.
Virginia Neo fits the compact, comfortable-tightness of seventies-retro typography currently re-emerging in today’s advertising. Its high readability, femininity, and elegance make it suitable for subheads, headlines, posters and branding.