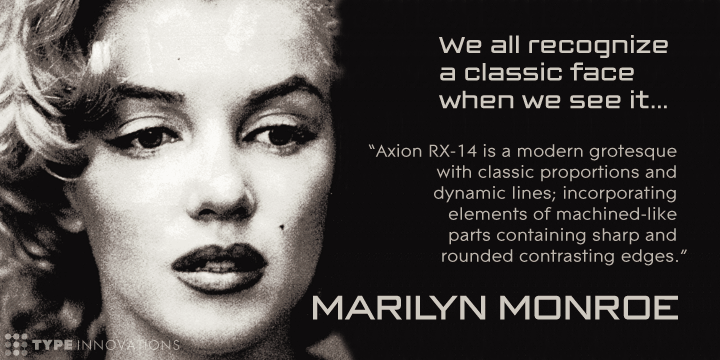 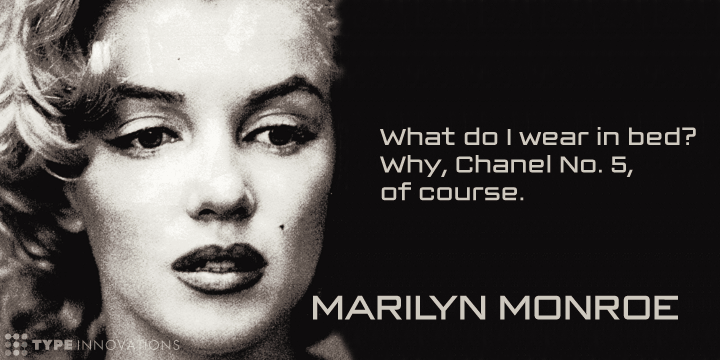 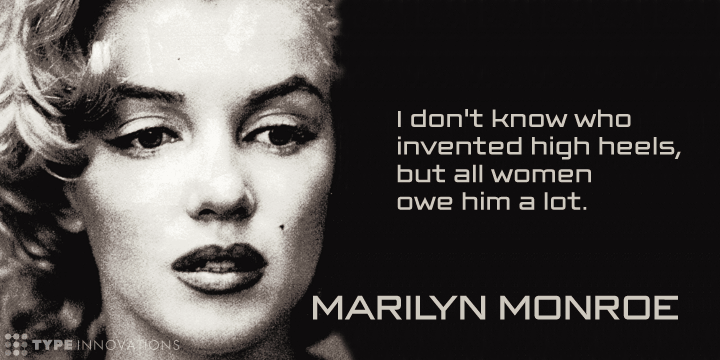 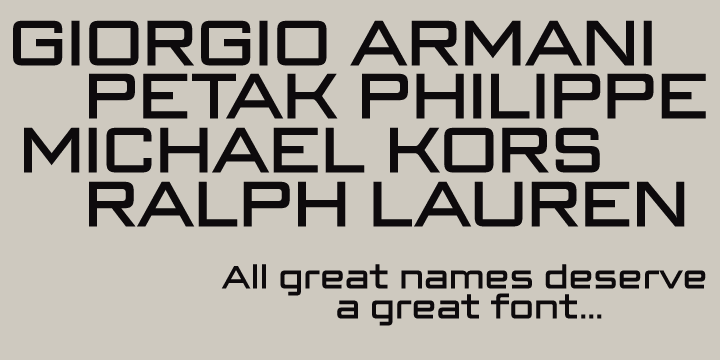 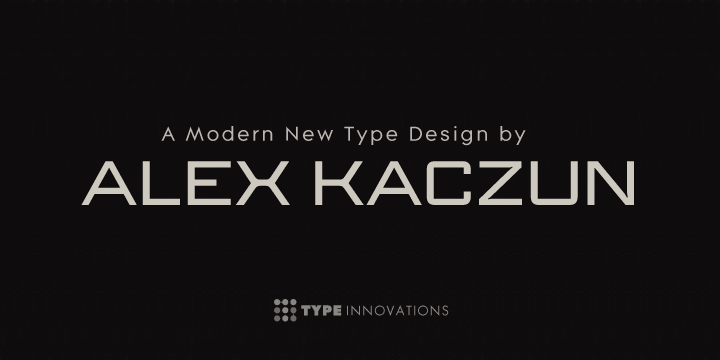 Axion RX-14 is an original design by Alex Kaczun. It is but one of several alternate designs based on his original Axion family of fonts.
Alternate design elements, specifically on capitals like ‘A’ , ‘V’ and terminals of ‘C’ and ‘G’, along with contrasting sharp and rounded corners, create a tension within this modern grotesque and add a class of distinction and interest. This display font is not intended for text use. It was designed specifically for display headlines, logotype, branding and similar applications. The entire font has an original look which is strong, dynamic, machine generated and can be widely used in publications and advertising.
Axion RX-14 is a futuristic, techno-looking and expressive typeface with an appearance of machined parts with sharp and rounded edges. This attractive display comes in roman with lower case and lining figures.
The large Pro font character set supports most Central European and many Eastern European languages.