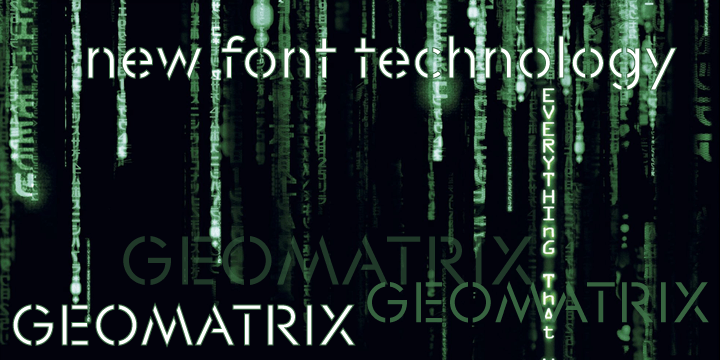 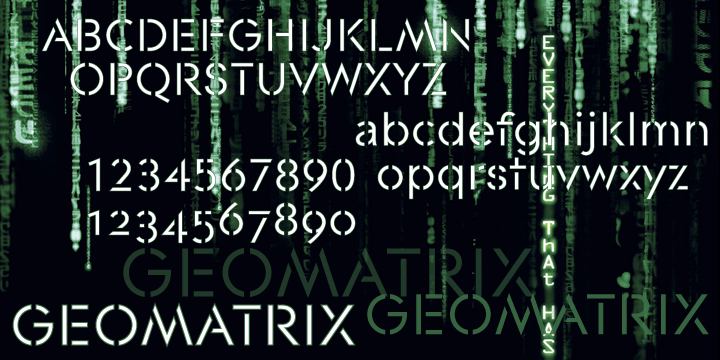 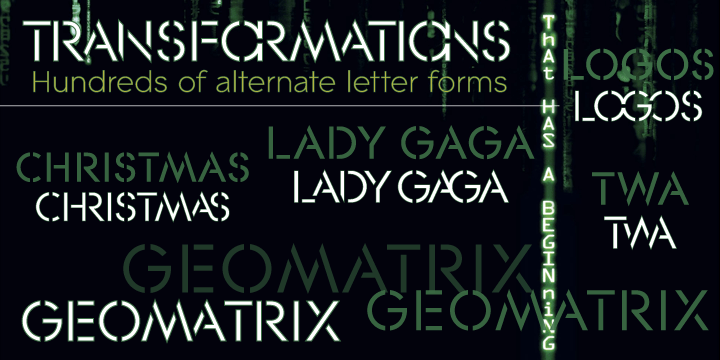 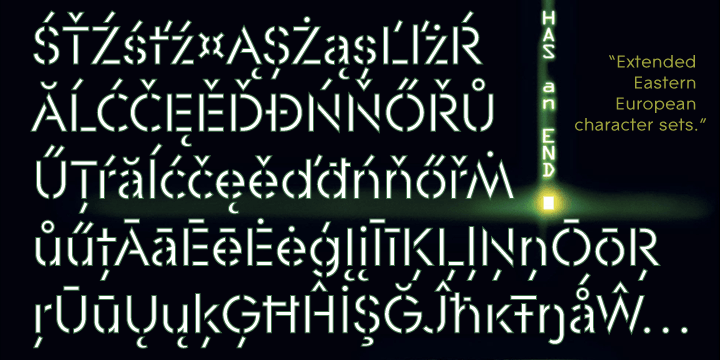 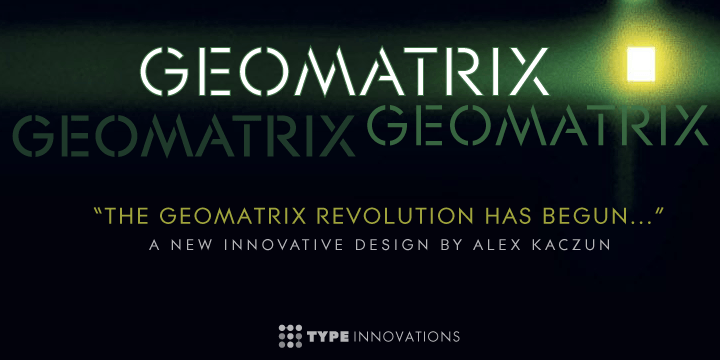 Geomatrix is a stencil font published by Type Innovations.

The font ‘Geomatrix is an original design by Alex Kaczun. It is a dynamic stencil interpretation based on his extremely successful ‘Contax Pro’ family of geometric sans typefaces. However, this is no ordinary stencil typeface. Geomatrix is a font on ‘STEROIDS”! This unique OpenType font incorporates hundreds of alternate “CAPITAL” letter forms and glyph substitutions, automatically and on the fly, within InDesign and other OT applications. In addition, the character sets have been expanded to include ‘oldstyle figures’ and all ‘Eastern European’ accented glyphs. A revolution in new font technologies has begun!